Republicans who are–let’s face it–liberal are often heralded in the press for their “independence.” When a Republican exercises party independence from the right, however, he’s unlikely to get similar mainstream-media adulation.

Luckily, though, there are alternatives to the mainstream media. And here we are.

In the midst of this now over three-week-old Harriet Miers Supreme Court nomination mess, more than a few Republicans have played their cards close to the vest (see Senate Judiciary Committee member Tom Coburn (R., Okla.) and John Thune). Wait-and-see is a safe strategy. Presidential hopeful George Allen, for instance, is waiting to hear what Miers has to say for herself during the hearings; his guiding principle is decidedly Right: “I don’t want to be complicit in another Souter or another Kennedy.” A few conservative politicians, understandably–like Texas team player John Cornyn, Miers’s fellow Texan–have gone all out in defense of Bush’s nominee. But then there have been others who have spoken some sense to White House spin nonsense.

In the three weeks of GOP Miers flacking, some of the most ineffective and insulting lines of defense have been that Harriet Miers is a woman so she’s qualified for the Supreme Court, she prays so conservatives should love her, and the president likes her so that’s that. It’s been an embarrassingly lame campaign from the White House, the Republican National Committee, and their surrogates. Conservative writers, radio folks, and others–including Rush Limbaugh, Laura Ingraham, Bill Kristol, George Will, Charles Krauthammer, John Fund, Michelle Malkin, and many NROers including Kate O’Beirne and former White House speechwriter David Frum–have taken some of that inanity on (and continue to). But that’s what we do. We don’t have to get reelected. We don’t need party money, etc. (Though going to the White House the same day you’re quoted calling the president “patronizingly sexist” in the Washington Post is not all that comfortable, let me tell you). For the elected official, though there may be ulterior motives (press attention, making a name, etc.), it takes a little more guts to publicly take on the leader of your party–especially if he happens to be president, and (in some politicians’ cases) went out and campaigned for you, besides being someone you generally support. So, kudos to those who do stick up for principle, despite those loyalties. Here are a few worth noting. Others are encouraged to join the roll.

On October 12, Marsha Blackburn, a Republican congresswoman from Tennessee in her second term, issued the statement:

Harriet Miers’ nomination to the U.S. Supreme Court has raised legitimate concerns regarding her qualifications within the conservative community. It’s perfectly acceptable for the American people and their elected representatives to debate the merits of each nomination. The suggestion that criticism of Ms. Miers’ nomination is motivated by sexism or elitism is absurd and insulting. I’ve read several well reasoned, articulate columns debating this nominee’s record and I’ve spoken with conservatives across my district who deserve to have their concerns taken seriously and not dismissed as elitist or sexist. I hope these charges will cease so the U.S. Senate can get down to the real business of reviewing the nominee’s qualifications for this lifetime appointment.

Does the White House actually think Congresswoman Blackburn is a misogynist?

The White House Asks, What’s the Matter with Our Man from Kansas?

Though I fault him for contributing to the silly conventional wisdom that the president had to choose a woman for this Supreme Court opening in the first place, Sam Brownback, Republican senator from Kansas who sits on the Senate Judiciary Committee, has remained, as the “paper of record” put it, “cool” to Miers. Which, when you’re a conservative voice on the Hill, a member of the Senate Judiciary Committee, and a presidential wannabe (though a long long shot), is not helpful to the White House. The morning after Brownback met with Harriet Miers, during the first week of the Miers rollout, the New York Times reported, “He said he would consider voting against the nomination, even if President Bush made a personal plea for his support.”

Now a Little, Later a Lott

While noting his desire to be a team player, California Republican congressman John Doolittle has called the Miers pick “a real disappointment.” He said, “As a conservative, it troubles me that we would blow this kind of an opportunity,” said Doolittle. “Maybe it’s not blown. But it’s an act of faith at this point. President Bush knows and the rest of us don’t.”

New Jersey Republican Scott Garrett has not shied away from talking about conservative disappointment with the Miers choice. He told the Washington Times: “We really just want to trust the president on this as we did on so many big issues in the past–homeland security, Iraq. At the same time, there is a feeling of being let down, as if all the work conservatives have done in the last few years has been for naught.”

What Do I Tell Janice?

California Republican Dan Lungren is a congressman trying to trust–but it’s not easy and maybe not wise, he realizes. “Most of us don’t know that much about her,” Lungren has said. “Hopefully the president can make the case for her. But I don’t think the nominating process should be a game of hide and seek.” He’s worried though about the message it sends others (who might have been better qualified for the slot?). “What does this say about people like Janice Rogers Brown, who I think is brilliant?” he has asked.

Give Me a Good Court Pick…

Sexism? North Carolina Republican Patrick McHenry has called his fellow Republicans on that nonsense. Talking about conservative constituents, he told the Washington Times, “They say it’s a lame argument the Left always falls back on. It irks our base votes but doesn’t convince them of her worthiness to be on the court.”

Perhaps the strongest statement from the Senate has come from former Majority Leader Trent Lott. In an MSNBC interview on Wednesday, Oct. 5, Lott said that Miers is ”clearly not the most qualified person for the job”–something that seems pretty clear.

Rick Santorum, junior senator from Pennsylvania, may be the Republican with the most to lose if Harriet Miers is not the next Antonin Scalia or Clarence Thomas–and if it is not clear she is one of the aforementioned before November 2006. He is the senator the Left would most like to unseat in the midterm elections, and being double-digits behind in the polls, he’s not in a position to lose any friends right now.

Even so, last Thursday in an interview, Santorum criticized the president’s “trust me” approach to the nomination: “I am concerned President Bush nominated someone who is a blank slate. I’m disappointed that he wanted to nominate someone like that instead of someone with a record.” Santorum said, “It is what I term the president’s second faith-based initiative, which is ‘trust me.’ I think, candidly, we deserve better than that.”

In the White House, that had to hurt.

Presidential hopeful and Massachusetts governor Mitt Romney, who, unlike Santorum, has the advantage of not being in the Senate, has also expressed his disappointment, putting himself in the Bob Bork camp (Judge Bork, by the way, called the Miers nomination “a disaster.”). He spoke respectfully of Miers to Laura Ingraham, but still expressed doubts: “She’s a very capable and purposeful individual. But obviously our highest hope had been for someone who had the credentials and track record that would suggest an ability to move the court’s opinion in an intellectual direction over a number of decades.”

Just Tuesday morning (week three), the Louisiana Republican David Vitter added his name to the skeptical. In a press release, he says:

In terms of her background and experience, I’m hearing it described as very “practical.” I just want to make sure she’s not practical like a lot of political people are–with no consistent philosophy and without the will to stand up against popular attitudes when they’re not grounded in the Constitution.

On Tuesday afternoon, Nevada Republican Senator John Ensign said in an interview that “I think this is too big of a vote just to trust the president or anybody else.”

Respectfully, Minnesota Republican Norm Coleman is asking questions. “I trust the judgment of the president on judges, and typically, I would give some deference to that before making a final conclusion,” Coleman said in an interview Tuesday. “On this one, even having a relationship with him, I go into this with a lot of questions.”

And don’t call him an elitist.

This nomination is a mess, with supporters of the White House–folks who would be enthused to support a solid nominee for the Supreme Court–put in unnecessarily awkward positions as the White House just can’t make the case for the Miers choice. This does not have to continue. As National Review recommended on Friday: “The president could . . . start over. Both he and his party would probably benefit from having the clear fight over the direction of the courts that only a new nominee would allow. But for that to happen, some conservative senators are going to have to send a diplomatic message to the White House.” A lot of that diplomacy will happen behind the scenes. But the public company can’t hurt–a support system that encourages people to defend the right principles. So: Keep ‘em coming, pols. Be leaders. 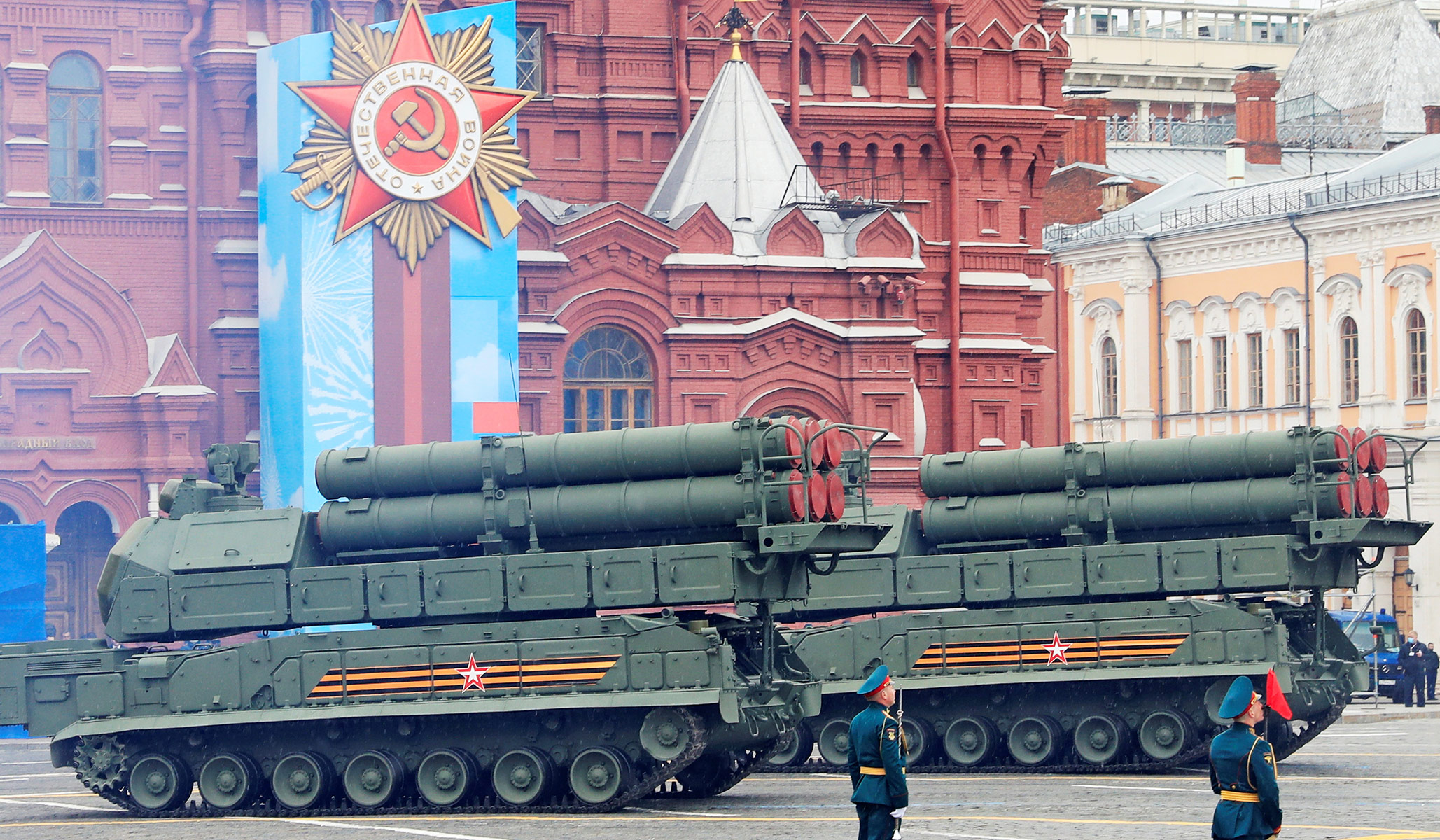