Historians sought to preserve “the guise of impartial scholarship" while advancing ideological goals.

Forty years after the Supreme Court’s landmark decision in Roe v. Wade, prominent historians and lawyers continue to rely on a narrative history that is based on two demonstrably false premises: (1) abortion was a common-law liberty at the time of the American founding and (2) the primary purpose of anti-abortion laws in the 19th century was to protect women rather than the lives of unborn children. In the 1960s and 1970s, lawyers trying to build a case against century-old state abortion statutes trumpeted these two claims, all the while knowing they were false.

The point of these historical claims, as Ramesh Ponnuru has noted, was to portray “anti-abortion laws as an aberration from an American tradition” and “Roe as the restoration of that tradition.” But in reality abortion never amounted to anything approaching a protected liberty in the common law (even in situations where abortion was not considered an indictable offense), and the primary rationale given by those who advocated strict state abortion laws in the 19th century was unequivocally the protection of the lives of the unborn. Even so, old myths die hard, and many commentators continue to repeat or repackage these two claims.

In their book Roe v. Wade: The Abortion Rights Controversy in Historical Perspective (2010), N. E. H. Hull and Peter Charles Hoffer offer a succinct summary of what has become orthodox abortion history. In the early American republic, abortion “was one of the many choices that women made on the reproductive continuum from conception to birth,” the authors claim, but in the mid-19th century the “criminalization of abortion fit the overall gendering of law, in which male lawgivers asserted that women must be protected against their own weakness and immorality in having unwanted children and then seeking the assistance of abortionists.” In her award-winning book Ourselves Unborn (2011), historian Sara Dubow similarly concludes that “the debate about abortion [both in the 19th century and today] is less about the life and rights of the fetus than it is about women’s role in society.”

The scholarly pedigree for these claims can be traced back to Cyril Means, the New York Law School professor and counsel for the National Association for the Repeal of Abortion Laws (NARAL), who took the lead in drafting the new abortion history in the 1960s. In a 1968 article published in the New York Law Forum, Means set out to reveal “for the first time” that the true purpose of 19th-century abortion laws was to protect women, not unborn children. In a follow-up article published in 1971, he purported to uncover a related “story, untold now for nearly a century”: that “English and American women enjoyed a common-law liberty to terminate at will an unwanted pregnancy, from the reign of Edward III to that of George III,” and that this “common-law liberty endured . . . in America, from 1607 to 1830.”

The practical purpose of Means’s abortion history was clear. Writing on the cases of Doe v. Bolton and Roe v. Wade (both docketed at the Supreme Court in 1971), Means concluded: “Should the merits be reached in either case, counsel and the Court may find the present conspectus of the Anglo-American legal history of abortion of assistance; for, only if in 1791 elective abortion was a common-law liberty, can it be a ninth-amendment right today.” Roe’s attorney, Sarah Weddington, submitted copies of Means’s articles as supporting documents for the case and then relied heavily on his history during oral arguments. The effort seems to have paid off: Justice Harry Blackmun cited Means seven times in his Roe opinion. Recounting her reaction when the opinion was released, Weddington wrote, “I had not been reading the extensive footnotes at the bottom of each page closely, but sure enough, when I did I found several referring to Cyril Means’s writings; I knew he would be pleased.”

The problem (as Weddington almost certainly knew) is that Means’s central claims were not true. In a memo circulated among Roe’s legal team in the summer of 1971, a Yale law student named David Tundermann warned that Means’s “conclusions sometimes strain credibility.” Even so, Tundermann tellingly concluded:

Where the important thing to do is to win the case no matter how, however, I suppose I agree with Means’s technique: begin with a scholarly attempt at historical research; if it doesn’t work out, fudge it as necessary; write a piece so long that others will read only your introduction and conclusion; then keep citing it until the courts begin picking it up. This preserves the guise of impartial scholarship while advancing the proper ideological goals.

For the sake of legal advocacy, many historians have continued to take this tack in writing abortion history. Amicus briefs signed by several hundred professional historians and submitted to the Court for Webster v. Reproductive Health Services (1989) and Planned Parenthood v. Casey (1992) doubled down on Means’s new abortion history while adding new layers of fabrication. The briefs’ two principal claims were that “the common law recognized a woman’s right to choose abortion” and that “nineteenth-century laws restricting access to abortion were not based on a belief that the fetus is a human being.” Prominent legal scholars such as Ronald Dworkin and Laurence Tribe have relied uncritically on the history presented in the briefs, and many journalistic accounts (such as Jeffrey Toobin’s 2009 précis of abortion history for The New Yorker) continue to take this deliberately distorted historical narrative as their starting points.

Yet easily accessible historical texts and documents demonstrate the frivolity of Means’s historiography. In order to establish that abortion was a common-law liberty at the time of the American founding (and therefore presumably protected by the Ninth Amendment), Means tried to demonstrate that “those who framed the original Constitution and helped frame the Bill of Rights . . . did not think that a foetus was a person.” Citing evidence of this thesis, Means maintained that one “could do no better than to consult” Samuel Farr’s Elements of Medical Jurisprudence (1787), a text that described the early embryo as “not a human creature” and maintained that “were a child to be born of the shape which it presents in the first stages of pregnancy, it would be a monster indeed, as great as any which was ever brought to light.” But in context it is clear Farr was referring to deformed adults in addition to embryos when he used the antiquated but technical term “monster,” and his phrase “human creature” was meant to signify the form (rather than the species) of the early embryo. It is clear Farr did consider the unborn to be human beings, and his observations about their form and stage of development had no bearing on the question of their moral status.

Just a few pages later, when Farr did consider the question of abortion, he insisted that life begins at conception and that “nothing but the arbitrary forms of human institutions can make it otherwise.” Leaving no room for ambiguity or misunderstanding, Farr even went on to editorialize that “there is no doubt” that “abortions, or the destruction of those unborn embryos which were never brought into the world,” though they might have lived and “become of use to mankind, . . . ought to be considered a capital crime.”

Means’s historical case was weak (to put it mildly), given his insistence that one could do no better than to consult Farr’s medical treatise for evidence that the unborn were considered non-persons in the late 18th century. The same can be said of his argument that “the sole historically demonstrable” purpose of 19th-century abortion laws was the protection of women. A clear statement of legislative purpose can be found in a report written by the Ohio Senate Committee on Criminal Abortion and reprinted in the appendix to the 1867 state legislative journal. In a report recommending passage of an Ohio abortion statute that would remain on the books until the Supreme Court’s decision in Roe v. Wade, the senate committee described abortion as “child-murder” and insisted that the “foetus in utero is alive from the very moment of conception.” Quoting Thomas Percival’s 1803 textbook Medical Ethics, the committee went on to describe abortion as “a crime of the same nature, both against our Maker and society, as to destroy an infant, a child, or a man.” The reason given for the statute was simple: “The willful killing of a human being, at any stage of its existence, is murder.”

The suggestion — still made today by credentialed historians, legal scholars, and respected journalists — that protecting the lives of the unborn was not the purpose of the abortion statutes overturned by the Supreme Court in 1973 is absurd. Although the role of history in abortion litigation has quietly faded to the background in the Court’s most recent abortion cases, it bears noting that the politically motivated abortion history crudely constructed by activists and academics in the 1960s and 1970s has enjoyed a remarkable shelf life. Forty years after Roe v. Wade, as we debate the legacy of the decision and consider the state of abortion politics, it is time to lay to rest this fraudulent history — a history that would be far less tragic if it did not involve matters of life and death.


— Justin Dyer teaches political science at the University of Missouri. He is the author, most recently, of Slavery, Abortion, and the Politics of Constitutional Meaning (forthcoming from Cambridge University Press). 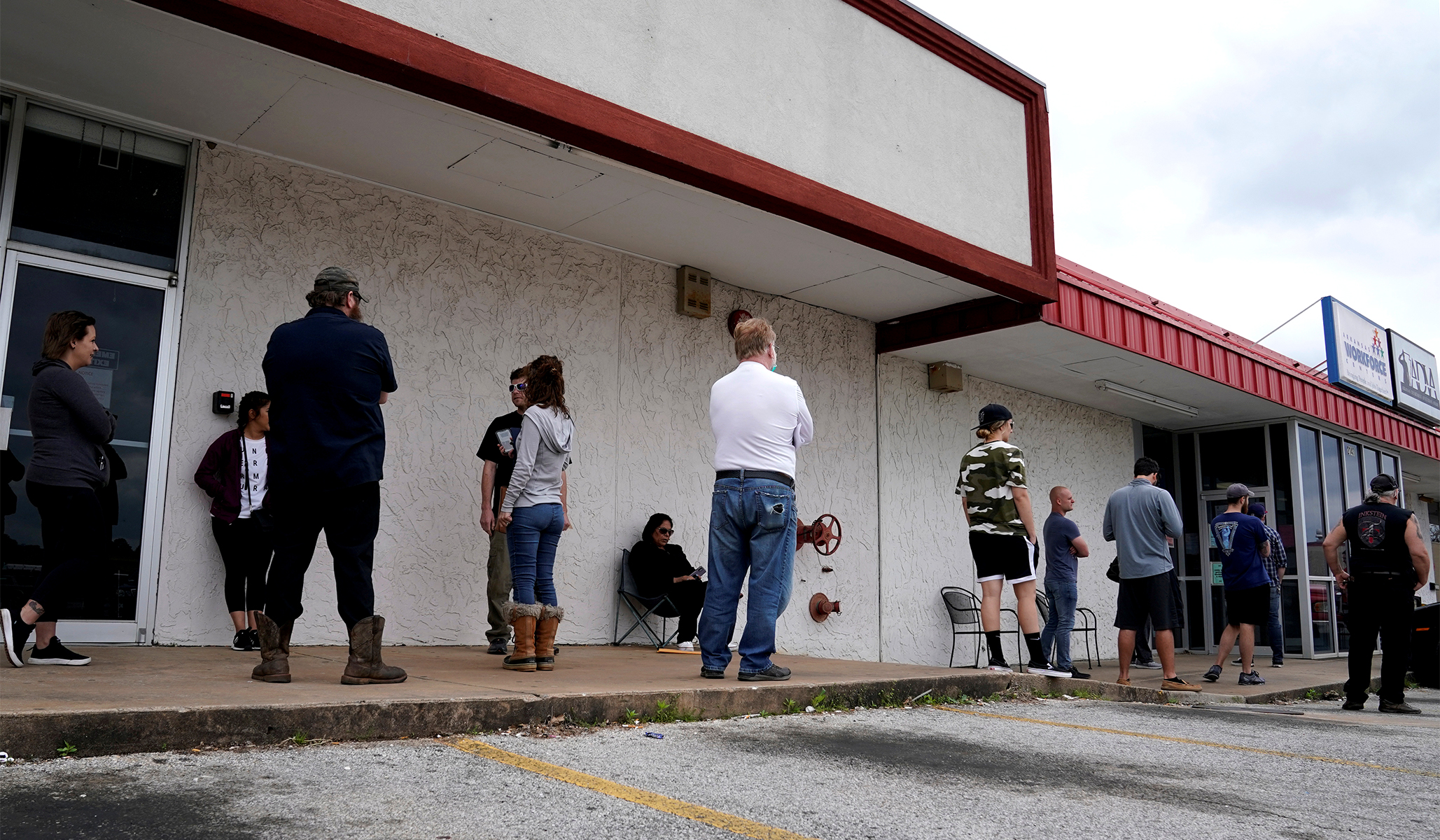 Biden refused to say the midterms will be legitimate if Democrats' voting legislation fails.
Zachary Evans 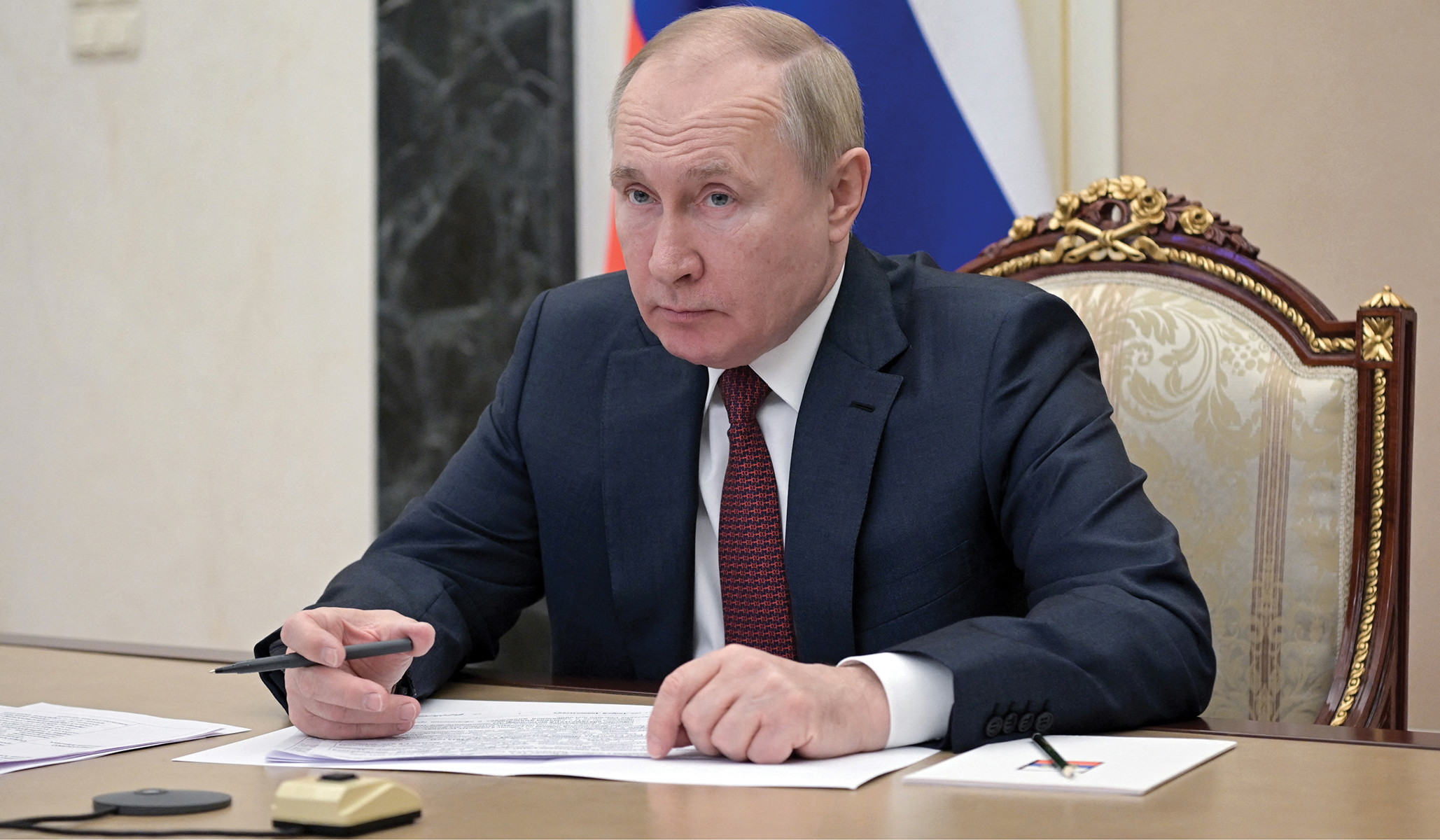 Under the new policy, transgender participation in a particular sport will be determined by that sport's national governing body.
Zachary Evans