We are today more willfully blind.

Today is the 20th anniversary of the World Trade Center bombing. It also marks three weeks since the attempted murder of Lars Hedegaard, the intrepid Danish champion of free speech. These events are not unrelated.

Back in 1993, there was a tireless effort to limn the WTC bombers as wanton killers. They were, we were to understand, bereft of any coherent belief system, unrepresentative of any mainstream construction of Islam. In reality, though, they were devout Muslim operatives who belonged to a jihadist cell formed in the New York area by Omar Abdel Rahman — whose notoriety as the shadowy “Blind Sheikh” obscured the basis of his profound influence over Islamists across the globe.

Sheikh Abdel Rahman is an internationally renowned Islamic jurist, having earned a doctorate in the jurisprudence of sharia — Islam’s societal framework and legal code — from Egypt’s al-Azhar University, the center of Sunni Islamic learning for over a millennium. Blind from early youth and plagued by several other maladies, Abdel Rahman was physically incapable of building a bomb, hijacking a jetliner, carrying out an assassination — in short, of performing any blood-soaked activity that would be useful to a terrorist organization . . . other than leading it.

It was nothing other than Abdel Rahman’s indisputable mastery of Islamic doctrine, and hence his capacity to give present-day vitality to a seventh-century summons to holy war, that vaulted him to the forefront of the jihad.

The World Trade Center bombing was Islamic supremacism’s declaration of war on the United States. It was a blunt statement by the savage shock troops of a worldwide movement that America — “the head of the snake,” as the Blind Sheikh called us — could be struck at home, right in the beating heart of economic liberty.

Despite serial atrocities, thousands of deaths, and a decade of war, we are today more willfully blind to the reason we were attacked than we were back in 1993 — back when our ignorance might have been excused by our homeland’s seeming invulnerability to the scourge of jihadist terror. Regardless of our reluctance to see it, mainstream Islam — the dynamic Islam of the Middle East, unadulterated by incentives to moderate, at least for a time, while settling in non-Muslim lands — is aggressively hegemonic. As proclaimed by another iconic supremacist, Muslim Brotherhood founder Hassan al-Banna, “It is the nature of Islam to dominate, not to be dominated.”

And to dominate for a very specific reason. Supremacists are not the irrational savages we have been so desperate for two decades to portray them as. Whether the jihad terrorizes by explosives, suffocates by the systematic subjugation of women and persecution of religious minorities in Islamic countries, or infiltrates by stealthily using liberty to undermine liberty in the West, the mission is always coherent and always the same: the imposition of sharia.

The rationale of jihadist terror is to diminish our resolve to resist the gradual erosion of freedom and the relentless demands of Islamists — especially, Islamists of the Brotherhood variety. After the Blind Sheikhs and the bin Ladens have softened up the target, it is the Brothers who beguile us. Impeccably well-mannered and wearing neatly tailored suits, they flack for Hamas and maintain, straight-faced, that free speech is not so much a right to condemn their totalitarian ideology as a responsibility to suppress examination of it.

In that ideology, the implementation of classical sharia is the necessary precondition for Islamizing a society. Sharia is the architecture for a global caliphate. This is why Egypt’s president, Mohamed Morsi, a Muslim Brotherhood chieftain, promised that when elected he would birth a new constitution enshrining “the sharia, then the sharia, and finally the sharia” — a promise on which he has followed through. This is the utopia of all Islamists, be they terrorists, or faux moderates who proclaim their willingness to pursue totalitarian ends by “peaceful political” means, or the Muslim masses who celebrate 9/11 and vote Brotherhood parties into power.

We did not want to acknowledge the sharia logic of the terrorists 20 years ago. We were told then that Islam had nothing to do with attacks on the West incited by Muslim jurists citing Muslim scripture.

There is no selling that fairy tale today, not after thousands of Americans have lost their lives. So the lie has become more aggressive, like Islam itself. While poseurs such as John Brennan — President Obama’s counterterrorism czar and nominee for CIA director — distort the meaning of jihad, Islamists and their fellow travelers seek not merely to suppress by intimidation but to criminalize by law the objective examination of Islamic supremacism.

We’ve gone from willful blindness to coerced silence. We see the wages of it in the Middle East as supremacists, under the guise of a “springtime” for freedom, strangle the region with sharia. As I detail in Spring Fever: The Illusion of Islamic Democracy (my e-book about the “Arab Spring,” which was released as a paperback today), the path taken by the Muslim Brotherhood rulers of Egypt follows — at a dizzying pace — the trail already blazed by Turkey’s Islamists, who are transforming a once-democratic, pro-Western society into an authoritarian sharia state.

Worse, we see the wages of coerced silence in the West, where the campaign to demagogue truth-tellers as “Islamophobes” — meaning, as racists — has devolved into an Islamist effort, supported by the Obama administration, to make speech about Islam a violation of international law.

That is where Lars Hedegaard comes in. Persecuted in his homeland for purported “hate speech” — his kangaroo conviction for noticing sharia’s assault on liberty was finally overturned by an appellate court — Hedegaard miraculously survived a point-blank shooting in Copenhagen on February 5. His assailant’s identity remains unknown, but not his assailant’s motive: the sharia mandate to suppress negative criticism of Islam by any means necessary.

When a nation defends itself from sharia encroachment, it is smeared as being “at war with Islam” and its truth-tellers are smeared as racists. But as Hedegaard wrote last week in the Wall Street Journal, “we are not.” Instead,

When I was a young Marxist during the 1960s and ’70s, these opinions used to be described as characteristic of the political left. Nowadays the defenders of such positions are routinely labeled as right-wing or as belonging to the “extreme right.” Meanwhile, what used to be the left is cozying up to holy men who want adulterous women to be stoned, homosexuals to be hanged, apostates from Islam to be killed, and 1,200-year-old laws emanating from somewhere in the Arabian desert to replace our free constitutions.

It is as true today as it was on February 26, 1993: Freedom cannot defend itself. It requires vigilant defense by culturally confident people who see their heritage of liberty as worthy of passionate defense. The Sheikh Abdel Rahmans of the world do not lack for cultural confidence. They see themselves as winning — they’ve seen it that way every day for the last 20 years.

Are they prophetic? When the West responds to the World Trade Center bombing and the war it launched by shunning their Lars Hedegaards, rather than emulating them, can it be otherwise?

— Andrew C. McCarthy is a senior fellow at the National Review Institute and the executive director of the Philadelphia Freedom Center. He is the author, most recently, of Spring Fever: The Illusion of Islamic Democracy, which is published by Encounter Books. 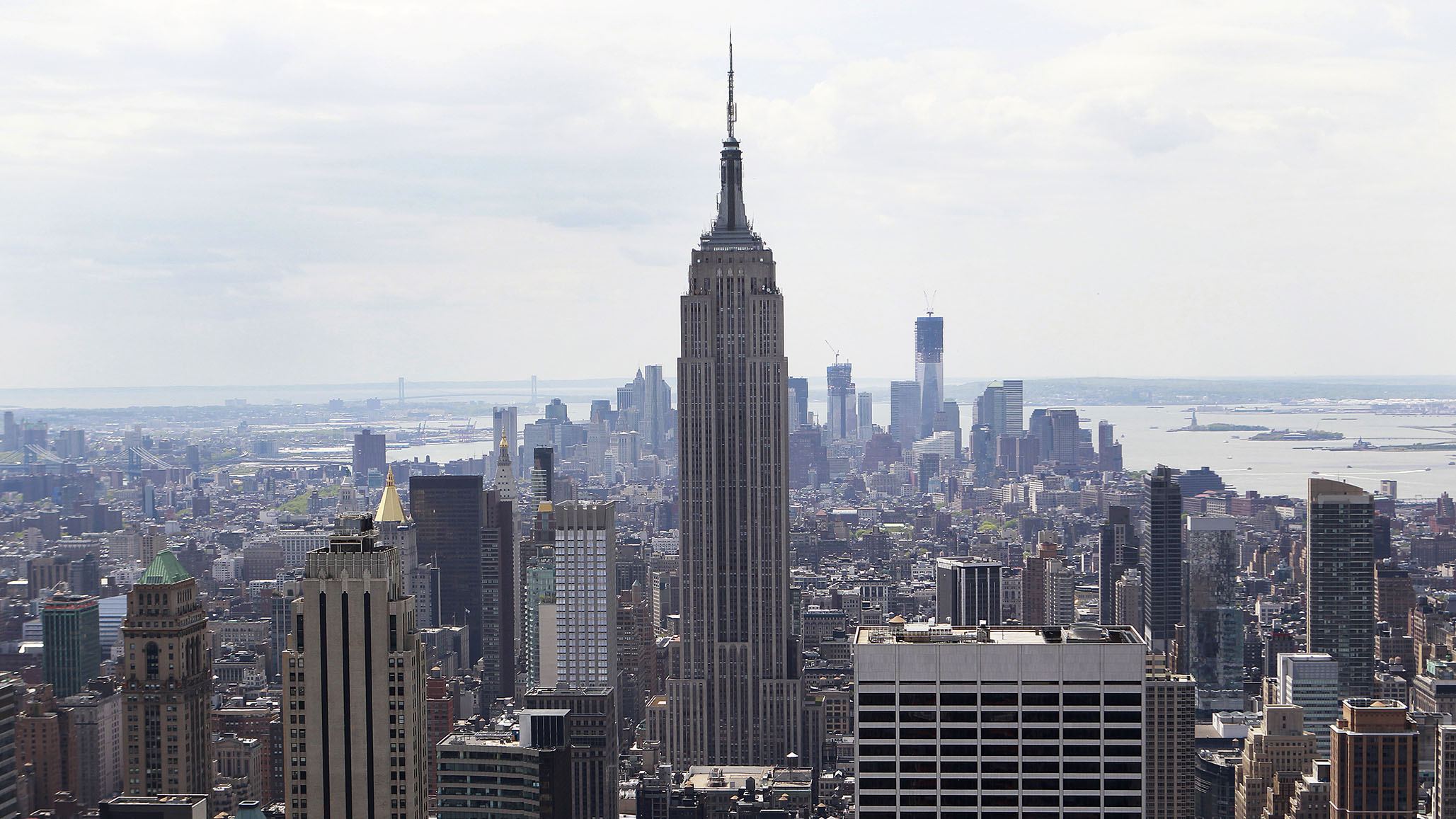 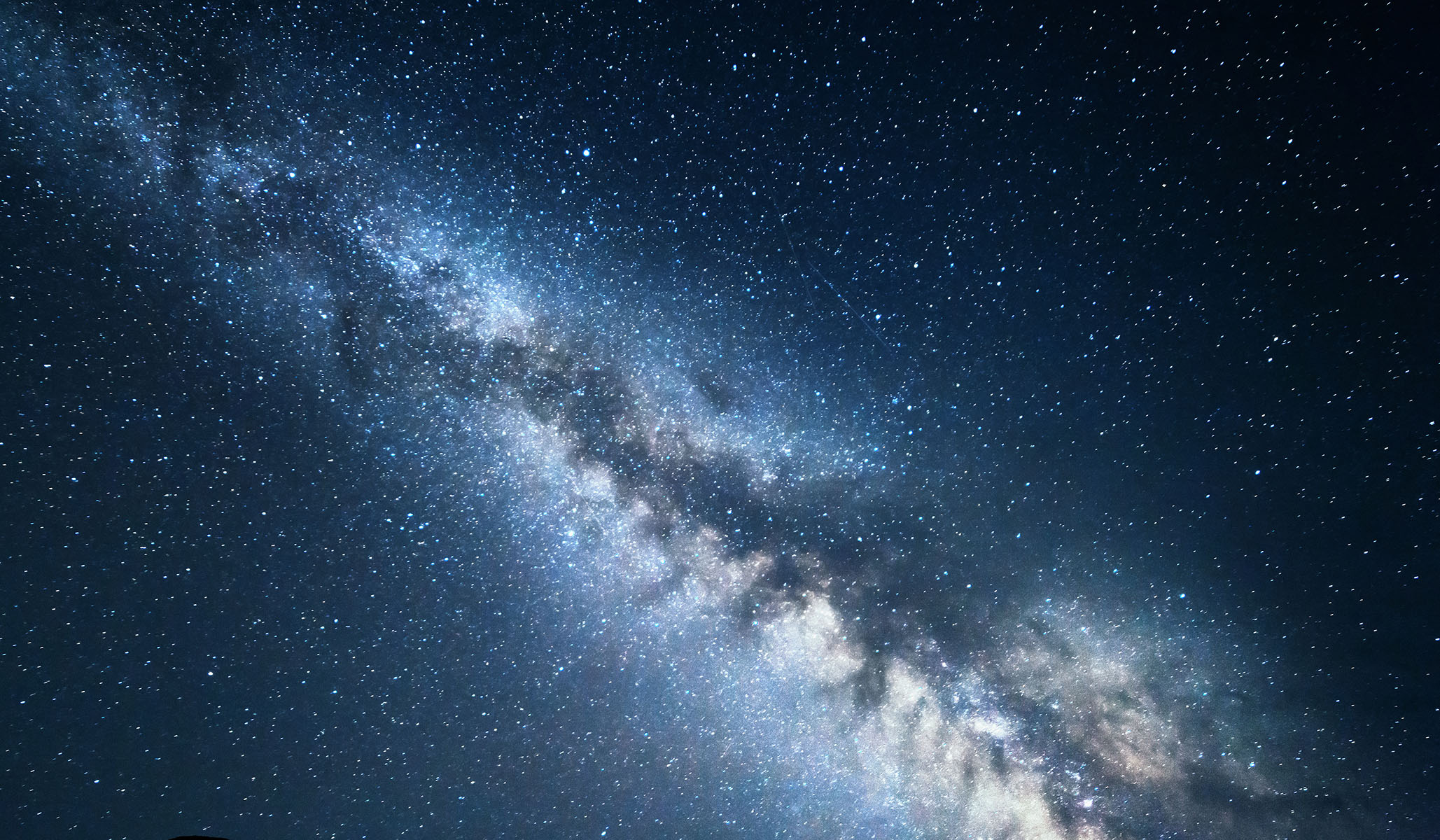 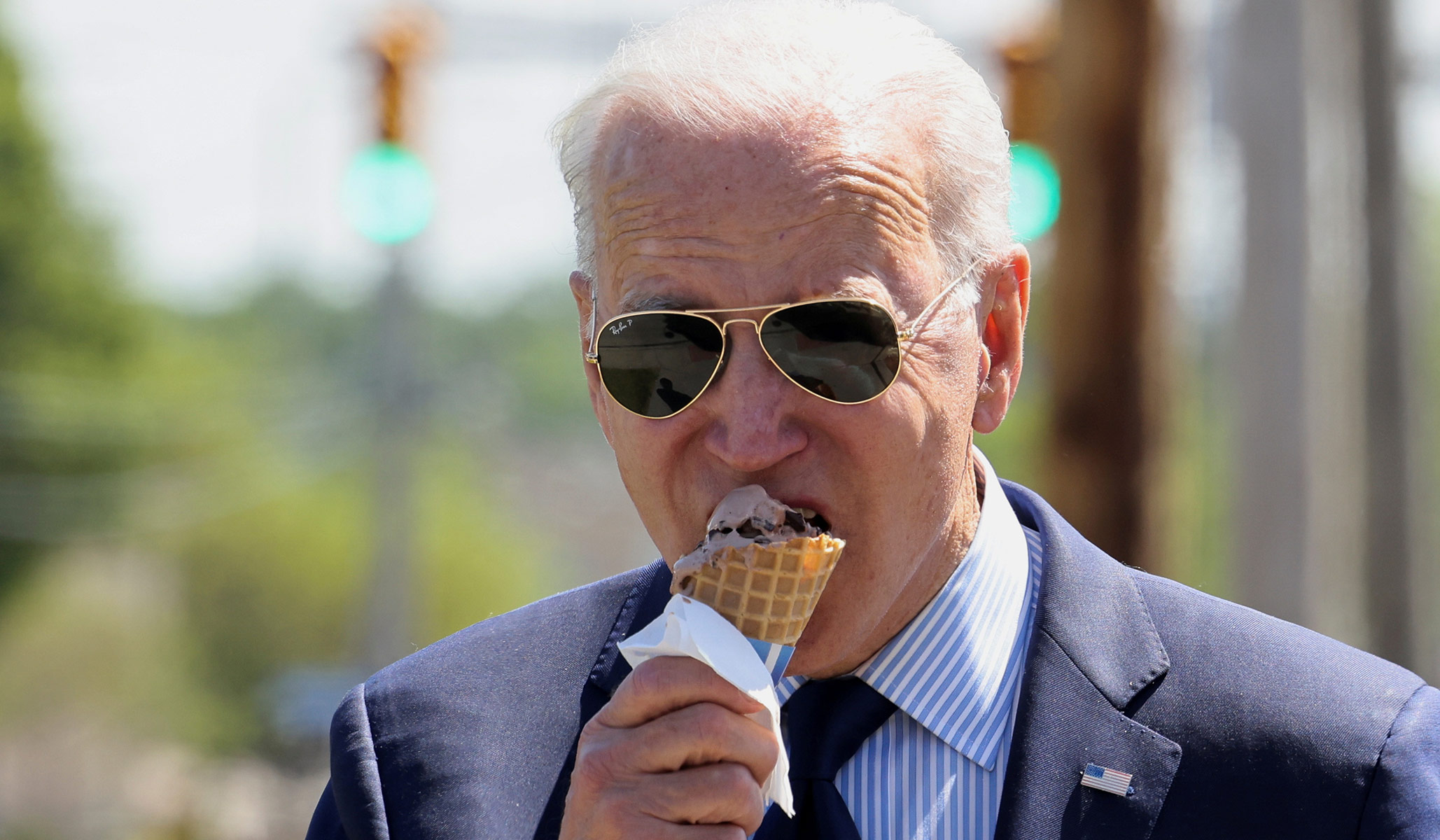 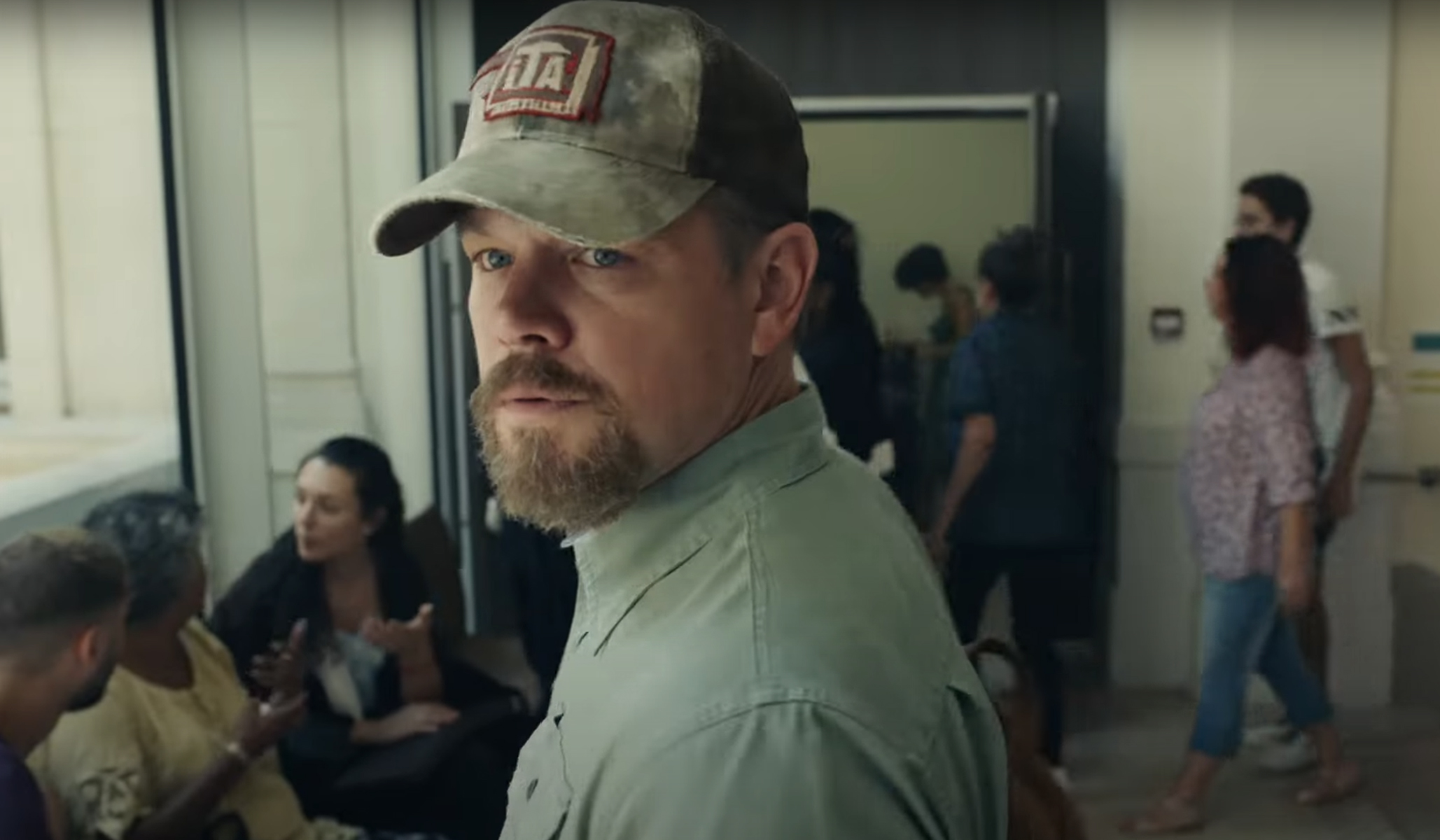