The Newark mayor invented a street character for dramatic effect.

Go back and listen to Cory Booker’s stump speeches over the years, and, as in those of any politician, you’ll hear many of the same stories. But Booker’s are more dramatic and heart-rending than most. They draw heavily on his experiences in Newark, N.J., where he moved in 1995 after his second year at Yale Law School. They have also helped to make him a political celebrity and put millions of dollars into his campaign war chest and Newark’s coffers.

Booker’s tales of his trials and travails on the streets of Newark, the city that twice elected him mayor, are familiar, and they have helped to breed an almost mythological aura around the Stanford, Oxford, and Yale graduate. He did, after all, rescue a woman from a burning building last year, sustaining burns in the process. But sources tell National Review Online that the central character in one of Booker’s oft-repeated stories — T-Bone, the drug pusher who the mayor has said threatened his life at one turn and sobbed on his shoulder the next — is a figment of his imagination, even though Booker has talked about him in highly emotional terms and in great detail.

The tale is one Booker admits he’s told “a million” times, according to the Newark Star Ledger. Ronald Rice Jr., a Newark city councilman and Booker ally who has known the mayor since 1998, says the T-Bone story was “a fixture” of Booker’s unsuccessful 2002 mayoral bid against corrupt Newark political boss Sharpe James, perhaps for its symbolic value. In Booker’s mind, according to the city councilman, “It’s not so much the details of the story” that matter, but the principle that “these things happen, they happen to real people, they happen in the city of Newark.” Rice, a Newark native, says he doesn’t know whether T-Bone exists. But, he explains, “if Cory had to tell a story or two and mix details up for Newark to get the funding for it, I see that as something that’s taking tragedy and doing something productive for it.”

The T-Bone tale never sat right with Rutgers University history professor Clement Price, a Booker supporter who tells National Review Online he found the mayor’s story offensive because it “pandered to a stereotype of inner-city black men.” T-Bone, Price says, “is a southern-inflected name. You would expect to run into something or somebody named T-Bone in Memphis, not Newark.”

Price considers himself a mentor and friend to Booker and says Booker conceded to him in 2008 that T-Bone was a “composite” of several people he’d met while living in Newark. The professor describes a “tough conversation” in which he told Booker “that I disapproved of his inventing such a person.” “If you’re going to create a composite of a man along High Street,” he says he asked Booker, “why don’t you make it W. E. B. DuBois?” From Booker, he says, “There was no pushback. He agreed that was a mistake.” Since then, references to T-Bone have been conspicuously absent from Booker’s speeches.

Booker has never publicly said that T-Bone does not exist. In fact, he has done quite the opposite. Andra Gillespie, the author of The New Black Politician (2012), writes: “For his part, Booker defended the veracity of this story to me, insisting that T-Bone really existed.” The mayor told Esquire in 2008 that T-Bone is both “1,000 percent real” but also an “archetype” symbolic of Newark’s plight. Asked whether the mayor stands by his previous statements, Booker campaign spokesman Kevin Griffis told me, “I think your questions have been answered a long time ago,” but declined to specify further.

It is not the first time Booker has been caught taking liberties with the truth. In 2007 remarks to Democrats in Summit, N.J., he described the recently deceased Newark activist Judy Diggs as a potty-mouthed educator who was always “cussin’ out my momma, cussin’ out my daddy,” and said she had died in a “truly poetic way”: reading to children. After catching wind of his remarks, the Diggs family, according to the Newark Star Ledger, came forward, incensed, to correct the record. Diggs, it turns out, had died in her office. Booker apologized, emphasizing that his words “were in bad taste.” “I fully understand their offensive nature and I offer my profound apology,” he said.

The mayor has gone into painstaking detail about his experiences with the elusive T-Bone. “I still remember my first month on the street,” he told Stanford’s alumni magazine in 2001 about moving into a crime-ridden area of Newark in 1995. “I walked up to this charismatic black guy my age called T-Bone, who was one of the drug lords,” Booker recounted. “I just said, ‘Yo, man, wha’s up.’ And he leaped in front of me, looked me right in the eye and said, ‘Who the blank do you think you are? If you ever so much as look at me again, I’m going to put a cap in your ass.’” At Yale Law School in March 2007, he said he “used to sit there and watch [T-Bone] operate this street-level drug trade.”

Booker said he eventually befriended the street thug, who turned to him for help in a moment of desperation. On a day the mayor described to the Yale audience as one of his “most discouraging” in Newark, T-Bone asked him to “go for a ride.” It was then that T-Bone confided there were warrants out for his arrest.

I found myself in this awkward position of trying to counsel this guy to turn himself in, to actually go to prison, because I knew he would. He looks at me hard and begins to tell me about his life story. And some of what shocked me and silenced me is that he told me the exact same life story, up until the age of 12 or 13, as my father. Exactly the same. Both of them were born in extreme poverty, both of them were born to a single mother who could not take care of them. Both of them were taken in by their grandmothers, but they were both too rambunctious for their grandmothers to handle, and by the age of 10 they were turned out onto the streets.

Then, Booker said, “he looked at me with this vicious ferocity that he looked at me with when he first threatened my life, and he bit down hard on his lip and he burst into tears and he started crying and sobbing into my dashboard.” He told the New School in February 2007, “That rift between me and T-Bone was inches, we sat there, but I felt so alienated that there was a gulf as wide as the Grand Canyon between us, and I could not reach out to save this young man, and we drove back to Brick Towers, and I’ve never seen him again since that day.”

Walter C. Farrell, a professor of social work at the University of North Carolina, tells me that he has long had ties to Newark and, upon hearing Booker recount his experiences with T-Bone, set out to look for him. “I’ve been up and down the streets and nobody’s ever heard of this T-Bone,” says Farrell, who was in Newark when he spoke with me by phone. “You know a lot of politicians do that.”

Farrell argues that Booker serves up fables that appeal to his audiences. “Upper-middle-class white people love to hear these stories, you know, somebody who cares. So Cory Booker gave it to them and is still giving it to them,” he says. Rice, the city councilman, echoed that sentiment, saying Booker tells the story “particularly to folks outside of Newark.”


Booker was raised in a wealthy borough of Bergen County, N.J., and has long battled skeptics in Newark who viewed him as an outsider and derided him as a tool of the country’s elite interests. Sharpe James, who beat Booker when the latter first ran for mayor in 2002, denounced him during the campaign as “a Republican who took money from the KKK” and was “collaborating with the Jews to take over Newark.” Rice says that many in the city continue to ask whether the mayor is all talk, or actually immersed and integrated in the city he leads.

The stories Booker tells on the campaign trail and the fundraising circuit, including the tale of T-Bone, are intended to demonstrate the latter. He has watched drug addicts strap on surgical tubing from the window of his blighted apartment building; pitched a tent outside of Garden Spires, the drug-infested Newark apartment complex, to force authorities to beef up security; and learned formative lessons at the knee of Virginia Jones, a tenants’-rights leader who implored him to see “hope, opportunity, possibility, love” and “the face of God” in the devastation around him.

Booker is, of course, not the first politician to fabricate or exaggerate experiences. Al Gore claimed to have rushed to the scene of Texas wildfires that broke out in 1998 alongside FEMA director James Lee Witt; he was, in fact, addressing a Democratic-party fundraiser in Texas at the time. Connecticut senator Richard Blumenthal repeatedly claimed to have served in Vietnam, though in reality he obtained several deferments and served in the reserves in the U.S.; and Hillary Clinton, of course, “misspoke” during the 2008 presidential primary about landing under sniper fire on a 1996 trip to Bosnia.

And Booker’s supporters appear inclined to forgive such dishonesty. Rice, the city councilman, says of Booker’s tall tale, “If that makes you shed a tear and contribute money to save people like this, then so much the better. If that makes you contribute money to our mentoring program, then so much the better.” Professor Price adds that the T-Bone fiction is a stand-alone incident and praises Booker’s governance. “By early-21st-century standards for cities, I think he’s been a fascinating mayor,” Price says. “He’s drawn attention to Newark that the city would not have received had he not been there.” He admits that  Booker “is indeed complicated, evinced by the T-Bone story.” But, he says, “when the mayor and I had our conversation, I essentially forgave him for that and we both moved on.”

Booker, Gillibrand Back Away From Israel 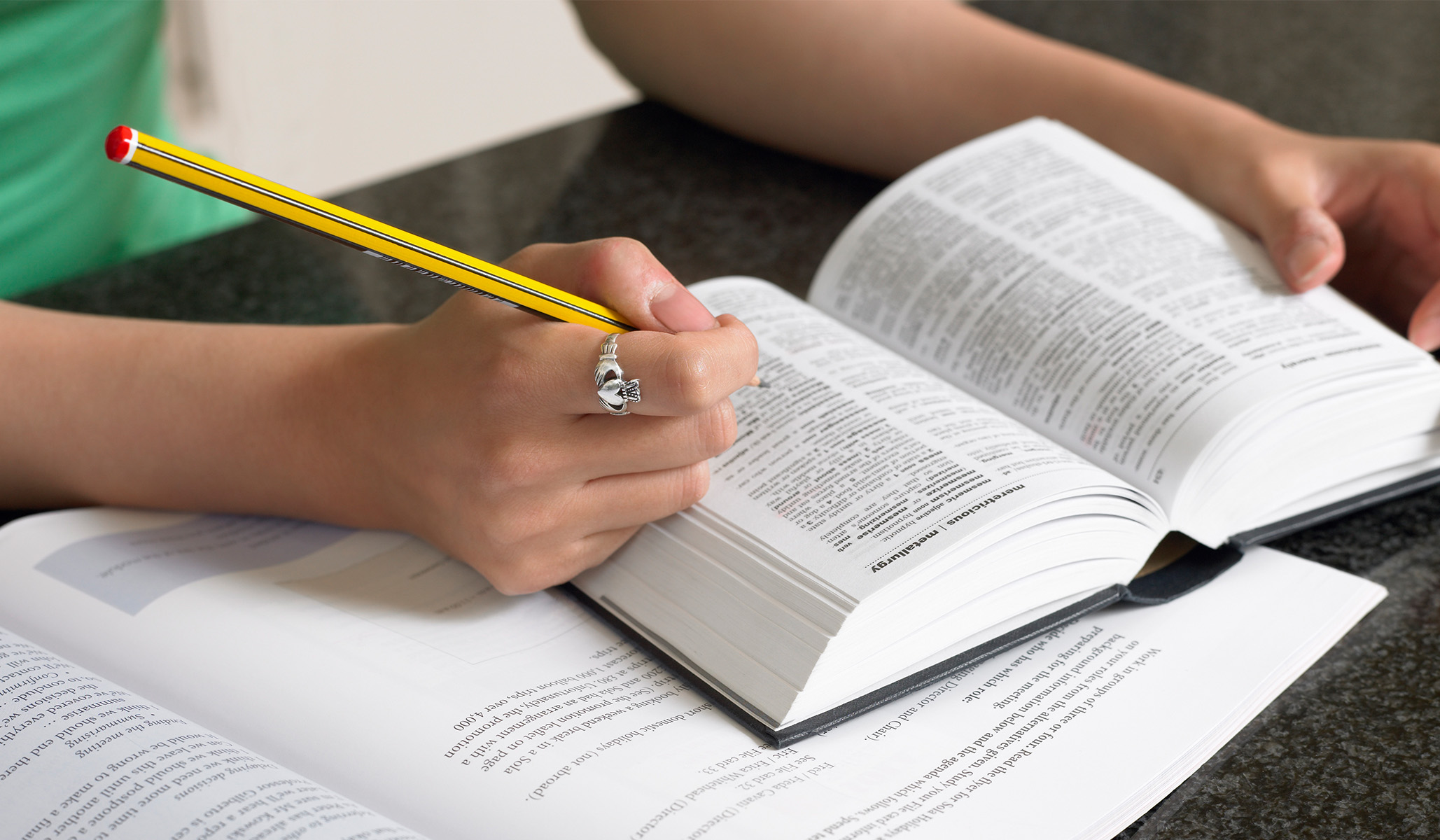 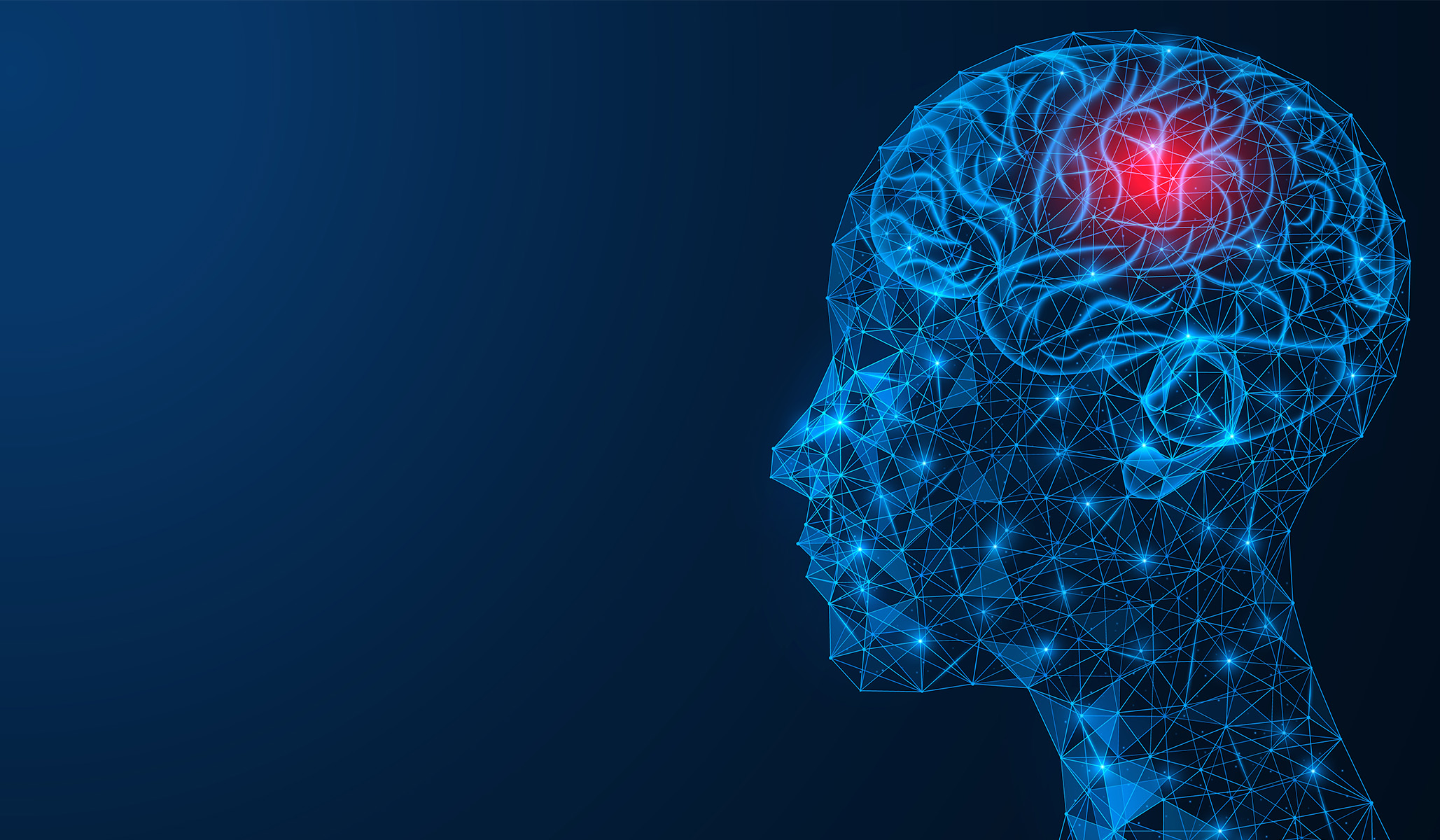 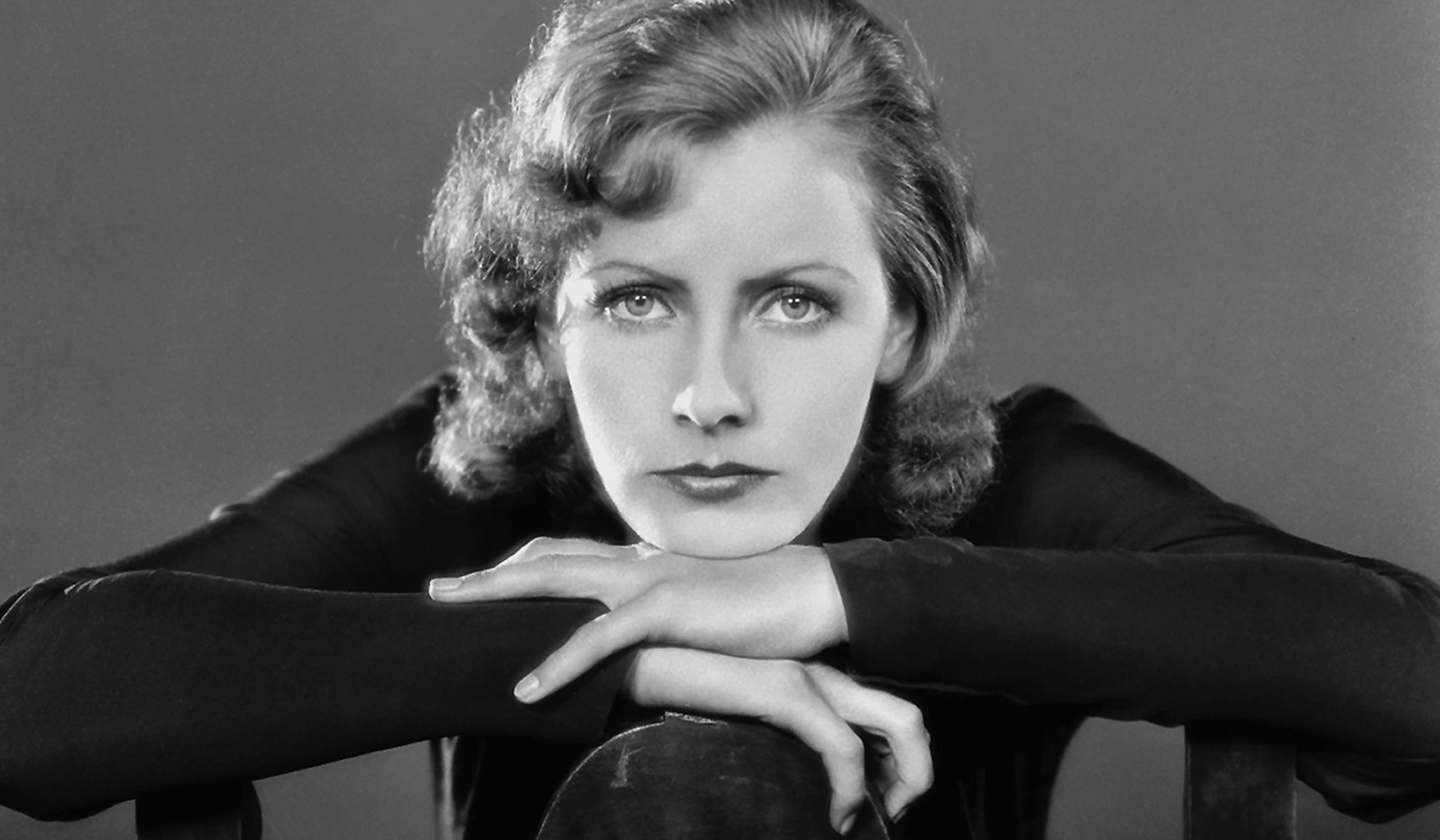 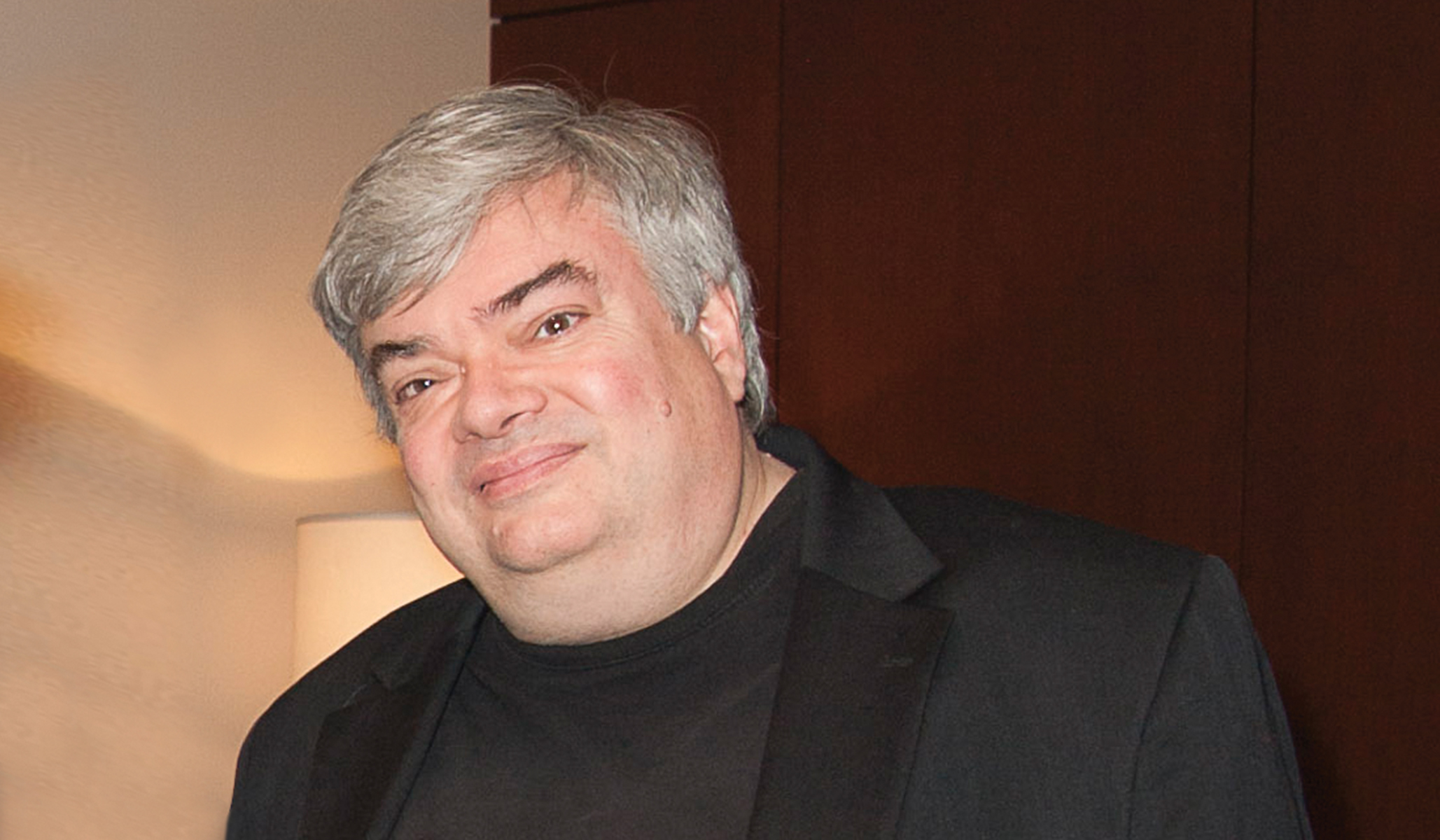