A government-funded study snoops into how conservatives use Twitter.

This week, President Obama launched a prominent social-media campaign on behalf of “net neutrality” and urged the FCC to “keep the Internet free and open.”

The man has gall.

This is the same speech-squelcher-in-chief whose administration snooped on reporters; vengefully audited the Tea Party, pro-life activists, and conservative election watchdogs, and slow-walked the probe into the IRS witch hunt against them; entertained a government scheme to monitor story selection in TV newsrooms; and forked over $1 million to a researcher building a Twitter-snooping database.

On Monday, House Committee on Science, Space, and Technology chairman Representative Lamar Smith (R., Texas) requested that the National Science Foundation send him all information about how and why the taxpayer-subsidized “Truthy” data-mining project came into existence. Its lead researcher is Filippo Menczer — professor of informatics and computer science and the director of the Center for Complex Networks and Systems Research at the Indiana University School of Informatics and Computing — who is now on sabbatical at Yahoo! Labs.

Menczer and Indiana University vehemently deny that Truthy is a “political watchdog,” a “government probe of social media,” “an attempt to suppress free speech or limit political speech or develop standards for online political speech,” “a way to define “misinformation,” a partisan political effort, “a system targeting political messages and commentary connected to conservative groups,” “a mechanism to terminate any social media accounts,” or “a database tracking hate speech.”

In presentations to academic groups, Menczer has specifically highlighted his team’s research on conservative groups, individuals, and hashtags. I’ve seen it. At Harvard University’s “Truthiness Conference” in March 2012, for example, he showed his audience the results of monitoring and mapping the hashtag “#obamacare” and singled out the D.C.-based Heritage Foundation for using it. His government-funded database mined information on who was retweeting #obamacare-labeled tweets and pinpointed “patterns of propagation.”

Menczer and company also policed Twitter users who opined that Obama supported policies that promote Sharia law. Truthy targeted pro–Sarah Palin tweets and tweets using the hashtag “#tcot” — which stands for “Top Conservatives on Twitter” and which I’ve used since 2009. The government-funded researchers also went after opponents of Delaware Democratic senator Chris Coons, as well as a “Republican activist in Pennsylvania” whose Twitter account was then shut down after Truthy identified tweets that included Web links to John Boehner’s official congressional leadership page.

The goal, Menczer explained, is to “detect” Twitter users’ themes and memes “early before damage is done — that is what we’re trying to do.” Truthy will “automatically detect language,” and its overseers will conduct “sentiment analysis” to control and prevent “damage.”

Nope, no political goals or ideological agenda there. Nothing to see here. Run along.

Menczer defends against charges of left-wing bias by claiming that “almost all of the most popular hashtags, the most active accounts, and the most tweeted URLs, are from the right. We looked really hard for any ‘truthy’ memes from the left.”

As conservative radio giant Rush Limbaugh and his staff discovered (no tax-grant money necessary), the astroturfed social-media boycott campaign against his show for the past several years has been spearheaded by only ten Twitter users who account for almost 70 percent of all “StopRush” tweets to advertisers, amplified by illicit software. Moreover, they found, “almost every communication from a StopRush activist originates from outside the state of the advertiser.” These lib bots constitute “a small number of extremists sending tens of thousands of tweets and other messages” to bully and intimidate advertisers.

Yet, there hasn’t been a peep about the insidious #StopRush smear campaign from Menczer and his Obama administration–backed liberal snitch squad. It’s time for some truth in Truthy advertising.

— Michelle Malkin is the author of Culture of Corruption: Obama and His Team of Tax Cheats, Crooks and Cronies (Regnery, 2010). Her e-mail address is malkinblog@gmail.com. © 2014 Creators.com 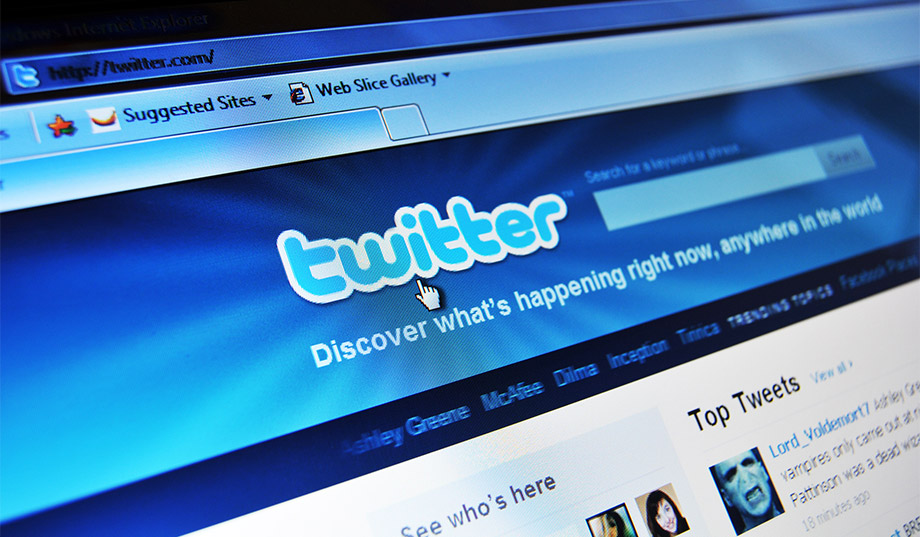