As a pediatric neurosurgeon, I became more than familiar with situations in which parents experience the loss of a child. There are few things that can compare to the emotional devastation that accompanies such an event. This makes the varied emotional responses of Michael Brown’s family more understandable as the tragic events unfolded in Ferguson, Mo.

What is difficult to understand, though, is the benefit that the Ferguson community derives from burning and looting business establishments in their own neighborhoods, especially when unemployment is already a problem. In the meantime, the outside agitators in many cases are sitting in their hotel rooms sipping wine and watching the carnage on television.

Hopefully, people in communities such as Ferguson, like people all over America, are beginning to awaken and realize that they should be more than pawns in the hands of manipulators who, in reality, could not care less about them.

If the outside agitators and manipulators truly cared about Brown and his family, they would have initiated manifestations of concern long before the political spotlight brought attention and prestige to their cause. They would be outraged about the dozens of young men like Brown who die violent non-police-related deaths in cities throughout America every day. They would be emphasizing education, which is the great divide between the haves and the have-nots in America. A well-educated individual in America today can usually write his or her own ticket, regardless of ethnicity or financial status at birth.

This is not to say that every component of our society should not be involved in trying to produce good outcomes for all of our young people. But we need to emphasize that the person who has the most to do with what happens to you in life is you. We must resist the victim mentality that is peddled by so many agitators and manipulators. If you believe you are a victim, you become one, and you begin to act like one. This renders you an easy target for manipulation — even the kind that produces completely irrational and self-injurious behavior.

Is there racism and unfairness in our society? Of course there is, and it will persist as long as there are people with small, selfish minds. I believe it would be wise to encourage our people to focus on the numerous opportunities available to them rather than on the bigotry that exists. As a youngster, I grew up with a mother who said, “If you walk into an auditorium full of racist, bigoted people, you don’t have a problem; they have a problem. Because they will all cringe and wonder if you’re going to sit next to them, whereas you can sit anywhere you want.” In other words: Don’t let your life be ruined by being sucked into the pathological state of someone else.

We have too many important problems to solve in America today to allow ourselves to be consumed by actual or perceived injustices perpetrated by others. We can solve many of those problems by keeping an open mind and considering things from the viewpoints of others. This can lead to constructive conversations about ways to heal the many rifts in our society.

One would have to be blind not to be able to see that we have become more divided on issues of race, gender, age, economic status, and religion. What happened in Ferguson is a manifestation of that division. It is not a declaration of what our society has become or a harbinger of our future.

— Ben Carson is professor emeritus of neurosurgery at Johns Hopkins University and author of the new book One Nation: What We Can All Do to Save America’s Future. © 2014 The Washington Times. Distributed by Creators.com 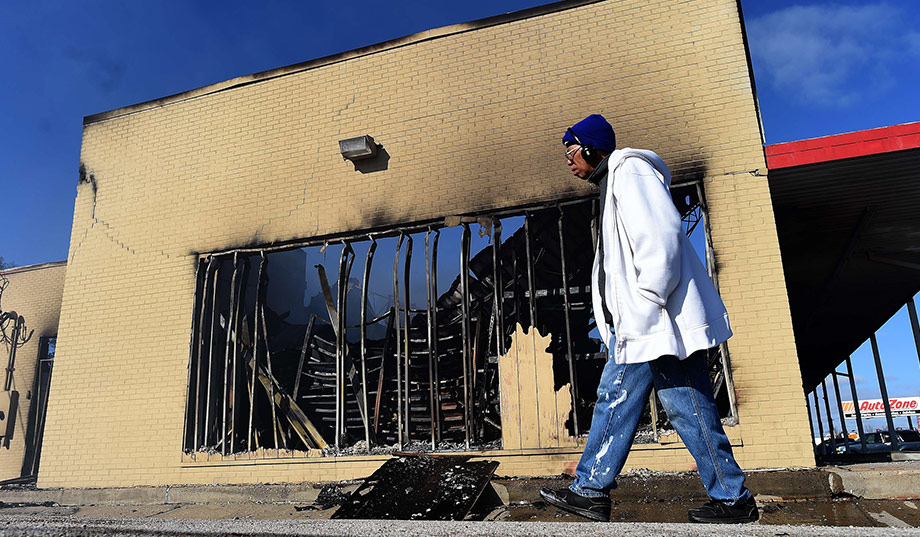