Among the many memorable sights and sounds (and smells) of Occupy Wall Street was the young man who was very eager to speak to me about derivatives trading, which, he promised me, was positioned to sucker-punch the world economy even more brutally than the mortgage bubble had. He seemed to have a great deal of information at his command: The derivatives market was so many trillions of dollars and was inadequately regulated in such-and-such a way, etc. Listening to him speak for a bit, I told him I had only one question that I’d like him to answer:

Sputter, stutter, stammer, hem and haw. He had no idea. It was something Wall Street types did, and it was . . . bad.

Manually dislocating one’s opinions from one’s lower intestine is not a vice unique to soapbox speakers on public squares. A year or so ago, there was a big Russia story in the news, and late in the afternoon I received a panicky mass e-mail from a cable-news producer inviting every Russia “expert” in his contacts list to high-tail it to the studio for a live segment that was starting in 90 minutes or so but which was at that moment short on Russia expertise. I am about as much of an expert on Russia as I am on the civil-engineering challenges of contemporary Cairo, and for a gleefully malicious moment I was tempted to go on the show and do something funny. I thought better of it. But there are people who care a great deal more about being on television than I do, and who will respond to any invitation, regardless of their level of relevant knowledge. And I’ve made that mistake, too: Occasionally on those long panel shows, you’ll get asked about something you weren’t expecting to speak about, and the perceived need to say something is an invitation to error that I have, in the moment and to my shame, answered.

“Ignorance” is a word with deeply pejorative connotations that it does not deserve. Ignorance is the natural state of human affairs, and all of us, from addlepated reality-television enthusiasts to theoretical physicists, are almost entirely ignorant of almost everything. The sum of human knowledge is far too vast for any of us to truly master more than a few bits of it. But we feel inadequate when we are confronted with a question that is beyond our range, and the anxiety is so intense that we frequently ignore Abraham Lincoln’s advice that it’s “better to remain silent and be thought a fool than to speak out and remove all doubt.”

That was very much on my mind when I read Slate’s dopey account of the gyrations in the Chinese stock market and its consequences. The headline should have been a warning: “A crystal-clear explanation of why global stocks plummeted,” as though these things were ever simple. The article delivered on the promise of the headline, with such gems as “this all started two weeks ago . . . ” No, Sunshine, no it didn’t.

RELATED: China’s Economy: Not All It Seems

When the markets tanked on Monday, one of my Wall Street friends wrote me a quick note early in the day, as he sometimes does when, being solicitous of my well-being, he fears that I might write something stupid. (He never puts it that way.) He had some interesting insights, arguing that the popularly despised practice of high-frequency trading was probably keeping the dip from being much worse than it was, because most high-frequency-trading programs respond more strongly to momentum than to price in the expectation that dramatic shifts in any direction will revert, at least partially, to the trend. That’s a long, wonky piece for a different day, but I am very much persuaded by his argument about why high-frequency trading is held in low regard rather than welcomed as an innovative step toward more efficient markets.

In the minds of journalists and the general public, “I don’t understand this” ends up being abbreviated as “wicked.”

His argument is that in the minds of journalists and the general public, “I don’t understand this” ends up being abbreviated as “wicked.” Thus derivatives, hedge-fund strategies, high-frequency trading, etc., are regarded with suspicion at least, if not outright hostility, while the public longs sentimentally for a model of finance that is barely distinguishable from stuffing cash into mattresses, as though banks were vast storehouses of shoeboxes with their customers’ names written on the lids in Magic Marker.

That fellow at Occupy Wall Street didn’t know what derivatives were, but he was sure that they were evil.

Fear and ignorance are easy to exploit in the political realm. Consider the case of Victor Fleischer, a professor of law at the University of San Diego who recently took to the pages of the New York Times to criticize the way well-endowed universities such as Yale and the University of Texas pay the financial professionals who manage their investments. Showing the exquisite sense of financial propriety for which the legal profession is so widely admired, he complains that Yale paid $480 million in compensation to the private-equity professionals who manage about one-third of the university’s endowment while spending only $170 million on tuition assistance and other awards to students. Professor Fleischer’s argument implies that there is some other more desirable ratio of student aid to financial-manager compensation; in fact, there is no relationship at all between the two outlays. Private-equity managers are paid a share of the returns they generate for their clients (typically about 20 percent), regardless of whether the clients use the remainder of those returns to fund tuition aid or to gold plate the doorknobs in all the dorms. Yale’s private-equity investments have been very successful — the university claims to have earned 36.1 percent average returns for 20 years — and its fund-runners are paid about what other managers with similar results and similar responsibilities are paid.

The number of people and institutions that have the capacity to manage an $8 billion portfolio to Yale’s specs is not unlimited; this isn’t work for the blue-rinsed volunteers who manage the funds for your local PTA chapter. This is especially significant for institutions such as Yale because — Professor Fleischer strangely omits this fact — the returns on those investments contribute far more to the university’s operating expenses than tuition does. The returns from Yale’s endowment provide about one-third of the university’s operating income; tuition and room-and-board fees amount to barely 9 percent. Which is to say, if Yale were a less successful investor — and the payments going to its investment managers were subsequently lower — then there would be pressure to raise tuition, not to lower it.

“We’ve lost sight of the idea that students, not fund managers, should be the primary beneficiaries of a university’s endowment,” Professor Fleischer writes. One should always beware such moralistic language: The fact is that even if Yale pays its investment managers 20 cents on the dollar (exact figures are not disclosed) then that’s still a great deal for Yale students, who pay 9 cents on the dollar on their education costs thanks to the returns on those investments. It is true that Yale isn’t cheap, even at less than a dime on the dollar, but if that’s how you run the numbers, then East Arkansas Community College is ready when you are.

Fun fact: A high-ranking official at my alma mater, the University of Texas, once in a moment of quickly regretted candor confessed that the university had no real financial need to charge tuition at all, and simply used tuition as a way to manage enrollment in lieu of the higher standards that the state refused to let it impose on undergraduate applicants. Yale doesn’t have exactly that problem, but willingness to suffer a big tuition bite may very well function as a proxy for the commitment of students and their families. The money isn’t always about the money.

(It’s usually about the money.)

Realities are complex. But the shape of Professor Fleischer’s argument — “Here is dollar figure X, which is greater than dollar figure Y, and I disapprove” — is powerful if you don’t think about it too hard. I sometimes see billboards reading something like: “It costs $6,500 a year to keep a kid in school but $65,000 a year to keep him in jail,” as though schools and jails were interchangeable expenditures — as though the solution to a problem like Jeffrey Dahmer or Omar Abdel-Rahman were a full ride to MIT.

RELATED: China’s and Europe’s Crises, and our Complacency

These kinds of arguments are especially effective when it comes to matters of finance because most people don’t understand very much about the field but are convinced that there is something rotten at the core of it. Harry Reid lied about Mitt Romney and his taxes with impunity because the typical American voter — and certainly the typical knucklehead Harry Reid voter — couldn’t tell you what a private-equity firm does, but many of them resent the fact that private-equity managers make so much money doing whatever it is they do. You see variations on this with the issue of CEO pay: “The CEO of NastiCorp. makes 700 times the average employee’s income at his firm, heavens to Betsy!” as though the receptionists and parking-garage attendants and mail-room guys would be paid more simply because the chief executive were being paid less.

Is the CEO of IBM being paid too much? Too little? What about the hedge-fund guys or the people managing Harvard’s money? I don’t know. Chances are you don’t know either. That doesn’t always stop us from having an opinion, but it probably should. 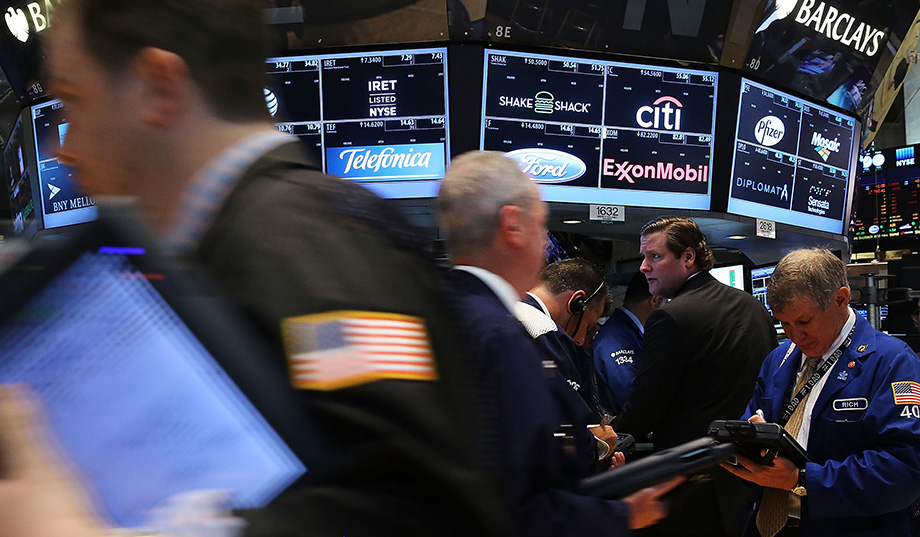