Both Parties Have to Confront Their ‘Senior’ Moment

Bob Dole, the First and the Best Compassionate Conservative

Imagine for a moment that you’re a middle-level manager, mentoring and leading an ever-shifting kaleidoscope of young employees. Some stay. Some go. But as is typically the case with entry-level positions, turnover is a constant problem. You want to do something about it — you really do — but there’s only so much you can do to make a person’s “first real job” all that glamorous. So you try to at least make the workplace more bearable. You bring in a foosball table and set up tournaments. You treat employees to free lunch on occasion. While you can’t make data entry fun or world-changing, you can at least start to build a workplace community, a place where people can earn a living, learn the discipline necessary to thrive in the real world, and start their long, slow march up the career ladder.

Then, one day, a friend forwards you a viral essay from LinkedIn, and you learn that you’re an idiot. All that effort to make work just a tiny bit more fun? Wasted. You’re losing Millennials because you’re just not amazing enough for them. You’re not designing self-driving cars, redefining social media, or blazing a new trail in adventure tourism. You’re not changing the world. You’re just making an unglamorous product or providing a mundane service, so good luck with your GenX employees, old man. Millennials are simply too awesome to be assigned normal jobs or settle for normal lives.

That’s the core message of “Why Millennials Keep Dumping You,” an “open letter” to management from young college graduate Elizabeth McLeod. While it purports to be helpful guide in how to unlock the “energy of a thousand suns” — the energy of an engaged, happy young worker — in reality it’s a textbook example of stereotypical Millennial entitlement and self-love, with the basic message a simple and startling declaration that, “I’ll only love you if you’re awesome.”

McLeod’s list of demands include making sure that her individual talent is recognized (masked as a concern that low-performers aren’t sufficiently punished), that she feels like she’s “making a difference” beyond providing a return on investment (ROI) to her firm, that she’s surrounded by people who are “on fire for what they’re doing,” and that she’s not just a “number” but instead a world-changer.

So that’s all managers have to do? Create a high-energy, boundary-pushing workplace that not only recognizes true talent but also makes the world a better place? How Silicon Valley of you:

And how absurd. It’s hard to think of worse advice for young workers — or advice better calculated to reinforce a sense of entitlement, foster long-term anguish and discontent, and increase turnover and career instability.

Don’t be pathetic — standing there and pleading, ‘Motivate me’ or ‘Inspire me.’ Inspire and motivate yourself.

The best advice to give to young workers isn’t to demand exceptional leadership but instead to provide exceptional service. I’d replace McLeod’s four demands with four responsibilities: take care of your own performance, do your best to provide ROI for your employer, be “on fire” for excellence, and treat your managers not as “numbers” but as human beings with their own stresses and career concerns. Don’t be pathetic — standing there and pleading, “Motivate me” or “Inspire me.” Inspire and motivate yourself.

This lesson is hard-learned. The Millennial generation isn’t the first or last generation to launch itself into the workplace feeling entitled to great things. In my generation (Generation X), career counselors taught us to cultivate our own lists of demands. We weren’t so much the “world-changers” as the generation of “work/life balance.” So we needed high salaries, limitless career opportunities, and flexible work schedules to allow for plenty of time with friends and family. We were the “slackers,” right? Many of us quickly discovered that it was tough to “slack” while throwing down a 70-hour work week. So people like me wandered in our own wilderness, wondering why life wasn’t as fun as we hoped.

My first job was selling guns at Wal-Mart — back in the summer of 1987. In my first full-time legal job, I worked long hours on mind-numbingly tedious tasks as a young litigation associate in a big law firm. Since then, I’ve been blessed to work for corporate America, the military, and for some of the most influential organizations in the conservative movement. And from Wal-Mart to National Review, I’ve observed that entitled employees are miserable even at amazing workplaces, while humble employees can find joy virtually anywhere.

The choice between entitlement and humility is often the choice between frustration and contentment, between anger and joy. It can also represent the choice between success and failure. To be valued in the workplace, one must first demonstrate that they’re valuable. So before making demands, try making an effort. You’ll soon find that life works better that way. 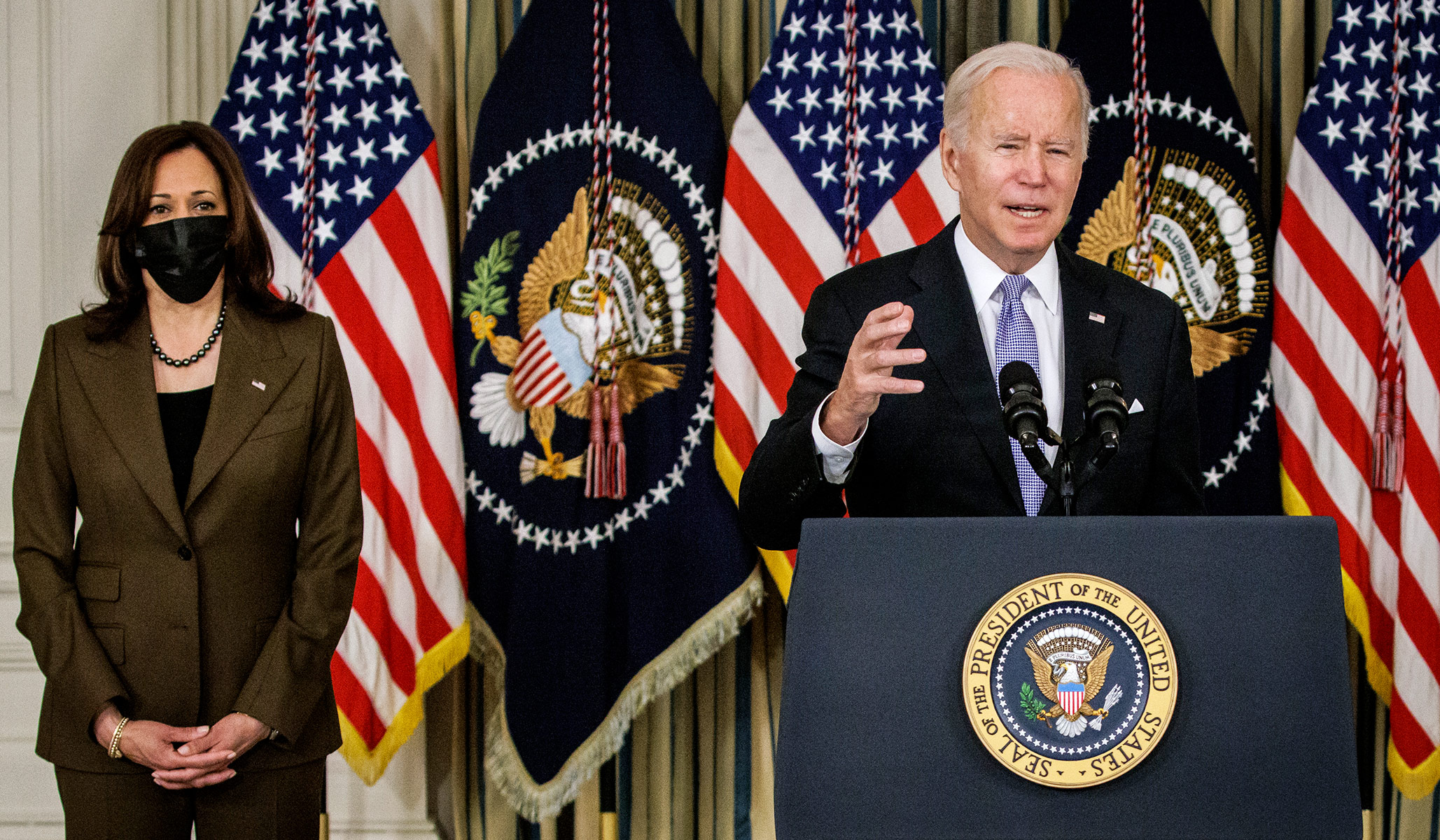 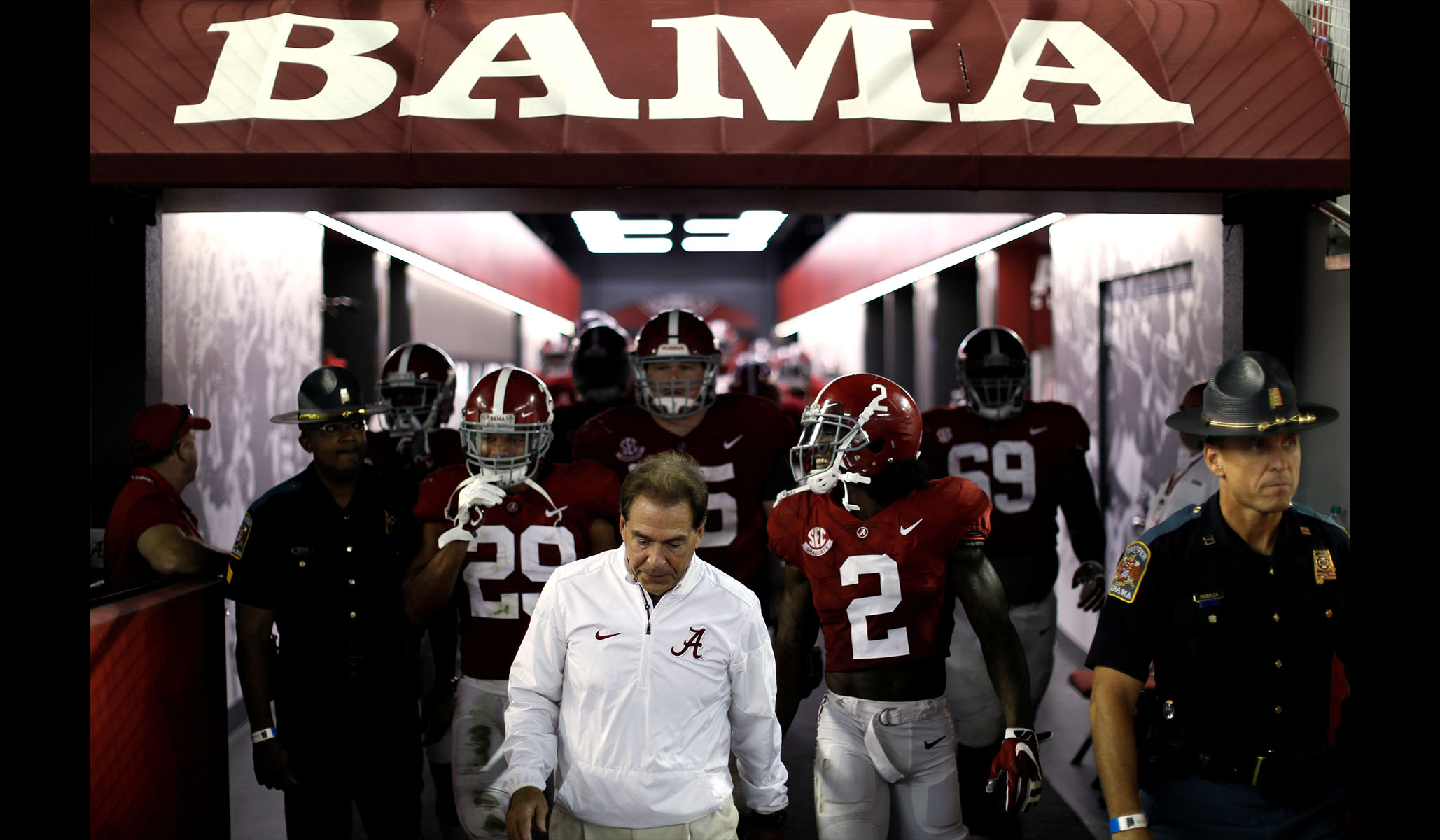 A coach who speaks truth to the people; a pox on ‘moral equivalence’; an ode to Rite Aid; a salute to Bob Dole; and more.
Jay Nordlinger 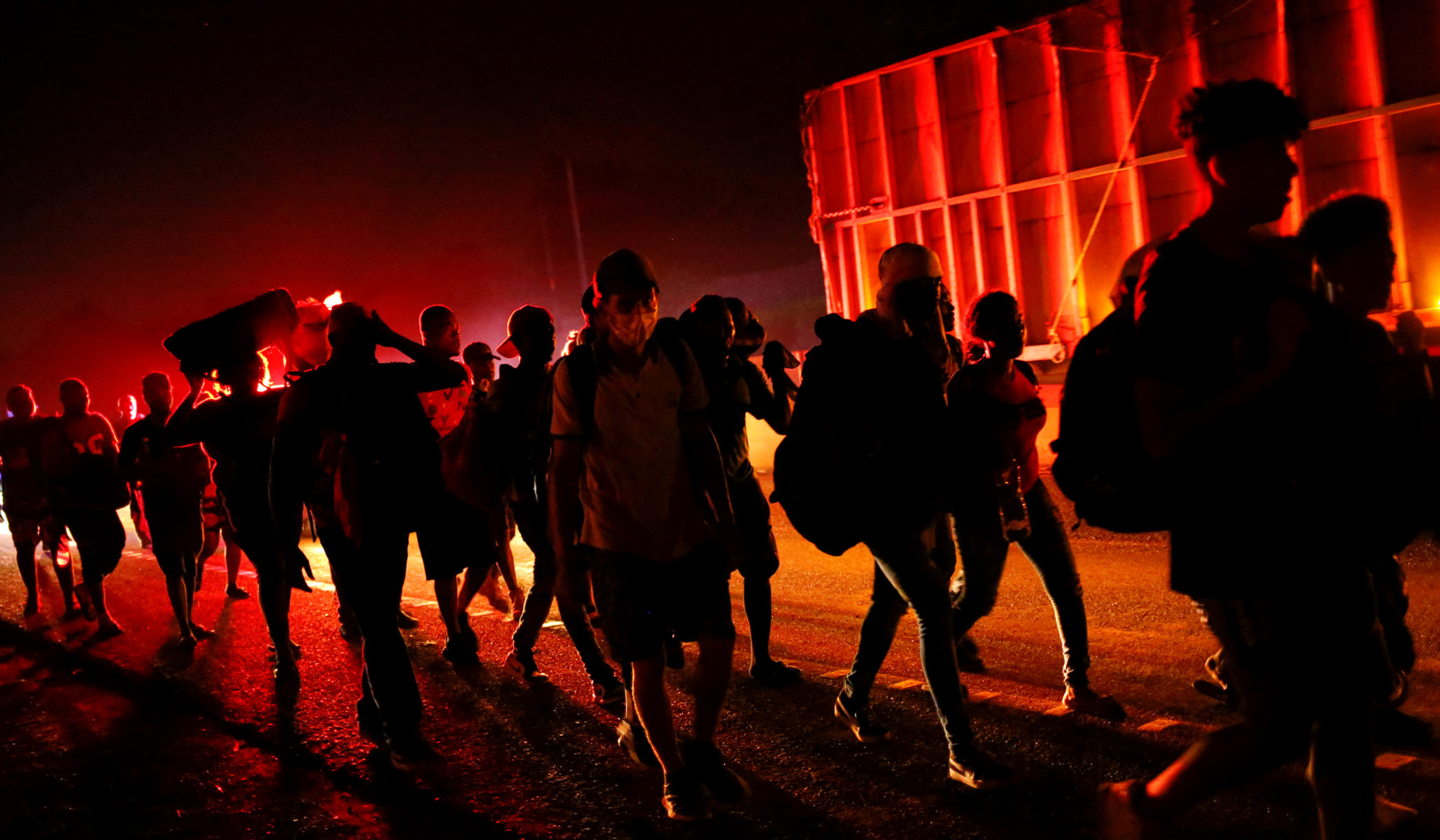 Drug cartels are taking advantage of law-enforcement weaknesses and policy failures to smuggle record amounts of the lethal drug into the United States.
Vince Bielski 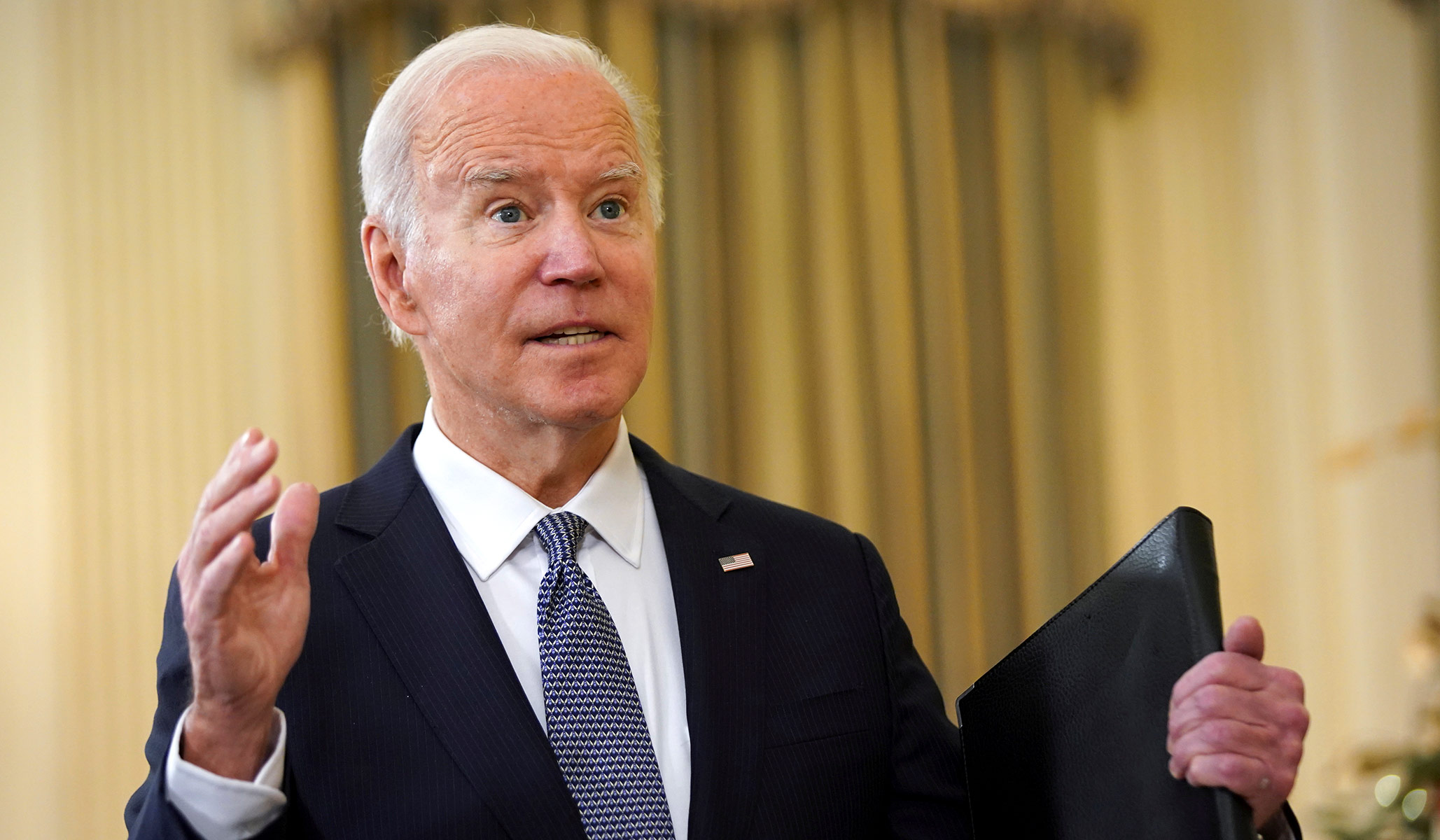 Both Parties Have to Confront Their ‘Senior’ Moment

But it’s Democrats who have the bigger problem, starting with Biden.
John Fund 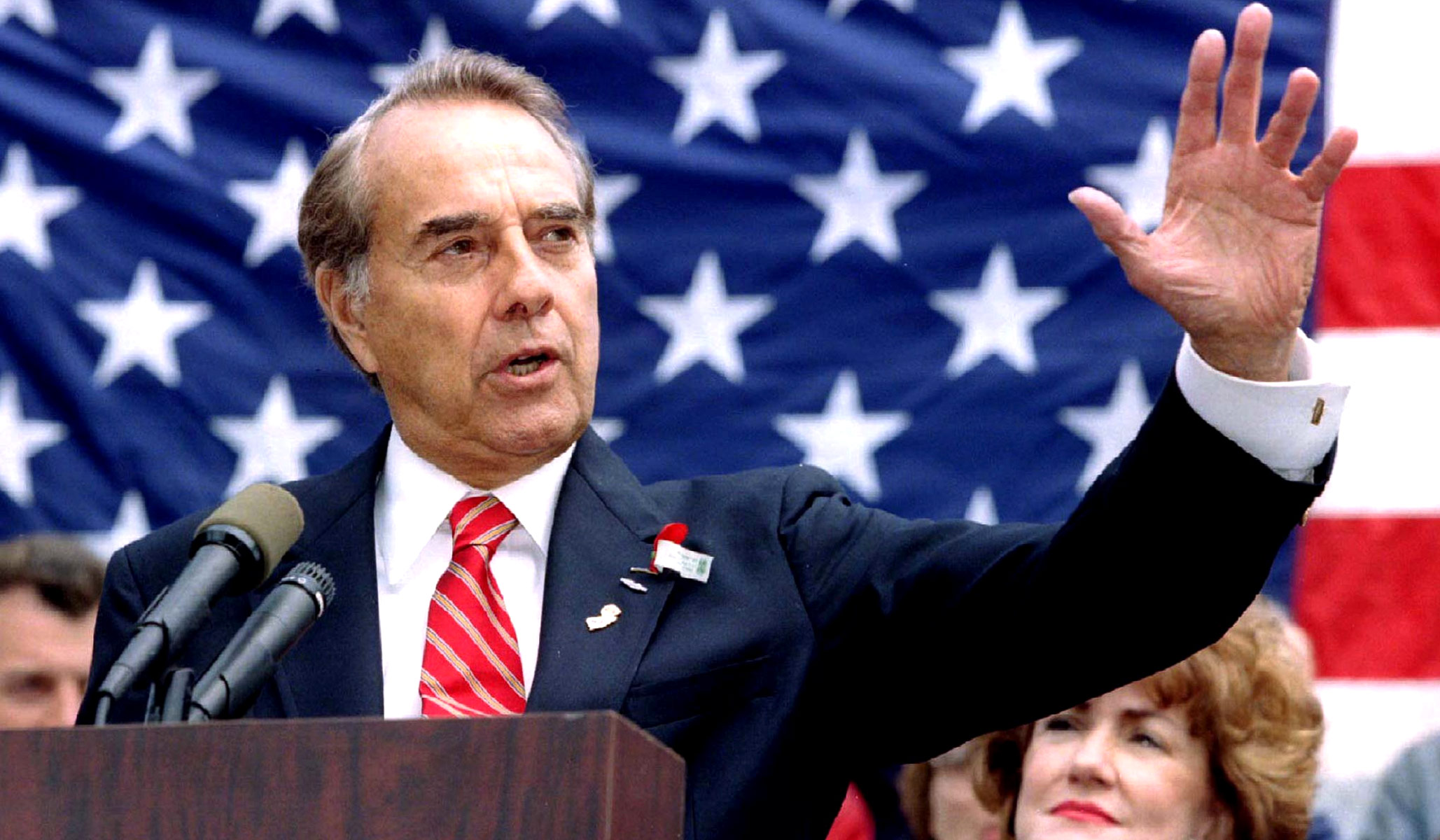 Bob Dole, the First and the Best Compassionate Conservative

Bob Dole was far more than a nice guy: He was an American. An iconic American. An American who put country, goodness, and goodwill before all.
Craig Shirley

Kevin D. Williamson
If you make a government institution’s legitimacy contingent on whether it gives you what you want, you should expect your opponents to respond in kind.

Nic Rowan
Buttigieg’s conception of virtue is personal success that can be quantified, graphed, and outlined in a PowerPoint presentation.

Alex Story
Using the awesome power of the state to turn a section of any society into second-class citizens should be roundly rejected.
View More
Loading...