It’s been less than two weeks since CNBC’s train wreck of a debate exposed just how much of a double standard the mainstream media can have against GOP presidential candidates.

Now a new example comes in the attack on Ben Carson for saying in his autobiography that he was offered a full scholarship to West Point. In a news conference on Friday, Carson said the offer from Army officials was informal and he never in fact applied to the military academy, which is how he described it in his book Gifted Hands, first published in 1990:

I was offered a full scholarship to West Point. I didn’t refuse the scholarship outright, but I let them know a military career wasn’t where I saw myself going. . . . As overjoyed as I felt to be offered such a scholarship, I wasn’t really tempted. . . .  I wanted to be a doctor. . . . Each college required a ten-dollar non-returnable entrance fee sent with the application. I had exactly ten, so I could apply to only one.

Carson has also been questioned by CNN about why several people who knew him growing up don’t recall that he had exhibited anger or violence. Carson noted that most of the people the media has talked to knew him in high school, and that his last “violent episode” occurred in the ninth grade, before he had a religious conversion. Carson said that he did try to stab someone, “a relative who does not want to be subjected to the media.”

But Carson’s news conference was most memorable for his willingness to push back against the media:

I do not remember this level of scrutiny for one President Barack Obama when he was running. In fact I remember just the opposite. I remember people saying, ‘Oh, we won’t really talk about that. We won’t talk about that relationship. Well, Frank Marshall Davis, well, we don’t want to talk about that. Bernardine Dohrn, Bill Ayers, well he don’t really know him. All the things that Jeremiah Wright was saying, oh, not a big problem.

A reporter responded to Carson’s complaint that there was a “desperation on behalf of some” to find some kind of scandal surrounding him by saying, “Our job is to ask questions.” Carson paused and said: “There is a fair way to do this and a very unfair way to do this. . . . My job is to call you out when you are unfair.” At another point he said: “You are not going to find with me, somebody who will sit back and let you be completely unfair without letting the American people know what is going on. The American people are waking up to these games.”

Carson’s comments about the media, and his complaints about Barack Obama, were — no surprise — barely reported. But they deserve an airing.

By those standards, Barack Obama was clearly the beneficiary of enormous media forbearance while he ran for president.

The real bias in the profession isn’t in how a story is covered, but in which stories the media chooses to focus on and which they ignore or actively suppress.

When Bob Schieffer retired as host of CBS’s Face the Nation last June, he admitted to Howard Kurtz of Fox News: “Maybe we were not skeptical enough. It was a campaign.” He added that in his view it is the role of the opponents to “make the campaign” question the records of candidates. I wouldn’t want to tell that to Woodward and Bernstein about their coverage of Watergate during the 1972 election.

Just before the 2008 election, Mark Halperin, co-author of the best-selling campaign book Game Change and now a Bloomberg TV host, was asked at a conference if the media had been too soft on Obama. He answered yes and went on to say that through the subtle choice of which stories to cover and where to deploy investigative resources, the national media had handed Obama “hundreds of millions in free publicity.”

Halperin attributed the positive coverage in part to the historic nature of Obama’s candidacy. But he also noted that only a few hands had gone up in the crowded room when the audience had been asked how many had voted for George W. Bush. “I find it curious that far more time and media energy has been spent on Sarah Palin’s time in Wasilla, Alaska’s, city government in the last eight weeks than in looking at Barack Obama’s dozen years in Chicago politics and government over the last 18 months of his candidacy,” he noted dryly. And Ms. Palin was only running for vice president. . . . He called on reporters to look at their 2008 coverage of candidates after the election, in hopes that in the future they will “do a better job treating people equally.”

As Ben Carson might say: fat chance of that happening.

#share#It’s worth revisiting just how much the media gave Obama a pass in 2008. Take the infamous videos of the Reverend Jeremiah Wright, Obama’s Chicago pastor. Brian Ross’s ABC News report on Wright didn’t air until March 13, 2008, after more than 40 states had voted in the Democratic nomination contest and Obama needed only 225 delegates to wrap up the race against Hillary Clinton. Ironically, the videos of Wright’s speeches had been hiding in plain sight, easily obtainable in the gift store of Wright’s church. “After the videos hit, Obama narrowly limped home to the nomination as Hillary outperformed him badly, 302 to 171 in delegates in the final three months,” noted media critic Dan Curry earlier this year on his blog, Reverse Spin. If the Wright videos had hit prior to the Iowa caucuses, he says they “would undoubtedly have been devastating and fatal to a largely undefined Barack Obama.”

Ironically, the Wright videos had in fact emerged earlier, in February 2007, when Rolling Stone ran a piece called “The Radical Roots of Barack Obama” right before Obama announced his bid for the presidency. The story so rattled the Obama team that they pulled Wright from the speaking roster less than 24 hours before the campaign announcement. But as former CBS News reporter Bernie Goldberg noted, the follow-up coverage on the Wright story was scant and notably apologetic. The story should have prompted full explorations of the Obama-Wright connections. Instead, there was media malpractice.

The media malpractice extended to many other areas of Obama’s life.

In October 2007, the New York Times ran an article headlined “Obama’s Account of New York Years Often Differs from What Others Say.” It reported that Obama resisted any attempts to reconcile his account in his 1995 memoir Dreams from My Father with the recollections and records of those who knew him. The Times reported:

Yet he declined repeated requests to talk about his New York years, release his Columbia transcript, or identify even a single fellow student, co-worker, roommate, or friend from those years.


A campaign spokesman, Ben LaBolt, had this explanation for the candidate’s silence: “He doesn’t remember the names of a lot of people in his life.”

Obama was also not willing to part with many of the names of people he knew and did remember, even those of whom he would have had records. His campaign declined to release a list of the approximately 30 clients for whom he worked personally while he was a lawyer with a law firm with close ties to the Daley machine in Chicago. His campaign also concealed and obfuscated relevant facts about Obama’s ties to the radical group ACORN — in the 1990s, he had served as a top trainer and lawyer for ACORN.

Let’s stop pretending that there isn’t a glaring double standard in how presidential candidates are treated if they depart from the mainstream media’s ideological premises.

Jack Cashill, the author of Deconstructing Obama, noted this weekend that Carson was right to point out the media’s lack of interest in Frank Marshall Davis, a well-known Communist who was Obama’s mentor in Hawaii. Davis wasn’t someone whose membership in the Communist party was a youthful indiscretion. He was a member of the party during the Stalin era until he was well into his 40s, and in 1956, Davis even took the Fifth Amendment in front of the Senate Internal Security Subcommittee.

Obama spent 2,500 words in Dreams from My Father describing Davis’s influence on his life, but, before the 2008 election, no mainstream media outlet examined the connection.

But Obama was clearly worried that Marshall’s past might haunt Obama in the run-up to this presidential campaign. His publisher said he “personally approved” the audio version of his memoir when it was released in 2005. That version removed all 22 of the book’s references to his mentor “Frank.”

#related#In 2012, David Maraniss of the Washington Post published a biography of Obama that belatedly discussed Davis as well as the many discrepancies in Obama’s account of his life. In his review of the Maraniss book, Buzzfeed’s Ben Smith wrote, “I counted 38 instances in which the biographer convincingly disputes significant elements of Obama’s own story of his life and his family history.” But reporters investigated very few of those discrepancies before the 2008 election.

No one is suggesting that Ben Carson be given a pass on statements he made in his autobiography. Those are fair game. Carson has also at times unfairly lashed out at reporters — he criticized NRO’s Jim Geraghty for investigating Carson’s speeches and appearance for Mannatech. We should call out Carson for these unfair assaults.

But let’s stop pretending that there isn’t a glaring double standard in how presidential candidates are treated if they depart from the mainstream media’s ideological premises. 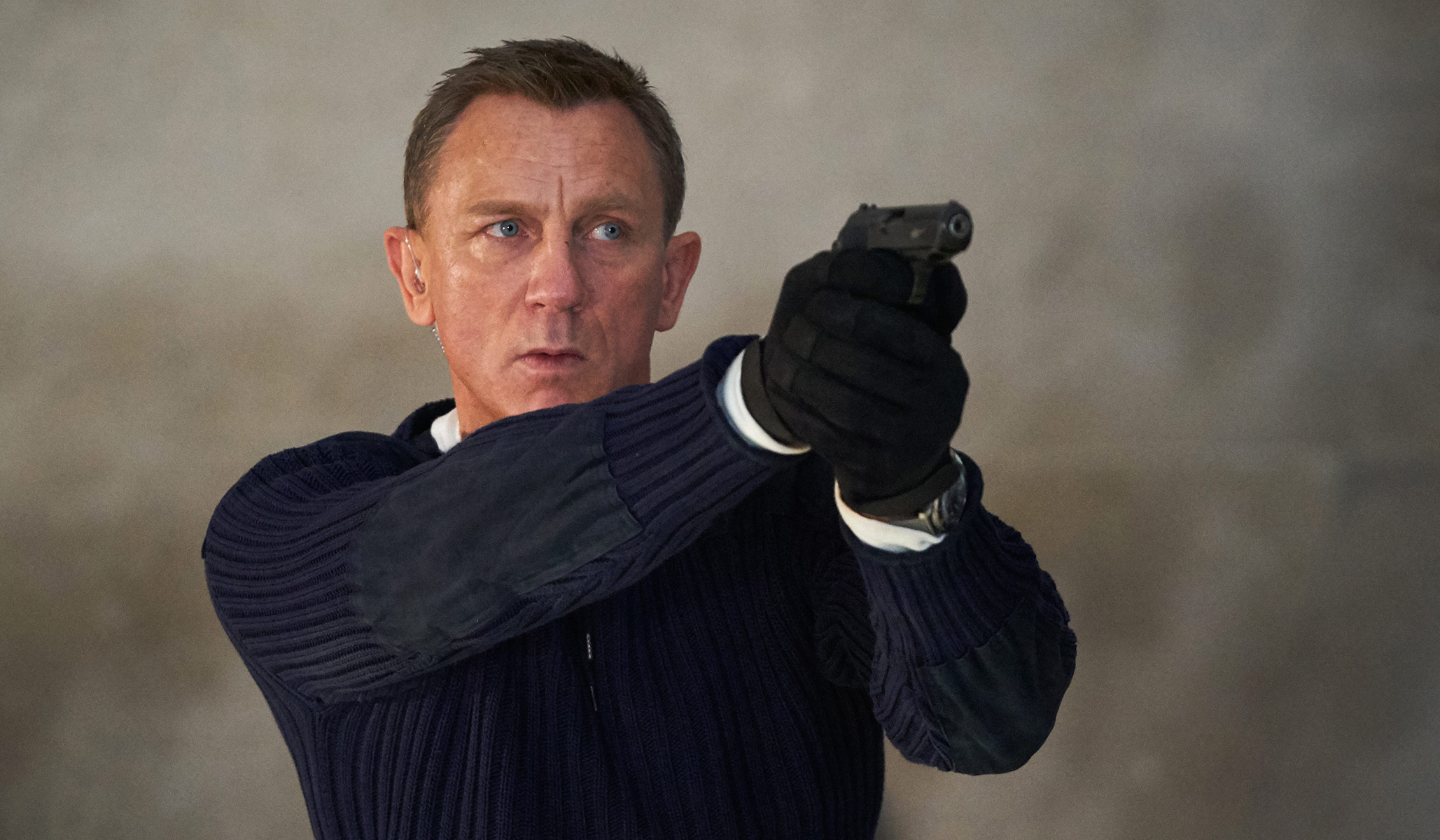