Government needs to be more than crass extortion.

My favorite criminals are those known in the literature — or at least in the movies — as “standovers,” criminals who specialize in victimizing other criminals. Examples of the type are Omar Little in The Wire, whose occupation is robbing Baltimore drug dealers, and the Joker in The Dark Knight, who loots and extorts Gotham’s mob bosses. The really bold ones who show up at large drug deals and rob both sides.

The problem with the standover business model, obviously, is the same as the problem of scorched-earth banditry: It drives away exactly the sort of activity that the criminal needs to make his own living — it’s a crime on the wrong side of the Laffer Curve. For this reason, banditry frequently degenerates into a protection racket, a relatively modest tax on criminal enterprises and non-criminal enterprises alike. Protection rackets have their own challenges: For one thing, you actually do have to provide some protection, mainly from other predators like you. Over the years, economic success and administrative demands eventually transform bands of roving bandits into bands of stationary bandits. One popular theory of the state — one that is pretty well-supported by the historical evidence in the European context — is that this is where governments come from: protection rackets that survive for a long enough period of time that they take on a patina of legitimacy. At some point, Romulus-and-Remus stories are invented to explain that the local Mafiosi have not only historical roots but divine sanction.

The fundamental problem — the provision of services — never really goes away. It is even today a critical issue in places that are (or recently have been) ruled by crime syndicates such as the Taliban and Fatah. Hamas, especially, is known to put some real effort into the social-services front. There are some services that markets historically have not done a very good job of providing — these are called “public goods,” which is a specific term from political economy and not a synonym for “stuff the public thinks is desirable” — and their provision is the only real reason we have governments. Or, more precisely: Providing public goods is the only legitimate reason we have governments.

Our swollen public-sector payrolls, particularly at the state and local level, are little more than a supplementary welfare state.

In reality, we have governments for lots of reasons, most of them illegitimate: That ancient instinct toward banditry is powerful, and the desire to make a living by simply commanding economic resources rather than earning them through trade or labor seems to be a fixed feature of a certain subset of human beings. Patronage and clientelism are very strong forces, too, and government can be used to create public-sector salaries or welfare benefits that are well in excess of the wages that political clients could expect to earn in honest work. In the United States, our swollen public-sector payrolls, particularly at the state and local level, are little more than a supplementary welfare state, providing a more dignified form of public dependency for relatively low-skilled and mainly unenterprising people.

The problem for the U.S. political class is that the provision of actual public goods is nowhere near large enough of an enterprise to justify all of the clients they want to pay on the public payroll or all of the large, complex, lavishly funded agencies that they want to establish for the purpose of putting themselves in charge of them. So they have to return to the old protection-racket model: Much of American government today exists simply to stand between you and your own goals to collect a fee.

RELATED: Only Madisonian Civil Disobediance Can Turn Back the Tide of Intrusive Government

Lately, our Democrat friends have taken to pointing out that things are done rather differently in places such as Denmark and the Netherlands, where taxes are very high and where — our progressive friends generally leave this bit out — people get a lot more for what they pay in taxes. Once you figure in federal, state, and local spending, U.S. public-sector spending isn’t much different from Canada’s or much of Europe’s or the OECD’s — but what do we get for it?

Been to the DMV lately?

#share#On Friday, I had a “one of those days” morning: A completely flat tire thanks to an errant construction fastener of some sort and a cell phone that had suddenly quit functioning. It turned out to be one of those days during which market-based services really shone: I dropped the dead wheel off at Discount Tire and drove to the Apple store on my spare, and in an hour or so both things were fixed for a total cost of $0.00. Compare that with my recent experience transferring a driver’s license from one state to another a few months back: As such episodes, go, this one wasn’t terrible, but it still took nine hours, required several forms of documentation rarely used anywhere else, and (including the new registration) cost as much as the monthly payment on a modest car. To what end? What public good was being provided? None, so far as I can see: It is not as though there was some kind of examination to make sure that I am a good driver or otherwise capable — the local DMV was more than willing to take the state of New York’s word for that; New York had in turn taken the word of Connecticut, which took it from Virginia, which . . . you get the picture. There was nothing about the transfer process that couldn’t have been done at an ATM, but I was obliged to justify myself to three different clerks and to spend a non-trivial sum of money.

RELATED: Bureaucrats Use Taxpayer Money to Subsidize Their Own Values — and No One Else’s

Likewise, vehicle registration serves no real public purpose. Titles and vehicle-identification numbers document ownership in cases of theft or abandoned vehicles. The driver, not the owner, is generally the responsible party when there is a moving violation. The registration form is simply a testimony that you have paid a tax.

When it comes to government, if you aren’t involved in the provision of actual public goods, you are involved in extortion.

If you ever have started a business, you are more than a little familiar with the armed-middleman business model, with 70 or 80 percent of your compliance challenges being composed of things that you have to comply with for the sake of complying with them. I always enjoyed putting up those OSHA posters featuring men in hardhats and shovels in my newspaper offices, where the most likely injury was carpal-tunnel injury or possible hearing damage when I started yelling at you around deadline time. I once put the question to a young, idealistic liberal Democratic budget guy in the employ of the city of Philadelphia: “What share of city workers actually does something useful?” His estimate was about 1 in 10, excluding police, firemen, and teachers — but, considering the number of police officers whose full-time job is administrative work at the Police Athletic League, you might want to qualify that further still.

When it comes to government, if you aren’t involved in the provision of actual public goods, you are involved in extortion. It may be legal. It may have the blessing of the mayor, the city council, and your union representative, but it’s still extortion. And you should be ashamed of yourself. If your only purpose is getting in the way until somebody hands you money, then you are part of a protection racket. And you might want to think about going into a more honorable line of work. 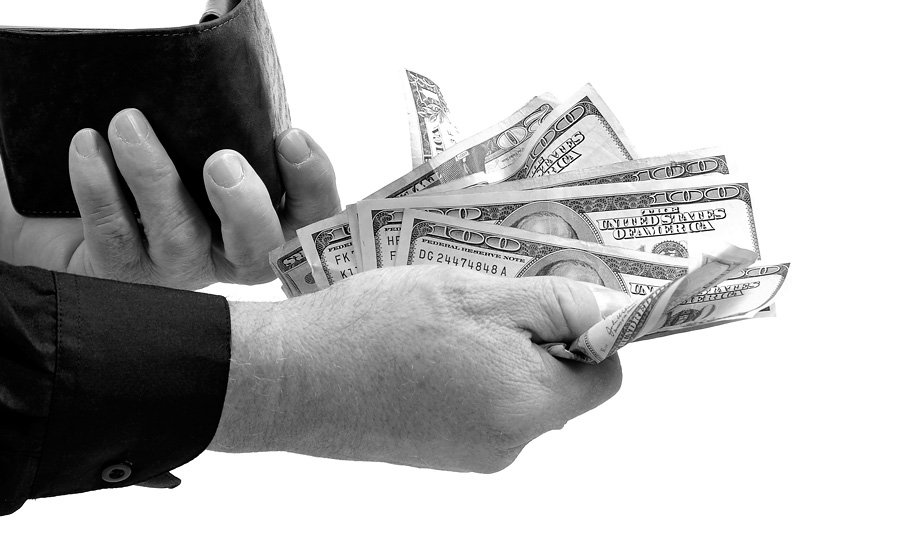