What would the U.S. economy look like if there were eleven new companies the size of Pfizer?

A little back-of-the-envelope math: If those eleven companies each employed about the same number of people as Pfizer, that would be the better part of 1 million new jobs, which would take care of about 13 percent of those Americans currently jobless — and if they got nice Pfizer wages, too, so much the better. There would be an additional $2.1 trillion in the pension funds and individual retirement accounts invested in those companies’ shares. If those firms paid taxes comparable to Pfizer’s, their annual tax payments would exceed the annual total revenue of the National Football League and would by themselves more than fund the annual budget of the Environmental Protection Agency or the combined budgets of the Small Business Administration and the National Science Foundation. The money their employees paid in individual taxes could fund the entire budget of NASA or the Department of the Interior.

But we aren’t getting eleven new Pfizers. In fact, we’re losing the Pfizer we have.

Pfizer is merging with a smaller Irish pharmaceutical company, Allergan, and the legal headquarters of the new enterprise will be located in the Republic of Ireland rather than in the United States. The main reason for this is the U.S. corporate tax, which is effectively the highest in the developed world (it is exceeded on paper by the corporate tax of one very poor country, Chad, and one very economically weird country, the United Arab Emirates). Worse, the U.S. corporate tax is an especially cumbrous levy, with Washington seeking to tax companies on their worldwide business activities; the international norm is the territorial tax system, in which a company is taxed by any given country only on the business conducted in that country.

RELATED: Is Corporate America Letting Us Down?

Merging with a small firm overseas and relocating the corporate headquarters to a friendlier tax environment is called a “corporate-tax inversion,” and the maneuver, though entirely legal and ethical, cheeses off the sort of people who’d like to get their hands on a chunk of that corporate cash and use it to fund favors for their political supporters. (Also legal, though not obviously ethical.) Notice that U.S. companies are not relocating to Caribbean tax havens but instead to developed, prosperous, high-wage countries such as Ireland, Switzerland, and Canada, which have tax rates that are high relative to Gibraltar’s or Montenegro’s but low relative to the United States’.

The result is that many U.S.-based companies keep their overseas profits overseas, thereby delaying the payment of rapacious American taxes. Apple is the most famous cash-hoarder; if its more than $200 billion in sidelined cash were a separate company, it would be a firm somewhere between Chevron and Exxon in value.

#share#We — we Americans, the investors, workers, and entrepreneurs behind the greatest economic engine the human race has ever seen — are denied the benefits that might be derived from the success of American firms abroad because of the greed and stupidity of American politicians. Never mind the value of that $2.1 trillion as cash today; imagine what it might have produced if it had been repatriated and reinvested in new and expanded enterprise. Not every investment is going to be a home run, of course, but: Google began with a $100,000 investment; Apple was launched on less than $1 million; Facebook began as a $15,000 project.

RELATED: What Democrats Mean by ‘Paying Your Fair Share’

Politicians create economic incentives for firms to do certain things, such as park their foreign earnings abroad, and then howl when companies respond rationally to the incentives the politicians created. This is usually followed by denunciation, which is the mode the Democrats and some Republicans are in, lambasting as “unpatriotic,” “deserters,” “traitors,” and guilty of economic “treason” the companies in question. (You’ll recall the ritual denunciations of Mitt Romney as an “economic traitor.”) The next step is the threat to use force against firms that won’t toe the political line. Former secretary of labor Robert Reich, a leading progressive voice, has suggested stripping dissident companies of legal protections for their intellectual property. Hillary Clinton has suggested simply seizing the assets of companies that relocate abroad. (She calls this an “exit tax,” but it is, in fact, ransom.) Jeb Bush and quondam Democrat Donald Trump both have put forward punitive measures to discourage tax inversions.

The problem is plunder by politicians, and the answer politicians are giving is: more plunder.

The reality is that it is getting harder and harder for politicians to bully businesses. New York City still treats its business community pretty shabbily, but its leaders do seem to have started to get the message that nobody really has to be on Wall Street any more. First they moved to Connecticut, then to Charlotte and Houston and beyond. There was a time when any serious financial enterprise had to have an office in Lower Manhattan. That time is past.

What the politicians don’t seem to understand is that there is no particular reason Apple needs to be a California firm. And, indeed, California has seen some valuable enterprises (including some Apple operations) migrate to Texas and elsewhere. All fine. But take the calculation one step further: There’s no reason Apple needs to be an American firm at all. Yes, there are many upsides to being domiciled in the United States, but that’s a cost–benefit analysis, with politicians adding to the “cost” column every year and doing damned little on the “benefit” side of the ledger.

And Apple has the other 96 percent of the human race to sell its wares to.

#related#Frédéric Bastiat’s timeless counsel — that we must account for the unseen as well as the seen — is here applicable: The United States is a rich country, but one that would be much, much richer if capital were given a bit more liberty to work its magic. If Los Angeles were as competently governed as Zurich, it probably would be the richest city on earth by multiples of whichever came in second. If New York City had had a lot more John James Cowperthwaite and a lot less John Lindsay . . . who can imagine?

Capital just wants to be loved. It will go where it is most welcome. And try as they might, the politicians can’t stop it. 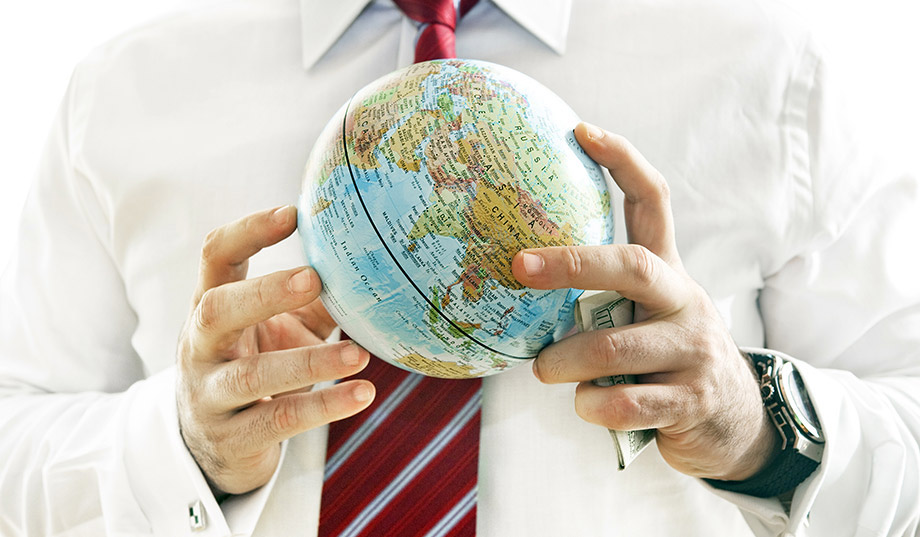