In Wednesday’s foreign-policy speech, Donald Trump accurately described President Obama’s Iran deal, the so-called Joint Comprehensive Plan of Action (JCPOA), as “disastrous.” But his understanding of why this is the case is elusive — formed through his deal-maker prism, not by history, ideology, and the American interests he vows to prioritize. His remarks also raised more questions than they answered about his intentions. That means the speech was counterproductive because undermining the Iran deal — which is very much in America’s interests — requires presidential contenders to affect the behavior of the relevant players right now, not a year from now.

In negotiation, you must be willing to walk. The Iran deal, like so many of our worst agreements, is the result of not being willing to leave the table. When the other side knows you’re not going to walk, it becomes absolutely impossible to win.

That is wrong. The JCPOA debacle is the result of being at the negotiating table in the first place. We gave the store away simply by sitting down, absent any conditions or changes in behavior, with a committed enemy of the United States, the world’s prime state sponsor of terrorism, while it was actively fueling anti-American jihadists, calling for “Death to America,” holding American hostages, threatening the annihilation of Israel, persecuting its own people, and developing nuclear power and ballistic missiles in violation of international law. Just by coming to the table, Obama signaled that he was ripe for the taking. It was never a matter of not knowing when to walk away.

Iran policy should not be about how to get a better deal. It should not even be about nuclear weapons — not primarily. The U.S. strategy on Iran should aim to suffocate the jihadist regime.

Tehran is incorrigible. I have my doubts that Trump has read the JCPOA, but I am quite confident that he is unacquainted with Iran’s constitution (as amended in 1989). He should have a peek — he might find it almost as consequential as The Art of the Deal.

From the beginning the regime proclaims itself as the vanguard of a “revolution” that is “distinguished” from all other upheavals by “its ideological and Islamic nature.” The objective of the revolution is to create “a single world community” dominated by Islamic law. The constitution makes crystal clear that America is regarded as the principal enemy of the revolution, and that enemies must be fought by “an ideological army,” a concept explained as follows:

In the formation and equipping of the country’s defence [sic] forces, due attention must be paid to faith and ideology as the basic criteria. Accordingly, the Army of the Islamic Republic of Iran and the Islamic Revolutionary Guards Corps are to be organized in conformity with this goal, and they will be responsible not only for guarding and preserving the frontiers of the country, but also for fulfilling the ideological mission of jihad in God’s way; that is, extending the sovereignty of God’s law throughout the world. [Emphasis added.]

This article of the Iranian constitution elaborates that the obligation to fight jihad against non-believers until Allah’s law, sharia, is established globally is drawn straight from “the Koranic verse [Sura 8:60]: ‘Prepare against them whatever force you are able to muster, and strings of horses, striking fear into the enemy of God and your enemy, and others besides them.’” [Emphasis in original.]

RELATED: The Enormous Fraud of the Iran Deal Is Catching Up to Obama

In his speech, Trump faulted post–Cold War American foreign policy for its failure to be “clear-sighted about the groups that will never be anything other than enemies.” He argued that it is pointless to try to reach some understanding with such people. Well, the Iranian regime are such people. Quite literally, they are constitutionally opposed to us. Yet Trump concludes that the problem is Obama’s failure to drive a harder bargain, his unwillingness to leave the table without a deal — any deal. There can be no deals with enemies who would not even be satisfied with our surrender if our annihilation remained an available option.

Obama, however, has done the disastrous deal. Thus, the question becomes: What does Trump intend to do about it?

#share#The speech did not grapple with that question directly or clearly. It did sow confusion, though. Part of this owes to an earlier version of Trump’s speech, the text of which was embargoed until after the speech was given. In it, Trump reportedly appeared poised to announce that he would hold Iran strictly to the terms negotiated by Obama — in effect, embracing the deal even as he derided it. Yet in the speech he actually delivered, he said nothing one way or the other about whether he considered himself or the United States bound by the JCPOA.

Instead, Trump puffed up his chest and thundered that “Iran cannot be allowed to have a nuclear weapon” and would “never” get one during a Trump administration. Like we haven’t heard that before. Throughout the Obama years, Iran has disclaimed any desire for nuclear weapons while assiduously working to develop them; and Obama has insisted Iran would not be allowed to have nuclear weapons while cutting a deal that gives the mullahs an industrial-strength nuclear-power capability and allows them to weaponize in a little over a decade.

So Trump needs to do better than “never, never.” Since the terms of the deal enable Iran to have a nuclear weapon if the regime chooses to do so, and since the regime’s continuing, provocative ballistic-missile testing powerfully illustrates that it intends to do so, the question, to repeat, is: What is Trump going to do about the JCPOA?

To the limited extent Trump answered, he was cryptic — in a Clintonian, Obama-esque way. Not surprisingly, the tea leaves are disturbing. Right after faulting Obama’s unwillingness to walk away from the negotiating table, Trump added, “At the same time, your friends need to know that you will stick by the agreements you have with them.”

Why is that disconcerting?

Because Obama’s Iran deal is not just with Iran. It was a multi-lateral negotiation in which the U.S. was one part of the so-called P5+1 — the five permanent members of the United Nations Security Council (including our allies, Britain and France), plus Germany. And right after the agreement was signed, Obama ran to the U.N. to seek, and obtain, a Security Council Resolution (S.C. Resolution 2231) formally endorsing the JCPOA. Consequently, to put the matter in Trump’s terms, the JCPOA is a deal we have not only with Iran but with several of our friends — neatly wrapped in a resolution to give it the patina of international law.

Except it is not law in the United States. It is simply an unenforceable executive agreement. Our friends can moan if they like, but they are well aware of the American constitutional requirement that no international pact has the force of law absent the approval of the American people through their representatives in Congress — either in the form of a treaty ratified after supermajority Senate consent or by regular legislation codifying the pact’s terms. That hasn’t happened here, so the next president is free to declare the deal null and void.

This is why Obama and his fellow transnational progressives are in a hot panic to implement the deal, lift the sanctions, provide Iran with the JCPOA’s financial windfall, and encourage corporations and banks to ignore the sanctions by establishing lucrative business contracts with Tehran. Obama shrewdly calculates that if the the deal is de facto implemented, its de jure shortcomings will be irrelevant.

#related#The only way that doesn’t happen is if the leading candidates for the presidency make clear, right now, that if they are elected, the JCPOA will be ignored, the American sanctions will be enforced (meaning companies and financial institutions that ignore them will be in legal jeopardy), and the next administration will set about the task of rebuilding the international sanctions and marginalizing the Iranian regime as a pariah to be squeezed, not a business partner to be coddled.

Trump, by contrast, intimated that any agreement our friends plausibly believe they have with the United States is one we have to stick by, no matter what. He also, quite unnecessarily and foolishly, pronounced Iran — a tyrannical butcher and our implacable jihadist enemy — to have “great power” status. So is Trump saying what’s done is done and we have to live with Obama’s deal? Is he saying a mere executive agreement between governments is binding on the American people even if the Constitution’s requirements are ignored?

Your guess is as good as mine. But he certainly did not clarify his views on Wednesday — and, as we have seen with Trump — even if he had espoused a position today, he’d likely be ridiculing it as “incoherent” and “incompetent” tomorrow.

(I support Ted Cruz for president.) 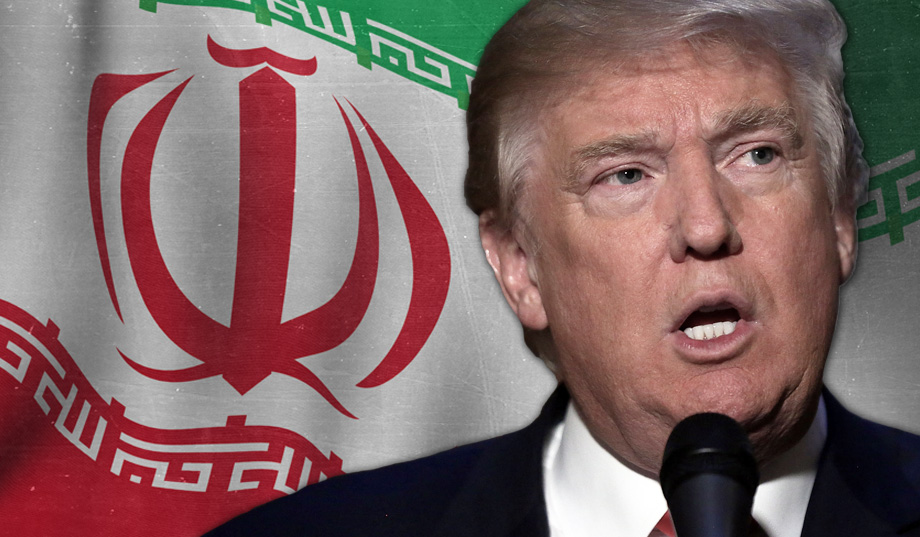