If Trump loses, he’ll likely be one of the few candidates in history who have only themsleves to blame.

If Donald Trump suffers a big loss in November, it will go down as a true rarity in the history of modern American presidential politics: a self-inflicted landslide defeat.

If the current polling is accurate, Hillary Clinton is likely to win all the states Obama won twice, plus North Carolina. That would give her 347 electoral votes. She has a shot in Arizona, Georgia, one of Nebraska’s congressional districts, and perhaps Missouri or Utah; sweeping all of those would give her 391 electoral votes.

The past two generations of American voters saw some epic landslides in presidential races: Democrat Lyndon Johnson beating Barry Goldwater in 1964, Republican Richard Nixon beating George McGovern in 1972, Republican Ronald Reagan beating Walter Mondale in 1984. But a Trump loss would likely be remembered quite differently than those one-sided contests.

Only once since 1952 has a party kept control of the White House for three straight terms: the Republicans, from 1980 to 1992. That third term is nearly impossible to lock up, even under circumstances more prosperous and peaceful than today’s — ask Richard Nixon, Gerald Ford, or Al Gore. Trump is taking on the second-most-unpopular nominee in recent polling history at a time of terrorist attacks on American soil, a growing menace overseas, and a still-middling economy.

Models of a generic Republican against a generic Democrat show a GOP win. Considering all the other factors, a Republican candidate shouldn’t lose by a wide margin. It’s not clear that Barry Goldwater, George McGovern, or Walter Mondale squandered political circumstances quite so favorable.

Some have compared Trump’s campaign — and the strident, often-personal criticism it’s invited — to Goldwater’s effort in 1964. It’s easy to picture the Clinton campaign recycling Johnson’s infamous “Daisy” ad, which suggested that Goldwater’s election would lead to nuclear war. It’s even easier to picture Clinton’s team repurposing the anti-Goldwater slogan, “In your guts, you know he’s nuts,” for use against Trump.

Trump is quite different than Goldwater and McGovern in that he goes out and confirms his opponents’ caricature of him every single day.

But if Goldwater was a lunatic, he was the kind who somehow managed to hold it together long enough to reach the rank of major general in the U.S. Air Force Reserves, flying 165 types of aircraft in his career. If Goldwater was a lunatic, he was that rare one who could write the philosophical treatise The Conscience of a Conservative. Johnson and others very effectively caricatured Goldwater as a senatorial version of Slim Pickens riding the H-Bomb, which helped cost him the election. But in actuality he was a humble, gracious, deep thinker who worked extensively with members of both parties. After President Kennedy’s assassination, any Republican nominee would have had an enormously difficult task defeating Johnson, running on Kennedy’s agenda with the public’s sympathy at his back. You rarely hear historians speculating that other GOP options in the 1964 primary, such as Nelson Rockefeller or James Rhodes, would have succeeded where Goldwater failed.

The caricature of McGovern’s 1972 campaign was also so successful as to pass into history almost unchallenged: “Acid, amnesty, and abortion,” a phrase that originated with McGovern’s short-lived running mate, Thomas Eagleton. But McGovern, like Goldwater, contradicted the cartoon his opponents painted in some key ways. He was the passionately anti-war candidate who volunteered for the U.S. Army Air Forces a month after Pearl Harbor and flew 35 bombing missions over German-occupied Europe. He was a known quantity in American politics by 1972 having been elected to the House 16 years earlier and the Senate ten years earlier. His liberal agenda might have seemed extreme at the time, but no one doubted his sanity or temperament. William F. Buckley called him the “single nicest human being I’ve ever met.”

If McGovern was an extremist, he was the kind of extremist who would work with colleagues for two-and-a-half decades in Congress, the kind of hard-line ideologue who could somehow bring himself to vote for Gerald Ford and Robert Dole over Jimmy Carter and Walter Mondale in 1976. McGovern’s campaign stumbled, most notably by picking and then replacing the politically toxic Eagleton, but the chaos of the late 1960s and early 1970s undoubtedly put Americans in a mood for “law and order.” The Democrats’ other top options, Hubert Humphrey and Edmund Muskie, had just lost to Nixon four years earlier.

Walter Mondale will be remembered for the worst electoral college defeat in American history. But in 1984 he was considered the safe choice for Democrats. He had been a vice president, senator, and attorney general; he stood in what was then the relative center of the Democratic party. He was a relatively unifying choice, and was the front-runner throughout the primaries. His selection of Geraldine Ferraro as a running mate was bold and historic. Yes, he did the unthinkably unwise, declaring in his acceptance speech at the convention that, “Mr. Reagan will raise taxes, and so will I. He won’t tell you. I just did.” But in the end, Mondale’s defeat was less a reflection on him than on his opponent; Americans felt really good about where the country was in 1984, so they eagerly signed on for another four years with Reagan.

Trump is quite different than Goldwater and McGovern in that he goes out and confirms his opponents’ caricature of him every single day. Unlike those men and Mondale, he has no record of votes in a legislative body or signature legislation, no military service, and few longtime allies in the national and state parties. He has high name recognition but has never run for office before, a trait that his fans insisted was an advantage. He’s erratic, imprecise, and sometimes incoherent in his statements. He shows no interest in policy details and dismisses the need for campaign offices in swing states.

Looking back on previous historic presidential defeats, a confluence of factors made the losing candidate’s task almost impossible: the economy, social changes, the national political environment, the electorate’s appetite for change or lack thereof. If Trump loses, the explanation for 2016 will be much simpler: Even with the wind at his back and a deeply flawed opponent, he simply wasn’t up to the task of winning over a majority of the American electorate.

For once, in other words, it really will be the candidate’s fault.

— Jim Geraghty is the senior political correspondent for National Review. 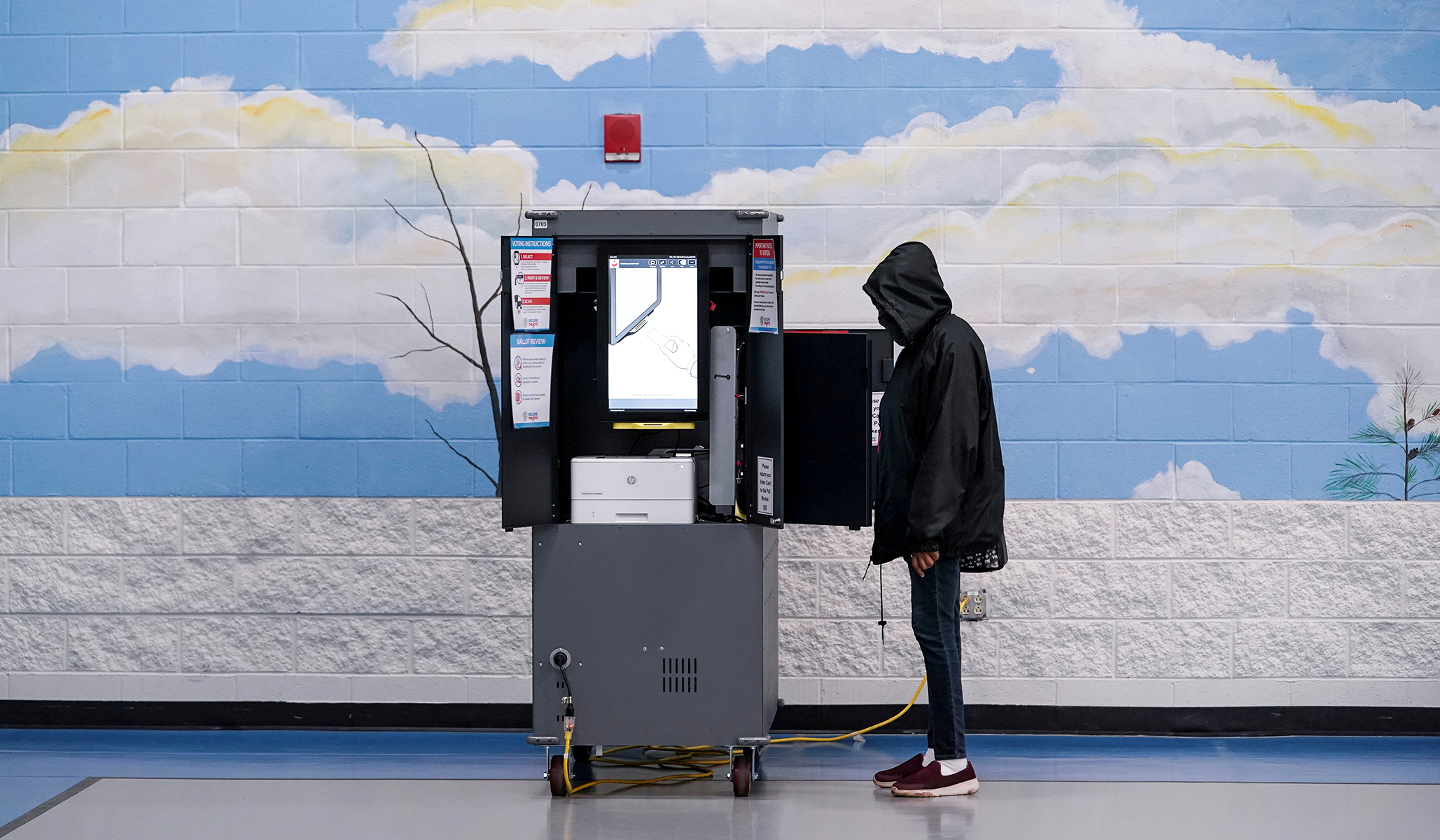