The U.S. and the West need to be firm.

President Donald Trump and Turkish president Recep Tayyip Erdogan met in Washington, D.C., on Tuesday to discuss U.S.–Turkish trade relations, the fight against terrorism, and more. But one topic that seems to have been ignored was Turkey’s democratic-turned-autocratic regime, which is at odds with a core NATO principle: that member states will promote democratic values.

Erdogan is intolerant of any opposition, especially when it comes from those in the media. As of December 2016, 81 journalists, more than in any other country in the world, were in Turkish prisons.

The U.S. and its NATO allies must lead Turkey back on to the path toward democracy, not autocracy. Turkey officially joined NATO in 1952 after establishing a multiparty election system in 1950. Nearly 70 years later, Turkey’s NATO allies must continue to hold all members to high standards, ensuring that they maintain democratic norms.

If the U.S. and NATO remain silent on Erdogan’s violations of human rights, the number of Turkish citizens being persecuted will likely increase, especially now that Erdogan has the authority to control all three branches of government. The Turkish people in April passed a referendum granting him broad presidential power, but there is reason to believe that it was not a fair and free election.

On Tuesday, the Bipartisan Policy Center said that the U.S. should “call for a reputable and impartial international review of the referendum, and continue to treat the results as illegitimate until such a point as Turkey has a free press and independent judiciary capable of investigating all evidence of fraud.” The BPC document also called on the U.S. to demand that Turkish officials release the journalists who are imprisoned because of their opposition to the president. “The key for American policymakers,” it said, “is to remain critical of Erdogan’s intensified efforts to crack down on his opponents through increasingly draconian means.”

Thus far, however, President Trump has done the opposite: He congratulated Erdogan for his referendum victory and pursued a stronger alliance with Turkey in the fight against terrorism. Advocates of a Trump–Erdogan alliance argue that Trump’s actions are appropriate: A U.S.–Turkish alliance in the fight against terrorism is necessary, and publicly opposing Erdogan’s regime would undermine counterterrorism efforts.

If members of NATO don’t begin expressing their disapproval of Erdogan’s regime, they will soon have in their alliance a country that explicitly defies the values NATO cherishes.

But Blaise Misztal, the director of the BPC’s national-security program, tells National Review that “Turkish cooperation with the U.S. on counterterrorism is mythical at this point.” Turkey turned a “blind eye” to ISIS’s use of its territory until 2015, Misztal explains, and it has bombed the Syrian Kurds, a U.S. ally on the ground.

The U.S. and NATO ought to “call Erdogan out on his excesses,” Misztal says. “More than anything, what Erdogan craves is the approval of world leaders. . . . He wants to be seen as a player on the world stage.” If Turkey’s NATO allies ignore Erdogan’s human-rights violations, the nation will almost certainly see the demise of its remaining democratic norms.

Even faced with the possibility of losing their democracy, Erdogan’s supporters appear to have remained loyal over the past several elections (if we assume that the result of April’s referendum on executive power was anaccurate reflection of public opinion). In the June 2015 parliamentary election, Erdogan’s party earned only 40.87 percent of the national vote – but, according to the BPC, the data on Turkish elections “suggest[s] that the results of June 2015 were an anomaly and that concerns over Erdogan’s authoritarianism, as well as the risks it brings to Turkey’s stability and economic prosperity, have had little impact on voters.” It seems that many of Erdogan’s devout supporters are concerned more with religious and cultural issues than with human rights and democracy.

If members of NATO don’t begin expressing their disapproval of Erdogan’s regime, they will soon have in their alliance a country that explicitly defies the values NATO cherishes. “Though he entered office with the promise of liberalization, EU membership, and economic growth,” the BPC report stated, “Erdogan now represents authoritarianism, abandonment of the West, and civil conflict.” 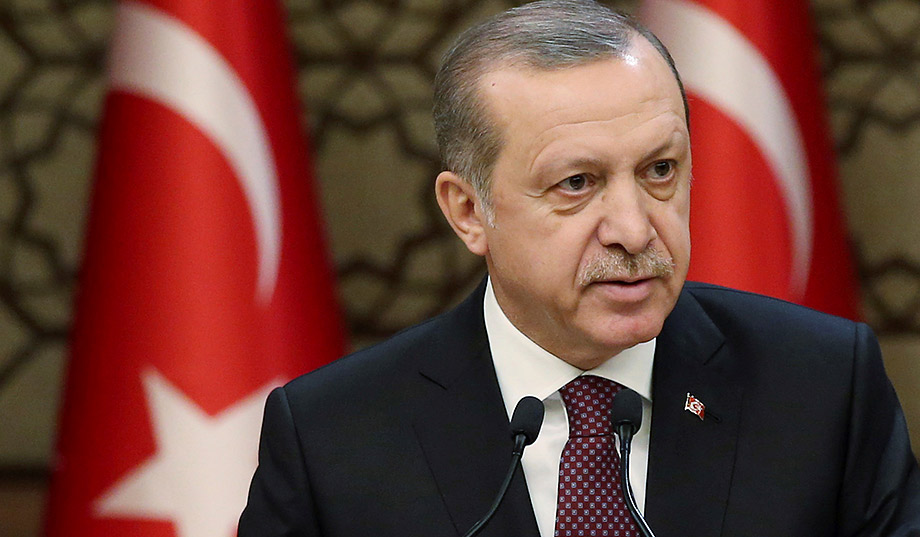