Crown Prince Mohammad bin Salman is just the latest heir to the Saudi throne to promise modernization. History says he would be wise to tread carefully.

An ambitious crown prince impatient to modernize a conservative kingdom. A grand plan to diversify an oil-dependent economy. The introduction of a swathe of liberalizing reforms from women’s rights to education. Efforts to curtail the powers of a traditionally dominant religious establishment. An ever-closer embrace of the Western alliance. Plans to build new industrial cities in the desert and open an opera house in Riyadh.

There is much that is unprecedented about Saudi Arabia’s 32-year-old crown prince, Mohammad bin Salman, who recently secured his succession to the throne through an “anti-corruption” drive that locked up scores of potential opponents. But none of the above is. In fact, it doesn’t come from bin Salman’s much-vaunted “Vision 2030″ plan for Saudi Arabia at all. It describes the plans of his uncle, Prince Fahd, for transforming the Kingdom in the late 1970s, shortly after he had become its de facto ruler.

The apparent succession struggle that preceded bin Salman’s rise to power is nothing new for Saudi Arabia, either. The purge of hundreds of prominent Saudis in a wave of arrests early last month is now widely believed to have been an attempt on the crown prince’s part to preempt a challenge from within the royal family. If it was, it mirrored the history of his father, King Salman, who in the early 1960s was himself involved, on the other side, in exactly such a family coup to overthrow an earlier modernizing Saudi monarch, King Saud bin Abdul-Aziz.

Back then, King Saud also grappled with economic recession and a critical shortage of funds. He also presided over a cabinet of technocrats, played the nationalist card with the Saudi people, and sought to exclude his brothers from succession, in favor of his sons. The royal reaction led to King Saud’s detention, before he was compelled to abdicate in favor of his more conservative half-brother, King Faisal, in 1964.

Before he formed his famous “Clash of Civilizations” theory, the great Harvard political scientist Samuel P. Huntington was best known for his characterization of the “King’s Dilemma.” All monarchs in the modern world, he said — provided they did not want to end up like the queen of England — had to choose between two possible alternatives: Either they suppressed the forces of change, relying on traditional bases of power such as the throne and the religious establishment, or they sought to win popular support as sponsors of modernization in the service of the national interest. The first strategy promised continuity and immediate stability, but at the risk of fomenting full-scale rebellion. The second promised ongoing royal relevance, but at the risk of encouraging those very forces that would make monarchy itself obsolete as the middle classes made escalating demands for political power. The most dangerous moment of all was when a king sought to shift between the two.

The past half-century of Saudi history has been a national enactment of this dilemma. Take the case of Prince Fahd, Saudi Arabia’s first “Mr. Modernity.” Fahd bin Abdul-Aziz was a thoroughly Westernized Saudi prince, a former playboy and a reformist minister of education. After becoming crown prince, in 1975, under the titular reign of King Khalid, Fahd set about on an outward-facing program of national development. He introduced a plan to build new cities, road networks, and industrial infrastructure that could jumpstart the Saudi economy and end its dependence on oil. He introduced a range of secularizing reforms, including the country’s first system of universal, free education. And he reduced the grip of the Saudi clerical establishment over the Kingdom’s legal and social order. By the end of the 1970s, the House of Saud was unequivocally on the side of modernization and the West.

As Shah Mohammad Reza Pahlavi was then discovering on the other side of the Persian Gulf, such revolutionary changes coming from the top would meet with resistance from the bottom. Throughout the Kingdom, extremist Salafi groups proliferated. The Saudi royal family, these groups claimed, was placing the pursuit of national wealth above piety. It was subservient to the Christian West, and had introduced secularism and moral corruption into an Islamic society.

The reactionaries’ moment came in November 1979. A group led by a disaffected former employee of the Saudi National Guard — the tribally based military force whose long-serving head, Prince Mutaib bin Abdullah al Saud, was arrested in last month’s purge — seized the Grand Mosque of Mecca, supported by hundreds of insurgent followers, and proclaimed the end of Saudi rule in the Arabian Peninsula. Only a month-long siege, a reluctantly issued fatwa by the Wahhabi clerical establishment, and the assistance of French special forces enabled the monarchy to restore control, at the cost of a bloody assault that left around 250 dead. The 63 insurgents captured alive were subsequently beheaded in cities across Saudi Arabia.

In the years to follow, the Saudi response to popular religious reaction was more religion and less modernization. Westernizing reforms were rolled back: The religious establishment was given more control over schools and the judiciary, the separation of the sexes was strengthened, Western subjects were eliminated from school curriculums, cinemas were closed, and millions of extra dollars were invested in propagating the faith at home and abroad. After he became king in 1982, Fahd would abandon the secular royal title of “his majesty” to take on the neo-traditionalist one of “custodian of the two holy mosques.”

Saudi Arabia’s first great royal modernizer was the creator of the Wahhabi-dominated clerical state that Mohammad bin Salman is now up against.

In other words, Saudi Arabia’s first great royal modernizer was the creator of the Wahhabi-dominated clerical state which Mohammad bin Salman is now up against.

Mohammad bin Salman’s actions over the past year have removed any immediate possibility of a 1960s-style attempt within the family to curtail his power and reverse his agenda — his sidelining of his elder and more experienced cousin, Muhammad bin Nayef, in June, neutralized the most likely leader of such an opposition movement. Last month, in his speech to the Riyadh “Davos in the Desert” conference, bin Salman also sought explicitly to reassure his audience of world business and political elites that there would be no repeat of King Fahd’s ill-fated tenure. He would not, he said, allow either the Kingdom’s powerful religious establishment or its extremists to stand in the way of his plans for reform.

It is difficult for those in the West not to hope that the crown prince is right and that his plan will be successful. For many liberal Middle East commentators, there is a longer-term hope that Huntington will ultimately be proved right about Saudi Arabia as well: Mohammad bin Salman will become the victim of his own success, eventually forced to cede power until he is akin to Queen Elizabeth II, or at least to Jordan’s Abdullah II or Morocco’s Mohammed VI, who rule but do not govern.

But today the Middle East offers a third alternative outcome to the King’s Dilemma, one not readily apparent to Huntington in the 1960s. In this scenario, the modernizing king would find himself consumed not by the demands of a newly emerging middle class for more secular and representative government but by popular and angry demands for a more authoritarian and more Islamic one. Such demands are the substance of the most powerful elements of a Saudi opposition whose sympathies lie less with the imprisoned liberal Saudi blogger Raif al-Badawi than with Abu Bakr al-Baghdadi, ISIS’s self-styled caliph.

The Arab Spring erupted when nominally republican dictatorships — the Assad regime in Syria, the Mubarak regime in Egypt, the Qaddafi regime in Libya — tried to turn themselves into hereditary monarchies. Stripped of the competing interests and traditional balances inherent in Saudi-family rule, Saudi Arabia under the personal autocracy of Mohammad bin Salman may, by contrast, come increasingly to resemble one of those wretched, nominally republican dictatorships. Mohammad bin Salman may have subdued his opponents for the moment. But he has not removed the necessity of subduing them again, and, as Burke famously put it, a “nation is not governed which is perpetually to be conquered.”

Willful Blindness and Our Saudi ‘Friends’ 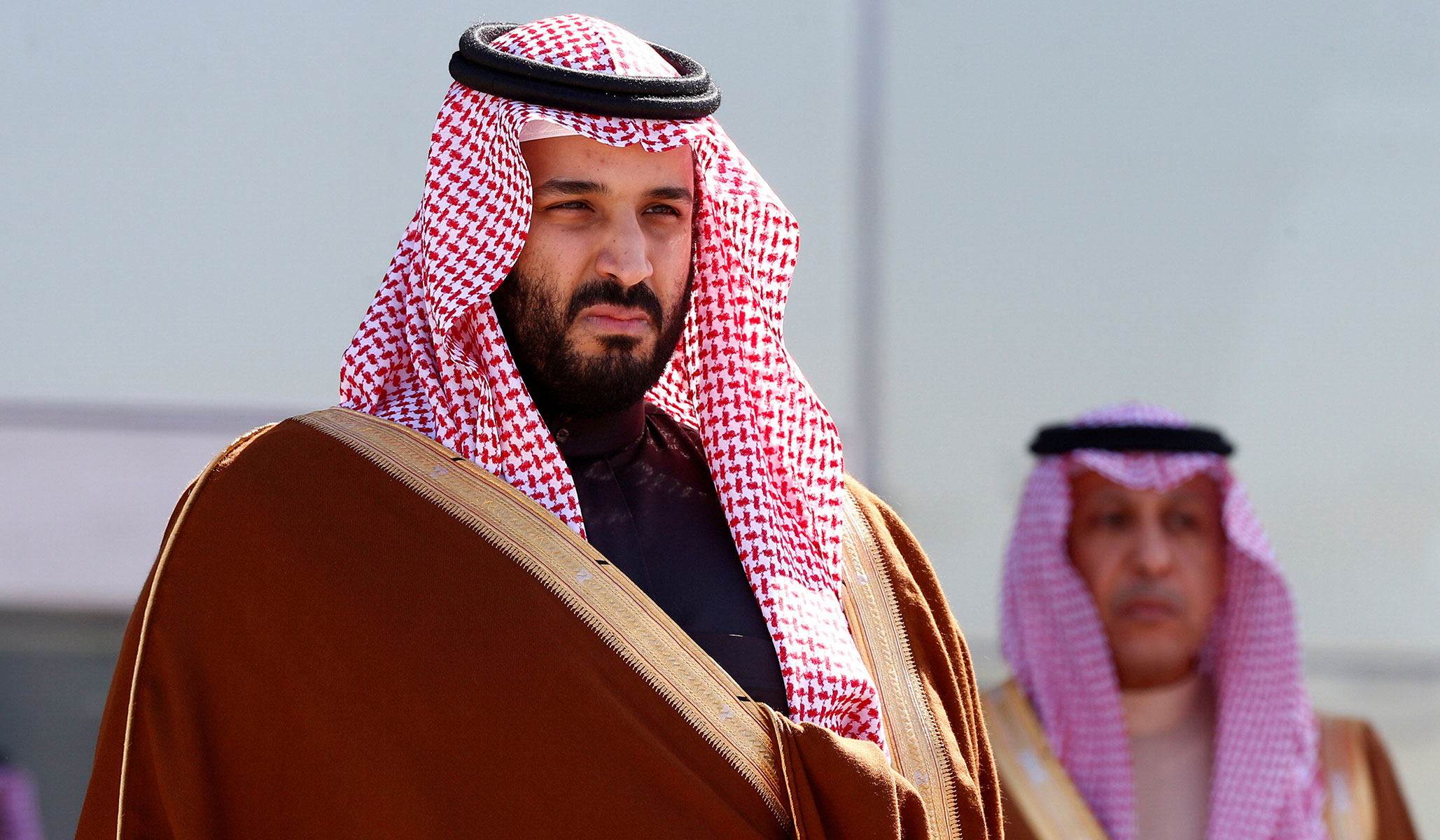