The Harder They Fall — a Thug-Western Allegory

The Marvel Cinematic Universe (MCU) first infantilizes its audience, then banalizes it, and, finally, controls it through marketing.

This commercial strategy, geared toward adolescents of all ages, resembles the Democratic party’s political manipulation of black Americans, targeting that audience through its insecurities about heritage, social prestige, and empowerment. So Marvel’s new, instant blockbuster Black Panther appeals to adolescent fantasies about birthright and ethnic invincibility — dishing up the routine super-heroics of T’Challa (Chadwick Boseman), a black version of Batman who fights crime dressed as a panther. He’s a recent addition to the Marvel Avengers series and the new king of Wakanda, a fictitious African nation devised by two of Marvel’s pseudo–social scientists, writer Stan Lee and illustrator Jack Kirby.

The Black Panther film and its hype are inseparable.

What motivates their methods of racial exploitation are confirmed by this week’s Time magazine: Its cover features Boseman, Black Panther’s star, handsomely replacing Time’s infamously racist, darkened O. J. cover, to prove that the publication has abandoned journalism to become a social-justice-warrior pamphlet. Combining youth and black exploitation is an effective propaganda tactic when audiences don’t recognize how they’re being manipulated; they’re simply flattered by it.

T’Challa’s superpowers, tight-fitting Panther outfit, and Shangri-La-style homeland (transferring the fabled El Dorado from the Western Hemisphere to Africa) distort actual history and anthropology the same way that TV, comic books, video games, and movies have supplanted traditional education and learning. Utopian Wakanda, hidden behind clouds and mountains away from European colonizers, resembles the faux-naïve heaven of the 1933 negro musical Green Pastures. But the old-timey Christianity in that film is now replaced by faux-naïve Afrocentricity, including clichéd tribal customs (T’Challa must fight challengers to his throne).

During the radicalized 1960s, Green Pastures’ stereotypes were considered an outrage. Black Panther would seem similarly fake if people weren’t falling for it without question. Once again, we see the nation’s psychic wounds — and black folks’ desperate need for whites’ appreciation — exposed by stripping off the Obama bandage.

Black Panther offers no mystical alternative to racism’s threat, or the helplessness engendered by the tragedy of slavery (the original sin of removing Africans from their real and imagined roots). Instead, the movie offers a panacea, a comic-book fantasy of black empowerment that exchanges the actual history of the ’60s Black Panthers for a superficial commercial remedy. Rather than any account of that hopeful, aggrieved, inspiring, yet violent and always controversial social-activist group, we get the story of a monarchy.

Even elderly academics and young Afro-futurists who prattle about “revolution” have unaccountably joined the circle of Black Panther hype, as if it was somehow a protest. They accord an oddball sanctity to the media practice that persuades the public to cheapen its own best interests. The horror of seeing the makers of Black Panther on the stump, invoking the names of serious historians from Dr. John Henrik Clarke to Ivan van Sertima, twisting their principled, arduous studies into promotional fodder, suggests an intellectual setback. The film’s frivolous sci-fi technology and gladiatorial fisticuffs can only assuage this moral betrayal momentarily — through cheeky ripostes about imperialism. (A Wakanda woman throws an ideological spear: “Don’t scare me like that, colonizer!”) Black Panther turns racial politics into what Malcolm X called “politricks.”

Black Panther is a Diaspora tale in reverse. Its homecoming plot — in which T’Challa’s sovereignty is challenged by Erik Killmonger (Michael B. Jordan) — pits one uprooted black against another. Rather than a battle of ideologies, like Booker T. Washington vs. W. E. B. DuBois, it plays out director-writer Ryan Coogler’s own inner conflict between his politically conscious upbringing in Oakland, Calif. (where the story is first set), and his desire to join the Hollywood mainstream. Coogler’s ambivalence is embodied by the dignified T’Challa and the swaggering Killmonger, updating the good brother/bad brother dichotomy of ’70s Blaxploitation films in which community activists fought drug dealers. (In Larry Cohen’s more imaginative iterations, black gangsters waged a complex, internecine battle at the bottom of a social hierarchy headed by whites.) What’s slightly different in Black Panther is the sentimentalized pain that drives hip-hop culture: fatherless boys reenacting that excruciating paternal absence. I have explained how Coogler honed this same theme in Creed, a fortuitous hip-hop reboot of the Rocky series.

But Oedipal conflict is too serious for the Marvel Comic Universe, so careerist Coogler gets distracted from his real subject and creates a kind of ideological retreat in which Afrocentricity becomes an opportunistic folly. Unlike biracial Vin Diesel’s The Chronicles of Riddick, which translated racial and political awareness into a quasi-classical drama, Black Panther marginalizes its white characters: “Another broken white boy for us to fix,” a Wakanda scientist rhetorically spears a CIA outsider. Its focus is on what masculinity means for heartbroken black boys.

The movie offers a panacea, a comic-book fantasy of black empowerment that exchanges the actual history of the ’60s Black Panthers for a superficial commercial remedy.

Coogler’s attempt at genre revision is part of Marvel indoctrination, so it’s less interesting than Zack Snyder’s battle with Warner Bros. over artistic expression in the D.C. Comics Universe. Snyder turns moral conflicts into sensual kinetics. You can relate to the great urgency of Man of Steel regardless of race, but Black Panther never achieves an interesting vision. The F/X, sets, and costuming are stock. They lack even the childlike idealization that made the “Africa” scenes of Eddie Murphy’s Coming to America and Michael Jackson’s Remember the Time music video such straight-up, feel-good versions of black anthropology. Afro-futurists will justify any whim, but how can they square the updated James Bond, Star Wars technology of the Wakandan people with the fact that they still live like the natives in Tarzan movies? This indicates how little Americans know about various cultures on the African continent. Black Panther’s Marvelization of black history and anthropology is pathetic, and the Marvelizing of black imagination is appalling.

Black Panther’s circuitous hype conforms to the song “The Circle of Life” from The Lion King, the still-popular ’90s animated film that is evoked here by native singing and by Forest Whitaker and Angela Bassett as elders trilling their R’s. Black Panther continues this ersatz Afrocentricity (patterned after Julie Taymor’s Broadway spectacle) without answering our deepest emotional needs. Coogler gives us only the superficial satisfactions of the ersatz, a kitschy substitute for meaningful expression of black social and spiritual advancement.

It’s a long, old story of cultural self-denial when that circle of hype — which keeps black Americans as bound to Hollywood as they are to the Democratic party — neglects other, more genuine entertainments about black American life. Maya Angelou’s film Down in the Delta, Benny Boom’s Next Day Air, and Doug Atchison’s Akeelah and the Bee, for instance, were naturalistic films devoted to black perseverance. They were box-office flops, made before the Obama era, before mainstream media learned to shamelessly calculate the political benefits of exploiting race (and gender) identity. But T’Challa’s boasts about Wakanda’s fanciful independence from other nations and its rich deposits of vibranium (a magical ore used to make weapons as well as Panther’s invincible suit) merely seduce Marvel fans into accepting a new brand of exoticized inanity.

Pity those who missed out on that edifying scene at the national spelling bee where Akeelah (Keke Palmer) spells out the word “filiopietistic.” It confronted the cultural processes that affect ethnic identification. Pointing to the word’s dictionary definition (“often excessive veneration of ancestors and tradition”), the film warned against the shoddy exploitation of black cultural desire that eventually denies personal awareness and self-examination.

Now that Marvel Cinematic Universe controls Hollywood’s agenda and promotes moviegoers’ immaturity, it sets such a low, formulaic bar that Coogler’s effort to customize it to his hometown, race-conscious ethos never rises above the escapism of other Marvel junk.


The media’s enthusiasm for this bland action flick is maddening. The problem isn’t one particular movie, but the celebration of the illusion of “progress.” When Hollywood pegs everything in terms of race or gender, it dictates to the masses and keeps them all in a plantation mentality, mindlessly applauding Black Panther as part of the new segregation. 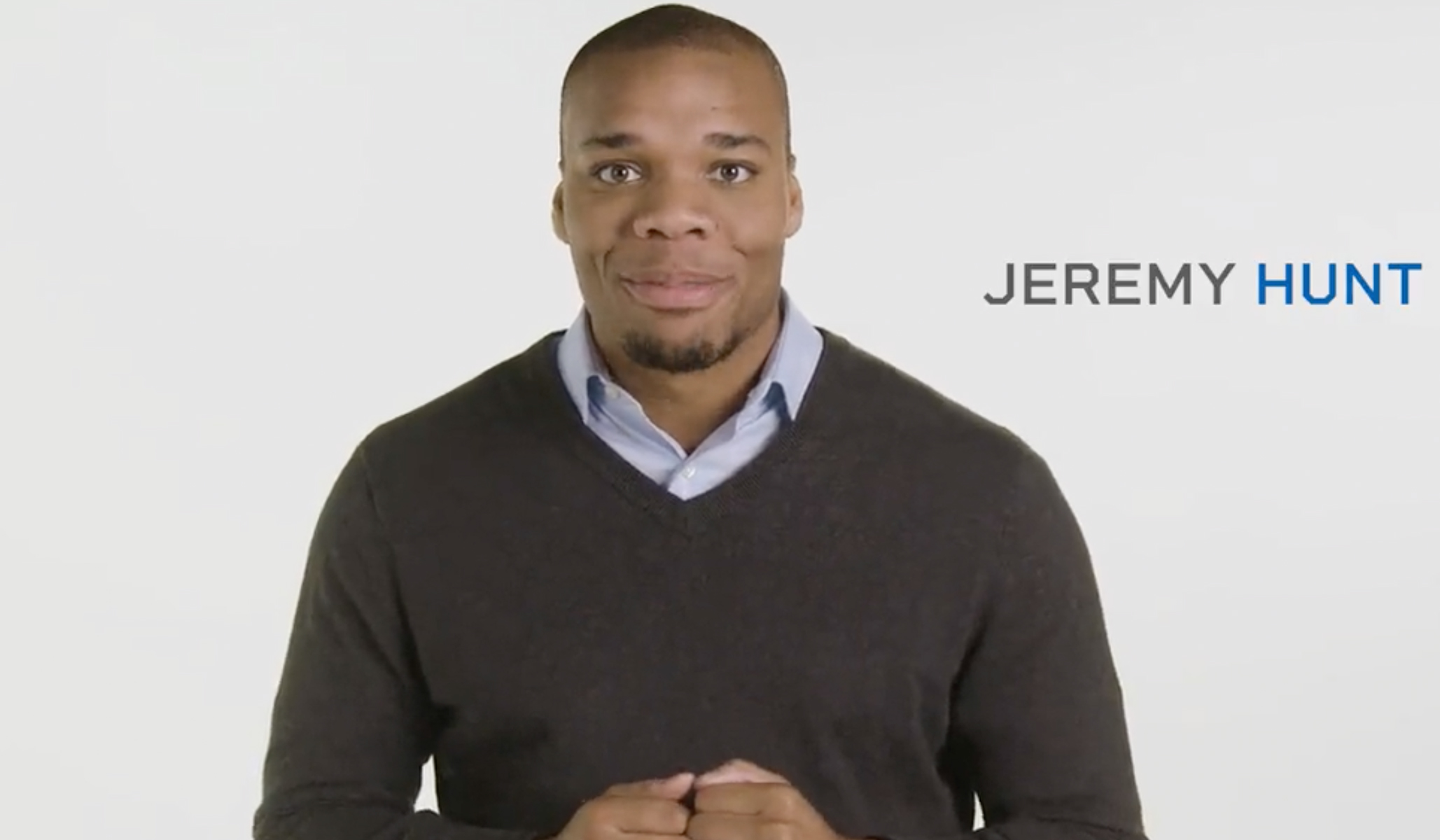