Christians and Muslims there are suffering an alarming rise in persecution, including mob violence.

India has been a steady U.S. strategic and economic partner for at least the past decade. It helps maintain political balance in the region, while reforms implemented to boost economic growth hold the promise of lifting millions out of poverty. Flying well below the radar of most mainstream media, however, is an ugly side of India’s success story. Its focus, and ours, on economic reform and innovation is masking the increasingly flagrant and violent harassment — in many cases, clear persecution — of India’s Christian and Muslim minorities.

India’s Prime Minister Narendra Modi, a member of the Hindu nationalist Bharatiya Janata Party (BJP), also belongs to Rashtriya Swayamsevak Sangh (RSS), widely considered to be the BJP’s parent entity and considered the world’s largest missionary organization. Modi’s rise to power has gone hand in hand with growing Hindu intolerance of Christianity and Islam. Fanatic adherents of radical Hindu nationalism regard both faiths as foreign imports that do not belong on Indian soil.

Prejudice against Muslims and Christians is deeply ingrained in India. Contrary to the Indian constitution, Muslim and Christian dalits — members of the lowest caste in the Hindu hierarchy — are denied government benefits that were intended to compensate for centuries of discrimination in Hindu society. Buddhist and Sikh dalits do receive benefits, including access to education and government employment, because their faiths, unlike Christianity and Islam, did originate in India.

For years, the nation’s Christian and Muslim leaders have been lobbying the government and the supreme court of India to grant Muslim and Christian dalits their constitutional rights as a matter of social justice — but to no avail. In the past year, chronic suspicion and disdain of Christianity and Islam have evolved into outright hostility and aggression. This is happening in the form of mob violence at the grassroots but also at the level of state legislatures, in the form of discriminatory legislation.

During the 2017 Christmas season alone, there were 23 incidents. Most dramatic was the arrest of 30 priests and seminarians singing Christmas carols in Madhya Pradesh state. They were accused of violating the state’s anti-conversion law, which has been on the books since 2013. Similar legislation is in force in seven other states. Eight priests who came to the carolers’ aid were physically assaulted, and their vehicles were set on fire. Police officers reportedly stood by without intervening. That scenario is an all too common. By some accounts, hundreds of anti-Christian incidents have occurred in the past year.

In 2008, in Kandhamal, Odisha State, a Hindu mob killed more than 100 Christians and destroyed more than 300 churches and thousands of homes. Five clearly innocent Christians are still in prison for allegedly murdering a local swami whose death triggered the killings. Left unchecked, Hindu nationalism will continue to grow more violent and claim more victims.

The BJP currently controls 18 of the 29 Indian states, which account for almost 70 percent of the India’s 1.2 billion people and for more than half of the Indian economy. Eight state elections are scheduled for this year, with the BJP expected to win most if not all of them. Last November, Thomas Macwan, the Catholic archbishop of Gandhinagar, called for prayers “to save our country from nationalist forces” that seem to be “at the point of conquering our nation.”

During the 2017 Christmas season alone, there were 23 incidents. Most dramatic was the arrest of 30 priests and seminarians singing Christmas carols in Madhya Pradesh state.

“We are losing confidence in our government,” said Cardinal Baselios Cleemis of Trivandrum, president of the Catholic Bishops’ Conference of India (CBCI). He added that “the country is being divided on the basis of religious belief,” which he labeled a threat to the “democratic credential of our country.”

The CBCI secretary general, Auxiliary Bishop Theodore Mascarenhas, called on Prime Minister Modi “to intervene to stop hatred” in the BJP-controlled state of Jharkhand. He told reporters that the state’s chief minister “is openly sowing seeds of hatred and destroying the social harmony,” citing the burning in effigy of Cardinal Telesphore Toppo, the archbishop of Ranchi and leader of the Church in Jharkand.

Cardinal Toppo, India’s first cardinal from a tribal background, is now a target because of his outspoken criticism of state legislation that, he contends, curbs religious freedom. Bishop Joseph D’Souza of the Good Shepherd Church of India is president of the All India Christian Council, a Protestant organization. D’Souza has called the legislation “a cleverly disguised anti-conversion law.” It purports to guard against “forced conversions of Hindus,” a charge rejected by Christian leaders across the board.

According to Hindutva, the ideology of Indian nationalists determined to make their nation exclusively Hindu, holds that every Indian is in some sense a Hindu even if he is Muslim or Christian. Hindutva is the driving force behind campaigns by the RSS and the Hindu World Council to aggressively reconvert the country’s Christians and Muslims. On Christmas Day 2014, close to 4,000 Christians and 1,000 Muslims were “reconverted.” The RSS has set its sights in particular on India’s northeastern states and its largely tribal populations. That is where the Church is having remarkable success at evangelization.

Meanwhile, India’s 180 million Muslims have been affected by efforts to ban the slaughter of cows, animals sacred to Hinduism nationwide. Some Muslims have already been killed in mob violence, on suspicion of having eaten beef or slaughtered a cow. The BJP is also determined to downplay the “Indian-ness” of the Taj Mahal, the 17-century Islamic architectural marvel. For Hindu nationalists, this jewel of India is a symbol of centuries of Muslim rule in the region. Prime Minister Modi has referred to that period as a time of slavery, similar to the British colonial period. Uttar Pradesh, India’s largest state, no longer features the Taj Mahal in its tourist brochure.

Marking the 70th anniversary of India’s independence in August 2017, Prime Minister Modi proudly listed his nation’s accomplishments, including progress in the fight against corruption. India “will not tolerate violence in the name of faith,” he said. Observers were quick to note that his words were not being backed up by concrete government efforts to curb Hindu extremism.

The time has come for the U.S. and other Western nations to use their ties to India to apply some pressure on the Modi government. India must commit to taking concrete measures to rein in Hindu fanaticism and intolerance. It must guarantee and protect the human rights of all religious minorities, especially India’s Christian and Muslim dalits. This stain on Indian democracy must be removed. 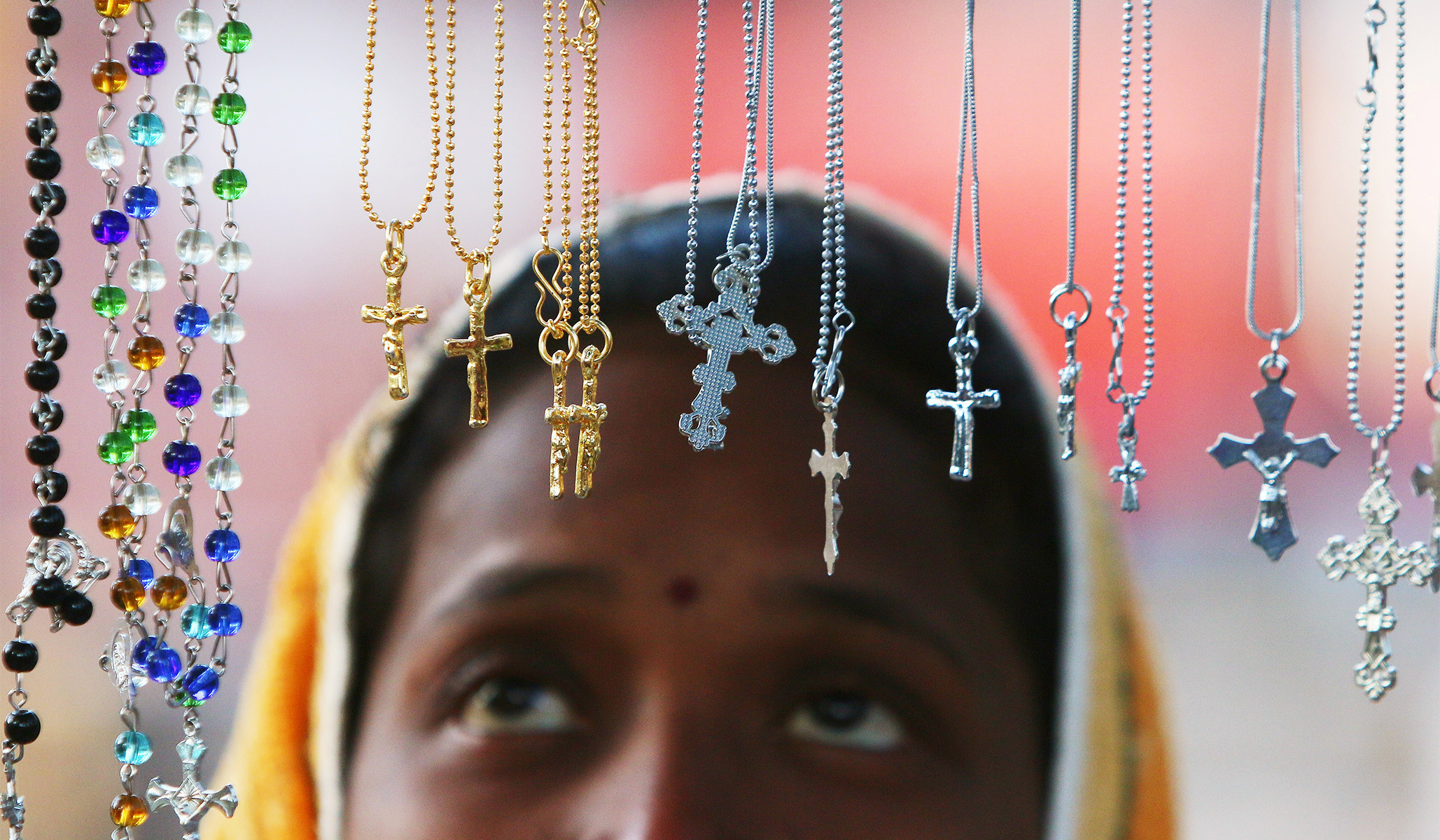