Mainstream journalists are using the student activists of Marjory Stoneman Douglas High School as a mouthpiece for their gun-control message.

In the aftermath of the Parkland massacre, student activists achieved remarkable levels of fame almost instantaneously: Emma González already has nearly 1 million Twitter followers, for instance, and her fellow student David Hogg has more than 300,000. Both have become familiar faces on television.

Like all Americans, the Marjory Stoneman Douglas High School kids have every right to express their ideas. But they aren’t being given so much airtime by the media because they’re policy experts. Hogg revealed in an appearance on MSNBC Monday morning that he didn’t even know how the Broward County sheriff, Scott Israel, got his job. He described Israel as an appointee of Florida governor Rick Scott: “These elected officials,” he said, “are the boss of these sheriff personnel and just like the president is the boss of the FBI, Governor Rick Scott is essentially the boss of Scott Israel, the sheriff, and as such he should be held accountable.”

Factually, Hogg’s argument was just plain wrong: Israel is not an appointee of the governor; he was directly elected by the voters of Broward County. As a matter of logic, it failed too: Shouldn’t accountability fall first on those closest to the scene — such as the cops who were actually present during the shooting — only to attenuate rather than grow stronger as it gets farther up the chain of command? Absolving those in an immediate position to stop the attack while attacking those farthest from the shooting looks like rank partisanship. (Israel is a Democrat who speaks out against the NRA, while Scott is a Republican who has largely agreed with it.)

MSNBC, CNN, and other media outlets didn’t see the pitfall that comes with making public spokesmen out of random citizens who happen to be present at a newsworthy event: Non-professionals may make elementary errors that undermine their authority. There’s a reason ordinary folks, especially children, are not normally invited on TV to discuss complicated legal and political matters. Moreover, as the media learned to their chagrin with their elevation of Cindy Sheehan to national-celebrity status, once given a megaphone, citizens might start to stray off message and embarrass their boosters. Hogg on Saturday called for a spring-break boycott of Florida, which doesn’t sound like an idea he thought through.

The reason television has made stars out of Hogg and González is obvious: They are telegenic, sympathetic vehicles for a message media personalities wish they could get away with openly espousing themselves. (“I get so angry talking to these gun nuts,” Piers Morgan said in a revealing moment on British morning television today.) Just as an op-ed editor at a newspaper can showcase his opinions without his name ever appearing in print by his selection of which articles to publish, the TV media keep giving airtime to students like Hogg because they’re saying all of the things the media’s nominally neutral hosts believe but don’t otherwise feel comfortable saying. Katy Tur, George Stephanopoulos, and Wolf Blitzer can’t passionately lecture the audience about why they think gun policy is crazy in this country, so they put the students on camera to say it. They’re simply laundering their opinions through these kids.

As they deploy these students to advance their own interests, the media are overestimating their own importance — and their own attention span.

You may find something dismaying about grieving students being exploited for the purpose of advancing a media crusade. Or you might call the Parkland students inheritors of a grand tradition of Americans who use their personal experience to push for social change. But as they deploy these students to advance their own interests, the media are overestimating their own importance — and their own attention span. They are convincing themselves that their relentless effort to push American opinion to the left on guns is succeeding, but all that the polls are really measuring right now is the amount of media interest in the gun issue. Previous polling suggests that any surge in support for more gun control will be short-lived. Enthusiasm for more gun laws spiked in the days after the Sandy Hook massacre in 2012, but within two years support for gun rights reached an all-time high: “As the media has lost interest in gun issues, public opinion has reverted to its previous trend,” which was gradually increasing support for gun rights, reported FiveThirtyEight.com.

I should clarify my position on the gun debate: I don’t care. Ban assault weapons? I don’t care. Ban large-capacity magazines? I don’t care. Raise the minimum age for purchasing firearms to 21, or even 25? I don’t care. Would any of these policy changes make a difference, though? I doubt it. Even if all semi-automatic long guns were to be banned, I think mass shooters would simply switch to pistols. You can kill a lot of people with one pistol and a satchel full of ten-round magazines. And pistols are much easier to conceal than long guns.

My guess is that gun-control advocates such as the ones who run virtually every mainstream news organization would grudgingly agree that policy-tinkering such as the kind proposed by Senator Dianne Feinstein (no more sales of rifles with pistol grips, folding stocks, etc., but also no effort to take out of circulation the millions of such weapons already on the streets) wouldn’t make America a safer place. So why do they work themselves into such a febrile state about the minutiae of what will constitute a legal rifle going forward? Why are they suddenly so eager to punish Amazon and Roku for hosting the streaming channel NRATV, which nobody had heard of until the New York Times discovered it in a whip-up-some-hysteria piece on February 21? The Times offered no evidence that the NRA’s channel, one of some 1,800 available on Roku, has much of a viewership.

Policy proposals aren’t the real aim of the anti-gun crowd. What they’re thinking is: We must strike a blow against gun culture. We must punish gun owners in general by doing something that annoys them. This is the Democratic obverse of Trumpian bully culture: It’s public policy reduced to public shaming. It’s insult theater. The politics of id. Is America really going to be made safer by shaming the First National Bank of Omaha into no longer issuing an NRA-branded Visa card? How is forcing through an increase of from 2 to 10 percent on the price NRA members pay for a United or Delta flight to the group’s annual convention supposed to decrease gun deaths?

These petty slights are all meant to redefine the NRA as outside the mainstream, activists say on Twitter. It seems more likely that NRA members, and gun owners in general, are going to perceive a concerted attack on gun culture and vote accordingly. Progressives don’t have a plan for stopping mass shootings. So they’re falling back on venting at gun owners, and they’re using the children of Parkland to do it. 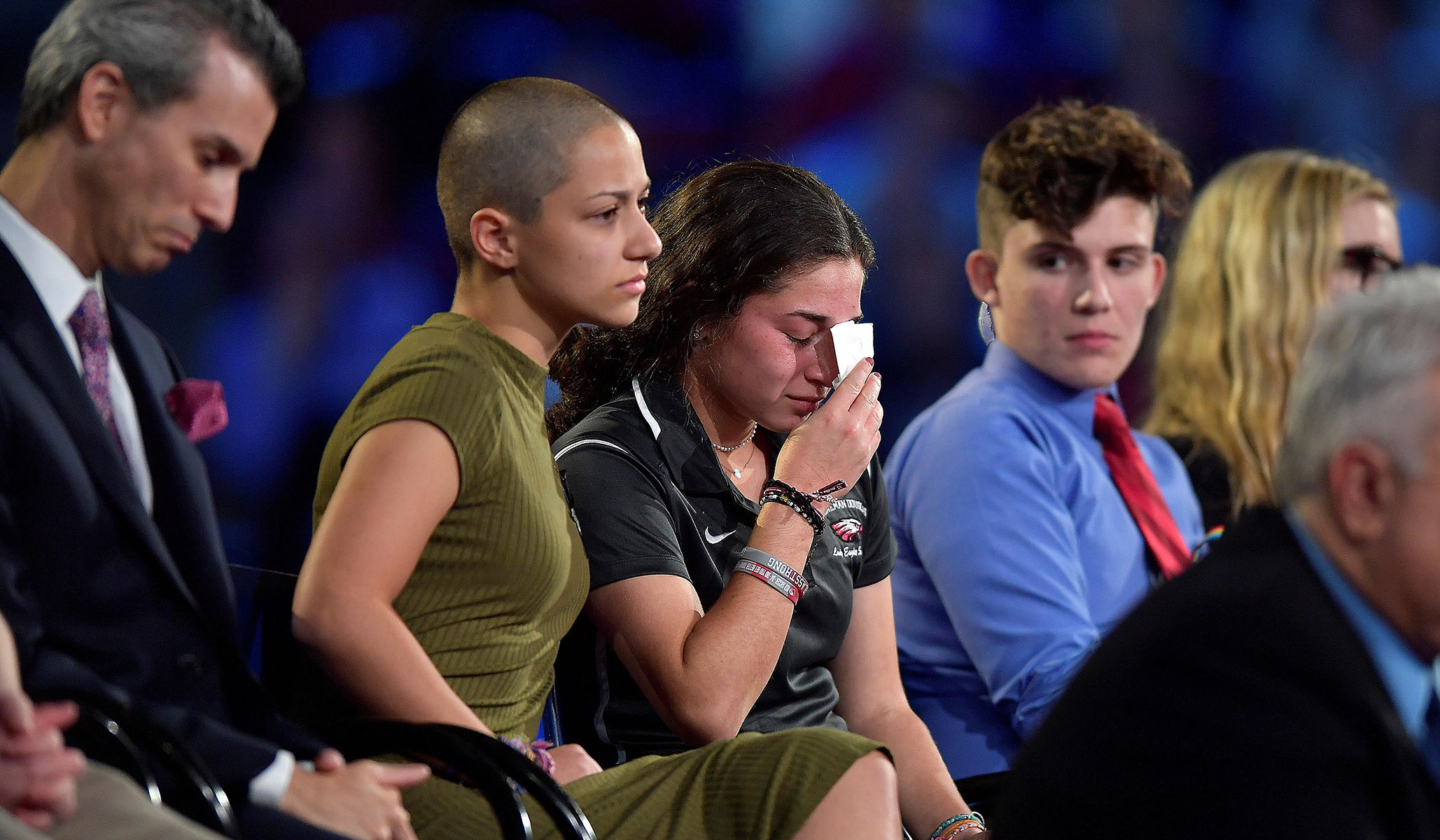