Yes, Chick-fil-A’s CEO is a Christian. So what?

The New Yorker published an essay by Dan Piepenbring condemning Chick-fil-A’s existing in New York City — claiming that its “Christian traditionalism” makes the presence of the chain feel like a “creepy infiltration.”

Chick-fil-A’s “headquarters, in Atlanta, is adorned with Bible verses and a statue of Jesus washing a disciple’s feet,” Piepenbring continues. “Its stores close on Sundays.”

Piepenbring also explains that Chick-fil-A’s CEO, Dan Cathy, is opposed to gay marriage and that in the past he has donated to groups that oppose gay marriage.

Personally, I’m not religious. So . . . do I feel like this Christian-owned chicken chain is infiltrating my city? Do I associate the smell of its fried food with bigotry and hate?

Nope. I associate it with chicken. Piepenbring may attest that Chick-fil-A’s locations in New York City feel like an “infiltration,” but to me, it just feels like I can get a delicious sandwich only one block from my office. I can have that sweet chicken biscuit in the morning and that delectable lunch sandwich, with extra pickles, in the afternoon.

Let me be clear: I say all of this as someone who supports gay rights. To say that I disagree strongly with the view that homosexuality is immoral would be an understatement. I absolutely do believe that gay people should be able to get married; I don’t think that the government should have the power to tell any consenting adults that they can’t get married. I also sometimes like to eat some chicken.

For what it’s worth, Cathy has also made it clear that he respects people regardless of their sexual orientation. According to a statement on Chick-fil-A’s official Facebook page:

“The Chick-fil-A culture and service tradition in our restaurants is to treat every person with honor, dignity and respect — regardless of their belief, race, creed, sexual orientation or gender.”

Yes — Cathy is a Christian. So what? So are millions and millions of other Americans. I may not be one of them; however, just as I expect other people to respect my beliefs and not discount my humanity because of those beliefs, I also feel that other people deserve that same respect.

The fact that there’s a restaurant chain in my city that’s owned by someone who feels differently than I do is just not that big of a deal.

What’s more, the legality of gay marriage has already been decided by the courts. Although Cathy may have donated to organizations that lobbied against its legalization in the past, the fact is that it now is legal, and that isn’t going to change. If my eating sandwiches from one of Cathy’s restaurants was actually going to somehow contribute to gay marriage becoming illegal, then I wouldn’t eat them, but that isn’t the case — so why shouldn’t I?

The truth is, the fact that there’s a restaurant chain in my city that’s owned by someone who feels differently than I do is just not that big of a deal. After all, as a small-l libertarian, if I allowed myself to eat food only from establishments where the owners agreed with all of my beliefs, then I’d probably starve. 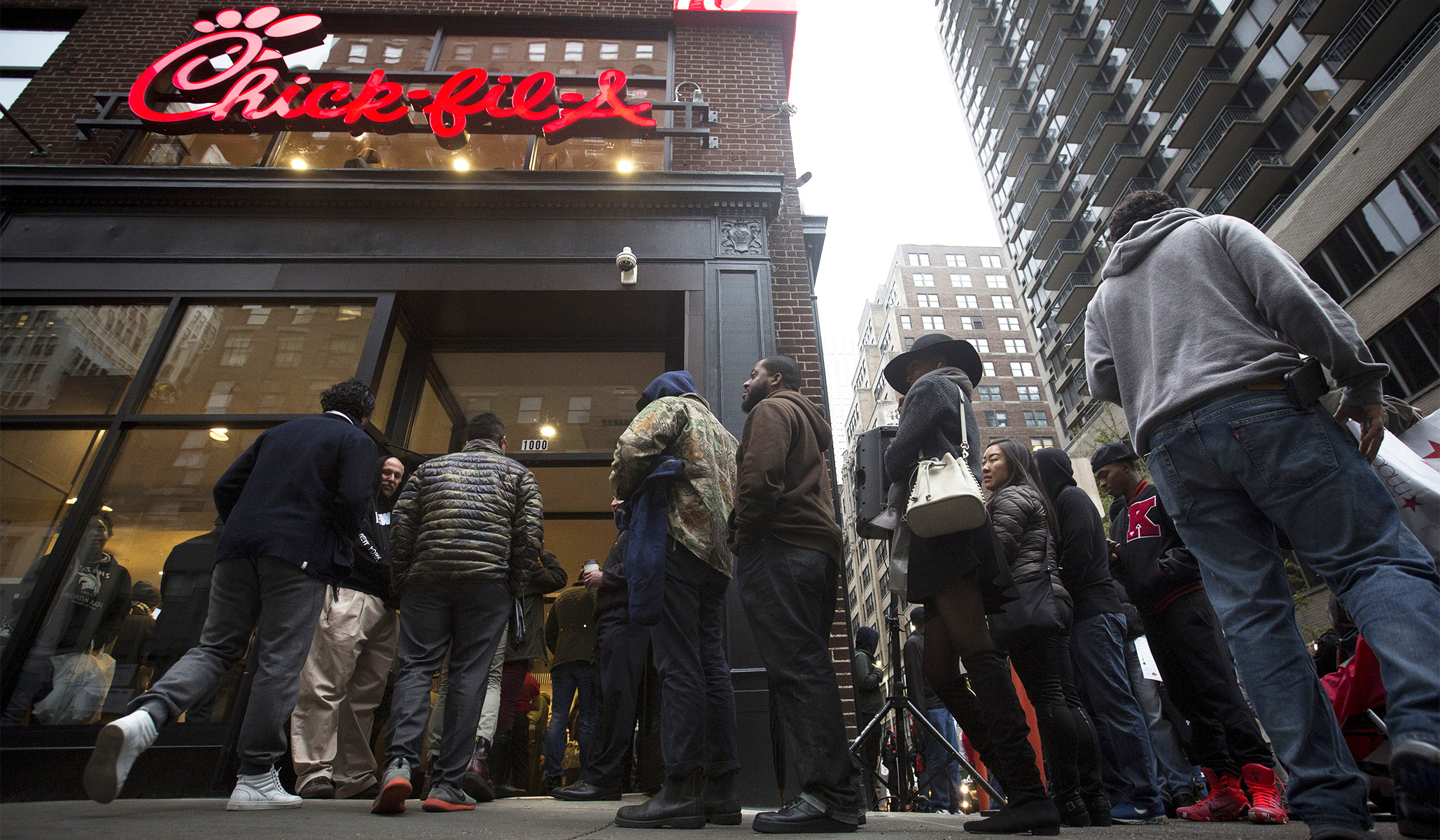