Of all the acts of #resistance to the Trump administration, few have been as brazen and dangerous as a series of lawless and transparently frivolous federal judicial rulings designed to thwart Trump-administration policies. Today the Supreme Court heard oral arguments on Hawaii’s challenge to Trump’s travel ban — a court case in which a federal judge granted standing to a state to file suit on behalf of tens of millions of citizens of foreign countries, and that featured unprecedented parsing of campaign statements to divine the “true” intent of a presidential executive order.

But the travel-ban decisions — as egregious as they are — represent models of judicial restraint compared with the unfolding judicial defiance of the Trump administration’s decision to rescind Deferred Action for Childhood Arrivals (DACA).

To understand the gravity of the situation, a bit of background is necessary. A president’s authority over immigration law is limited and defined by the Constitution and by statutory law. At no point may he take action that contradicts the Constitution or statutes, and if he intends to enact new policies that are consistent with his statutory and constitutional power, he generally must do so through a regulatory rulemaking process mandated and defined by the Administrative Procedure Act (APA) — a process that requires giving the public notice of a new proposed regulation and an opportunity to comment on its merit and legality.

When President Obama announced DACA in 2012, he skipped this step. Rather than securing statutory protection for so-called “Dreamers” when his party held a lock on power, and rather than even attempting a regulatory rulemaking process, the Obama administration granted Dreamers sweeping protections from immigration enforcement and did so by memo.

The administration justified this extraordinary new program by calling it a mere exercise of “prosecutorial discretion” and thus exempt from APA rulemaking requirements.

This argument was specious on its face, and when the Obama administration attempted to dramatically expand DACA through Deferred Action for Parents of Americans and Lawful Permanent Residents (DAPA), the courts called its bluff. The Fifth Circuit Court of Appeals held that the Obama DAPA memorandum violated the APA and justified its decision in part by pointing to DACA, noting that the program was anything but a mere act of “prosecutorial discretion.” Instead, the Obama administration had created a whole new program that contradicted multiple acts of Congress. An evenly divided Supreme Court affirmed the Fifth Circuit’s decision, and DAPA has since passed into history.

What one administration lawlessly creates by memorandum, another administration can lawfully take away — or at least that was the case before the judicial #resistance. On September 5, 2017, the Trump administration issued a memorandum formally rescinding the Obama administration’s 2012 DACA memo, citing as justification the constitutional and statutory concerns raised during the DAPA litigation.

Numerous individuals and entities promptly sued, and federal judges in Brooklyn and San Francisco have issued orders blocking DACA rescission. Then, yesterday, U.S. District Judge John Bates issued an order that not only blocked rescission, but required the Trump administration to process new DACA applications unless it can explain — to the court’s satisfaction — that the original DACA memorandum was unlawful.

Yet Judge Bates held that rescinding a memorandum that was issued outside the bounds of the APA violated the APA. To issue that ruling, he had to do three things: (1) hold that he had the ability to review a change in prosecutorial discretion; (2) apply the APA only to the Trump change in discretion; and (3) hold that the Trump administration’s constitutional concerns — based in part on Supreme Court authority — did not sufficiently articulate a “rational basis” for the Trump memoranda.

Judges are not presidents. They are not legislators. And they are certainly not activists.

This is judicial supremacy at its worst. It usurps executive authority, and it perverts the very concept of rational-basis review into a freewheeling grant of judicial authority to evaluate presidential actions according to arbitrary and utterly subjective standards.

Taken collectively, court rulings on DACA look less like judicial interpretations and more like political holding actions. Each of the judges know full-well that their orders will take months (if not years) to fully review. Their nationwide injunctions represent a delaying tactic. Vex the administration just enough, and they may actually run out the clock — until a new Congress (or perhaps a new president) arrives to save the day.

Proper judicial review is vital to a healthy constitutional order. Judicial supremacy, by contrast, threatens the rule of law. It’s a form of unconstitutional authoritarianism. It’s one thing for the #resistance to take to the streets. It’s another thing entirely for it to leak into America’s courtrooms. Judges are not presidents. They are not legislators. And they are certainly not activists. They would do well to remember those facts before they do further damage to the American republic. 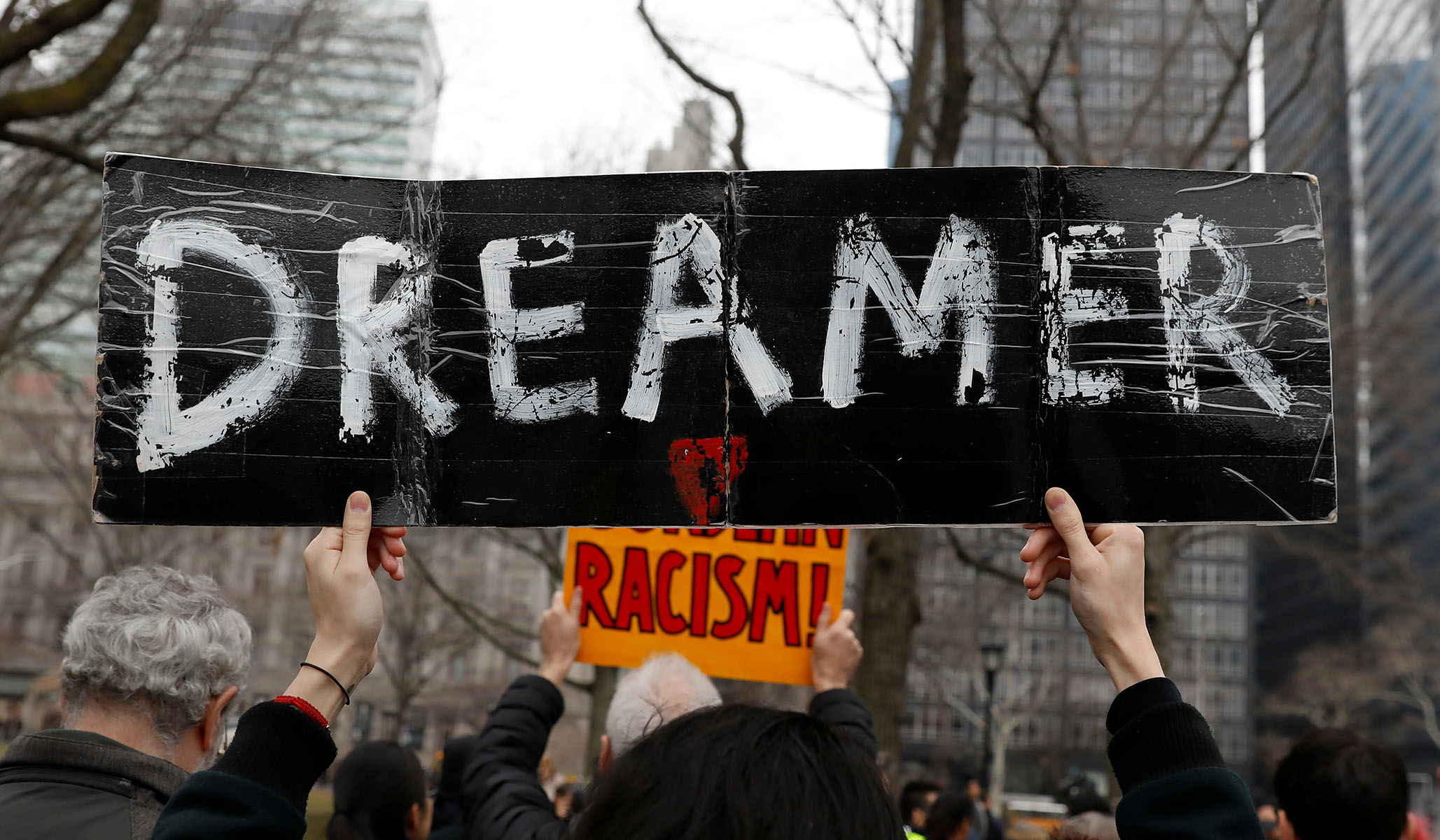