Whenever the president embraces one of Obama’s ideas, he gets treated like the reincarnation of George Wallace.

President Donald J. Trump announced Tuesday that he will deploy U.S. troops to reinforce America’s “border” with Mexico. Democrats were not amused.

“We don’t need to turn our border communities into militarized zones,” U.S. Representative Joaquin Castro of Texas said. His colleague Ruben Gallego of Arizona declared that the armed forces should not “stand guard against dangers that exist only in President Trump’s fevered imagination.”

That fever also must have struck Trump’s predecessor.

“President Obama will deploy 1,200 National Guard troops and request an extra $500 million to secure the Mexican border,” the Washington Post reported on May 26, 2010. “The initiative echoes 2006’s Operation Jump Start, in which President George W. Bush devoted 6,000 guardsmen to a two-year commitment in support of the Border Patrol.”

On immigration and other issues, the Left slams Trump’s proposals as if they were cooked up at a cross burning. Then, after spending about two minutes on Google, a brave activist or fearless journalist reveals that the same policy was backed by Obama, G. W. Bush, or either Clinton. This pattern has become laughably predictable.

• The Census Bureau announced last month that the 2020 census will ask if respondents are American citizens. The horror!

“The prospect of someone saying, ‘I’m from the Trump administration,’ and asking for citizenship status will invoke fear,” said Attorney General Eric Schneiderman (D., N.Y.) as his state and 16 others sued the Trump administration to delete this question from the next census. “We argue with substantial evidence this is done to punish places like New York, where we welcome immigrants.”

Democrats claim that merely asking immigrants if they are citizens, even legal ones, will make them dodge census-takers, avoid being counted, and thus limit their numbers within each state’s total population. Incomplete tallies, Democrats argue, could curb some states’ strength in the U.S. House and the Electoral College.

The unfathomably wicked Trump surely concocted this Census question to steer immigrants into the shadows. Or perhaps Trump simply stole this idea from Bill Clinton.

The 2000 Census “long form” questionnaire stated: “This is the official form for all the people at this address. It is quick and easy, and your answers are protected by law. Complete the Census and help your community get what it needs — today and in the future!”

If Team Trump is guilty of any “ism,” it’s not racism. It’s plagiarism.

This vast right-wing conspiracy continued under Obama. Between 2010 and 2017, all eight of Obama’s annual American Community Surveys “ask three questions that cover information on place of birth, citizenship, and year of entry to better understand the composition of our nation’s changing population,” the ACS website explains. The ACS is not used for enumeration. Nonetheless, “We compile the results from these questions to provide communities with important statistics to help ensure equal opportunity, educate children, and understand change.”

Question eight, on page eight, inquired: “Is this person a citizen of the United States,” and offered the same options as did the 2000 Census. 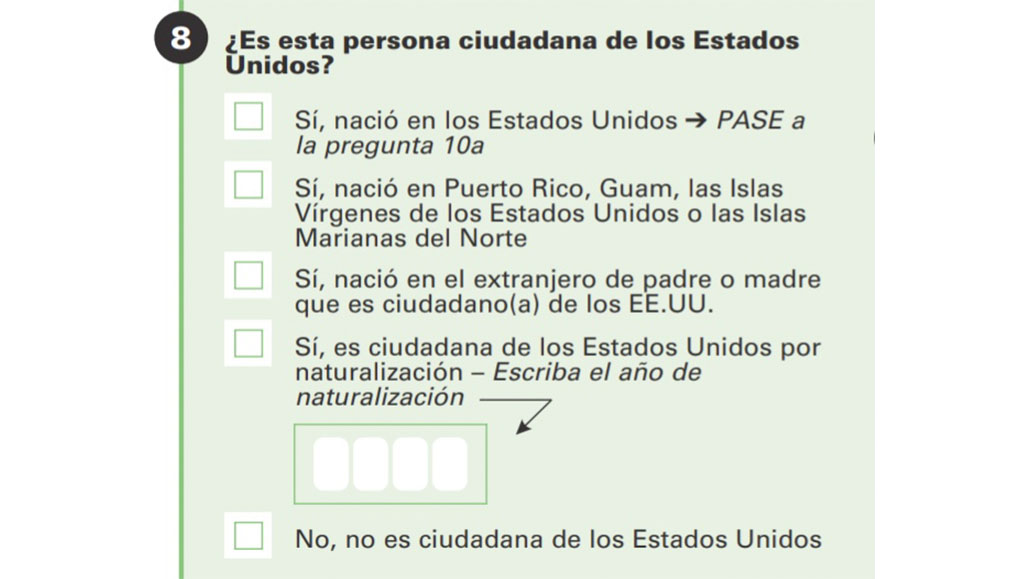 This fact demolishes the notion that asking about citizenship within earshot of immigrants sends them fleeing into the nearest attic. (By the way, what an insult to legal immigrants.) If this were true, the supremely sensitive, non-racist, and pro-immigrant Obama administration surely would not have asked such an impertinent query.

Liberals have slammed the Trump administration for citing its voting-rights obligations among its reasons for asking about citizenship. Guess what? The ACS website states that “these data are used to support the enforcement responsibilities under the Voting Rights Act to investigate differences in voter participation rates . . .”

If Team Trump is guilty of any “ism,” it’s not racism. It’s plagiarism.

• In an effort to finance his “impenetrable, physical, tall, powerful, beautiful, southern border wall,” Trump offered to schedule citizenship for 1.8 million illegal aliens, including those in DACA status and those eligible but outside the program.

Obama’s DACA plan — supposedly the Platonic form of humanitarianism — was a rip-off compared with Trump’s offer. Obama’s DACA covered roughly 800,000 people, just 44 percent of those whom Trump proposed to protect.

Obama’s DACA never promised citizenship to those who were brought into America by illegal-alien parents, often as small children. In fact, it did not even automatically legalize them. It simply deferred their deportation if they registered and, generally, behaved properly. (Some 40,000 DACA recipients earned green cards.)

Here, again, Trump embraced one of Obama’s ideas, made it more generous, and then got treated like the reincarnation of George Wallace.

• As for Trump’s promised barrier with Mexico, the ACLU’s Omar Jadwat is not a fan. As he put it: “President Trump’s fantasy of sealing the border with a wall is driven by racial and ethnic bias that disgraces America’s proud tradition of protecting vulnerable migrants.”

Jadwat should say that to Obama, Hillary Clinton, and Senate Democrat leader Chuck Schumer of New York. As senators, these three liberals supported the Secure Fence Act of 2006, as did 23 other Democrats. The bill would provide “better security along our borders,” Obama said on the Senate floor, and “help stem some of the tide of illegal immigration in this country.” The Senate adopted this measure, 80 to 19. President G. W. Bush signed it into law that October.

Whatever the issue, if Democrats ever favored it, the second that President Trump embraces it, that policy’s Democratic pedigree vanishes.

While it erected no wall, this legislation “authorized building a fence along about 700 miles of the border between the United States and Mexico,” according to PolitiFact. This included “at least two layers of reinforced fencing along some stretches of the border.”


If Democrats in 2006 favored open borders, unfettered immigration, and opposed even a border fence, their current wailing about the wall would be consistent. But Democrats’ support for a border fence, but no wall, is a difference of degree, not kind. Put another way, this is largely a frontier flip-flop.

It’s one thing to occupy a house without a back door and welcome anyone who waltzes in.

But if Democrats want a wooden door with one spring lock, and Republicans prefer a steel door with three deadbolts, Dems cannot call GOPers cruel, knuckle-dragging bigots without conceding that they are, too — only maybe not as much.

Whatever the issue, if Democrats ever favored it, the second that President Trump embraces it, that policy’s Democratic pedigree vanishes. Instantly, it becomes the work of Satan.

A young assistant prosecutor was ‘trying to do the best she could under tough circumstances, and she made a mistake,’ the DA said.
Zachary Evans

One school said it would separate students into racial categories as part of a social justice exercise.
Zachary Evans

Ramesh Ponnuru
We are relying on Collins’s description of the conversation, but it’s notable that she has never said, ‘Kavanaugh promised me that he would not vote to overrule Roe.’
View More
Loading...