About 80 percent of the farm bill’s spending is on the Supplemental Nutrition Assistance Program, commonly known as food stamps. The rest is mostly pork for agricultural interests.

Rumor has it that President Trump may threaten to veto the bill if it doesn’t include reforms to SNAP’s work requirements. He declined to do so at a meeting today with key members of Congress, but he shouldn’t hesitate to take this step if it’s needed to move the process along. Fixing food stamps is about the only good thing that could come from a farm bill — our most storied ritual handout of taxpayer dollars to government-preferred businesses — and the Senate likely won’t go along without this kind of pressure.

It’s obvious enough that SNAP needs reform. The rolls soared even while the economy was booming before the Great Recession, rose still more during the period of turmoil that followed, and have declined only slightly during the recent recovery. Several million enrollees are jobless, able-bodied adults who should be expected to work. The current work requirements are difficult to enforce, and mainly just function as a three-month time limit applying to adults under 50 with no dependents. Many geographic areas, covering about 30 percent of the U.S. population, are exempt.

In its draft of the bill, the House Agriculture Committee has proposed a deep reform. Those who are between the ages of 18 and 59, and have no children under six, are expected to join a job-training program — access to which is guaranteed — if they cannot find work. The geographic waivers, as well as other loopholes states have exploited to expand food-stamp eligibility, are reined in.

The proposal is not perfect. There are serious questions about whether job-training programs can be expanded as quickly as the committee envisions, whether they will be effective, whether it’s fair to demand 20 or 25 hours a week of training for $200 a month or so in food stamps, and whether the reforms to geographic waivers are sufficient.

This is why we have the legislative process we have. The full House and the Senate should work to address these issues. But the Senate seems uninterested in strengthening work requirements at all, for an admittedly understandable reason: The bill will need 60 votes, meaning nine Democrats will have to support it to secure passage.

Without a veto threat, the Senate will be tempted to hold firm in its refusal to consider reforms, believing — quite plausibly — that enough House Republicans will buckle eventually and pass the Senate’s bill. With a veto threat looming, by contrast, senators will know that grudging assent from the House isn’t enough. Absent the two-thirds vote in both chambers that would be required to override a veto, they’d need to earn the president’s approval as well.

This is not the debate we wish we were having. Procedurally, we’d prefer to separate food stamps from the rest of the farm bill so that the two can be debated and reformed individually — without the threat that a legislator’s vote on one program will harm his interests in the other. In terms of policy, we’d prefer agricultural subsidies didn’t exist at all.

But of the options genuinely on the table, a serious push for work requirements in SNAP is easily the most promising. A veto threat from the president would greatly advance this cause. 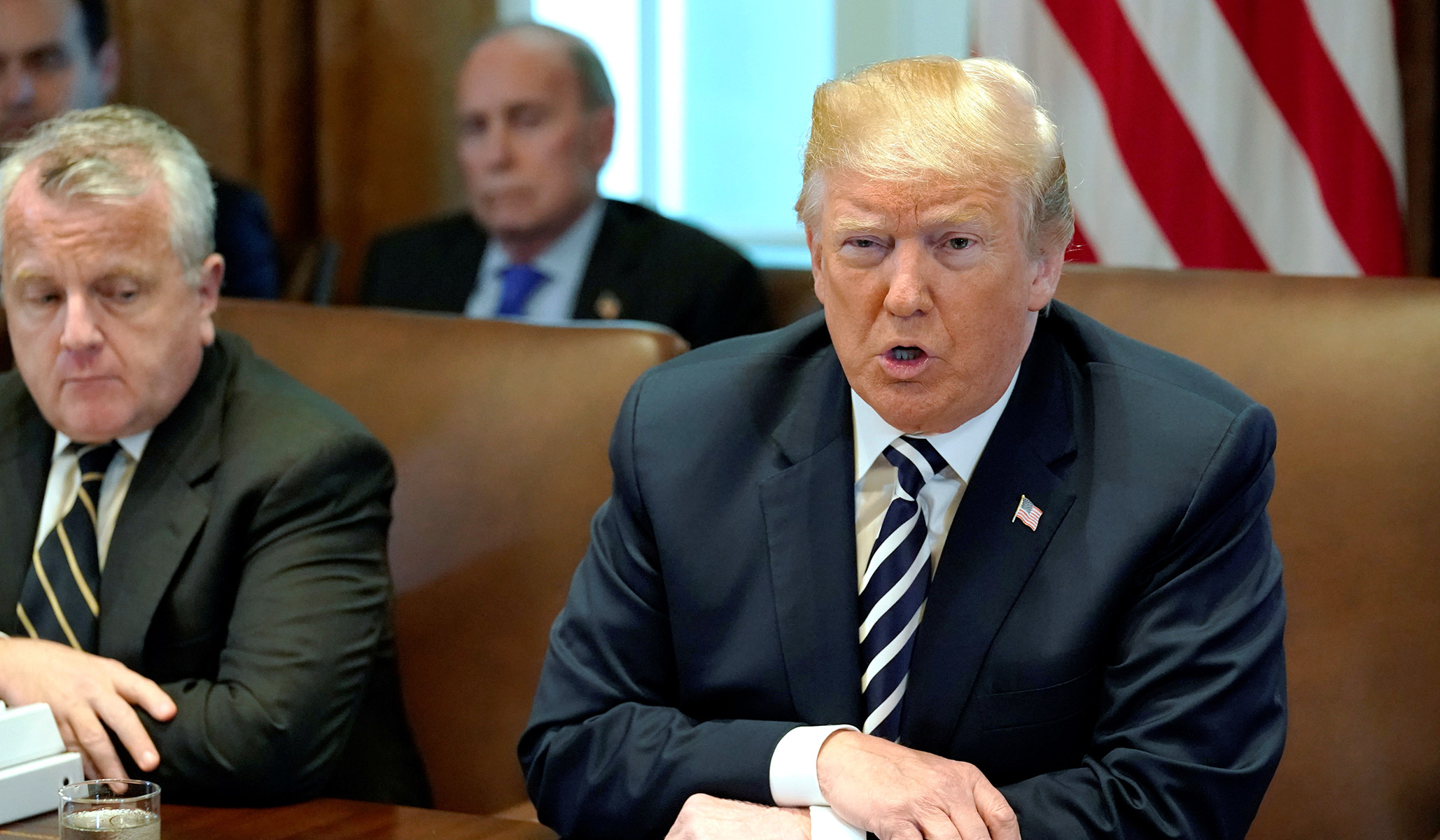