The Originalist is an engrossing and surprisingly even-handed portrait of the late conservative titan in his element.

Hundreds of times I’ve been handed a program while walking into a play in New York City. Walking into an off-Broadway production the other night, I experienced a theater first: An usher handed me a copy of the U.S. Constitution.

I suspected I’d come to the right place, and so I had: The play, The Originalist, which will run at 59E59 Theaters through August 19, is a smart, challenging, heterodox, and delightful look at Antonin Scalia.

Cat makes for a crafty foil for Scalia as the two tussle over Roe v. Wade, the Second Amendment, and the meaning of the equal-protection clause in an even-handed way that is bound to provide New Yorkers with viewpoints they seldom hear or consider.

The departed Supreme Court justice, as commandingly portrayed by Edward Gero, is a force of nature, by turns funny, exasperating, and exuberant. Befitting its placement in the left-wing milieu of New York’s theater scene, the piece is shrewdly constructed by playwright John Strand to give considerable airtime and a sympathetic hearing to the progressive viewpoint, personified by an ardently liberal Harvard Law School graduate, Cat (Tracy Ifeachor), whom Scalia takes on as what he calls a “counterclerk” specifically for the joy of engaging with and demolishing her arguments. Cat thinks of him as a “monster.” Scalia delights in being what he calls the Left’s “bogeyperson.” The two disagree fundamentally about almost everything. Yet they nevertheless become friends during the eventful 2012–13 Supreme Court term, which culminated in United States v. Windsor, the case that invalidated the Defense of Marriage Act and set the stage for the High Court’s discovery two years later of a constitutional right to gay marriage.

Scalia’s law clerks work under a code of “omertà,” as the justice calls it in the play, meaning nothing they say or hear in chambers can be repeated outside of them. So Cat is necessarily a fictional creation. Could these conversations, or ones very much like them, nevertheless have taken place? Sure. The real-life Justice Scalia was famous for his counterclerks, and one imagines he had as much fun vivisecting their arguments as Gero’s Scalia does here. That Cat is black, and gay, charges their dispute with extra emotional voltage: Each accuses the other of acting out of gut instinct informed by their backgrounds and identities rather than out of considered legal reasoning.

Cat makes for a crafty foil for Scalia as the two tussle over Roe v. Wade, the Second Amendment, and the meaning of the equal-protection clause in an even-handed way that is bound to provide New Yorkers with viewpoints they seldom hear or consider. Gero’s Nino is, like the man himself, a figure of titanic intellect and overflowing charisma, and his young protégé, somewhat thinly portrayed by Ifeachor, provides a welcoming entry point for a theater audience certain to be averse, if not downright allergic, to an originalist approach to the Constitution. Yet Strand, who writes about constitutional issues in a brisk, punchy way that is neither patronizing to non-specialists nor dull to experts, sums up Scalia’s views elegantly. Beginning the play with a paean to his beloved Verdi, Scalia says, “The notes are the notes. They are exactly what the composer composed, now and a hundred years from now. That is precisely how I view the Constitution.” A living document? No, “It is dead. It is not contemporary. Thank God for that!”

Throughout the play, Cat is attuned to both the formidable nature of Scalia’s arguments and his essential kindness. She lost her mother at a young age and her father, a professor, is in a coma. Scalia may be domineering, dismissive, and sarcastic, but he’s also paternal, warm, and fundamentally decent. He is, in short, not at all what she expected from a distance: When first we encounter her, she is heckling him from the audience at one of his speaking engagements. After he hires her, her friends think she should slip arsenic into his coffee. Instead, she becomes fascinated with him, and though her principles are unshakeable, she is to an extent seduced by his worldview. After he takes her to a rifle range and shows her how to fire an Armalite AR-10, his love of blasting holes in targets, whether with bullets or rhetoric, proves infectious. When her clerkship ends, it’s hard to picture her returning unchanged to her fellow progressives, just as it’s hard to picture even ardent left-wingers walking out of this production without having gained respect and appreciation for Scalia. So robust are his defenses of originalism that this play should be labeled a potential gateway drug to constitutional conservatism for liberals. Being utterly, confoundingly contrary to prevailing fashion makes Gero’s Scalia irresistible: “That is the secret of my charm,” he says. “I tell people what they don’t want to hear.”

The interplay between the two of them builds to a thrillingly charged climax with the Windsor ruling, to which Scalia delivered one of his ten-megaton dissents but also included somewhat uncharacteristically soft language about those who saw things from the other side. Strand would have us believe that, as he neared the end of his immensely consequential life, someone like Cat managed to nudge him ever so slightly toward sympathy for gay people. Maybe so. But in the process Cat discovers that monsters are mirrors: Our reflected selves are actually what scare us.

As of 2013, Scalia stands as perhaps the most obstreperously divisive figure in a bitterly divided country. Cat has been put through Scalia’s wringer, but she is also energized by the experience, and honored by his evident respect for her as a trusted colleague. If these two can reach each other, surely there is cause for hope in a land as polarized as ours. As Cat puts it, “At least it can’t get any worse, right? 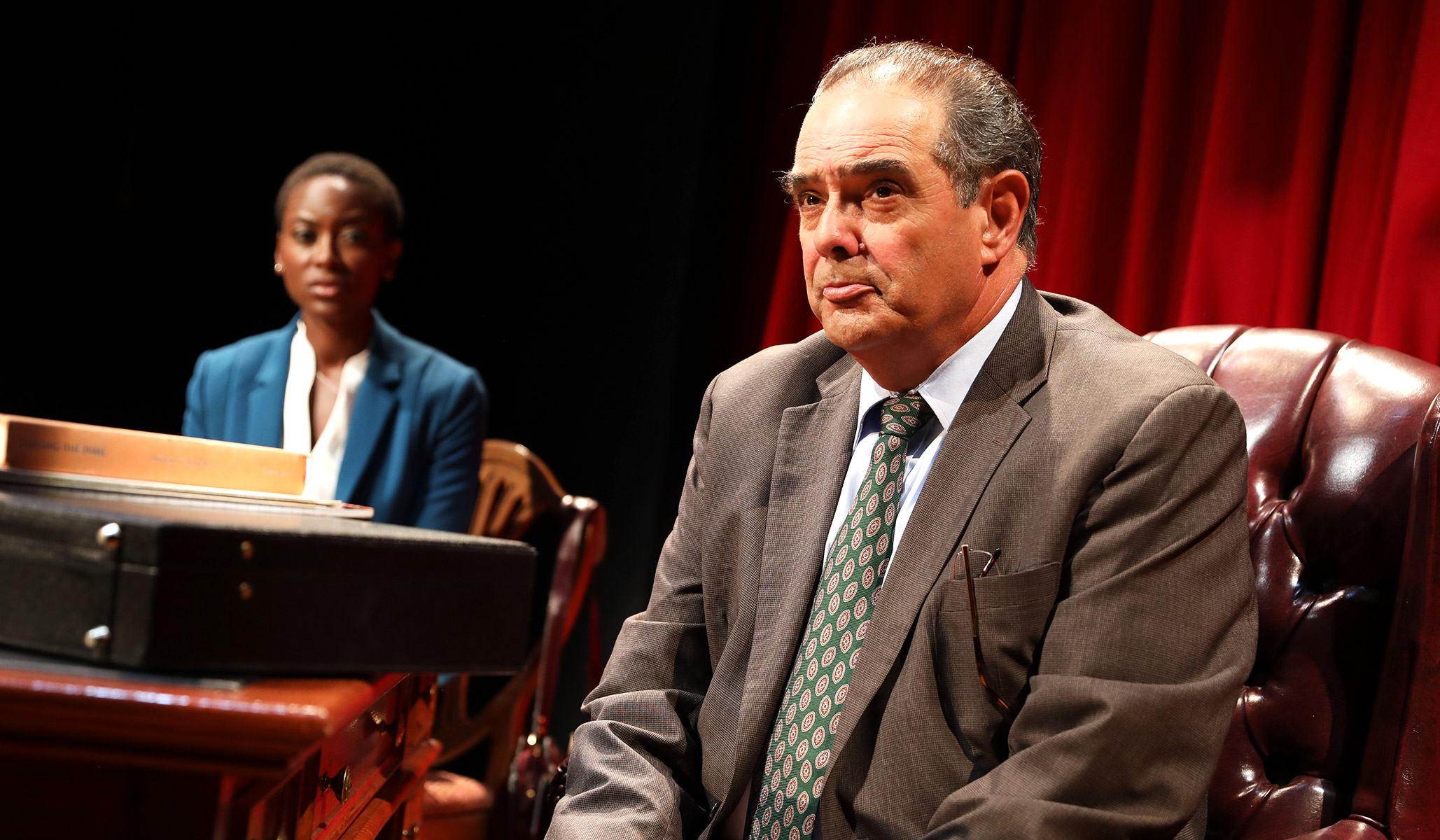