These are salacious claims launched without verification and wielded by those with no interest in the truth.

It’s been nearly a year since Ronan Farrow torpedoed the career of Harvey Weinstein, printing in The New Yorker a series of credible accusations that the Hollywood producer had sexually abused several women. His piece touched off a firestorm that led to purges of incredibly powerful men in a variety of industries, finally forcing them to face consequences for their sexual misconduct.

Sunday night, though, Farrow and his colleague Jane Mayer did a huge disservice to the Me Too movement by publishing an incredibly thin sexual-abuse allegation against Brett Kavanaugh. That story, a prime example of how some media outlets and left-wing voices have mishandled the accusations against the judge, will likely create a climate in which fewer victims are believed, more innocent men suffer for crimes they didn’t commit, and neutral observers are more inclined to doubt claims of sexual assault.

The political circus overwhelming the Kavanaugh confirmation will almost certainly weaken the Me Too movement in the long run by undermining its promise that the truth matters and that it will enable us to obtain justice.

The slapdash nature of Sunday’s reporting by Farrow and Mayer encourages readers to cast doubt on this newest accusation. They write of Kavanaugh’s accuser, Deborah Ramirez: “In her initial conversations with The New Yorker, she was reluctant to characterize Kavanaugh’s role in the alleged incident with certainty,” saying she was only willing to go on the record “after six days of carefully assessing her memories and consulting with her attorney,” at which point “she felt confident enough of her recollections.” Their effort to publish this story should’ve stopped right there.

What’s more, they couldn’t find a single eyewitness to confirm that Kavanaugh was present at the party Ramirez describes, or even to confirm they heard this account from the accuser herself. One friend of Ramirez’s told The New Yorker: “This is a woman I was best friends with. We shared intimate details of our lives. And I was never told this story by her, or by anyone else. It never came up. I didn’t see it; I never heard of it happening.”

The only corroboration Farrow and Mayer offer is one hearsay account from someone who says he was told that Kavanaugh did this. We are given no indication from whom this man heard it; for all we know, it could’ve been a tale passed along in a lengthy game of telephone. The New York Times noted on Sunday that its reporters had been aware of the story as well, but had “interviewed several dozen people” and could find no one with firsthand knowledge of Ramirez’s story.

The incident Ramirez describes may have happened, but surely no one can be blamed for reading the New Yorker piece and concluding that it didn’t. If Farrow and Mayer believed Ramirez’s story, they shouldn’t have published it without substantive corroboration in a piece that encourages neutral viewers to doubt women who claim to be victims.

Attorney Michael Avenatti’s claims of new allegations against Kavanaugh, meanwhile, are almost sure to have a similarly damaging effect. If his salacious stories prove false, his decision to peddle them could singlehandedly destroy the Me Too movement. Even if the claims are true, or partly so, he is quite obviously using allegations of severe sexual abuse as a teaser-trailer for his potential 2020 Democratic presidential run, stirring up the kind of political feeding frenzy in which victims often will be disbelieved.

The way that California senator Dianne Feinstein handled Christine Blasey Ford’s letter accusing Kavanaugh of attempted rape also indicates a lack of seriousness on the left: If Feinstein really believed the story, she did Ford a disservice by holding on to it until the last minute. If she cared about achieving justice for a potential victim, she should’ve encouraged Ford to allow her to address the accusation during the confirmation hearing, and she should’ve shared the letter with the full committee. Ford did ask for confidentiality, but she clearly wanted her story to bear on Kavanaugh’s confirmation in some way. If she was willing to share her story at all, she had to be willing to let the resulting process unfold fairly, which included letting the committee investigate her claim and letting Kavanaugh respond to it — even if her name was never attached to it.

Though we don’t know who leaked Ford’s story to the press, it seems most likely that someone on the left deliberately waited until the last possible moment to let it trickle out, in an eleventh-hour effort to tank Kavanaugh. That choice created an atmosphere in which it’d be much less likely that the public would take Ford seriously, hardly what those who care about victims would want.

Meanwhile, Hawaii senator Mazie Hirono has advanced the extremely dangerous notion that it doesn’t matter whether Kavanaugh committed misconduct or not. Last week, she insisted that “not only do women like Dr. Ford . . . need to be heard, but they need to be believed” and that all men need to “just shut up and step up.” And when CNN’s Jake Tapper asked Hirono Sunday whether Kavanaugh has “the same presumption of innocence as anyone else in America,” the Democratic senator replied, “I put his denial in the context of everything that I know about him in terms of how he approaches his cases.”

With this answer, Hirono — who casts herself as one of our government’s foremost opponents of sexual abuse — dealt a significant blow to the seriousness of the Me Too movement. If it doesn’t actually matter whether alleged abusers actually abused anyone, and it’s just a question of partisanship, why should Americans listen to the stories of victims at all? Just decide whether or not you like the politics of the person being accused, and that’s that.

The idea that we must “believe all women” is similarly reckless, and left-wing activists and abortion-rights groups are pushing it nearly nonstop. Far from being a way to support women, this argument means that the truth of an allegation matters not at all, a terrible development for real victims of assault — not to mention for men falsely accused.

All of this will add up to the average person, who naturally wants justice for survivors, being less inclined to take sexual-abuse allegations seriously, the exact opposite of what the Me Too movement has promised and until now largely delivered. Because these accusations against Kavanaugh have so clearly been weaponized as a partisan tool, it only makes sense that onlookers will dismiss stories presented by biased politicians or shoddy reporting.

When people become numb to outrageous claims launched without verification and wielded by those with no interest in the truth, they will close their eyes to real instances of abuse. This debacle is teaching onlookers to take the stories of victims with a grain of salt. How can the average person be expected to care about seeking justice when so many in the public square seem to care more about advancing an agenda than about discerning who has actually been mistreated or abused?

The Me Too movement has gained immense influence over the last year precisely because it has encouraged us to acknowledge the reality of sexual abuse and follow the truth wherever it leads. Now, the question of whether the accusations against Kavanaugh are true has been subjugated to a political endgame. That promises to destroy the cultural power of the Me Too movement. 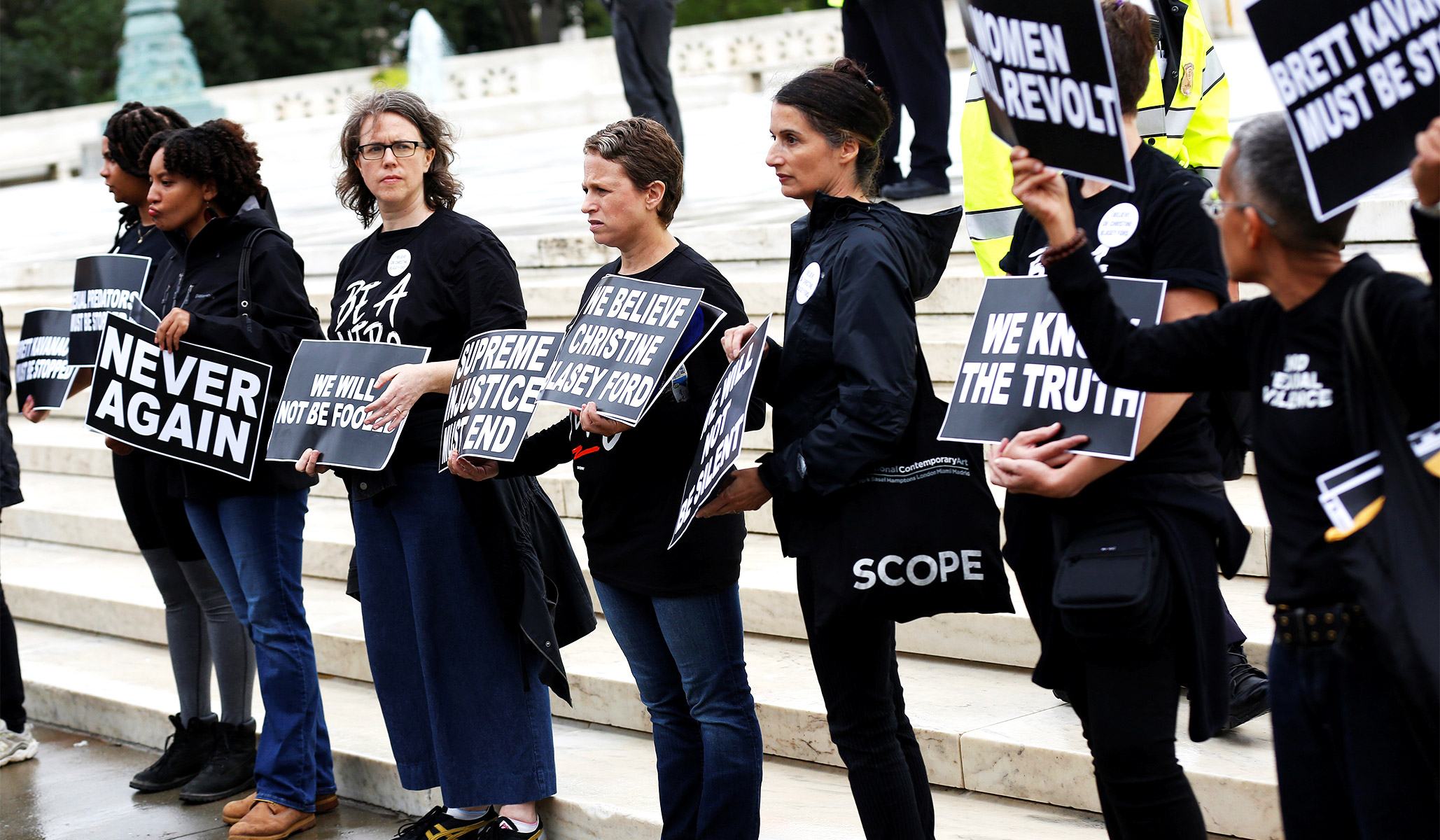