It’s set in modern London, but not to score cheap political points.

Consider London as palimpsest: history written upon history upon history. Everywhere the pulsating new overwrites the somnolent old: The twee little mystery objects nestling in a crusty old power station at the Tate Modern, iPhone-carrying barristers wearing wigs out of the 17th century, the aggressive, glassy thrust of the Shard looming over the stolid brick buildings around Borough Market. In the financial district, the most sophisticated banking algorithms execute complex financial transactions, hard by the Tower of London, where kings once executed traitors.

Crunching past and present together while pruning a three-and-a-half-hour work down to under two hours, Ricard Eyre’s exciting new Amazon Prime movie King Lear reshapes Shakespeare’s text into a fast-moving political-military-domestic thriller without abandoning its essence. Turning the play’s power-grabs into a boardroom battle, Eyre opens by imagining the Tower as a sleek locale for a cocky firm to hold high-level meetings for its executives, with Anthony Hopkins as a kind of corporate suzerain dividing up his holdings for the next generation. Then his plans go off the tracks. It’s less Game of Thrones than Succession.

Eyre, an accomplished stage and screen director whose credits include Iris and Notes on a Scandal, has hired an exceptional cast featuring Emma Thompson and Emily Watson, both pleasingly viperish as Lear’s duplicitous daughters Goneril and Regan, as well as Jim Broadbent and Jim Carter as Lear’s allies Gloucester and Kent. Eyre has made an especially brilliant choice in casting a radiant Florence Pugh as Cordelia, the constant daughter who in this version isn’t so much a picture of innocence as a serenely confident young woman who is disgusted by all the jostling for position by the pigs at the trough. Armed, nasty pigs.

While Lear’s family is boiling over, Gloucester’s provides an echo in another story of age traduced by youth, the duke taken in by phony evidence provided by his innocent-seeming, resentful illegitimate son Edmund that the old man’s beloved son Edgar is plotting against him. All of this happens in a forbidding present-day London in which refugees pitch their tents on the grass and military helicopters buzz overhead. The main drawback to the film (apart from the underwhelming performance by John Macmillan, who isn’t sinister enough as Edmund) is that much of the dialogue is rushed and garbled. The impulse to keep things moving is admirable, but there’s little point to Shakespeare if the words aren’t clearly and lovingly enunciated.

Some Shakespeare tragedies rely heavily on melodramatic and unlikely plot devices; Othello, for all its beautiful language, would seem hopelessly contrived today on a narrative level, its central figure so gullible that he is more an easy mark than a stout hero. But Lear, which is notable for its large cast of principal characters, sends them into the fray with plausible motivations and wicked efficiency, the good ones undercut not by their own foolishness but by genuinely unexpected betrayal. True, it’s a bit of a stretch for Kent to successfully disguise himself as Caius just by trimming his hair, but at least Gloucester has better reason than a wayward handkerchief to be shocked into poor decision making.

Shakespeare directors these days too often fall into a rut, unable to resist showing they’re au courant by pushing topical political themes from the day’s paper or (if all else fails) making everything a Nazi allegory. Eyre, though, is going for sheer ticking-bomb excitement, keeping up a brisk pace and shortening the speeches so that the characters interact via something approaching the brief, barbed exchanges of today’s best television. He stages a bloody, potent take on the eyeball-gouging scene (not exactly graphic — no orbs are seen emerging from sockets — but nasty enough to earn an R rating if this were a big-screen offering) and frames the battle to the death between the estranged brothers Edgar and Edmund as a mixed-martial-arts bout. The direction is contemporary — Lear, when reduced to prattling madness, becomes a pathetic old codger pushing a supermarket cart full of rags outside a strip mall — without adopting an irritating pose of condescension and ironic detachment. In short, Eyre’s style is a superb way to approach the Bard in the age of the Shard. 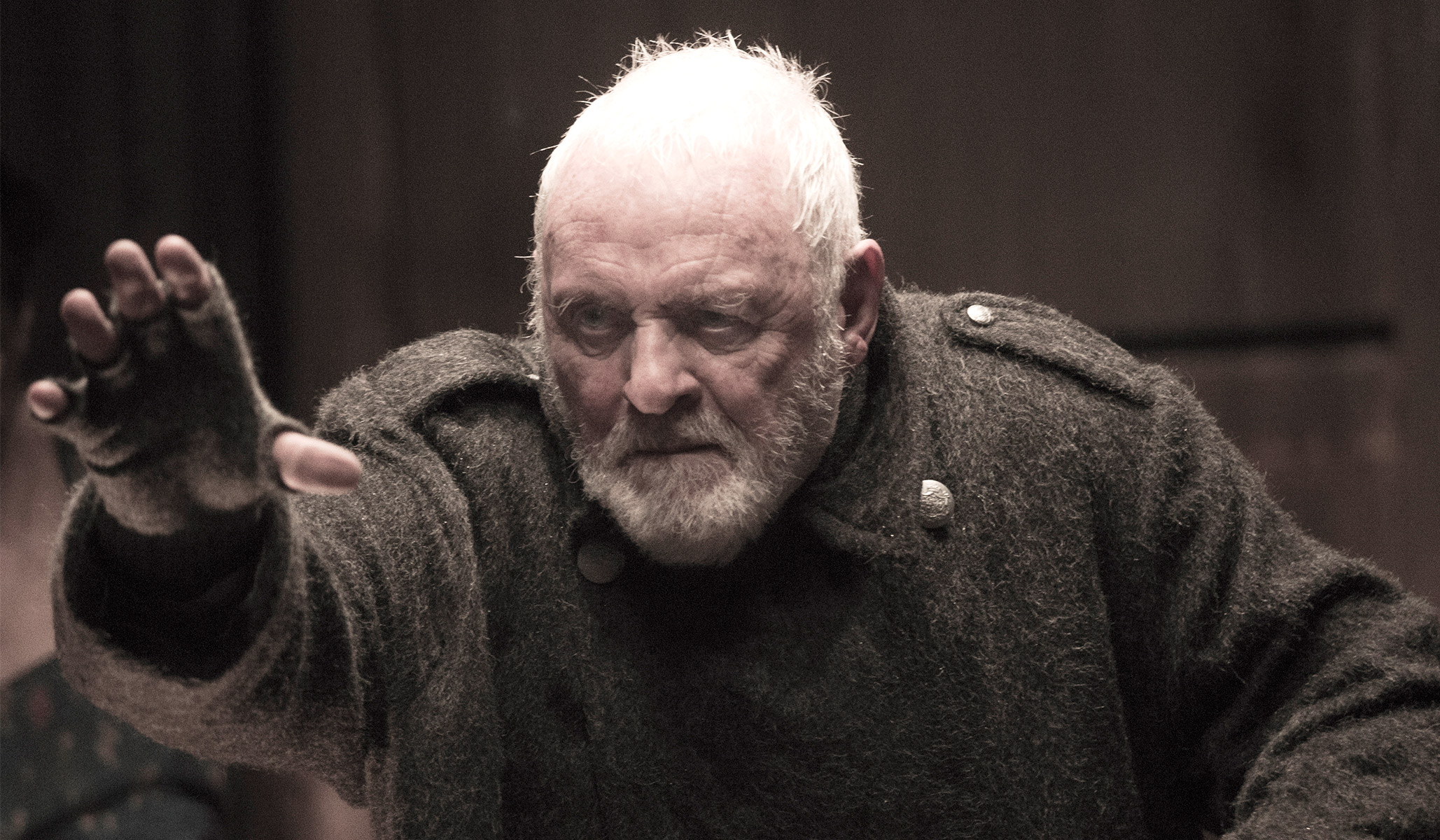