The last week has shown how Trump’s critics were wrong to dismiss the caravan.

It’s roughly the three-week anniversary of CNN reporter Jim Acosta repeatedly telling President Donald Trump at a press conference that the migrant caravan is “hundreds and hundreds of miles away” and “not an invasion,” and objecting to a campaign ad that showed migrants climbing border walls — “they’re not going to be doing that.”

Now, thousands of migrants from the caravan have arrived in the border city of Tijuana, Mexico. Over the weekend, hundreds of them stormed a border crossing, climbing the fence and throwing rocks. U.S. border agents used tear gas to repel the mob. If the throng was too small to constitute an invasion, it certainly wasn’t a rules-bound group of asylum-seekers.

Trump relied too heavily on the caravan as an issue in the midterm election, but the last week has shown how his critics were wrong to sneer.

It was conventional wisdom in the press that the caravan was a concoction of Trump’s fevered imagination. It soon would dissipate and even if not, take months to reach the United States. This widely repeated factoid was based on calculations of its movement on foot (it apparently didn’t occur to anyone that the caravan also would travel by bus or truck).

In the immediate aftermath of the election, when Trump didn’t talk about the caravan as much and Fox News covered it less, liberal commentators were outraged. The diminished attention supposedly proved that the focus on the caravan had been entirely cynical electoral politics. But there was a genuine lull in the news. With the weekend’s border incident bringing new attention, liberal outlets are back again to complaining that Fox is covering the caravan too much.

The latest once again puts the Left’s radicalism on display. It’s not just that Immigration and Customs Enforcement should be abolished; border agents can’t defend themselves from an aggressive rabble.

Hawaii senator Brian Schatz wondered on Twitter if the use of tear gas violated the Chemical Weapons Convention (the answer is an emphatic “no,” and he deleted the tweet). Representative Barbara Lee of California described the gassing of “women and children” as an atrocity and called for U.N. inspectors. Progressive darling Alexandria Ocasio-Cortez compared the migrants to Jews fleeing Nazi Germany.

All of this rending of garments, despite the facts that the tear gas was directed at the adult males who led the charge, similar crowd-control tactics were used at the border during the Obama administration, and, of course, cops use tear gas during disturbances involving fellow U.S. citizens all the time.

The larger issue at the border is the set of rules for Central American migrants. It allows adults with children and minors into the country while their (almost always rejected) asylum claims are adjudicated. They can easily abscond once admitted, and the laxity of the system is an incentive for more Central American family units to come.

By working out a possible deal with the Mexican government for migrants to stay in Mexico while they apply for asylum — and forbidding migrants who enter the U.S. illegally from applying — the administration has hit on an approach to tighten up the current loopholes. But the deal with Mexico may not be final and a California district judge, in what looks like another instance of resistance jurisprudence, has put an injunction on the policy regarding illegal entrants.

Trump has been wrong to portray the migrants as inherently threatening — the overwhelming majority just want a better life — but we have the sovereign right to decide who does and doesn’t come to this country, and demand that it be an orderly, lawful process.

If any significant portion of the caravan gains entry, it will send a message that large-scale movements of people are better than small groups. This could lead to even more pressure at the border, no matter how much it will be dismissed by the same people who insisted the caravan would never arrive at the border. 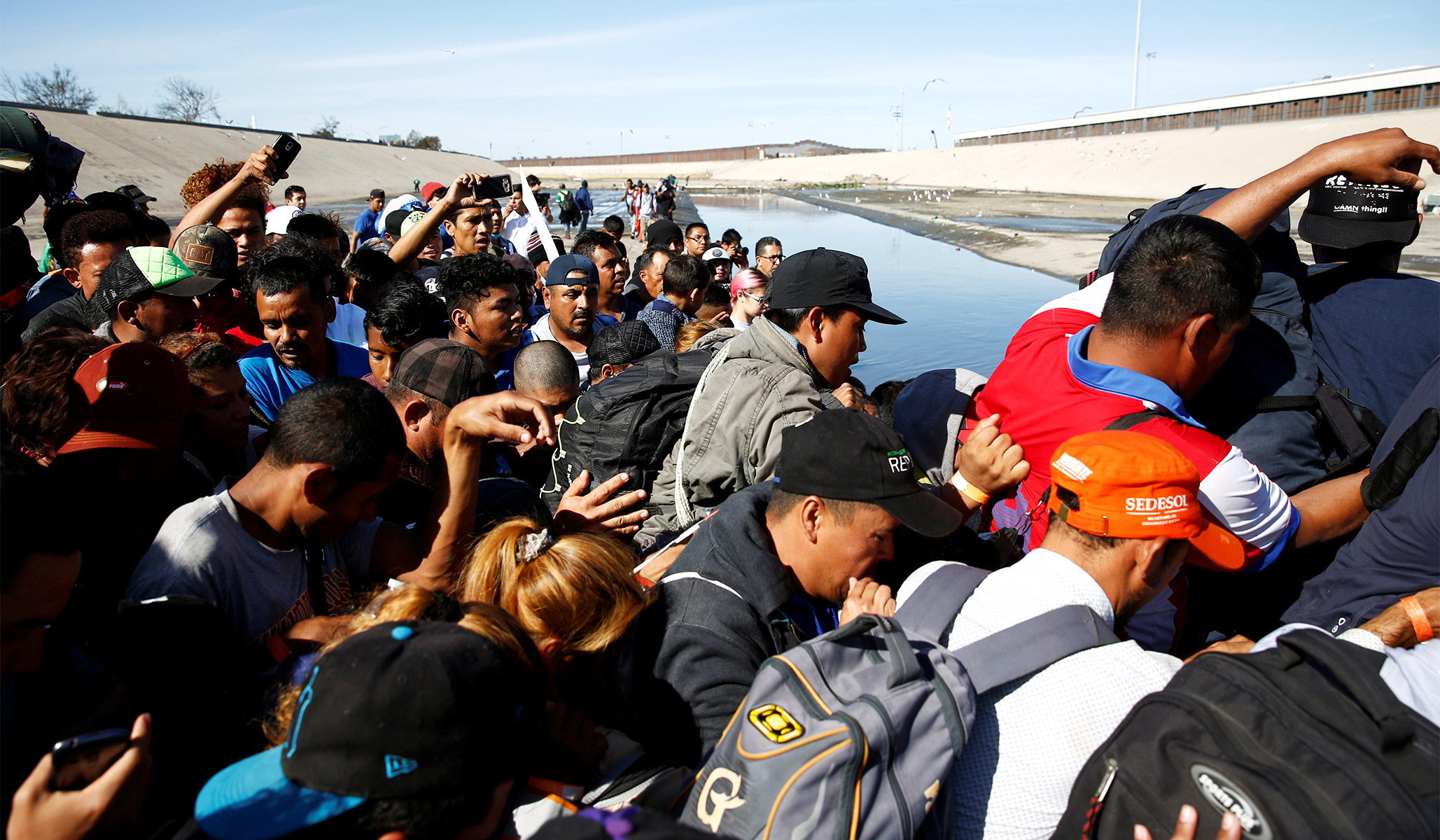