The package of criminal-justice-reform proposals endorsed by President Donald Trump is not “soft” on crime. It’s tough on injustice. And it’s about time.

There’s nothing radical about giving lawbreakers who have served their time an opportunity to turn their lives around and avoid ending up back behind bars. More than 30 red and blue states have enacted measures to reduce incarceration, control costs, and improve public safety. Texas — no bleeding-heart liberal mecca — spearheaded alternatives to the endless prison-building boom a decade ago by redirecting tax dollars to rehab, treatment, and mental-health services. The Lone Star State saved an estimated $3 billion in new public-construction costs while stemming the prison-population tide.

Similar efforts adopted last year in Louisiana — long known as the prison capital of the world — have yielded promising reductions in the recidivism rate. Pelican Institute for Public Policy analyst Margaret Mire reports that “Louisiana’s re-arrest rate in the first nine months is 19 percent, or 7 percentage points, behind the national, annual re-arrest average of 26 percent.” State data show that the reincarceration rate is down to 6 percent in the same time period — “on pace to be 9 percentage points lower than its full-year average prior to the reforms, or 15 percent.”

Mississippi governor Phil Bryant, a Republican, overhauled sentencing mandates, embraced faith-based ministries, and funded counseling programs for inmates preparing for their transition to life on the outside. “Crime is down 6 percent,” he reported at a White House prison-reform summit earlier this year. “We have 3,000 less inmates. We saved $40 million since 2014. And you can do the same thing.”

Despite staunch support from conservative Republican governors, prosecutors, and law enforcement closest to the ground on this issue, the same hyperbolic talking points used by some immovable “law and order” opponents at the state level are now being used against First Step: Cops will be endangered, critics balk. Violent monsters will go free. Child predators and drug kingpins will flood our neighborhoods.

Scary, but deceptive. The plain language of the bill makes clear that its “early release” provisions must be earned. Moreover, as Utah senator Mike Lee (R.) points out: “At all times the Bureau of Prisons retains all authority over who does and does not qualify for early release.” Former U.S. attorney Brett Tolman, a veteran of the criminal-justice system for 20 years, notes that inmates convicted of crimes of violence (including assaults on police), drug trafficking (including hardcore fentanyl and heroin dealing), and child pornography, would not qualify for credits. Period. The list of ineligible prisoners is a mile long.

To a staunch opponent of illegal-alien amnesty for the past 25 years, the most potent attack by First Step critics concerns whether criminal aliens in federal prisons will be let loose en masse. They won’t. The law states that no prisoner can earn time credits “if that prisoner is an inadmissible or deportable alien under the immigration laws (as such term is defined in section 101 of the Immigration and Nationality Act).” And legislative analysts assert that under current Bureau of Prisons regulations, a prisoner subject to an ICE detainer wouldn’t be eligible for placement in home confinement anyway.

Critic Dan Cadman of the Center for Immigration Studies is not satisfied and argues that “the simplest way to make it a clean bill where immigration enforcement is concerned is to say at the beginning of the bill that ‘none of the sections that follow in this bill apply to incarcerated aliens.'” That should be a simple fix and is no reason to prevent First Step from moving to the Senate floor for vigorous debate.

My own awakening to the systemic flaws and failures of our criminal-justice system came from viewing it through the eyes of the wrongfully accused and wrongfully convicted. Prosecutorial misconduct, police malfeasance, investigative bias, and a guilty-until-proven-innocent agenda have ruined lives and squandered limited resources. From there, I’ve come to appreciate activists and practitioners on both sides of the aisle educating people about sweeping “hang ’em high” mandates that ensnare millions of their fellow citizens, clogging up jail space and wasting away productive years.

Our system is at its best when all involved can admit policy failures and work to change them. Why wait? 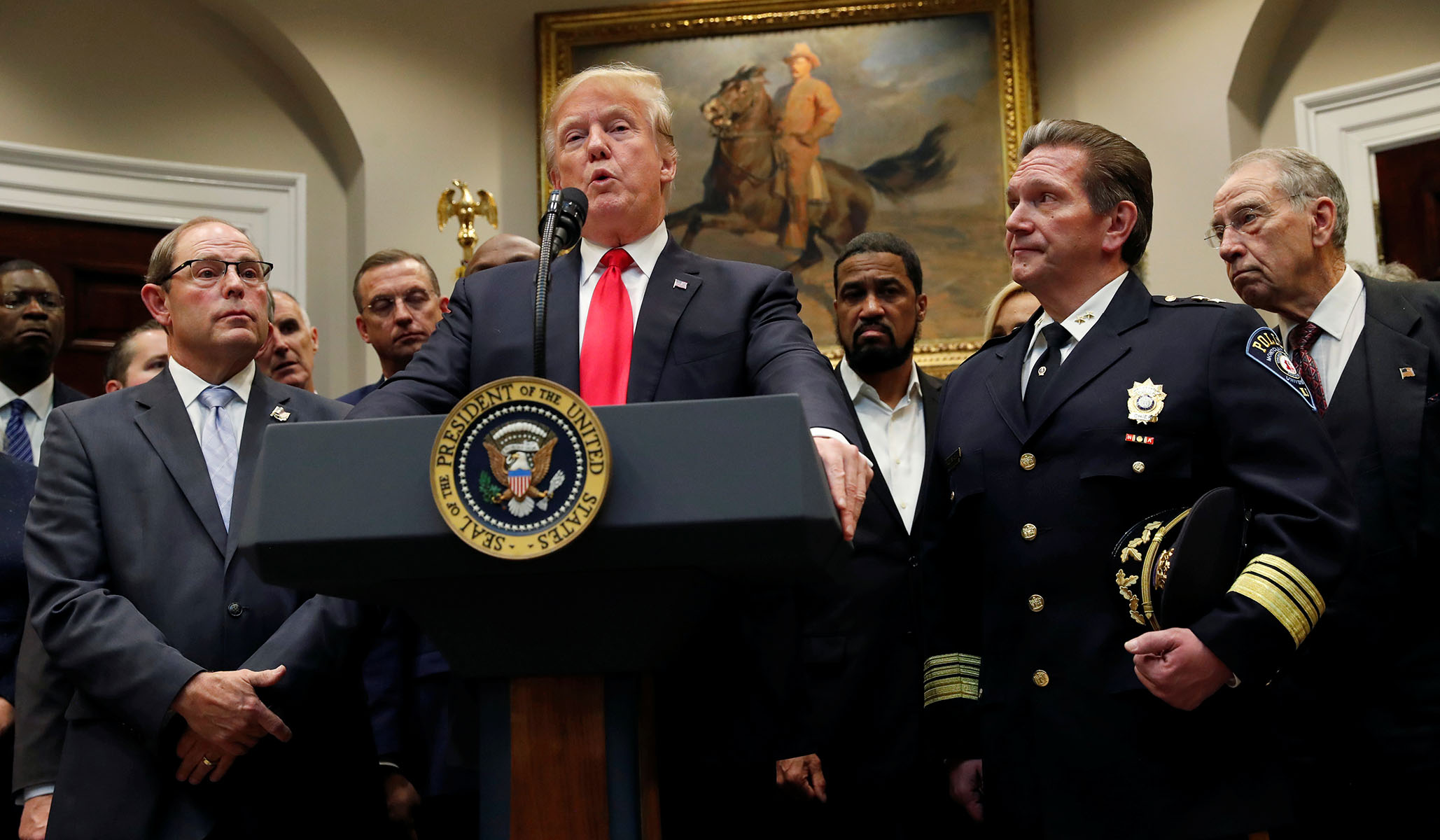