Time to worry when the heart of Reagan conservatism turns blue.

The Republican loss of 40 seats in the House came about in large part because suburban voters gave the GOP only 49 percent of their votes. From Denver to Atlanta to Salt Lake City to McLean, Va., GOP incumbents were toppled by moderate-sounding Democrats who made explicit appeals to voters repelled by Trump and his smash-mouth tactics. They would rein in his presidency, they promised, and civility and centrism would make a comeback.

That’s a highly doubtful proposition to bet on. But the appeal worked. And nowhere was its success so spectacular as in Orange County, Calif., a collection of suburbs shaped by the Automobile Age whose population of 3.2 million exceeds that of 22 states. Starting in January, Orange County will be represented by seven Democrats in the House and zero Republicans. GOP incumbents Mimi Walters and Dana Rohrabacher were defeated in the midterms, and Democrats took the place of retiring incumbents Ed Royce and Darrell Issa. As Los Angeles Times columnist Gustavo Arellano wrote, the shift was propelled by “millions of dollars in donations to local Democrats, an invigorated volunteer base, and a slew of first-time candidates.” But the Democratic sweep was still shocking.

It’s hard to overestimate the importance of Orange County in the modern growth of conservatism. Political analyst Jay Cost says that its upscale suburbs were “ground zero for the rebuilding of the post-war Republican party.” Richard Nixon grew up in Orange County and retired there after his presidency. Ronald Reagan used to joke it was where “all good Republicans went to their reward.”

And it was conservative. When I worked in the California state legislature in the early 1980s, John Schmitz, who represented part of the county in the state senate, once joked to me that “its voters didn’t know their right hand from their extreme right hand.” In 1988, Republican presidential nominee George H. W. Bush won 68 percent of the county’s votes. His margin there alone made up almost all of the votes by which he won statewide.

But then change came. The end of the Cold War meant that thousands of aerospace and defense workers lost their jobs; many left the state. The county moved in a more libertarian direction on social issues, voting to legalize medical marijuana in 1996 and giving gay marriage a surprising 42 percent of its votes in 2008.

And, of course, demography reshaped all-white suburbs as an increasing number of Hispanic and Asian immigrants arrived. While GOP congressmen such as Ed Royce did an excellent job appealing to minorities, most of his colleagues didn’t. As syndicated columnist Dan Walters recently noted: “California’s white population continues to age and shrink and Republicans have been unable, or unwilling, to cultivate fast-growing non-white communities and younger voters of all ethnicities.” Walter warned, more ominously, that as Republican “relevance in the Capitol and other policy arenas shrinks to virtually nothing, sources of GOP campaign financing continue to dry up.” The rebuilding of the Orange County GOP may be a long time coming.

Trump supporters who celebrated his appeal to hard-pressed blue-collar voters in the industrial Midwest are certainly accurate in saying that these people were a crucial element in his winning the White House. But the midterm elections demonstrate the delayed hangover that Trump’s tactics and style have produced. Republicans lost the House because of their rout in the suburbs. They also lost governorships this year in blue-collar Wisconsin and Michigan, which were key to Trump’s piercing of the Democratic Blue Wall in 2016.

Recalibrating the GOP’s message to include voters left behind economically over the last two decades remains a necessary party project. But Trump’s version of that message carries a price with it, a toxicity that makes it difficult for many suburban voters to look past Trump’s personality flaws and consider the totality and efficacy of his policies.

Donald Trump will be president for only another two or six years. Long before the curtain comes down on his larger-than-life performance, Republicans should start thinking about what they will run on and what kind of candidate they will nominate. 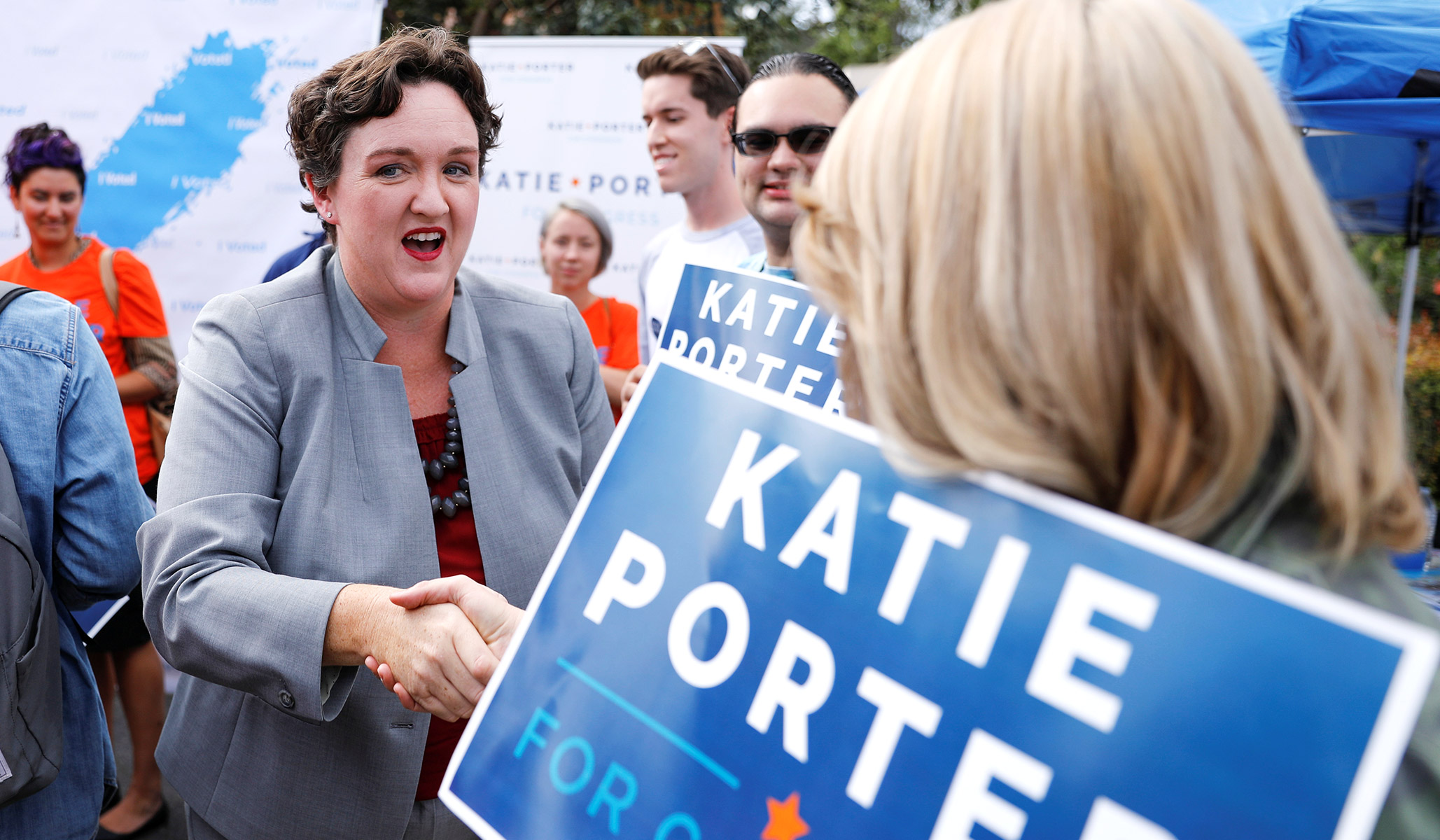