Who Is to Blame for an Abortion?

Will Covid Collapse the College Cartel?

It reinvigorates important debates, but politicians take it as an excuse for magical thinking.

Modern Monetary Theory (MMT) has gained traction in recent years, and it earned a recent endorsement by Representative Alexandria Ocasio-Cortez. The MMT framework promotes a number of valuable ideas, and it is likely correct about several important questions. However, we would be wise to reject politicians’ and activists’ more extreme applications of the theory — particularly the notion of funding major social programs by printing money.

MMT has two main purposes. The first is simply a descriptive set of ideas about how government finances work. When a government issues its own currency, as our federal government does, it is in a financial situation different from those of most institutions or households.

We are used to thinking of most entities in terms of traditional accounting ledgers. If revenues are less than expenses, this requires borrowing and is typically cause for alarm in households or mature businesses. However, for governments, this framework is not so valid because governments may issue currency directly as they see fit.

To those who believe in a kind of morality of fiscal prudence, this seems like a cheat or a get-rich-quick scheme. It appears as though the government is acquiring real resources without providing anything “real” in return. Certainly a private institution would not be able to credibly issue too many IOUs in this way. But even skeptics must admit that it is at least mechanically possible for governments to issue new currency in order to raise the cash they spend. In fact it happens frequently.

Our government’s structure, in which the fiscal authority is separated from the monetary authority, sometimes convinces us of the erroneous idea that these are separate institutions. We think of the fiscal part as somewhat household-like in its revenues and expenditures. MMT adherents would argue, probably rightly, that drawing a bright line between fiscal and monetary authorities is more misleading than helpful. Debt issuance and currency issuance are ultimately not too different; governments can do both, and fiscal and monetary authorities interact frequently.

The second purpose of MMT is to challenge conventional wisdom about the limits and risks of government debt for countries that issue their own currency. Conventional wisdom has typically held that budget deficits are a cause for worry, and that a growing national debt will one day “come due” with adverse consequences. MMT holds that this conventional wisdom is extremely overrated.

A believer in the morality of fiscal prudence might perceive currency or debt issuance with suspicion, as it seems government is getting “something for nothing,” which should be unsustainable. However, for governments, at moderate margins, this is not so true. The financial assets that the government issues — both currency and government debt — are uniquely useful assets that the private sector likes to hold. Currency is the medium of exchange throughout the economy. Government debt, which is risk-free (aside from risks to the value of the currency itself), also has many uses in finance. This everyday utility in life is in fact something of real value, and the government earns a premium for providing it. Critically, this premium does not appear in an obvious way on a traditional accounting ledger.

MMT advocates often take to saying that “government deficits are private surpluses,” which is true as a matter of accounting identity but perhaps understates the case for what these government deficits are really doing for the private sector. The “private surpluses” created are not just ordinary assets, but highly liquid, highly standardized ones critical to the functioning of the economy.

A further point is that in many cases, especially during deep recessions, currency issue merely employs resources that would not be used otherwise. For example, if government orders new goods or services while unemployment is high, the work created is more likely to attract previously unemployed factors of production. If you are serving the government, you would probably find it cheaper to rent a vacant building and hire some recently-laid-off workers than to outbid existing enterprises for their assets. From the government’s perspective, this is a great deal; the use of unemployed resources will improve the economy, and therefore the government’s finances, overall. It may even improve them so much so that taxes to fund the added spending prove unnecessary.

These ideas are not particularly new; a reasonably educated student of economics would call the first idea “seigniorage” and the second idea “stimulus” or “expansionary policy.” In addition, since the 2008–2009 recession, economists have often referred to a “safe-asset shortage,” which suggests the demand for government-issued currency and bonds should be especially strong now. The ideas are not exclusive to MMT, but they are perhaps still underrated, and for this reason, MMT’s forcefully bringing them into the conversation is valuable.

There are limits to both of these apparent abilities to spend for free; at a certain point, all the demand for financial assets is satiated. And at a certain point, all factors of production that can reasonably be employed are employed. Under these circumstances, releasing too many dollars into the U.S. economy would mean large amounts of dollars chase too few goods, resulting in inflation. A means of taking dollars out of circulation would then be necessary, most likely with taxes.

It is at these limits where the movement’s usefulness to public debate begins to break down. Beyond the basic areas of agreement outlined above, MMT is less unified in message. Many make the limited and true claim that taxes aren’t necessarily required to fund a given bit of incremental government spending, but some appear to make the more outlandish claim that taxes are never required.


Furthermore, MMT has little to say about incentives or management. This is not a vice per se, but many devotees appear to fall in a left-wing central-planning mode of thought, with some claiming the government should issue a job guarantee. This policy is in keeping with MMT’s laudable focus on maintaining full employment but dangerously naïve about the efficiencies of undisciplined management and make-work programs.

My greatest worry about MMT, though, is the exuberance of its advocates when it comes to financing large-ticket items such as single-payer health care. When large new spending programs are proposed, reporters tend to ask whether the proponent also has a means of “paying for” the spending. Some MMT adherents will then hound the reporter about how taxes do not actually pay for spending.

The bottom line is this, though: At the margin, taxes do pay for government spending. Taxes are the primary way government is funded in practice, and even MMT acknowledges taxes are likely necessary through the spending-to-inflation-to-taxes channel. Once the special channels available to sovereign currency issuers are gone, a traditional model of budgeting essentially holds up.

For example, once you have reached your target for aggregate demand, the only way to build something new is by “crowding out” something from the private sector. You take away the money that was intended to build something in the private sector via taxes, and spend it on employing resources in the public sector instead. Or, alternatively, as MMT would insist, you choose to spend public money first, find that there is too much money chasing too little economic capacity, and implement taxes to resolve the problem. But the semantics here don’t matter; there is limited productive capacity in the economy and it can be used either by government or by private individuals. The simple tradeoff that ordinary people intuit — where a free health-care program will require the government to tax people or reduce their purchasing power in other ways — is still in force.

It is true that government gets some, but not all, of its spending “for free” financially, and that this is relevant in considering how large we want our deficits to be. Each party would prefer to count its priorities as the free ones and force the difficult constrained-budget tradeoffs on the other party instead. This game, a fight over the government’s spare financial capacity, explains much of the apparent hypocrisy of parties over the deficit.

Perhaps we are still not using this ability enough, even today. But for a large budget item like single-payer health care, which could easily be 20 times the size of the Trump tax cuts, a traditional model of tax-financed government spending is essentially the only valid one. At the large and long-term margins of big priorities such as health care, the cries of “taxes don’t fund government spending” do little more for public debate than muddy the water and encourage magical thinking.

In practice, MMT’s contributions to public debate are mixed. The public should know that government is not like a business or household, be aware of and comfortable with currency issuance, and be less worried about deficits overall. The public should be skeptical of overzealous deficit hawks, who steered the country wrong during the Great Recession. MMT has useful things to say about these issues. But the public should also be skeptical of the more extreme promises of a world without tradeoffs. 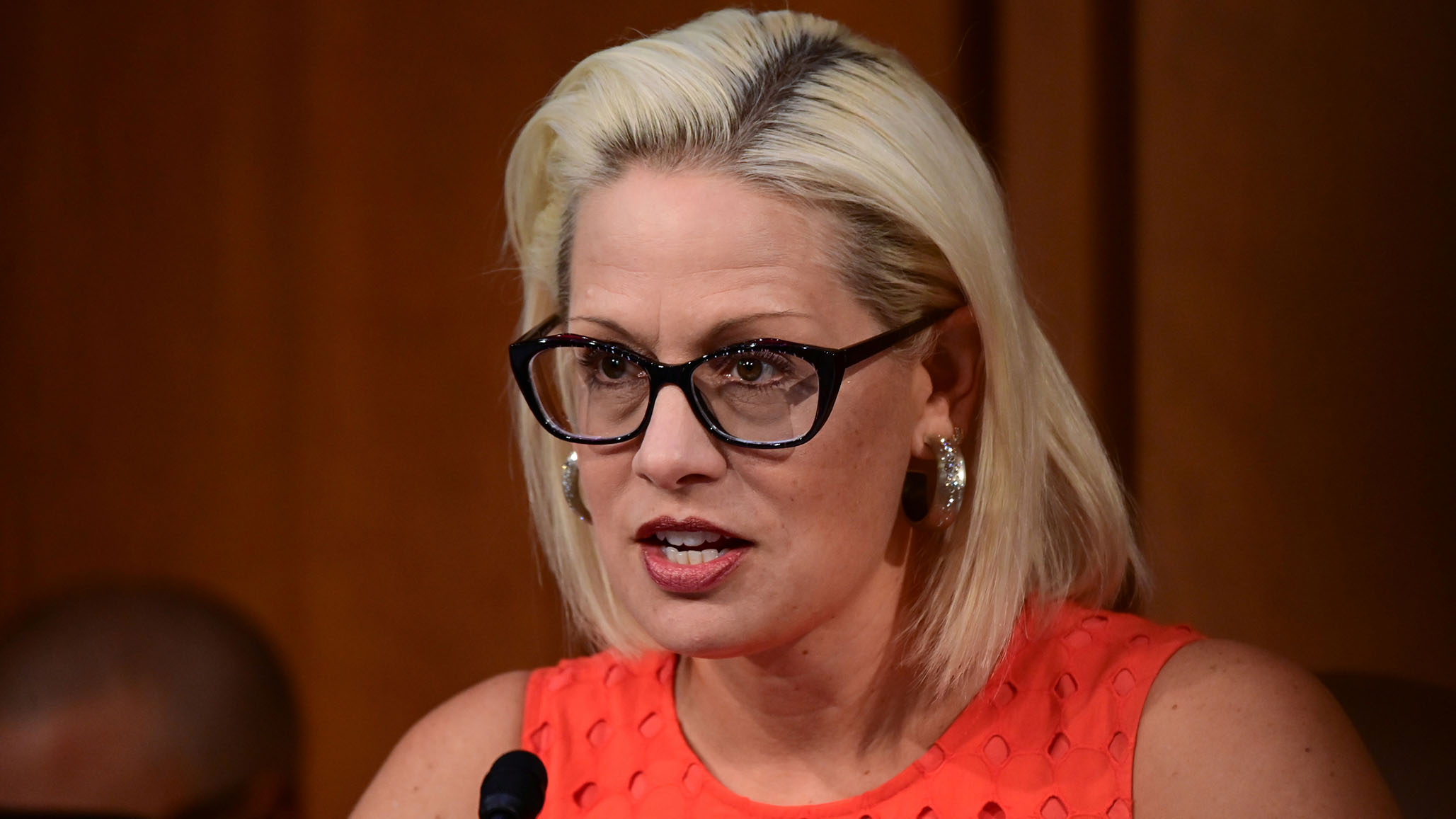 Bodycam Footage Shows Migrants Flown into NY in Dead of Night: 'Everything Is Supposed to Be Hush-Hush'

One federal contractor on the scene said the Biden administration is 'betraying the American people.'
Zachary Evans

Mayor Sam Liccardo proposed the legislation in 2019 after a shooting at the Gilroy Garlic Festival south of San Jose.
Zachary Evans

A slight majority of likely battleground state voters said they wanted lawmakers to act as a check on Biden.
Brittany Bernstein