The organization is focused on abortion, and little else.

Planned Parenthood released its latest annual report over the weekend, accounting for its activities during the 2017–18 fiscal year, and the information inside does much to substantiate common criticisms of the organization. Here are four dishonest claims that are disproven by Planned Parenthood’s own statistics.

Judging by the most recent numbers available from the Centers for Disease Control, which collects data on abortion rates from every state that chooses to report its statistics, and the Guttmacher Institute, which estimates annual abortions for the entire U.S., this is likely one-third to one-half of all the abortions performed in the U.S.

By any standard, Planned Parenthood exists to facilitate abortion in the United States. Perhaps this is why the group’s new president, Leana Wen, recently described abortion as Planned Parenthood’s “core mission,” despite its recent PR campaign — with the slogan “This Is Health Care” — to convince Americans otherwise.

At the same time, the number of non-abortion services provided at Planned Parenthood clinics decreased in nearly every major category during the 2017–18 fiscal year. Planned Parenthood’s provision of contraception decreased by 80,000, cancer screenings by 45,000, and other “women’s health services” such as well-woman exams and prenatal services decreased by 13,000. The only category of services that significantly increased, other than abortion procedures, was tests and treatment for sexually transmitted diseases, which went up by 300,000.

As in years past, Planned Parenthood’s annual report claims that abortion is a mere 3.4 percent of the organization’s “medical services” for last fiscal year. This is a convenient fiction that Planned Parenthood and its defenders have long used to obscure the fact that the group is, by far, the most prolific abortion provider in the country.

The group’s report itself provides the information with which to debunk the 3 percent claim. Planned Parenthood arrives at this statistic by dividing the abortion procedures for the year (332,757) by the number of “services” the group provided (9.7 million). The report defines a “service” as a “discrete clinical interaction,” such as the administration of an STI test.

Consider what this means in practice. If a woman visits a Planned Parenthood facility to obtain an abortion, and, while she’s there, is also given a pregnancy test, an STI test, a cancer screening, and contraception, the abortion procedure would be just 20 percent of the “services” she received. This is why the group takes pains to list its annual “services,” which is much higher than the number of patients Planned Parenthood saw last year (2.4 million). Using this deceptive formula, the report manipulates the data to make it appear as if abortion is a tiny fraction of its work, though a much higher percentage of actual patients who visit Planned Parenthood clinics are there, first and foremost, to obtain an abortion.

3. Planned Parenthood clinics are the only place that millions of American women can obtain necessary health care.

The central way in which the group’s annual report disproves this claim is by illustrating that Planned Parenthood’s provision of most actual health-care services, aside from STI tests and treatment, in fact has declined from one year to the next.

The group’s adoption referrals, for example, decreased by 1,000 last year, dropping to just under 3,000 total, which means that Planned Parenthood clinics performed 118 abortions for every one adoption referral.

The report also notes that Planned Parenthood has “more than 600 health centers” in the United States. Compare that with the more than 13,000 federally qualified health-care centers (FQHCs) all across the country, which provide far more health-care services without performing abortions.

Some states with smaller populations have no Planned Parenthood clinics at all (North Dakota) and some, such as Kentucky, South Carolina, and Kansas, have only one or two locations. These states, meanwhile, each have several hundred community health centers.

And yet Planned Parenthood would like us to believe that, if not for its clinics, millions of American women wouldn’t have access to health care at all. Regardless of whether one opposes abortion, the numbers reveal that this is a lie.

4. Planned Parenthood isn’t political and won’t be able to serve women if it loses its federal funding.

The financial numbers in the group’s annual report show that Planned Parenthood is far from destitute. Last fiscal year, its total net assets increased from $1.6 billion to $1.9 billion. The amount of government funding that it received, in the form of both grants and reimbursements, increased by $20 million, from $544 million to $564 million.

Meanwhile, Planned Parenthood raked in $100 million more in private contributions than it had the previous fiscal year, bringing the grand total of donations to $631 million. Given its many high-profile supporters and its billions in assets, it is ludicrous for the group to claim that it relies heavily on federal reimbursements and grants to conduct its business.

But for Planned Parenthood, receiving government funding isn’t about the money itself — it’s about keeping up appearances. As long as the group remains on the government dole, it can maintain the fiction that it is a federally sanctioned provider of basic health care. At the same time, this funding frees up other money that the group can use (via its political-action arm) to elect politicians who favor abortion-friendly policies — including continuing to fund Planned Parenthood.

In its previous annual report, the group noted about $166 million that it had spent on categories such as “promote health equity,” “movement building,” and “strengthen and secure Planned Parenthood.” In this year’s report, these categories had vanished, replaced by more mundane descriptions such as “healthcare support” and “advocacy.” The group’s spending on both “management” and “fundraising” also increased last fiscal year. Together, these expenditures indicate that the group has plenty of funding that it continues to pour into lobbying for policies that help its bottom line.

Recent Marist polling shows that three-quarters of Americans support limiting abortion to, at most, the first three months of pregnancy. Planned Parenthood knows that unlimited, taxpayer-funded abortion on demand is unpopular, so the group and its defenders spread misinformation and fictions about its activities. But Planned Parenthood’s own annual report does the work of its critics, showing that the organization is, first and foremost, a corporation that profits from the routine killing of unborn human beings. 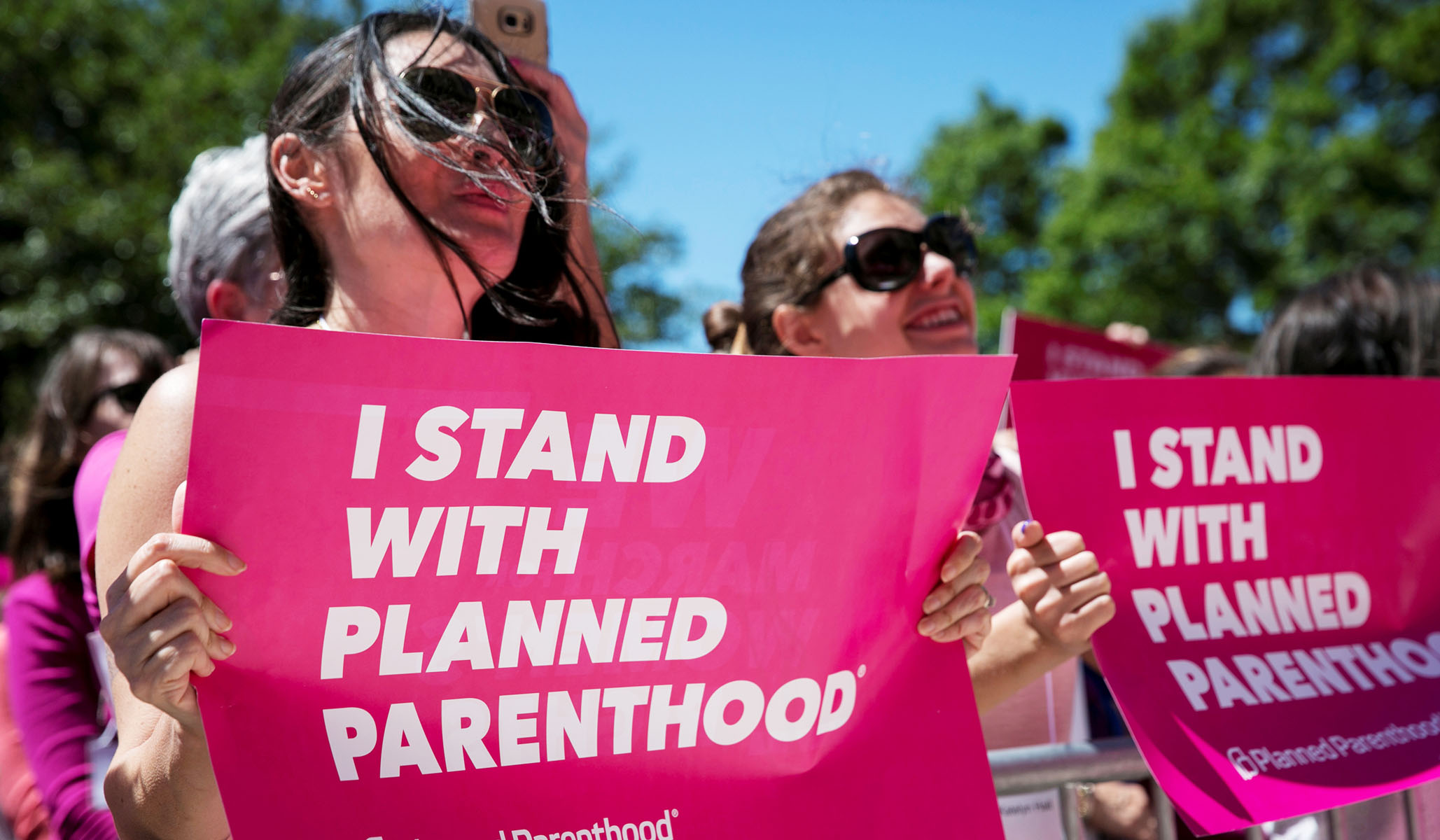