Editor’s Note: In the last week of January, Jay Nordlinger attended the National Cowboy Poetry Gathering in Elko, Nev. For the first two parts of his journal, go here and here.

This is the National Cowboy Poetry Gathering, yes — but there is plenty of music around. Indeed, it’s as ubiquitous as the poetry. Is there a difference, actually? It’s hard to tell where one leaves off and the other begins. Poetry and music fuse, in song.

Got a question for you: Which comes first, the words or the music? This is an ancient question, of course, never finally answerable. Salieri (of Amadeus fame) wrote an opera about it — Prima la musica e poi le parole. So did Richard Strauss — Capriccio.

At the Elko Convention Center, there is a concert called “Western Jukebox.” Leading off is Gary McMahan, “King of the Cowboy Singers.” “Like horse manure,” he says, “I’ve been all over the West.” His big closing number is “Yodelin’ Man from Old Montan.” It’s a pleasure to hear. Cowboy singers do a lot of yodeling. I think I hear more yodeling over a couple of days in Elko than you hear over the course of a year in the Alps.

Then comes Carolyn Martin and her swing band. Man, do they cook. In fact, their opening number is “That’s What I Call Cookin’.” You can hardly sit still in your seat. Another number — absolutely delicious — is “Tennessee Local”:

The Tennessee Local is a slow-movin’ train.
Folks in Tennessee never seem to complain.
They like a slow ride,
So you can see the countryside.

I said the Tennessee Local is a smoky little poky little train.

You never have to worry ’bout it jumpin’ the track.
They oil it with molasses, that’s what’s holdin’ it back.

Also in their set is a Mills Brothers hit, which makes my heart swell: “Across the Alley from the Alamo.” (The Mills Brothers were merely the greatest pop group in all history …)

One member of Carolyn Martin’s band is Dave Martin, on bass. “My better half,” she calls him. There is also Rory Hoffman, an extraordinary player — of what? Of just about everything. On this evening, he plays the accordion, the guitar, and the clarinet. He is musical to his fingertips.

I later do some reading about him. One article says, “Blind from birth, Hoffman taught himself to play multiple instruments before he reached double digits (he was the drummer in his family’s gospel band at five).” Rory Hoffman is someone to be amazed by.

A final act is Geno Delafose and his rockin’ Frenchmen. These guys are from southwestern Louisiana, and they are a zydeco band. Zy-what? I consult Wikipedia: “a music genre … which blends blues, rhythm and blues, and music indigenous to the Louisiana Creoles and the Native people of Louisiana.” Geno, for his part, says, “My music is like gumbo — I throw a bit of everything in it.” A thoroughly winning personality.

I have kind of a funny thought: For a little while, Elko, with this French infusion, becomes Elkeau.

• Wanna see a neat old car on a frosty morn? 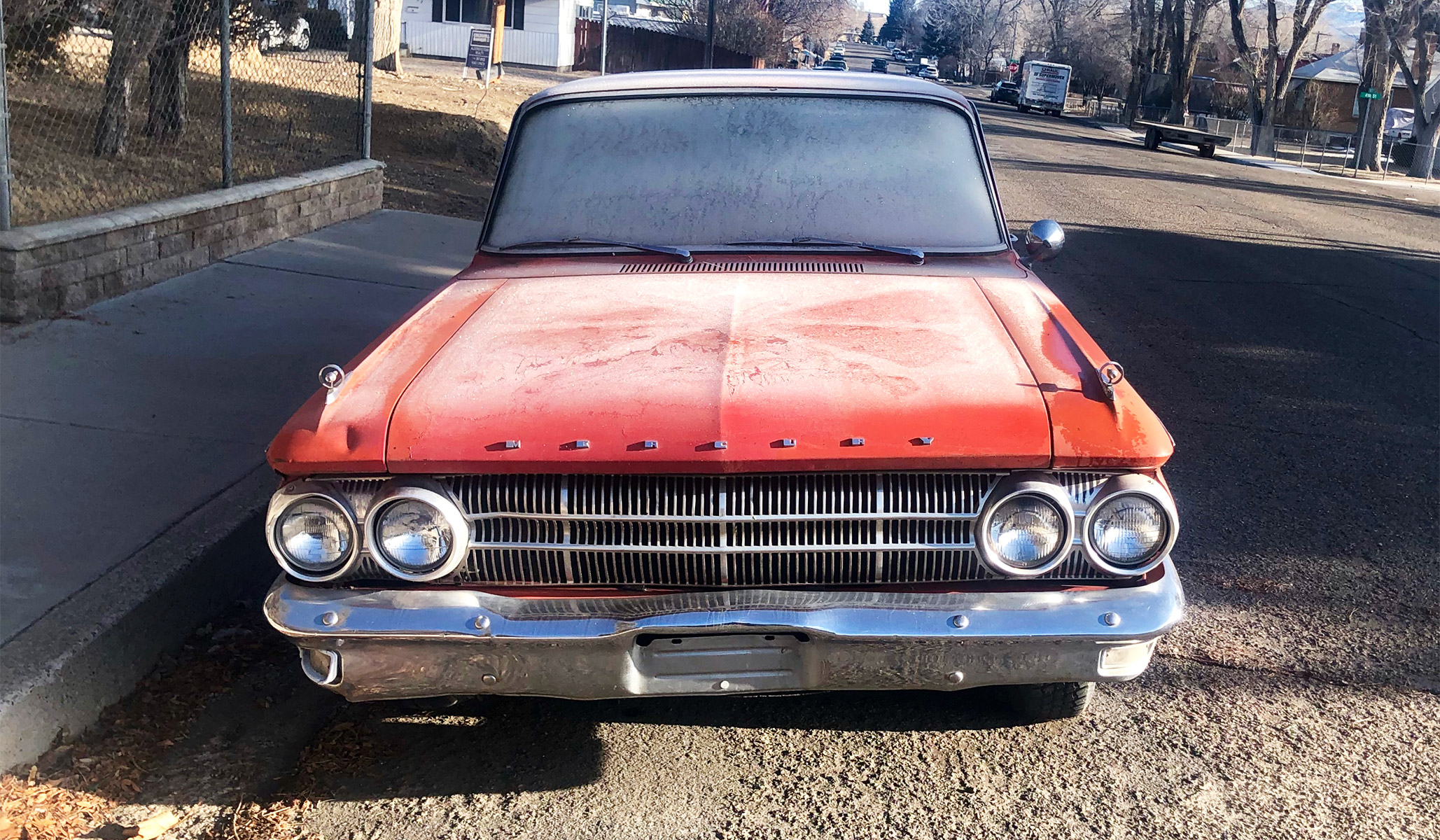 • When your baby needs legal help, this is the firm he turns to: 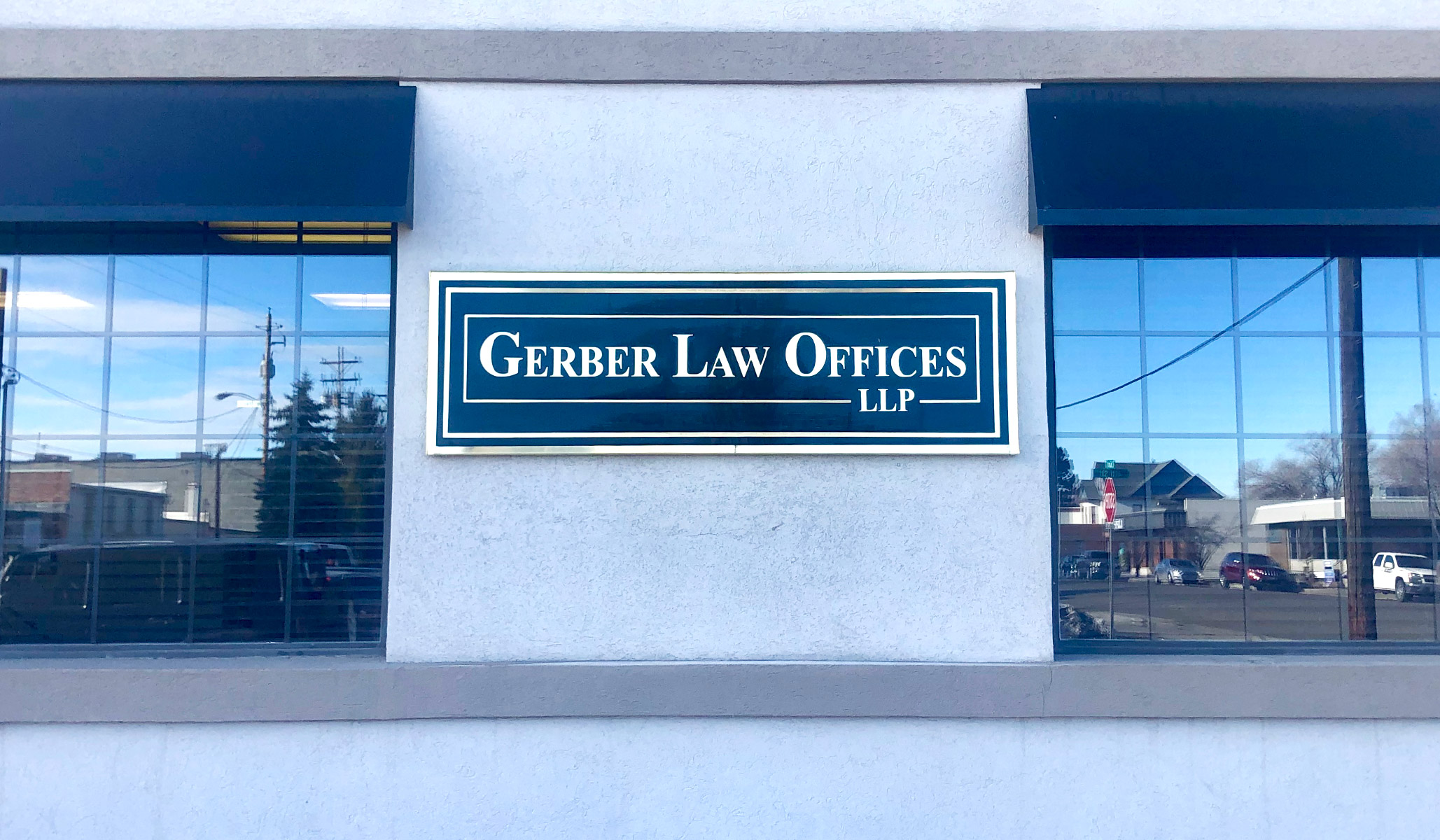 • Where do the superhero types turn? 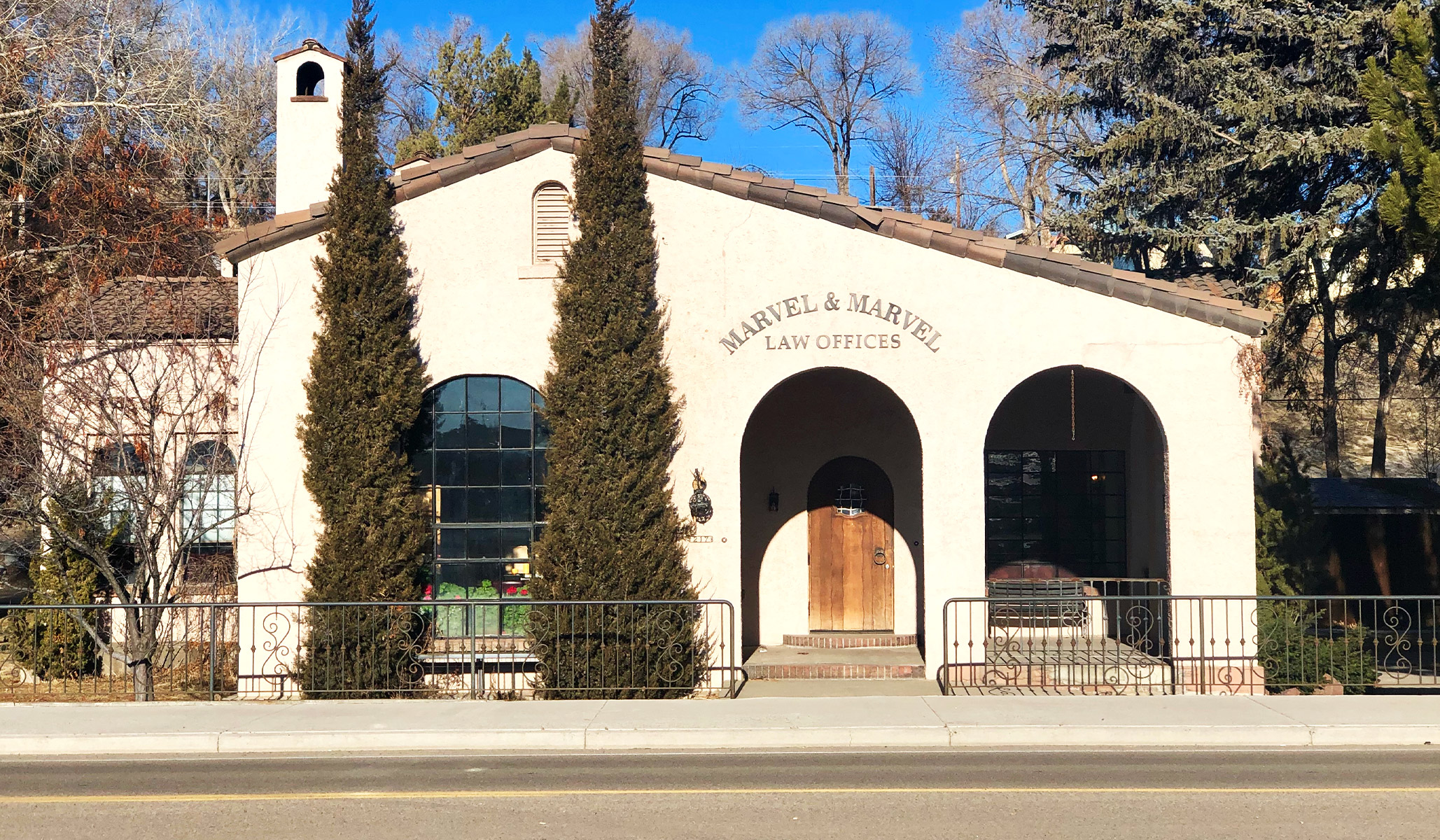 • Some sessions of the National Cowboy Poetry Gathering are labeled “Anything Goes.” These are open-mike periods, essentially. You don’t have to be a professional, or an invited guest — you can be just anybody.

One old-timer says he started writing poetry when his doctor told him he had to do something to keep his mind sharp. Here in Elko, he reads us a couple of his poems, including one that dispenses marital advice: “When it’s late and she’s drying that last dish / Does she mind you’re still out trying to catch a fish?”

An even older-timer says he started writing his poetry in 1965. This is when his wife left him, taking their three children with her. There is plenty of pain in poems at the Gathering — as elsewhere, and as in life.

One man, reciting a poem from memory, forgets it. He starts and stops a few times, and then apologizes: “Sorry, I’ve plum forgotten it. Maybe I’ll go work on it some more and come back.” He leaves to a sympathetic round of applause.

There are not many women poets at the Gathering, as far as I can tell, but now we hear one. She has taken up poetry as a late vocation. This lady gives us a poem that begins, “I am not a cowgirl, though I covet gloves with fringe.” Another line goes, “I am not a cowgirl, spurs just make me trip.” She has charm.

Finally, a little girl — Josie is her name, I think — recites a poem by the late Pat Richardson. Josie is all dolled up in cowgirl clothes. The poem she recites is “Second Thoughts,” and it starts like this:


He was all propped up on pillows,
And you could tell he was in pain.
He had hoses attached to bottles,
Drippin’ slowly in his veins.
I said, “What would you do different,
If you did it all agin?”
He pondered for a moment
And said, “I guess that all depends.”

This is a poem, probably, for a wizened fella, who has seen it all — but young Josie recites it with feeling.

• Cowboy poetry honors rhyme, or near rhyme. This gives me (for one) satisfaction. Cowboy poetry also has its clichés, or conventions, to be more polite about it. For example, there are a lot of stares: hard stares, deep stares, heavy stares, penetrating stares, cold stares, icy stares, steely stares. Cowboys do a lot of starin’.

• Okay, how ’bout a pun? There is a tip jar at a coffee stand. The note says “Thanks a latte.”

• Elko, like many towns, has a wrong side of the tracks. The familiar scene of dilapidation and resignation. For me, these areas are more depressing in rural America than they are in cities. I’m not sure why. Perhaps I’ll think and write about it someday.

• Back in the convention center, there is a concert called “Family Ties.” It features a brother-sister act, a husband-and-wife act, a father-daughter act. Brigid Reedy appears with her brother Johnny. “I doubled the size of my band since last year,” she says. Brigid is 18, Johnny 13. They look about the same age. Brigid remarks, “He has officially closed the five-year visual gap.” A wonderful line.

Brigid has been coming to Elko since she was two, I believe. At that age, she yodeled in the Pioneer Saloon. She is a singer, songwriter, and fiddle player. She has a sweet, pure voice, and a personality to match. She is “to eat,” as my grandmother would say. And Johnny’s not so bad either. Neither is their dad John, who in due course joins them.

Rob Quist sings with his daughter, Halladay. Like the Reedys, the Quists are from Montana. In fact, Rob was the Democratic nominee for Congress in that state two elections ago. (Montana has just one House seat.) He lost to the Republican, Greg Gianforte (of journalist-sockin’ fame). Halladay is a tall drink o’ water, who plays a number of instruments. She also sings beautifully — beguilingly and beautifully. There’s a touch of Peggy Lee about her.

I happen to meet Halladay in a taco line. “What’s that last instrument you were playing?” I ask her. “Electric upright bass,” she answers. “ You and it kind of match,” I say. “Yes,” she laughs, “tall and slender.” “That’s such an enviable build. I wish I were tall and slender,” I say. Then she says — I swear, and she says it in all innocence — “You’re tall.”

See you tomorrow? We’ll close this baby up. We’ll finish this journal off, with Part IV. If you want to contact me, try jnordlinger@nationalreview.com. Catch you soon.

Justice Breyer formally announced on Thursday that he would retire by the summer recess.
Zachary Evans

Breyer said he would step down over the summer 'assuming that by then my successor has been nominated and confirmed.'
Zachary Evans

Roughly 70 million Americans have already scanned their faces to ID.me to file for unemployment benefits, child tax credits, and other services.
Zachary Evans

The Truth about White Supremacists and Abortion

Pro-abortion writers recycle the false claim that the pro-life movement is entangled with racists.
Alexandra DeSanctis