There’s an obvious answer to the question, “Why would Jussie Smollett do something like that?”

On January 29, tabloid news site TMZ broke the shocking story that Jussie Smollett, a gay black entertainer and progressive activist, had been viciously attacked in Chicago. Two racist white men had fractured his rib, poured bleach on him, and tied a noose around his neck. As they were leaving, they shouted the ominous words: “This is MAGA country” — a reference to President Trump’s campaign slogan. MSNBC reported the rumor that they were even wearing MAGA hats.

Leaks from the Chicago police over the weekend, however, indicate that Smollett likely paid two Nigerian-American brothers he knew to orchestrate the attack. Smollett denied any wrongdoing through a statement released to the media by his lawyers.

That the original story broke days just after the Covington narrative fell apart last month didn’t stop it from spreading quicker than a wildfire. Within hours of TMZ’s report, some of America’s most influential politicians and celebrities amplified the story — and the belief that America is a dangerous place for minorities — to millions across the world.

2020 Democratic presidential hopeful Senator Cory Booker described the attack as “an attempted modern-day lynching.” He used the incident to press for more hate-crime legislation. California senator Kamala Harris, who is leading the polls for the 2020 race, repeated Booker’s words. Speaker Nancy Pelosi described the attack as “an affront to our humanity.” Freshman congresswoman Alexandria Ocasio-Cortez castigated media for describing the incident as a “possible” hate crime. Her colleague Rashida Tlaib wrote that “the right wing is killing and hurting our people.”

Jussie Smollett is the lead actor on the Fox drama Empire and has deep roots in Hollywood and the Democratic party. Celebrities, many of them friends with Smollett, pounced on the story. Pansexual pop star Janelle Monae shared a (now-deleted) photo of her and Smollett on social media, writing that “it is still a risk daily to be a black, out and proud human being.” Smollett’s co-star Grace Byers wrote that “hatred, inequality, racism and discrimination continue to course through our country’s veins.” Rapper T.I. condemned the attack on “OUR PEOPLE” and said “the hits won’t stop until we hit back!” He warned that a “revolution is imminent.”

Numerous media outlets exploited the incident. GQ published an essay by Joshua Rivera arguing that the racist, homophobic attack on Smollett is white America’s “endgame.” The Bay Area’s Mercury News ran a report implying that those who voiced skepticism were peddling a “conspiracy theory.”

When news leaks from the Chicago police painted an image of Smollett being generally uncooperative, a second phase of reactions were weaponized against doubters. Black Lives Matter activist Deray McKesson tweeted to his million followers that Fox 32 Chicago reporter Rafer Weigel was “responsible for much of the misinformation disseminated by Chicago PD ‘sources.’” Weigel was one of the local journalists who reported leaks that turned out to be accurate. McKesson did not respond to me when I asked if the source of his accusation was Smollett. The president of the Human Rights Campaign, Chad Griffin, echoed McKesson, saying that “this is exactly the treatment that victims of hate crimes fear and why they often stay silent.” Griffin also did not respond when I asked if he was in contact with Smollett.

On February 14, Smollett gave his first sit-down interview about the alleged attack on Good Morning America. A credulous Robin Roberts gave a softball interview that highlighted his emotions rather than evidence. “It feels like if I had said [the suspect] was a Muslim, or a Mexican, or someone black, I feel like the doubters would have supported me much more,” Smollett said.

The strategy was clear: If you doubt him, you are motivated by racism.

Now that Smollett’s story has all but fallen apart, some of the loudest voices two weeks ago are suddenly quiet. Yesterday Senator Booker wouldn’t respond to the recent developments in Smollett’s story despite having been one of the first to express outrage. Instead, he pivoted to talking about right-wing terrorism and white supremacy.

Now many are asking, “Why would Jussie do this?” To me it’s all but clear.

Jussie Smollett’s hoax is symptomatic of America’s illness. Because of the mainstreaming of academia’s victimhood culture, we are now in a place where we place more value on being a victim than on being heroic, charitable, or even kind. Victims or victim groups high on intersectionality points are supposed to be coveted, treated with kid gloves, and believed unreservedly. Their “lived experience” gives them infinite wisdom. Those who urge caution are treated as bigots.

Outside of the rare prosecution for faking a hate crime, the incentives for being a victim — real or imagined — are endless.

Anyone not blinded by bias or panic should have been skeptical of Smollett’s story from the beginning. He openly harbors an intense hatred for Donald Trump and his supporters, going so far as comparing them to Klansmen. That his alleged attackers perfectly fit this description should have raised eyebrows across the political spectrum. The cartoony, screenplay-villain portrayal of white Trump supporters was outrageously comical. But to insulated urban progressives who have little to no experience interacting with conservatives, a Trump supporter may as well be synonymous with evil.

“Hate-crime hoaxes are found in collective conflicts,” Jason Manning tells me. Manning is a sociologist at West Virginia University and a co-author of the 2018 book The Rise of Victimhood Culture. “Perpetrators might not even think of them as [false] accusations since in many cases they see it as an attempt to draw attention to a real problem. To the extent that modern society increasingly valorizes victimhood, claiming victim status through outright lies will become more attractive.”

While I can only speculate as to Smollett’s motives, perhaps a clue can be found in his bioline on Twitter. Smollett writes: “I am simply here to help save the world.”

Editor’s Note: This piece has been emended since its original posting. 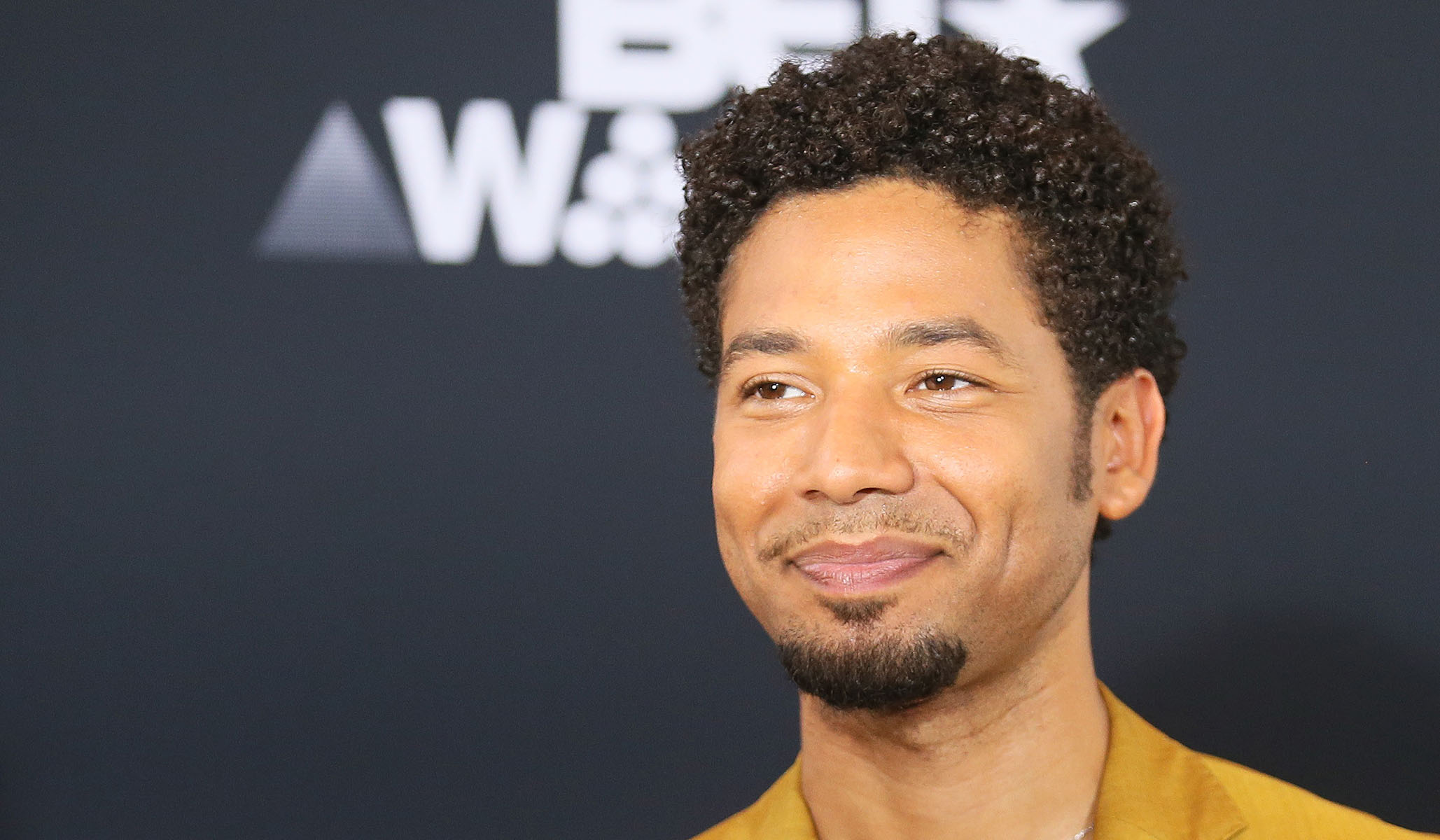