Today Venezuela is at an impasse, a term allegedly coined by Voltaire to refer to a situation devoid of exits. It has infinite inflation, four immobilized branches of government, two presidents, and the worst humanitarian crisis to hit the Americas in decades. There is sporadic violence on the streets and in improvised prisons hidden away from YouTube. What today resembles a civil war without weapons could easily escalate into bloodshed. Yet it is foreign powers and not domestic actors that will determine the country’s fate.

The Bolivarian divide runs so deep that the republic now has two presidents: Nicolás Maduro and Juan Guaidó. Maduro, elevated to power by the late Hugo Chavéz, insists that he has begun his second constitutional term, sworn in by the Supreme Court, backed by the courts and, crucially, the country’s armed forces. Guaidó is recognized by the National Assembly, the unicameral legislature that Chávez himself created when he wanted to do away with a Senate keen on opposing his accumulation of power. Hundreds of thousands of exiled Venezuelans, including former Chavista officers and representatives, support him, too.

The international media have paid scant attention to Venezuela. With rare exceptions, the crisis has seemed far away, complex, and entirely domestic to the outside world. Yet that perception is misguided: Venezuela’s crisis is no longer a mere constitutional battle; it is a power struggle among international powers.

When Guaidó invoked articles 233 and 333 of the Venezuelan constitution to declare himself president, he did so with plenty of support. The United States had already refused to recognize Maduro after last year’s presidential “election,” in which he was effectively the only candidate allowed to run. Same with the so-called Lima Group, a gathering of Latin American nations led by Brazil and Argentina. Such support allowed Guaidó to unify an opposition whose internal divisions had previously enabled Chávez and then Maduro to accumulate power. A few days later, the European Union joined the anti-Maduro forces, in a move ironically led by the socialist government of Spain, but not by Italy, where the populists of the Right (the Northern League) could not get the populists of the Left (the 5 Star Movement, old friends of Chavismo) to abandon Maduro.

Recognizing a president, however, does not topple a government. The most damaging hits against Maduro were economic. The United States blocked PDVSA, Venezuela’s state-run oil giant and its only true source of funds, from accessing its refineries in the U.S. (Venezuelan oil has always been too heavy, leading the country’s oil industry to rely on American refineries.) The Trump administration also imposed sanctions on Venezuela’s primary debt issuance, as necessary for revolutionaries as it is for capitalists, as well as on the trading of existing securities. Guaidó will now control the country’s official accounts and will get to appoint a board for Venezuela’s crown jewel in the U.S.: the Citgo refinery.

When it became clear that the petrodollars would stop flowing, defections from Maduro’s camp ticked up. And yet the regime did not fall. To outsiders, Maduro’s days in charge might appear numbered, but in Caracas he hangs on. That is because Chavismo’s traditional allies — Cuba, Russia, China, Turkey, Iran, Syria — have stood by him. In particular, the support of Russia and China, for whom Venezuela remains a bulwark against the pro-market governments ascendant elsewhere on the continent, has proved crucial.

Despite its natural wealth, Venezuela’s debts to China are far larger than is commonly understood. And in Russia, oligarchs close to the Kremlin have too much to lose if the Maduro regime falls apart. That is why RT is keen on broadcasting every single “historic” military exercise by Maduro’s generals. (As my colleague Daniel Lansberg has pointed out, Venezuela now has more generals than all of NATO.) Paradoxically, the socialist revolution that Chávez created is now sustained by the capitalist interests of its main international sponsors.

This dynamic is far from unprecedented. Decades ago, when there were two Spains rather than two Venezuelas, the diplomatic support of Western democracies mattered very little on the ground. In 1936, a failed military coup against the legitimate Spanish republic kicked off the century’s paradigmatic civil war. Madrid quickly received the support of international actors, including France, the United States, Mexico, and even the Soviet Union. But the generals under Francisco Franco had sponsors willing to fight. Hitler’s Germany and Mussolini’s Italy invested blood and treasure in Franco — and drove him to victory. His legitimacy was built on the battleground.

Intervention matters. And so does the lack of it. When Rwanda’s ethnic conflicts escalated into an unspeakable genocide in 1994, U.N. troops stood by, eventually inspiring Samantha Power’s doctrine of moral intervention. When, later, Power was U.N. ambassador under President Obama, Obama refused to intervene in Syria even after the Assad regime mounted chemical-weapons attacks on its own citizens, thereby crossing the “red line” Obama had laid out. In both cases, the results were gruesome and the victims numerous.

Ultimately only force can break an impasse. In Venezuela’s case, as in Spain’s before, legitimacy is not about constitutions but the balance of forces. Economic sanctions can debilitate a regime, but only those willing to use force can truly tilt the balance. As long as Venezuela’s traditional allies areeconomically and financially motivated to keep Chavistas in power, the current regime will endure, with or without Maduro. If Washington is not willing to intervene with force, then it must convince Moscow and Beijing that a political transition is in their interests. Guarantees for their investments are a good place to start. More important, Venezuela’s sorry destiny reminds us that in a world devoid of absolute hegemonies, there are worse things than American global leadership. 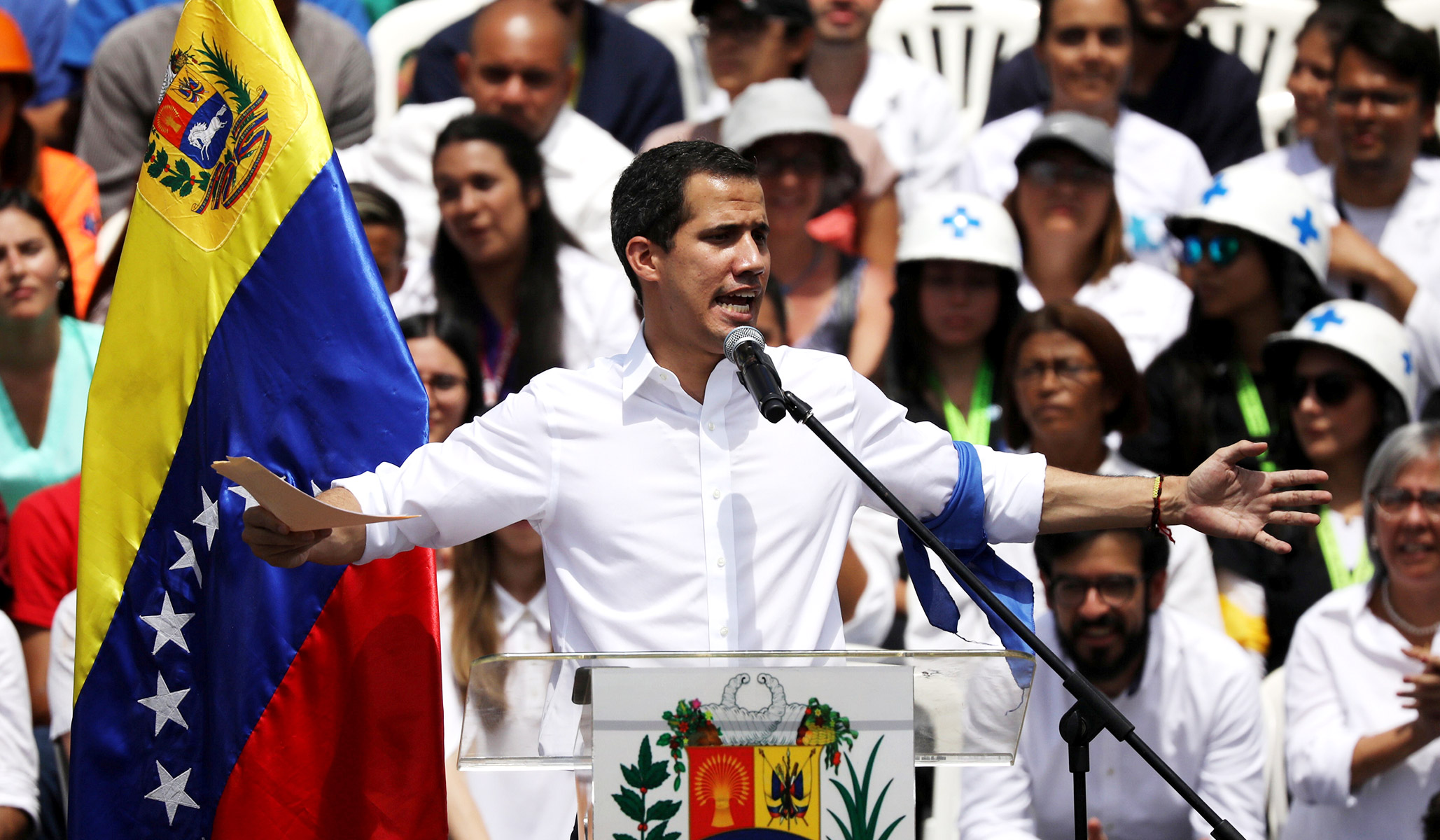