It turns out people like nice things that somebody else pays for.

Writing in the New York Times, Sean McElwee has produced an example of one of my favorite genres of political writing: “The idealized version of my preference is ideal.”

McElwee’s finding is that people love greenie-weenie schemes if you emphasize the benefits and promise that the costs will be minimal and paid for by someone else. “People Actually Like the Green New Deal,” the headline reads.

I’m open to the implicit argument that congressional Democrats are not, technically speaking, people, but they do not seem to care very much for the Green New Deal: Senator Mitch McConnell offered his colleagues a chance to vote  for a non-binding resolution in favor of the Green New Deal, and not one—not one!—Democrat was willing to push the “Yea” button. Some voted against, and some voted “Present.” If only Arlen Specter had been there to vote Craigellachie.

One wonders whether McElwee ever has met a conservative. Noting a West Virginia election in which Republicans criticized a local coal producer for polluting the water, McElwee writes in wonder: “Pause for a moment: Among the most conservative voters in one of the most conservative states in the country, the winning message was clean water.” Because . . . what, Republicans previously ran on a “Hell Yeah Pollute the Bejesus Outta That Drinking Water!” platform? This is what happens when partisans start believing their own bullsh**. It makes you stupid.

In our latest polling with Civis Analytics, a data science firm founded by alumni of the Obama campaign, we informed respondents that the Green New Deal is a Democratic proposal. Voters were told that the Green New Deal would “phase out the use of fossil fuels, with the government providing clean energy jobs for people who can’t find employment in the private sector. All jobs would pay at least $15 an hour, include health care benefits and collective bargaining rights.” Many commentators have argued that the Green New Deal would become unpopular when voters were informed of the cost, so we added that the plan would “be paid for by raising taxes on incomes over $200,000 dollars a year by 15 percentage points.”

This is pretty much pure horsepucky, of course. Would that 15-point tax hike on incomes over $200,000 actually pay for a program to “phase out the use of fossil fuels”? Nobody knows, since nobody knows what that would cost, since the technology to phase out fossil fuels does not currently, you know, exist. (I am writing this on an airplane, which is not kept in the air by happy thoughts.) Cookies poll pretty well, cookies that other people pay for poll very well, and cookies that magically appear on a plate thanks to magical f***ing magic are the most popular of all. But there ain’t no cookies like that.

What are the words you’re hearing in the back of your mind right now? “If you like your doctor . . . you can keep your doctor.”

Many aspects of the so-called Affordable Care Act polled pretty well and continue to. The Obama administration and congressional Democrats had some idea of what would poll pretty well, which is why they — follow along now! — lied their asses off about the Affordable Care Act. Everybody knew that those taxes and fees that would keep it from adding “one dime!” — remember that one dime? — to the deficit were not going to be collected, that the mandates and other unpopular parts were not going to be enforced, that there would be special carve-outs for every well-connected Democratic political constituency liquid enough to lick a boot. And now the ACA is out there bobbling around shambolically like Mickey Rourke in legislative form, and Democrats are ponderously agape like: “How the hell did that happen?”

The fact that bullsh** polls well does not make it non-bullsh**. And the so-called Green New Deal is pure bullsh** — with a weird focus on other products of bovine recta as well.

It matters how you phrase the question. “Lots of nice stuff at no cost to me? Awesome!” Vs. “Turn over much of the productive capacity of the U.S. economy to the management of a half-educated bartender from New York who doesn’t know what a tax credit is or how airplanes don’t fall out of the goddamned sky and pray that it turns out half as well as the Affordable Care Act? Maybe not!” 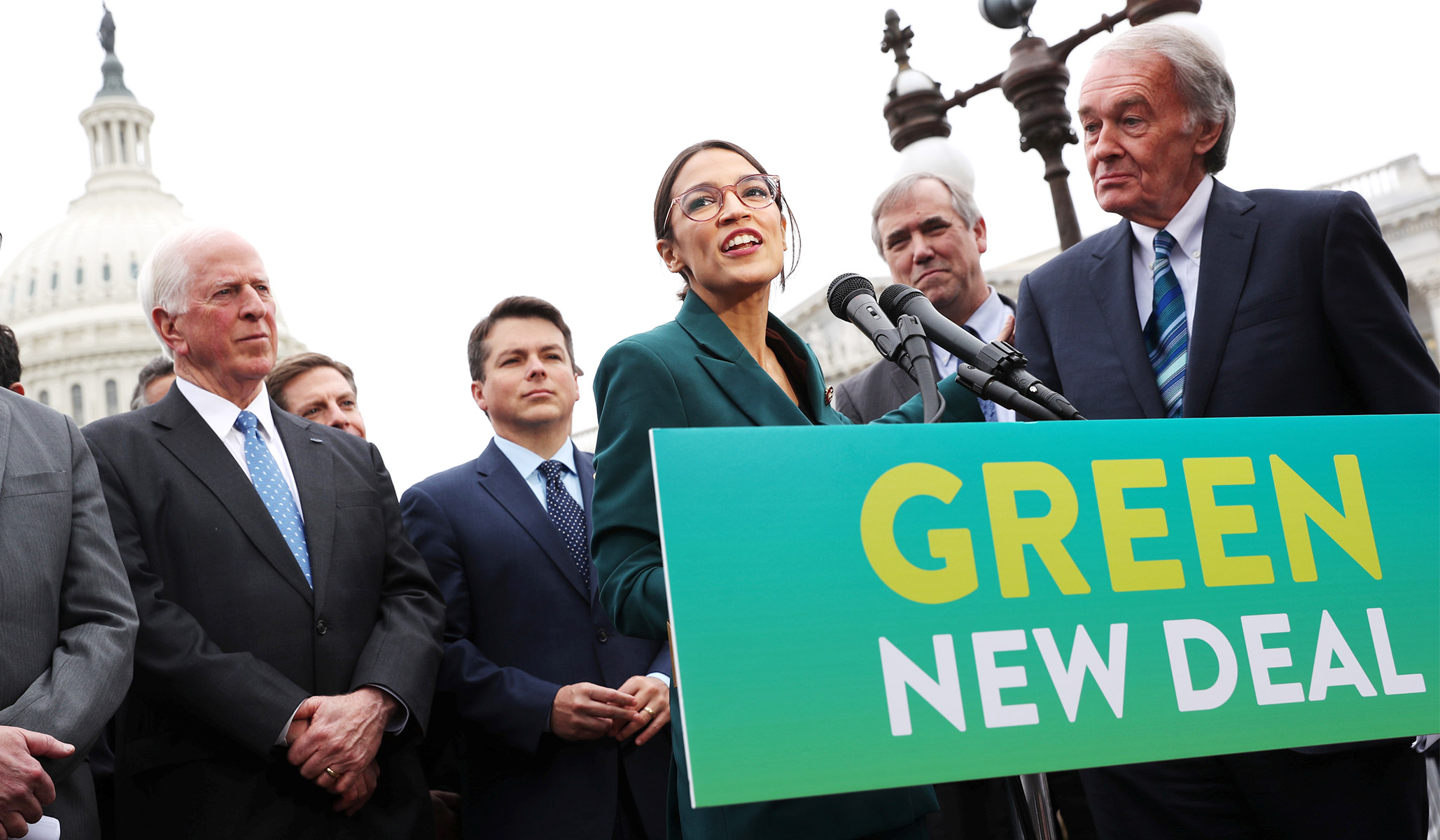