The U.S. Supreme Court must intervene.

Over the weekend, my colleague Kevin Williamson wrote an outstanding piece illuminating the ideology and opportunism behind a Connecticut Supreme Court opinion holding that the manufacturer of the semi-automatic rifle used in the Sandy Hook shooting may be held liable for violating state unfair-trade-practices statutes. The legal reasoning behind the ruling, if applied broadly, would directly defy federal law and could potentially deal a staggering financial blow to firearms manufacturers and sellers in the United States.

In the simplest terms possible, the Connecticut Supreme Court held that a lawsuit filed against Remington by the estates of nine Sandy Hook victims could proceed, based on the claim that the alleged “wrongful marketing” of the rifle used by shooter Adam Lanza “for illegal, offensive purposes was a causal factor in increasing the casualties of the Sandy Hook massacre.” If these words are read according to their plain meaning, it would seem the court is claiming that Remington literally advertised the weapon’s usefulness to criminals, but it did not. In fact, the court’s reasoning exposes the breadth of its ruling — and its direct threat to the First Amendment. Let’s break it down, piece by piece.

Under the federal Protection of Lawful Commerce in Arms Act (PLCAA), plaintiffs are generally barred from filing suit against gun manufacturers or sellers for criminal or unlawful misuse of weapons they make and market. The act is designed to reinforce traditional product-liability law and to protect gun rights from activist judges. After all, no one thinks that Ford should be held liable if a terrorist drives an F-250 into a crowd. Yet there are activists who believe that, say, Ruger should be held liable if a bank robber uses an SR9 to commit a robbery.

While the PLCAA is broad, it does allow for specific, commonsense exceptions. For example, suits can still be brought against a manufacturer if its weapons malfunction or against a seller if he “aids or abets” a person prohibited by law from possessing firearms in obtaining a gun. Critically, the PLCAA also contains a provision permitting suits if the manufacturer or seller “violated a State or Federal statute applicable to the sale or marketing of the product, and the violation was a proximate cause of the harm for which relief is sought.”

Now, here’s where the Connecticut court got very creative. There is no specific state statute banning any of the specific ads at issue in the case. So instead, the court took extraordinarily broad language from the Connecticut Unfair Trade Practices Act and considered whether the ads for the rifle were “unethical, oppressive, immoral, and unscrupulous.” And how were the ads potentially unlawful on those grounds? Because the marketing was “militaristic.” Here’s the plaintiffs’ description of the relevant ads:

The plaintiffs further contend that the defendants unethically promoted their assault weapons for offensive, military style missions by publishing advertisements and distributing product catalogs that (1) promote the AR-15 as ‘‘the uncompromising choice when you demand a rifle as mission adaptable as you are,’’ (2) depict soldiers moving on patrol through jungles, armed with Bushmaster rifles, (3) feature the slogan ‘‘[w]hen you need to perform under pressure, Bushmaster delivers,’’ superimposed over the silhouette of a soldier holding his helmet against the backdrop of an American flag, (4) tout the ‘‘military proven performance’’ of firearms like the XM15-E2S, (5) promote civilian rifles as ‘‘the ultimate combat weapons system,’’ (6) invoke the unparalleled destructive power of their AR-15 rifles, (7) claim that the most elite branches of the United States military, including the United States Navy SEALs, the United States Army Green Berets and Army Rangers, and other special forces, have used the AR-15, and (8) depict a close-up of an AR-15 with the following slogan: ‘‘Forces of opposition, bow down. You are single-handedly outnumbered.’’

Note that nothing — absolutely nothing — about those ads describes or urges illegal conduct. The claim is that the Sandy Hook shooter was “especially susceptible to militaristic marketing.” Yet the Sandy Hook shooter didn’t purchase his weapon. He murdered his mother and stole her weapon. Moreover, by no stretch of the imagination does “militaristic” use equate with “illegal” use. It takes willful misreading to claim that there is anything at all “unscrupulous” about stating that SEALs use similar (though hardly identical) weapons.

When I purchased my own AR-15, I did so in part because it was the closest civilian analogue to the M4 I carried in the Army — the weapon I’d fired the most and was most familiar with. It was not the same, of course, since I couldn’t switch it to fully automatic, three-round-burst mode, but its similarity was appealing. Nothing about that communicates illegal intent, and nothing about military use translates into an assault on an elementary school. That’s not what Rangers do.

In reality, the court was using the broad language of the statute to impose its own, subjective view of “immorality” on gun makers, a ruling that, given the ubiquity of such statutes across the country, could expose gun makers to liability whenever state courts found gun ads distasteful.

What’s the intent here? Toward the end of the opinion, the court gives the game away:

There is no doubt that congressional supporters of PLCAA were committed to Americans’ second amendment freedoms and sought to secure those freedoms by immunizing firearms companies from frivolous lawsuits. It is not at all clear, however, that the second amendment’s protections even extend to the types of quasi-military, semiautomatic assault rifles at issue in the present case.

There you have it. The real target is the weapon, not the ad.

Make no mistake. This is a dangerous precedent. It contradicts the PLCAA, and it strongly implicates the First Amendment. If gun makers and sellers can be held liable when state courts find their ads distasteful under broad, vague consumer-protection statutes, then not even accurate ads about lawful products are safe. While commercial speech enjoys lesser protection than, say, political speech, it is still protected from arbitrary and capricious punitive state action.

There is an old saying that bad facts make bad law. There are no worse facts in recent American history than those of the terrible, horrible massacre at Sandy Hook, but even that awful day is no justification for subverting federal law and undermining constitutional rights. The Connecticut Supreme Court just launched an end run around the Constitution. The U.S. Supreme Court must intervene. 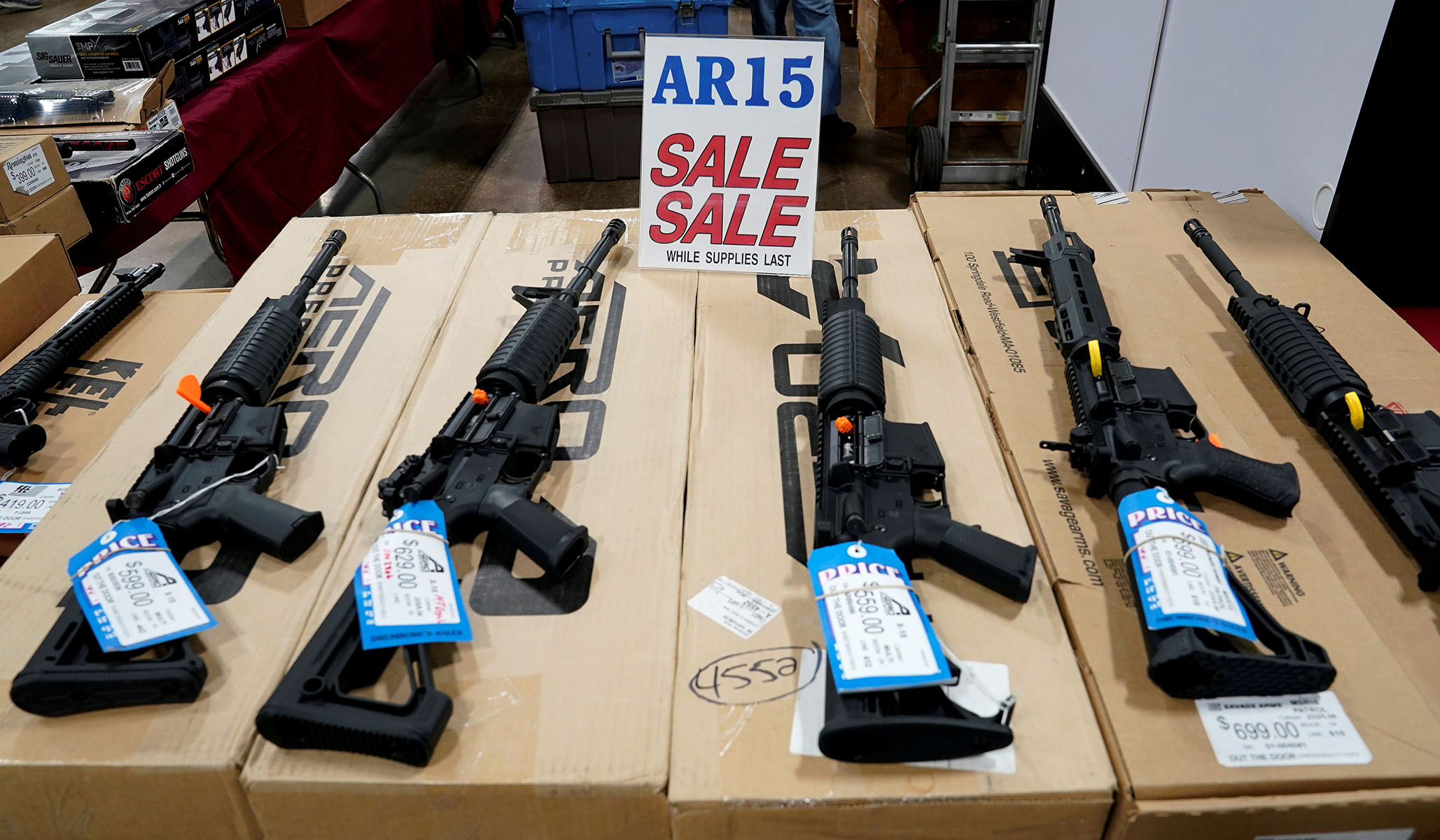