America needs a court in its proper place, and Justice Roberts should remember a fundamental truth — the chief’s institution needs the chief’s originalism.

It works something like this — let’s suppose a key abortion case comes before the court, or the court considers an important conflict between the Trump administration and the special counsel’s office. According to this construct, it’s Roberts the ideologue who would vote to restrict abortion rights. It’s Roberts the conservative who would back the Trump administration. But a chief justice who cared about the institution of the Supreme Court? Well, he guards Roe. He checks Trump.

I can think of few better examples of the temptation of John Roberts than an extended essay by Michael O’Donnell in The Atlantic centered around Joan Biskupic’s new book about the chief justice. Framing the alleged conflict between Roberts’s judicial philosophy and his responsibilities as chief, O’Donnell asks, “What will Roberts do if the clerk calls some form of the case Mueller v. Trump, raising a grave matter of first principles, such as presidential indictment and self-pardon?”

The proper answer to that question is obvious — he should decide the case on the basis of the text and original public meaning of the Constitution and any other relevant statutes. But O’Donnell has a different response. “He portrays himself as an institutionalist, but we do not yet know to what extent this is true. He must necessarily prove himself on a case-by-case basis, which injects a note of drama into his movements.” (Emphasis added.)

Prove himself to whom? The progressive legal establishment, of course.

There was a similar dynamic in play during a recent episode of the New York Times’s excellent podcast, The Daily. Analyzing Roberts’s recent decision to side with the liberal justices and temporarily block enforcement of a Louisiana abortion restriction, the host, Michael Barbaro, and Times legal correspondent Adam Liptak described Roberts’s decision once again in institutionalist terms. He allegedly set aside his ideology to do what was presumed to be best for the court.

In reality, there is no conflict between originalism and institutionalism. In fact, originalism will do more over the long run to sustain and enhance the institutional legitimacy of the high court than any short-term political calculation. The true threat to the Supreme Court’s legitimacy isn’t any given decision or opinion. No, the true threat to the institution is its outsized role in American public life. Just as America suffers because Congress has ceded much of its authority to the executive, our political culture is dysfunctional in part because the Court has strayed too far from its constitutional bounds. Its unelected, life-term justices have entirely too much power over American lives.

There is no better example of this phenomenon than the Roe precedent itself. Decades ago, a court completely unmoored from the text of the Constitution yanked one of the most important and contentious public debates of modern times almost entirely out of the democratic process. And yet the wise men and women of the legal Left will now claim that the very legitimacy of the court depends on protecting a fundamentally illegitimate precedent.

And what would happen if Roe is overturned? The court’s role in American life would diminish. More democracy would happen, from coast to coast, as American states enacted laws that reflected their populations’ values. Presidential elections would be less fraught, as the stakes of American elections would grow higher at the state and local level — exactly where the founders intended Americans to focus their political efforts.

That’s one issue. Let’s turn to a possible showdown with the Trump administration. We cannot define legitimacy or institutionalism merely as “beating Trump.” One cannot believe that the court will remain “legitimate,” especially in the eyes of a vast number of citizens, if the chief justice is seen to depart from the language of the relevant law in an effort to enhance the ephemeral “prestige” of the Court — as defined mainly by scholars and pundits on the opposite side of the political divide.

Given the rather obvious flaws in the idea that any class of commentators can define the institutional interests of the Court better than a justice reading and applying the law in good faith, why are thoughtful progressive commentators spilling ink on the idea that Roberts can be won over? Perhaps because they perceive there is precedent — the Obamacare case.

Biskupic’s book seems to confirm what many conservatives have long suspected, that Roberts “started in a different place.” He was going to strike down the individual mandate, but he was “torn between his heart and his head.” O’Donnell claims that if Roberts had voted against the mandate, he would have “further eroded the Court’s claim to transcend politics after the image-shattering decisions in Bush v. Gore (2000) and Citizens United (2010).” There is no mention of the “image-shattering decisions” in Griswold (“penumbras and emanations”) or Roe or, more recently, Obergefell.

At the most basic level, originalism is institutionalism. Originalism places the institution of the Supreme Court (and Article III courts more broadly) in its proper constitutional place. It subordinates the Court by elevating the text of the Constitution and the text of the laws the Court interprets. It allows citizens to impact government not through the fraught, decades-long process of replacing life-term judges, but by the more immediate and democratic process of changing statutes.

John Roberts is a good man who understands the American Constitution. I have far less faith in his ability to gauge the medium-term — much less long-term — political and cultural effects of his decisions on the reputation of the court. Yet the progressive establishment calls on him to forsake the former for the latter. Remember your institution, they cry.

America needs a court in its proper place. Roberts should reject the great temptation and remember a fundamental truth — the chief’s institution needs the chief’s originalism. No other course of action will calm debate. No other course of action will preserve the legitimacy of the court. The court’s political calculations are a cause of, not the solution to, America’s great political divide. 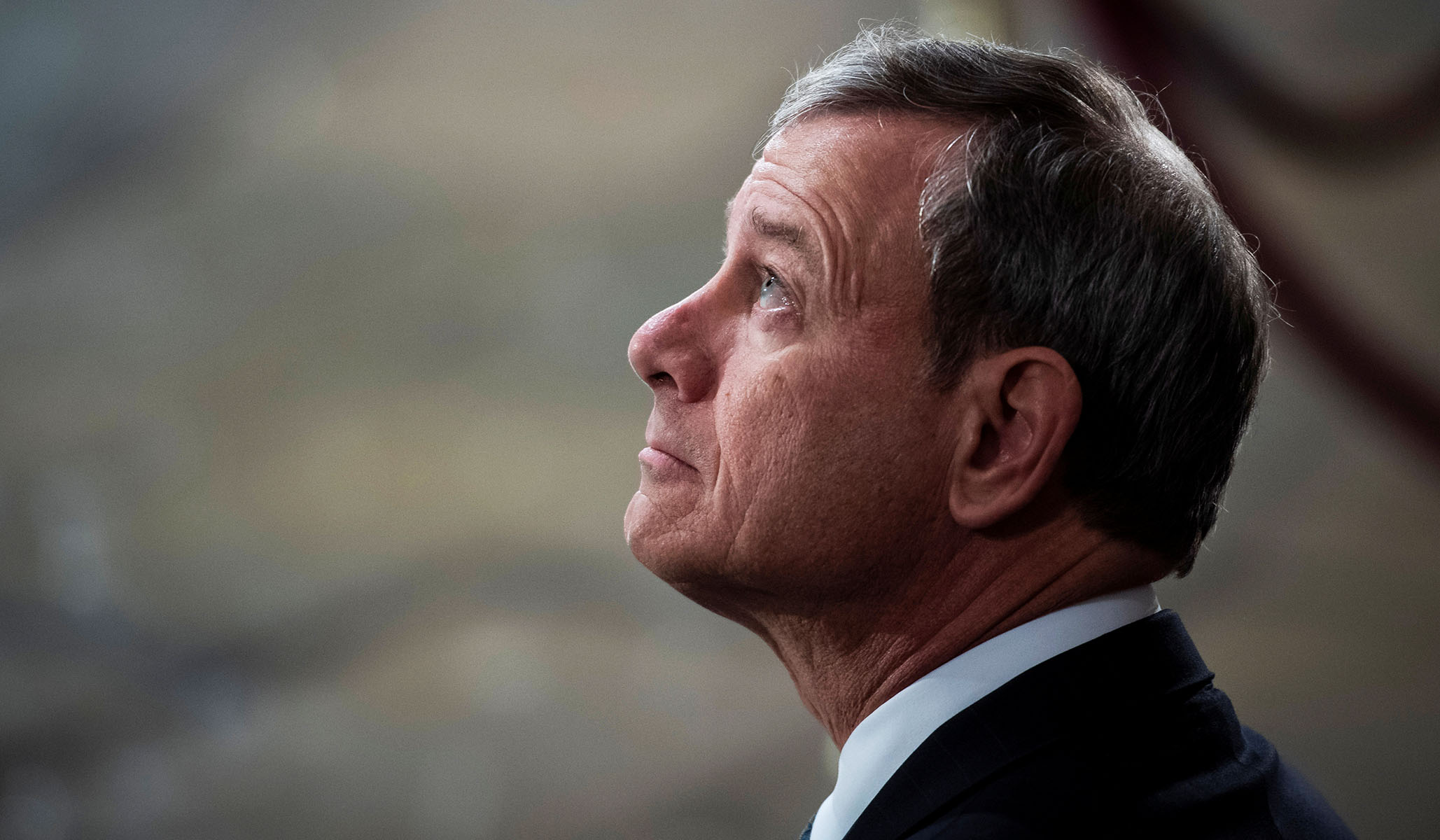