The Canadian Election’s Lesson for Americans

As Congressional Democrats prepare to hold attorney general William Barr in contempt over his supposed lack of transparency, it’s worth remembering that he has made available to top Democrats the entirety of volume II of the Mueller report, save for two full and seven partial lines, which were redacted to protect grand jury secrecy in keeping with federal law.

In order to provide lawmakers with greater transparency into special counsel Robert Mueller’s investigation, the Department of Justice placed a less-redacted version of his report in a secure room on Capitol Hill, and granted access to that room to congressional leaders of both parties, as well as the chairmen and ranking members of intelligence and judiciary committees in the House and Senate.

As of this writing, not one of the six Democrats granted access to what amounts to 99.9 percent of volume II of the Mueller report, which details the president’s behavior as it relates to obstruction of justice, have taken the opportunity to examine it. If they had, they could have viewed the entirety of Mueller’s obstruction case against Trump except for the following seven redactions, two of which are applied to footnotes. 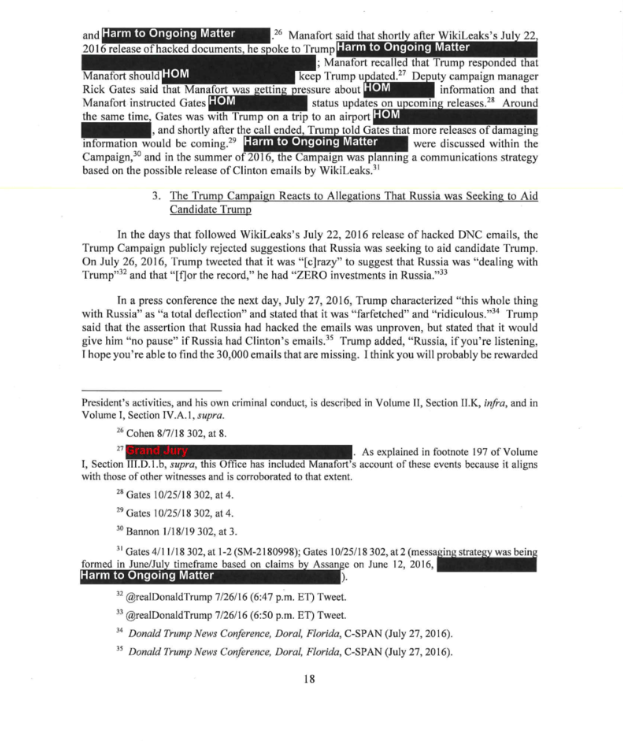 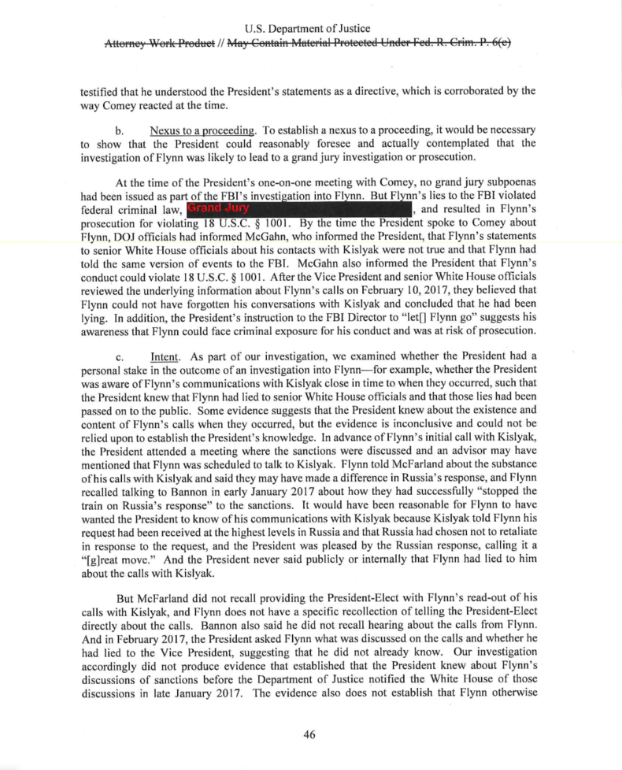 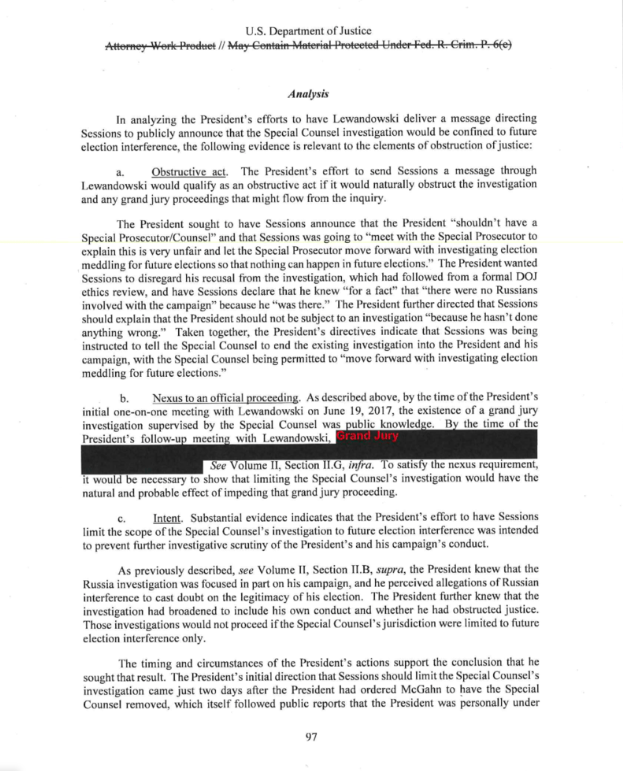 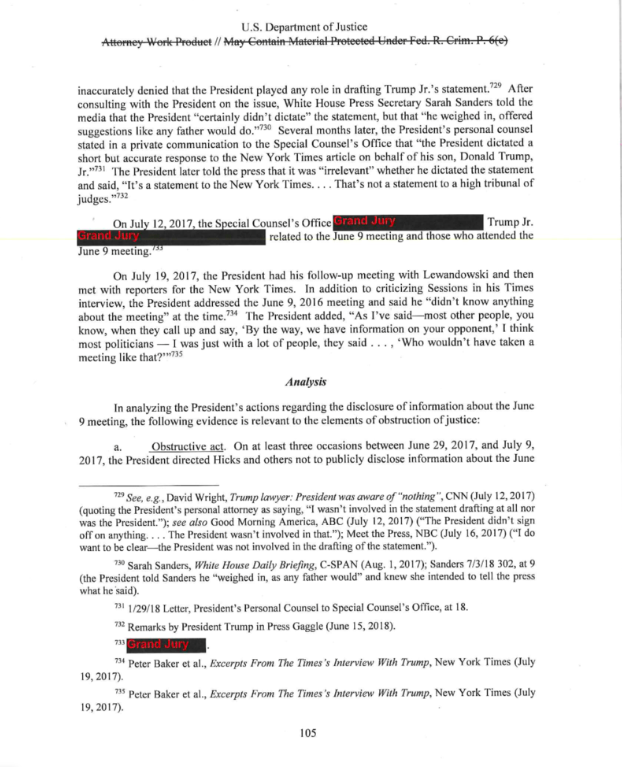 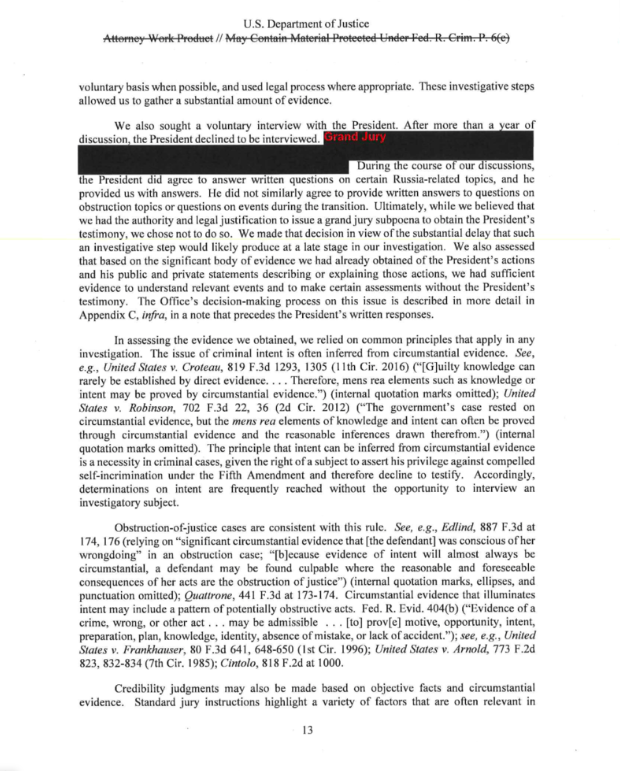 In response to Barr’s offer, Congressional Democrats have said that the full report should be made available to all lawmakers and have argued that outcome will become less likely if top congressmen view the less-redacted version.

“Every member of Congress ought to be able to see that version,” Mark Warner, ranking Democrat on the Senate Intelligence Committee, told our own John McCormack. “I think if I were to go, you’d lessen the case.”

But Democratic leaders are not asking for “that version,” which retains its grand jury redactions; they are asking, and subpoenaed for, a fully unredacted report and all of the millions of pages of underlying documentary evidence, which relate to 22 ongoing criminal investigations.

Rather than examining the entirety of volume II of the Mueller report, save for the aforementioned lines, Democrats have advanced a vote to hold attorney general William Barr in contempt on the grounds that the two-time attorney general has cynically orchestrated a wholesale coverup.

As assistant attorney general William Boyd argued in a letter sent to House Judiciary Committee chairman Jerry Nadler on Monday, Democrats’ refusal to examine the most transparent version of the report that Barr can legally make available, “naturally raises questions about the sincerity of the committee’s interest in and purported need for the redacted material.”

Beijing accused the U.S. of adopting an 'outdated Cold War zero-sum mentality' after the defense partnership was announced.
Zachary Evans