On a Venezuelan first lady, North Korean defectors, and more

Editor’s Note: In the last week of May, Jay Nordlinger was at the Oslo Freedom Forum, the annual human-rights gathering in Norway’s capital. His journal, which will be in three parts, began yesterday, here.

Fabiana Rosales does not join us in person, but she joins us by video hook-up, for a press conference. She looks impossibly young — like a college student. Yet she has considerable responsibility on her shoulders, and she plays an important role.

In a sense, she is First Lady of Venezuela — because her husband, the opposition leader Juan Guaidó, is recognized as the legitimate president by many, including the U.S. government. Fabiana (as it seems natural to call her) is 27 years old, and she handles herself with poise and grace.

She details the horrors besetting her country, horrors that are well-known: the starvation, the desperation, and so on. The news has just been reported that five children have died in a particular hospital, owing to lack of care.

I ask Fabiana what her mood is. How her spirits are. She has faith in God, she says, but she is rocked by news such as the death of those children.

Repeatedly, she speaks of the “usurpation” of power in Venezuela. By this she means that President Nicolás Maduro rules illegitimately, unconstitutionally. She says that she and her movement have a single agenda item, a single demand, really: the departure of Maduro from Miraflores Palace.

• Addressing the Freedom Forum at large — activists, dissidents, people in and out of prison — Zeid Raad al-Hussein says, “I don’t think I’ve ever been in a room with so many troublemakers — the world’s troublemakers. You naughty, naughty people.”

Zeid (as all call him) is a royal, a Jordanian prince. Much of his life, he has given to human rights. He was high commissioner for human rights at the United Nations. Before that, he was Jordan’s ambassador to the U.N., and to the United States. He began his diplomatic career by working for the U.N. in the former Yugoslavia. These days, he teaches at the Penn law school.

I’ve done a podcast with Zeid, here. We cover the waterfront, or a long stretch of it. Tell you this: He acts like a prince. Whatever his birth — royal, common, high, low — his comportment is princely, which is nice.

• Ji Seong-ho is one of my favorite people. A lot of others feel the same way about him. He is a phenomenally brave North Korean defector, or escapee. He lost an arm and a leg. (I am speaking literally.) His grandmother died of starvation. His father was tortured to death. Seong-ho, it seems to me, is always cheerful. I have seen him many times over the past several years, and his countenance is always cheerful. Indeed, he expresses an ebullience.

I ask him how he’s doing, body and soul. Okay, he says. If he were suffering — I’m not sure he would let it show.

• Thae Yong-ho is also a defector — a different kind of defector. He was a high-ranking diplomat for North Korea, and jumped ship. This was an extraordinarily brave, extraordinarily risky act. (It remains risky, in that Thae is an obvious target for Kim Jong-un’s regime. I don’t mean a rhetorical target.)

I have done a Q&A with Thae, here. And I will write a proper piece about him soon.

Let me give you one tidbit. Speaking on the stage of the Freedom Forum, Thae says that, in North Korea, you were allowed to read Dickens: Oliver Twist. Why? Because it showed England, and the West, in a dismal light.

A few weeks back, I talked with Vladimir Bukovsky, the great Russian dissident. I asked him how he had learned English. He learned in the Gulag, mainly. He taught himself English, with the aid of books in a prison library or two. (For the relevant installment of my series on Bukovsky, go here.)

The libraries had Dickens and Dreiser — because of the picture they drew of the capitalist West.

As in the Soviet Union, so in North Korea. An interesting tidbit, I think. (Wonder what Dickens would say!)

• Thae has an interlocutor onstage: Robert Kelly, the American scholar of the Koreas. He is a professor at Pusan National University, in South Korea. I have done a Q&A with him, too. It will be available in the next few days. Kelly is a very sharp, very helpful scholar.

He is also world famous. How’s that? He’s the “BBC Dad” — the man whose kids and wife came delightfully into the room, as he was being interviewed. (Remember?) A classic, ever-gladdening moment.

• In past Oslo journals, I have spoken of Viktor Yushchenko and his noble bearing. He was president of Ukraine from 2005 to 2010. You recall that Russian intelligence tried to kill him through poisoning. They did not succeed, though they disfigured his face.

Anyway, you have never seen such dignity, or I haven’t. I see Yushchenko again in Oslo. In his life, he has exemplified the British motto “Keep calm and carry on.”


• Timothy Snyder is a historian of Eastern Europe, the Holocaust, etc. He is a professor at Yale. He is steeped in the 20th century, with its twin horrors of Nazism and Communism. I have done an expansive Q&A with him here.

I would like to report a little of what he says on the stage of the Freedom Forum. He speaks of “lessons from history.” And he has a series of points that begin “We know from the 20th century …” Let me paraphrase a few of them, please:

We know from the 20th century that it’s very important not to obey in advance — that, in the beginning at least, it’s not so much that dictators take power as that they receive it, from people who are willing to normalize along with them.

We know from the 20th century that language matters — that leaders prepare us for regime changes by working the language, and that we must be careful ourselves to speak precisely and honestly.

We know from the 20th century to be wary of states of emergency. Authoritarians prepare the way for their rule by saying, “This is just for now, because of exceptional circumstances.” But that turns out to be forever.

As Snyder speaks, I am reminded of an article that Sir Roger Scruton published two years ago on the “post-truth age”: here. The Internet, he said, is a “great seething cauldron of opinions, most of them anonymous, in which every kind of malice and fantasy swamps the still small voice of humanity and truth.”

• At the Oslo Freedom Forum, there are always Communists out front, for a bit, protesting. Want to see this year’s crop? (Same as the other years, probably.) 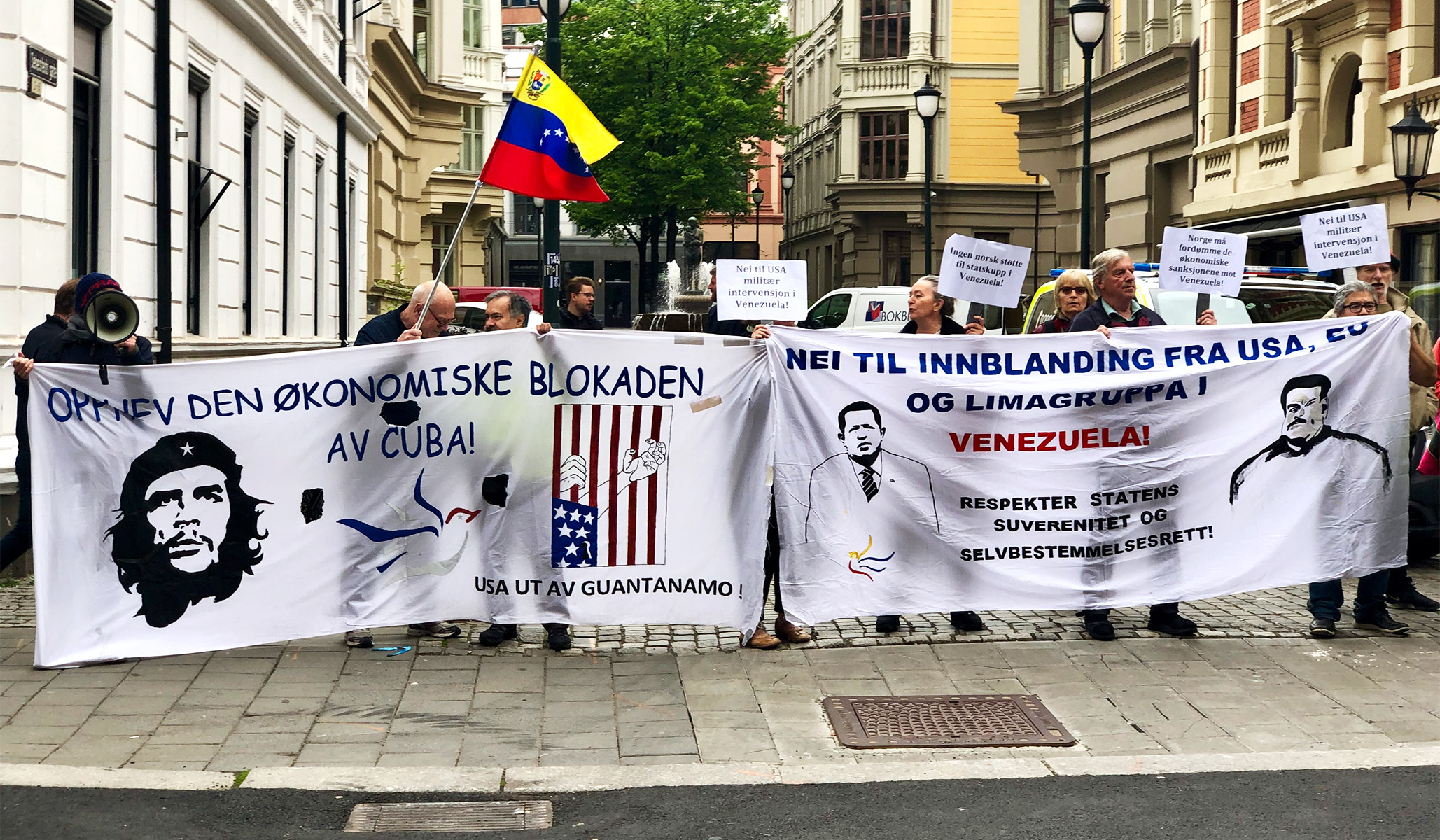 When people try to protest in the countries these guys like — Cuba, Venezuela, etc. — horrific things happen to those people. I wonder whether our guys realize that, and, if so, what they think about it. (“Freedom for me, but not for thee.”)

• Every year, I come to Oslo, and every year, this kid is upset. He never calms down. When I mentioned this on Twitter, a reader said, “If you had to spend the Norwegian winter outdoors naked, you’d be upset too.” A fair point. 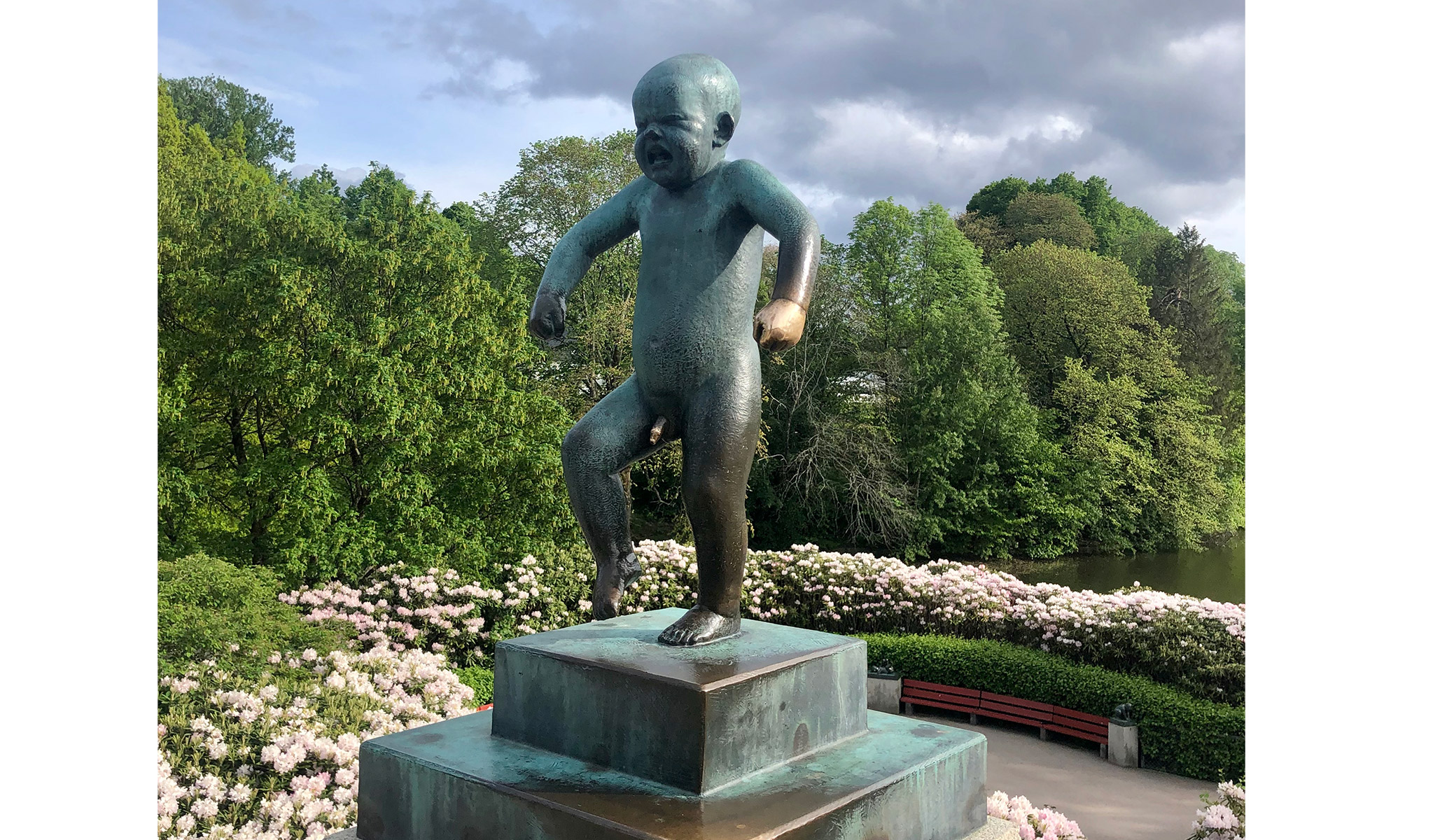 • I meet a woman — a Norwegian woman — named Nina. “Like Grieg’s wife,” I say. “Yes!” she says. “In fact, when my father called my grandmother — my mom’s mother — to tell her about me, she did not like the name Nina very much. She said that it did not sound very Norwegian. But when my dad reminded her it was Mrs. Grieg’s name, she felt a lot better about it.”

• There is a guest here, a speaker, from Somalia. Her name is Fartuun Adan. With her husband, Elman Ali Ahmed, she worked for peace and human rights. In the early 1990s, when threats against the couple intensified, they agreed that Fartuun would flee with their children to Canada while Elman stayed behind to continue the work. In 1996, he was assassinated (by warlords).

Amazingly, Fartuun returned to the country ten years later, to run a foundation named after her husband. She helps people, of various sorts, in various ways. For instance, she helps rape victims, of whom there a many. A great many. Like Congo, Somalia has a “rape culture.” “I’m a mom,” Fartuun tells us. “I have girls.”

She has received recognition in several quarters, including the U.S. State Department, which named her an International Woman of Courage.

The things people go through. The good they do regardless, or because of.

Thanks for joining me, dear readers, and I’ll see you next time for our third and final part.

The Editors
A travesty of an immigration bill has been folded into an outrage of a spending bill.
View More
Loading...