A Russian on the run; a cartoonist under fire; and more

Editor’s Note: In the last week of May, Jay Nordlinger was at the Oslo Freedom Forum, the annual human-rights gathering in Norway’s capital. For the first two parts of his journal, go here and here. It concludes today.

‘Je suis bien tombé,” Van Galbraith once said to me. He was a great friend of Bill Buckley’s, and Reagan’s first ambassador to France. He had sat down next to me at a dinner table. “Je suis bien tombé” means, literally, “I am well fallen.” Non-literally, it means you like your placement (as the French also say). You like where you are sitting.

Well, I am really bien tombé at a lunch here in Oslo. To my left is Fatemah Qaderyan; to my right is Omar Mohammed. They are two of my favorite people in life.

Fatemah is the Afghan girl who captains that renowned, unexpected robotics team (all-girl). A delightful person, she likes Einstein, Harry Potter, and French fries. I wrote about her last year, here.

She has had a lot to overcome. In 2017, her father was killed in a terrorist attack on a mosque.

Omar Mohammed is the Iraqi who, at great risk to himself, chronicled the occupation of Mosul by ISIS. (I wrote about him here.)

This lunch is being held in honor of Jamal Khashoggi and Raed Fares. They are past participants in the Freedom Forum. Both of them were murdered in the past year — murdered for their journalism.

Khashoggi was a Saudi who was once warm to the regime and then turned against it. (What a price he paid.) Fares was a Syrian, working in impossible conditions, and trying to build something. (I wrote about him here.)

One of the speakers at this lunch is Bobby Ghosh, the veteran Indian-American journalist who is now with Bloomberg Opinion. He speaks about Time magazine’s Person of the Year award for 2018. It was given to specific journalists, dead and alive. (Khashoggi was one.) Never before had the magazine honored a journalist in this way.

A lot of people snorted at the 2018 award: “Oh, journalists honoring journalists! How convenient! How self-congratulatory!” Bobby Ghosh says, “Five, ten years ago, I would have felt the same. But not today.”

• You will want to meet Laritza Diversent. I’m glad I have. She is a Cuban lawyer, who was forced to flee her country. She now lives in the United States. She founded a non-profit in Cuba, Cubalex, which helped poor people with their legal matters. The government did not like what Laritza and her colleagues were doing. She got out just in time.

I’ve done a little article about her, here.

• Where is Tajikistan? Amid many ’stans. Afghanistan, for example, is to its south. For many years now — since the collapse of the Soviet Union more than a quarter of a century ago — Tajikistan has been ruled by one dictator, Emomali Rahmon. Oh, is it a brutal state. On the stage of the Freedom Forum, Sharofiddin Gadoev speaks about it. He is an opposition leader, and he has faced the worst. In fact, it’s somewhat remarkable to see him standing before us.

What guts he has. Where does it come from? A hatred of tyranny, and a hunger for freedom, helps.

• Bryan Fogel tells a riveting tale. Absolutely riveting. He is an American filmmaker and playwright. He is responsible for Jewtopia, which is both a play and a movie. As Fogel says onstage here, “A Gentile man wants to marry a Jewish woman so he never has to make another decision.” (I think I’ve heard him correctly.)

Fogel is also responsible for the documentary Icarus. It is about the Russian doping scandal. It won an Academy Award. Fogel gives us an abridged version of the story that Icarus tells. Everyone is on the edge of his seat, I sense. I certainly am.

There is a whistleblower, Grigory Rodchenkov. Putin tries like hell to kill him. Rodchenkov has a narrow escape (at least one). Others are not so lucky. Today, Rodchenkov is in an American witness-protection program. He lives in isolation, 24/7. He is a prisoner, because he has told the truth. Occasionally, he goes out briefly in a bulletproof vest to walk a dog. Putin has not stopped trying to kill him. It is a Kremlin priority.

Putin’s thuggishness and murderousness is one thing. But, as Fogel chronicles, the lies are another. Putin simply lies and lies, brazenly, with little or no penalty.

Anyway, I thought I knew something about the Russian doping scandal. It turns out there is so much more, and Bryan Fogel relates it carefully, humorously, and movingly. I have not seen Icarus, but, based on Fogel’s presentation here in Oslo, I bet it deserved its Oscar.

• William Browder is the father of the Magnitsky acts. They are named after his lawyer, Sergei Magnitsky, who was tortured to death by Russian authorities. The acts impose sanctions on officials who violate human rights. They have been adopted by one country after another, beginning with the United States.

There is nothing that Putin abhors more than Magnitsky acts — even Grigory Rodchenkov! Orbán has done him a great favor (another one).

• You will want to meet Laila Haidari — oh, will you be amazed by her! She is an Afghan, born in a refugee camp (Pakistan). She grew up in Iran. Was a child bride. Escaped all that. Found her brother drug-addicted in Afghanistan. Dedicated herself to helping drug addicts in general. Runs a café, to support her program. Chases off those who would harm her — chases them off with guns. A tough, tough broad, yes, but also a tender, and tender-hearted, woman.

I will write about her soon …

• Memory Mbewe is from Malawi. Beautiful name, right? She is a children’s-rights advocate, doing what she can to end or discourage child marriage. She thinks children ought to have childhoods. A beautiful and right concept.

• Audrey Mbugua is from Kenya. She tells a story of transgenderism — her own. (I’m not sure that “transgenderism” is the right word. I find these sexual terms a minefield. People are always correcting you, or at least they are me.) Mbugua believes that she was born into the wrong sex — specifically, the male sex. It felt like a terrible, cosmic mistake to her.

I know some people don’t want me to say “her.” I have always resisted the language cops, whatever direction they were coming from.

Listening to Audrey Mbugua, I have a memory of George W. Bush. In 2003, he hosted his 35th college reunion at the White House. A woman came up to him and said, “You might remember me as Peter when we left Yale.” The president, grabbing her hand, said, “Now you’ve come back as yourself.”

Lots of “transgenders” — again, I dance in a minefield — commit suicide, says Mbugua. They cannot bear the confusion, stress, and hostility in their lives. Mbugua says, “I have been raped; deserted by family and friends; stripped of my clothes by people who wanted to determine my sex; thrown into filthy prison cells with the male population — you name it. But I am here in front of you, because, against all odds, and despite losing everything, I have managed.”

She continues, “I never would have done it without the support of my grandmother and a few others.” That grandmother, in Kenya, I presume, must be extraordinary.

• Walid al-Hathloul is here for his sister — Loujain, a Saudi political prisoner. I have done a Q&A podcast with him. For a blogpost leading to the podcast, go here.

• Nasser Weddady is an official of the Human Rights Foundation, the group behind the Oslo Freedom Forum. He is an American originally from Mauritania (northwest Africa). He grew up all over, owing to a diplomat father. He lived in Syria and Libya, for example. He has many stories to tell. (You know he speaks Hebrew?) For many years, he has crafted strategies for getting political prisoners released. Now he has to operate on his own family, so to speak. His brother is in jail in Mauritania. I have done a podcast with Nasser, to come.

• Václav Havel was the chairman of the Human Rights Foundation. Today, HRF gives a Havel Prize for Creative Dissent. One of the winners this year is Rayma Suprani, a Venezuelan cartoonist. Wonderful and brave woman. (I interviewed her in 2015, here.) When she is introduced on the stage, to accept the Havel prize, the Venezuelans in the audience — and I think Latins in general — explode in applause and cheers.

• We are treated to music by Alsarah and the Nubatones. Isn’t that an amazing name?

• The guards at the royal palace in this town are amazingly patient, with all the people who come up to them and want their pictures taken with them and so on. So patient, so Norwegian. Check out this smiling young woman: 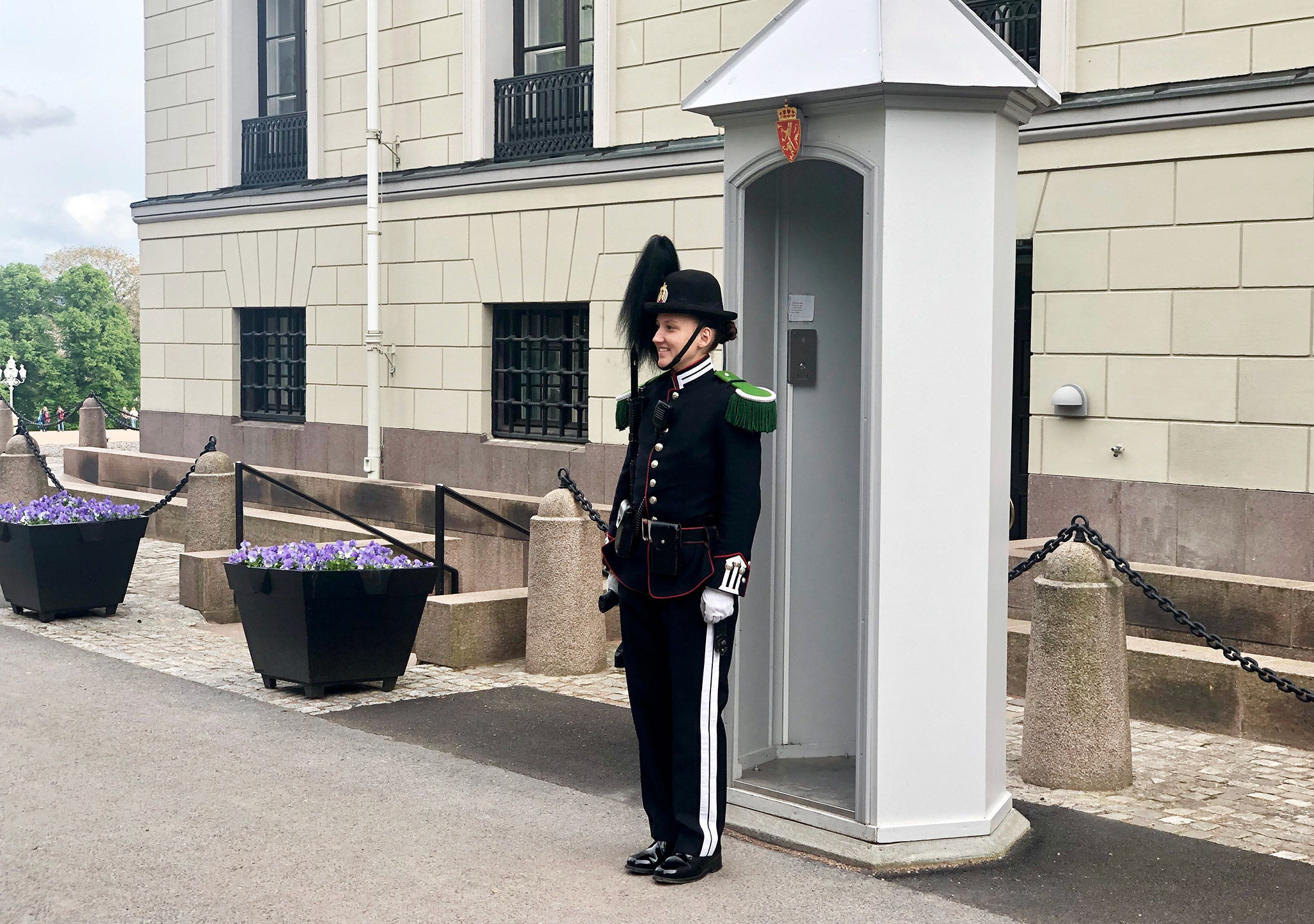 • Isn’t this a sweet little eatery, along the Oslo Fjord? 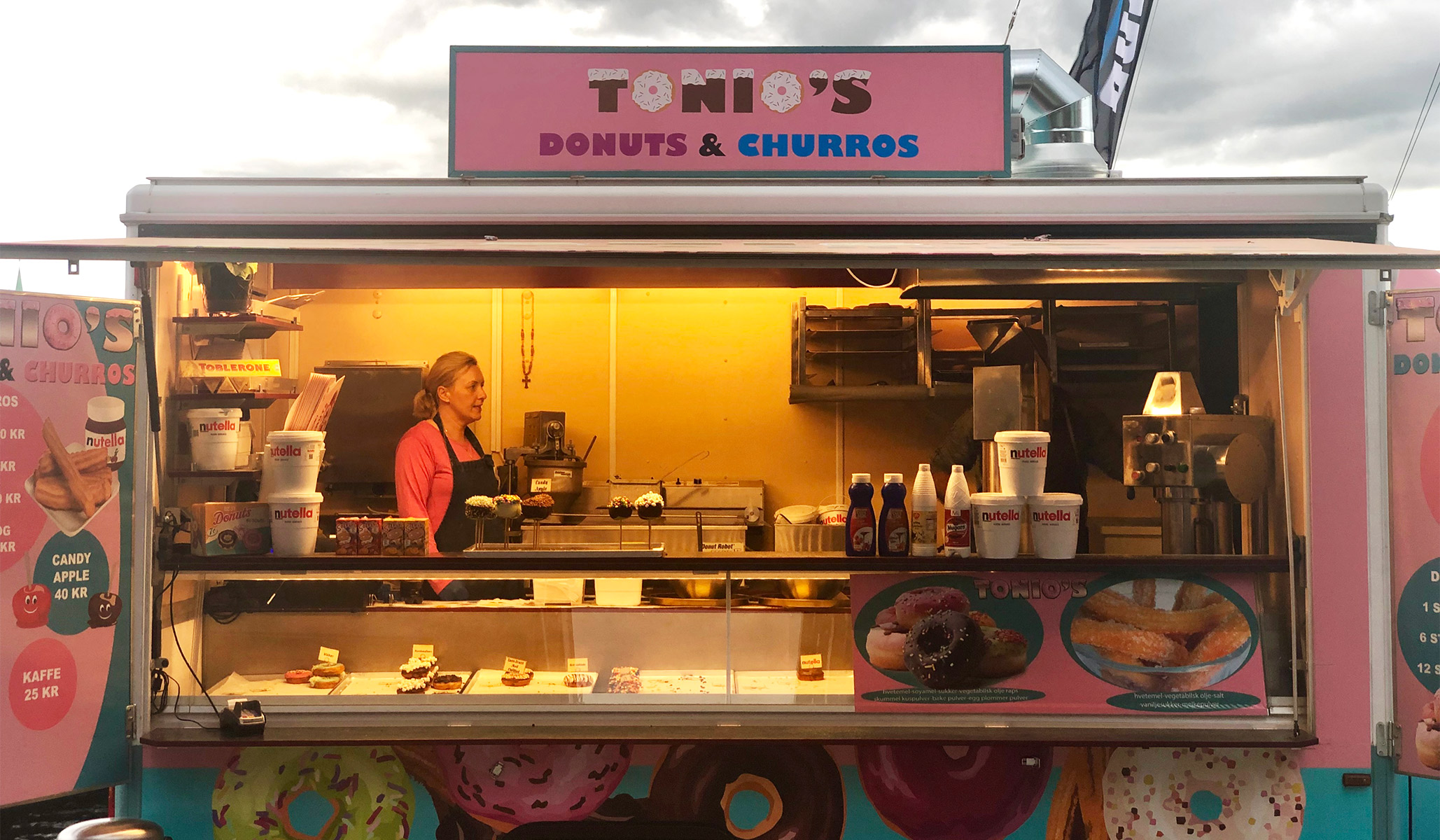 • A parade passes by. (That’s the lyric of a song.) A band is marching smartly and playing smartly. They are a royal band, a palace band, I believe. There is something cheering about a marching band. I haven’t heard them since I attended high-school football games on Friday nights, long ago …

Thank you, one and all. 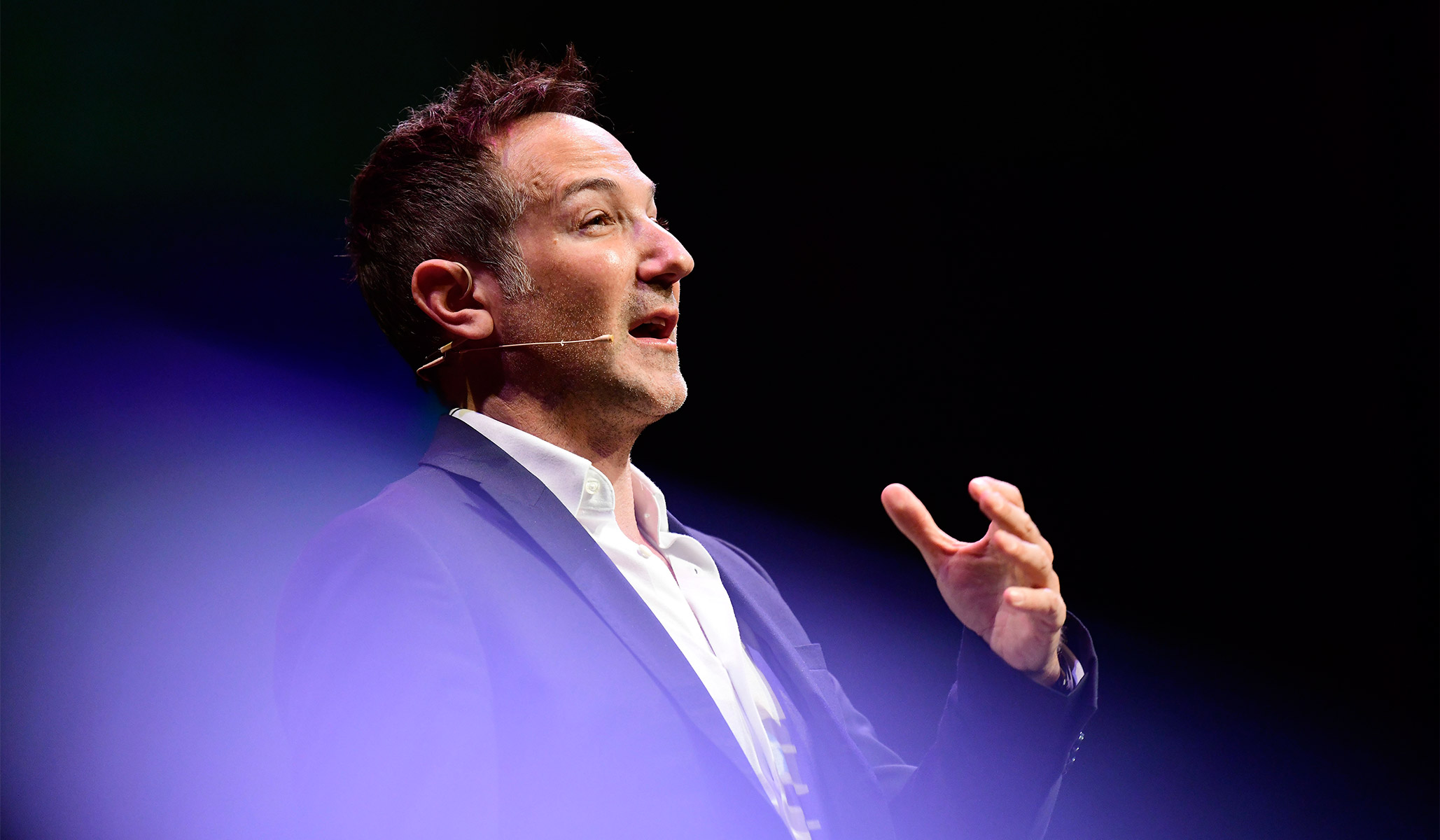