The Republican options beyond the president have their own considerable flaws.

Unfortunately, the alternatives for traditional conservatives are not great, and the odds of another Republican winning the GOP nomination in 2020 are infinitesimal.

The Washington Post has an update this morning on the challenge to Trump from former Libertarian vice-presidential nominee and Massachusetts governor William Weld, and potential bids from former Illinois congressman Joe Walsh and former South Carolina congressman and governor Mark Sanford. Former Arizona senator Jeff Flake, too, says that he’s being encouraged to run by donors, though he “has told them he is unlikely to reconsider his decision but would keep the door slightly ajar.” GOP political consultant John Weaver says his former client John Kasich is “continually looking at this race,” which has apparently been Kasich’s position since he withdrew from the 2016 primaries.

“Anybody who says, ‘I think I can beat Donald Trump,’ I think is stretching it. It’s a daunting task and it is indeed preposterous at many different levels,” Sanford admits to the Post. (You can almost see the campaign signs now: Sanford 2020: Preposterous at Many Different Levels!) But he goes on to say that the endeavor could be worth it if he or another challenger were able to “create a national conversation on what it means to be a Republican these days.”

That conversation ramped up in 2015 and has never really stopped since. The debate about whether modern Republicanism meant Trumpism, and how that differed from the conservatism that existed before the mogul descended the Trump Tower escalator, spurred two changes to the political landscape that are working against the Welds and Sanfords of the world.

First, those who chose to roll the dice with Trump grew invested in and more attached to him, concluding that tax cuts, judicial nominations, and regulatory rollback are worth tolerating his perpetual circus. Very few Republicans want to hear from a GOP presidential candidate why they made a mistake on Election Day 2016.

Second, those right-leaning voters who felt Trump was unworthy of the presidency or acted contrary to their values have largely left the GOP and become independents. (This shift may have been offset by some blue-collar whites moving from the Democrats to the Republicans. Overall, self-identification by party has remained remarkably stable since 1994, at least according to the Pew survey.)

Even more frustrating to anti-Trump or Trump-skeptic Republicans, the options offered as potential Trump rivals are far from a perfect match to those old Reaganite philosophies. William Weld is pro-choice, signed gun-control bills into law as a governor, endorsed Barack Obama in 2008, spent much of his time as the Libertarian vice-presidential nominee talking about how much he personally liked Hillary Clinton, and compared Trump’s proposals to deport illegal immigrants to “glass crunching on Kristallnacht in the ghettos of Warsaw and Vienna.”

Sanford’s infamous “Appalachian Trail” scandal is well-known, but less well-known is how he refused to endorse Katie Arrington, the Republican who beat him in last year’s congressional primary. Many Republicans, including Arrington, saw Sanford’s snub as a factor in Democrat Joe Cunningham’s surprise victory over Arrington. More than a few conservatives in the district complained that Sanford had put his personal bitterness before the good of the party, the district, and the ideas he claimed to support.

As for Walsh, a week ago the one-term congressman from Illinois wrote an op-ed in the New York Times declaring, “There’s a strong case for President Trump to face a Republican primary challenger.” He acknowledged that he had publicly supported Trump in 2016 and voted for him, but said that, “in Mr. Trump, I see the worst and ugliest iteration of views I expressed for the better part of a decade.” He labeled Trump “a racial arsonist who encourages bigotry and xenophobia to rouse his base and advance his electoral prospects.” One can fairly wonder what Walsh saw Trump do or say as president that was so unthinkable or unimaginable when he was a candidate in 2016.

As a talk-radio host since leaving Congress, Walsh has offered his own share of heated remarks, including a Tweet declaring, “This is now war. Watch out Obama. Watch out black lives matter punks. Real America is coming after you”; a threat to “grab a musket” if Trump lost the presidential election; and a declaration that “I think Obama is a Muslim” in December 2016. Walsh wrote in the Times op-ed that Trump’s rhetoric as president “caused me to change my tone and to reflect upon where I went over the line and to focus on policy differences moving forward.”

These are the potential options for Trump-weary conservatives: a pro-choice former governor who last served in government in 1997 and who was a registered Libertarian three years ago; a former congressman with his own history of scandal and odd behavior who alienated enough GOP constituents to lose his primary; and another former one-term congressman who is denouncing the sort of incendiary rhetoric he himself was using a few years ago.

The 2020 general election is likely to pit Trump against Joe Biden, who represents the Obama administration that so many conservatives loathed, or perhaps an even worse candidate who advocates the end of immigration enforcement, taxpayer-funded health care and education for anyone who can make it to our shores, banning all private insurance, enacting a Green New Deal that would require upgrading every building in America, banning guns and enacting mandatory buybacks, adding more justices to the Supreme Court, the repeal of the Trump tax cuts, and overt socialism.

Pick your poison, anti-Trump conservatives: change, or more of the same. 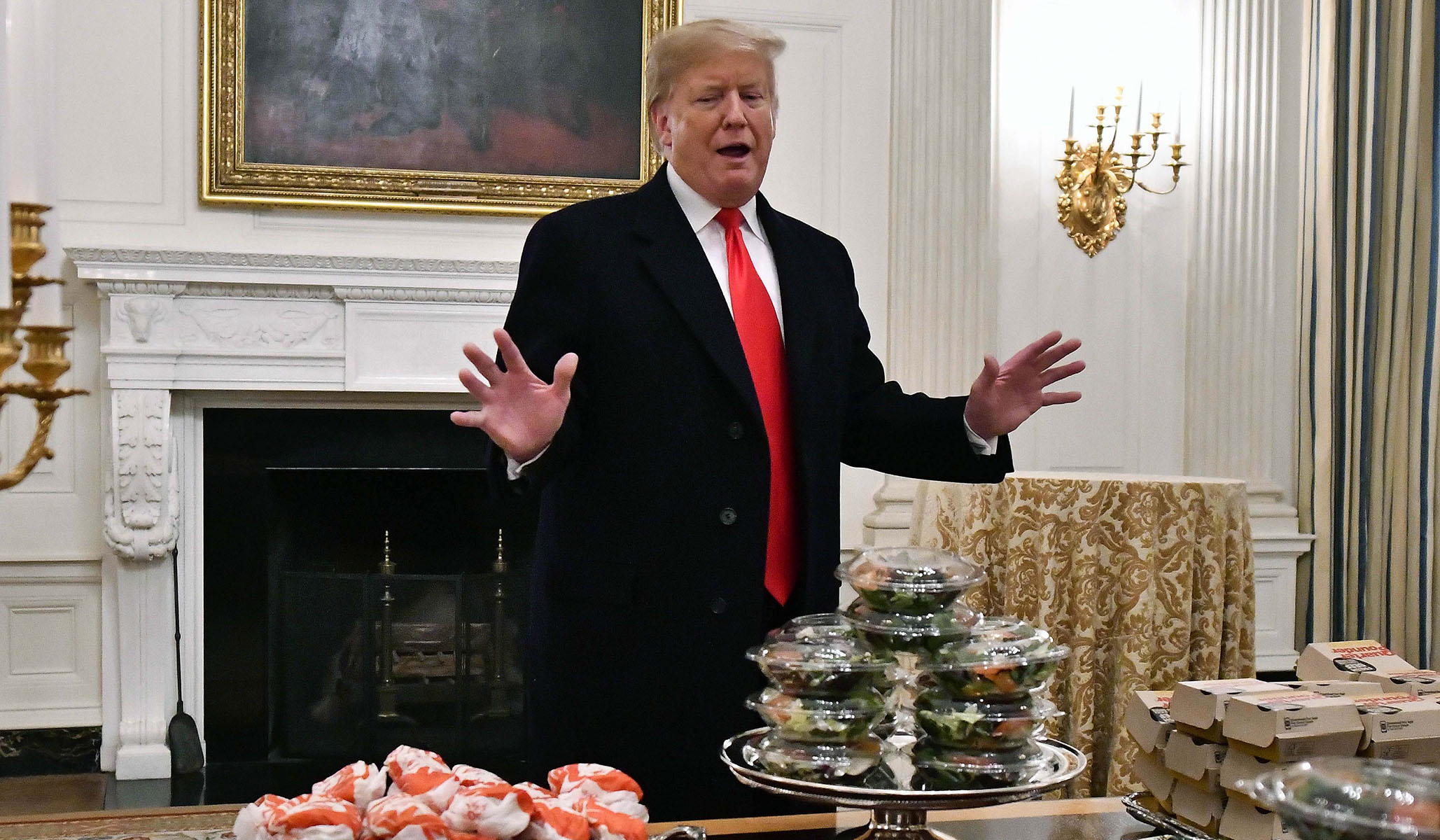