The great Genoese explorer was not a perfect man, but his legacy has been unfairly tarnished by his revisionist critics.

‛Let those who are fond of blaming and finding fault, while they sit safely at home, ask, ‘Why did you not do thus and so?’” wrote Christopher Columbus in his Lettera Rarissima. “I wish they were on this voyage; I well believe that another voyage of a different kind awaits them, or our faith is naught.” The award-winning historian Samuel Eliot Morison, in his book The Great Explorers, translates Columbus’s parting shot into modern parlance: “In other words, to hell with them!”

“To hell with them,” indeed, who “sit safely at home” more than 500 years since Columbus’s voyage, casting aspersions on his legacy. With no education beyond years of private study of Marco Polo’s cartographic tomes, the great Genoese explorer set sail for the New World, to which he would bring a devout Catholic faith and respect, if checkered in its breadth, for those encountered in the Indies.

Columbus was not, as is well-known to the ungrateful modern-day legatees of his conquest, a perfect man. A famous example of his errant moral judgment was the exploitation of Native labor he sanctioned in Santo Domingo. It was markedly aberrant behavior from Columbus, who took well-noted pains to treat the Native peoples with basic dignity even as many of his contemporaries couldn’t be bothered. It also tends to be presented by Columbus’s critics shorn of its context: It was an ill-considered political concession he granted to La Isabela’s alcade mayor, Francisco Roldán, who had staged a revolt against the rule of Columbus’s brother, Bartholomew, whom he’d left in charge of Hispaniola upon returning to Spain from his second voyage to the New World. Roldán, having established a competing regime on the western side of island, used his newfound leverage to force Columbus to permit the exploitative labor practices upon the latter’s return.

The insubordinate Roldán would later be pardoned by Columbus’s successor as governor of the West Indies and foremost political adversary, Francisco de Bobadilla, whose salacious and uncorroborated allegations against Columbus would create the corpus of the modern revisionist’s attack on the explorer’s character.

Columbus, in spite of his many faults, was a man of character. His devout Catholicism informed his treatment of his fellow sailors, whom he enjoined in shipwide prayer every half-hour on the long journey from Spain to the New World. Even Bartolomé de las Casas, the “Defender and Apostle to the Indians” whose lurid, if hyperbolic, treatises on the treatment of Native peoples made him famous, spoke favorably of Columbus and his treatment of indigenous people. Columbus famously adopted a Native American boy and urged his fellow voyagers to exercise restraint and mercy toward the Natives, even, for instance, after they had burned down an entire Spanish settlement and killed all of the Spaniards in the area.

Such complexities — of warring tribes, alien cultures, and internecine Spanish disputes — were part of the reality that Columbus had to navigate. The commentator Michael Knowles aptly notes that Columbus may well have been the first man in history to engage in substantive diplomacy. Columbus himself described the harshness of life in the New World:

They judge me over there as they would a Governor who had gone to Sicily, or to a city or town placed under regular government, and where the laws can be observed in their entirety without fear of ruining everything; and I am greatly injured thereby. I ought to be judged as a Captain who went from Spain to the Indies to conquer a numerous and warlike people, whose customs and religion are very contrary to ours; who live in rocks and mountains, without fixed settlements, and not like ourselves; and where, by the divine will, I have placed under the dominion of the King and Queen, our sovereigns, another world, through which Spain, which was reckoned a poor country, has become the richest.

Contrary to the simplistic picture painted by academics, the indigenous cultures Columbus encountered were as assorted as those of any other peoples in history. While it might be true that some such cultures fit the nomadic, tranquil image pushed by the revisionists, not even close to all of them did. Which leads to an inevitable follow-up to those who would eliminate Columbus Day in favor of “Indigenous People’s Day”: Which “indigenous people” do you have in mind? Is it the Kalinago people, who ate roasted human flesh, with a particular affinity for the remains of babies and fetuses? Is it the Aztecs, who killed an estimated 84,000 people in four days in their consecration of the Great Pyramid of Tenochtitlan?

Columbus has become an ethnic symbol for Italian Americans, and likewise is an icon to many Catholics, who admire his devotion to and propagation of the faith. Indeed, faith was at the center of Columbus’s life and mission. He was a practical millenarian, supposing, per the anthropologist Carol Delaney, that his voyage would play a key role in facilitating Christ’s return and eventual seat on the throne in Jerusalem. When bound and captured on account of de Bobadilla’s smears, which he spent a lifetime refuting, he approached the Spanish crown in a habit traditionally worn by friars as an act of penance for his pride. His dying words, on the Feast of the Ascension, were: “In manus tuas, Domine, commendo spiritum meum.” (Into your hands, O Lord, I commend my spirit).

As Morison pointed out, Columbus “had his flaws and his defects, but they were largely the defects of the qualities that made him great — his indomitable will, his superb faith in God and in his own mission.” That will and faith make him a man worthy of this, the day on which we honor him. 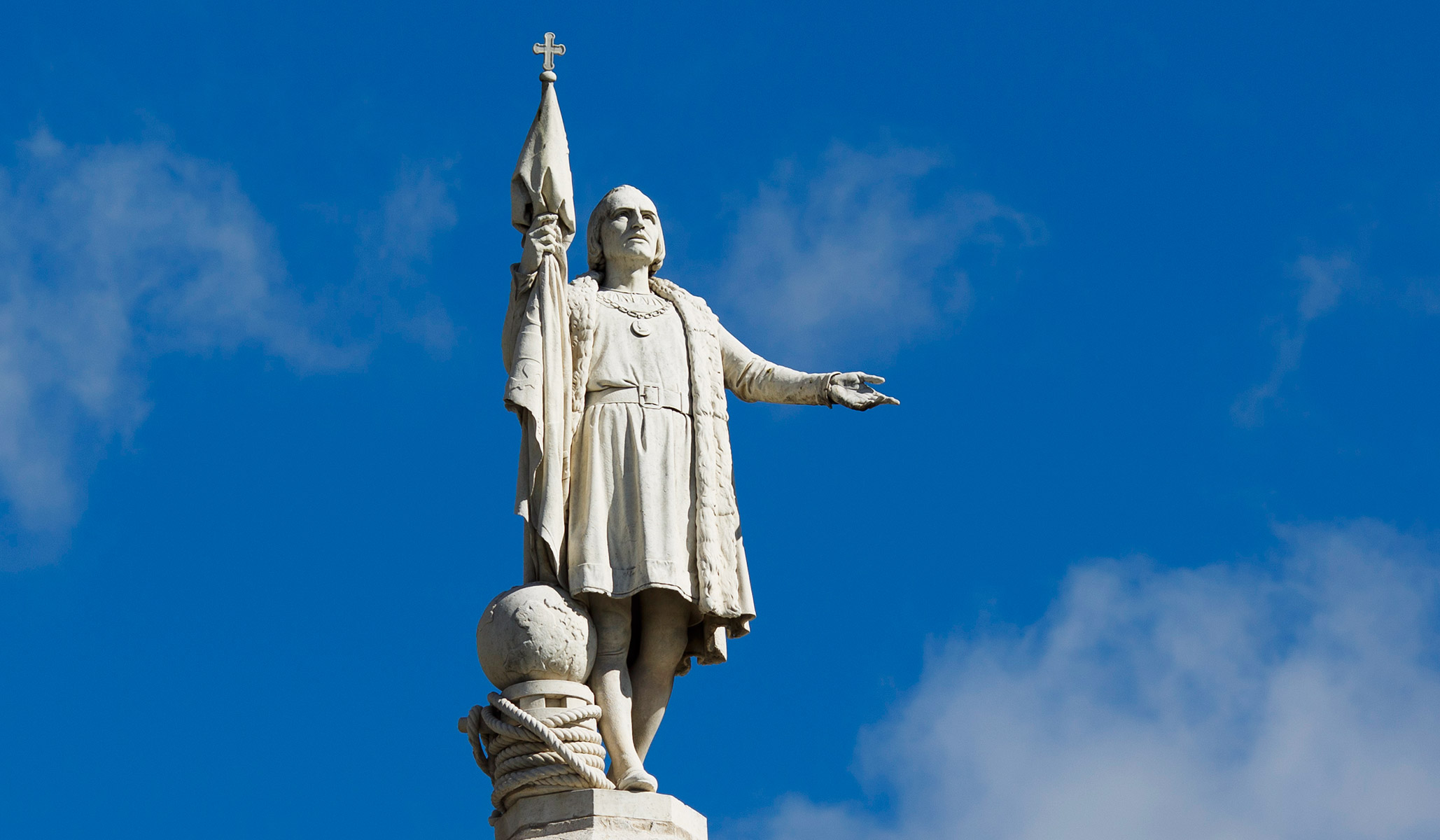