Throughout his career, he has repeatedly shown blatant disrespect for individual rights and civil liberties.

While discussing the Texas church shooting last week, Democratic presidential candidate Mike Bloomberg said that we “just do not want the average citizen carrying a gun in a crowded place.”

“It may be true — I wasn’t there; I don’t know the facts — that somebody in the congregation had their own gun and killed the person who murdered two other people, but it’s the job of law enforcement to have guns and to decide when to shoot,” Bloomberg said in Montgomery, Ala., on December 30, as reported by Conservative Review. “You just do not want the average citizen carrying a gun in a crowded place.”

Bloomberg is, of course, correct. Although the shooting at the West Freeway Church of Christ in White Settlement tragically took two lives, it could have been much worse had an armed, trained volunteer security guard not been there to shoot the gunman dead before he could do even greater damage.

This incident was about as clear an example as you could get for how maintaining our Second Amendment rights can save lives — and, therefore, it might seem like a pretty odd thing to reference when you’re arguing against gun rights. The Second Amendment, after all, worked in this case; people are alive because of it, and Bloomberg is going to say that he wished the situation had been different?

It’s truly shocking in terms of stupidity — but it’s also par for the Michael Bloomberg course. It’s hardly surprising for Bloomberg to have expressed such an unyielding stance on gun rights; he’s been doing so for years.

What’s more, the right to self-defense is far from the only individual right that Bloomberg has a history of disrespecting. In fact, despite the fact that he’s somehow managed to brand himself as a moderate choice, Michael Bloomberg’s record is actually that of an authoritarian nightmare.

Throughout his career, Bloomberg has repeatedly shown blatant disrespect for individual rights and civil liberties. The first thing that comes to mind is probably the way he tried to micromanage New Yorkers’ food choices during his time as mayor. His most famous effort in this area, of course, was his failed attempt to protect us from drinking too much soda — but it wasn’t the only one. During his time as mayor, he also launched a campaign called the “National Salt Reduction Initiative,” reportedly even going so far as to compare the common ingredient to “asbestos.”

Bloomberg also has a pretty dismal record when it comes to allowing Americans the freedom to make their own decisions about marijuana use. In fact, according to CNN’s DJ Judd, Bloomberg referred just last year to marijuana legalization as “perhaps the stupidest thing we’ve ever done.” Now, to be fair, Bloomberg has (only) recently “evolved” on this issue: Last month, a campaign spokesman said that Bloomberg now “believes in decriminalization and doesn’t believe the federal government should interfere with states that have already legalized” and that “no one should have their life ruined by getting arrested for possession.” But this is, quite simply, too little too late. The conversation, after all, has progressed — with one of Bloomberg’s primary opponents, Pete Buttigieg, openly professing a truly pro-freedom, pro-individual rights stance: Decriminalize them all.

What’s more, I actually find it astounding that Bloomberg’s campaign spokesman would even have the balls to complain about people having their lives “ruined by getting arrested for possession.” Bloomberg was, after all, a long-standing supporter of “stop and frisk” — which directly led to thousands of people being arrested for marijuana possession — and he remained one even as the truly totalitarian impacts of the policy were being reported. In fact, at the beginning of last year, he was still defending it. Of course, much like his stance on marijuana, his position on this issue has also conveniently “evolved” with his pursuit of the presidency; he apologized for the practice a couple of months ago.

This is also, frankly, too little too late. For one thing, you’d have to be pretty stupid not to notice how his stances on these issues have conveniently just happened to “change” just in time for his presidential run. What’s more, his “apology” does nothing to change the damage that stop-and-frisk has already done: People who got roughed up by police for no reason still live with that trauma, and people who were arrested for victimless crimes still had to live with those consequences.

Worse, Bloomberg’s support of stop-and-frisk isn’t the only example of him demonstrating a complete disregard for the Fourth Amendment. No — he’s also supported the secret surveillance of U.S. citizens. Under his mayorship, the NYPD was secretly spying on Muslim Americans, and Bloomberg defended it as being necessary to “keep this country safe.” The truth? The NYPD has since admitted that the program did not lead to discovering even a single terrorism plot. For this one, Bloomberg has yet to apologize.

With several members of the Democratic party (including multiple Democratic candidates) openly promoting socialist policies, a businessman like Bloomberg might seem like a nice choice. But as bad as a socialist president would be for the country (and it would be bad), I can’t say that I see an established authoritarian as a great choice, either — our individual rights and civil liberties are too important. 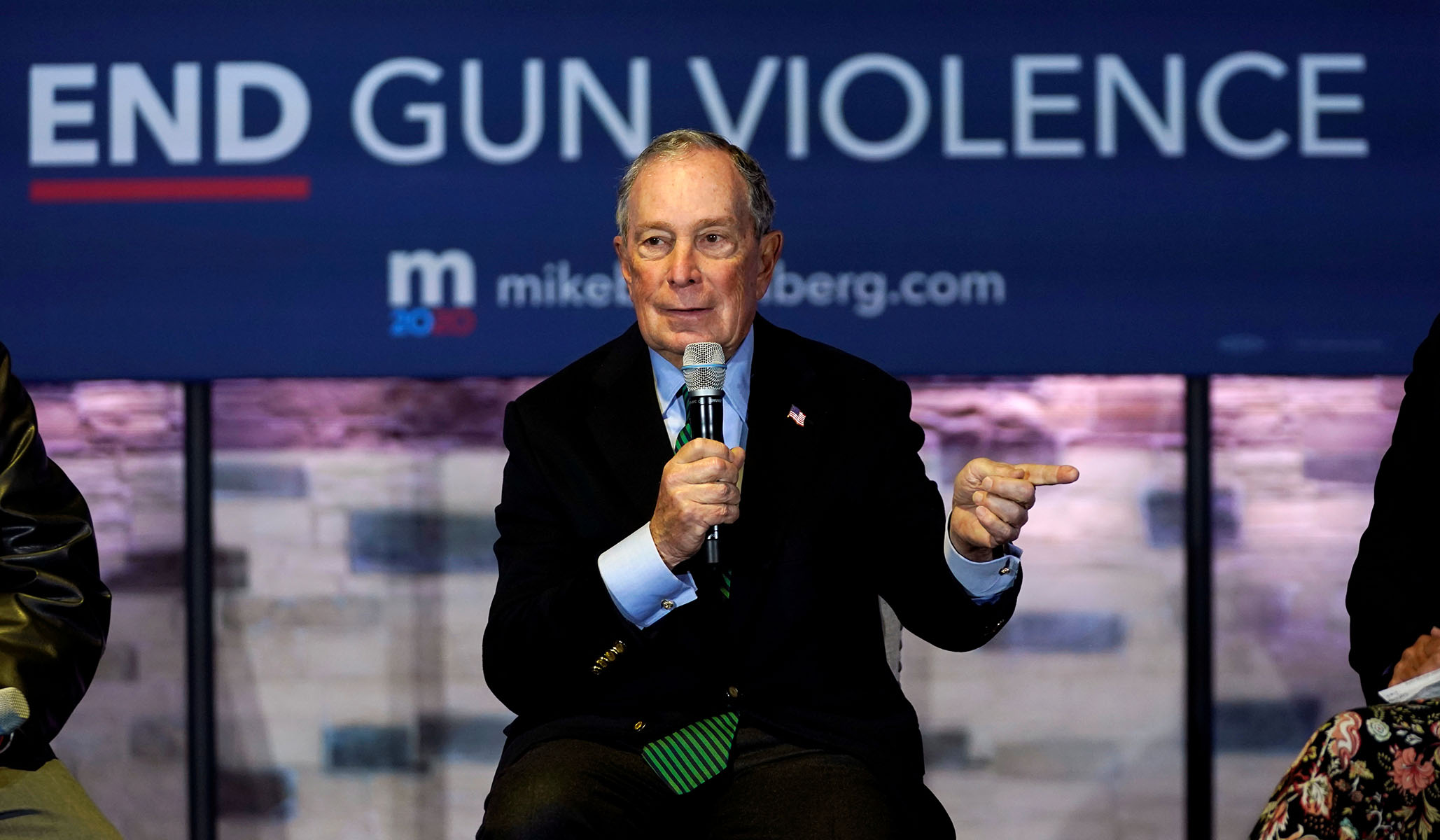