Senate Republicans aren’t making their best case on witnesses either.

The fate of the republic, we are now supposed to believe, hinges on whether there are witnesses at a Senate impeachment trial.

Upon the long-anticipated transmittal of the articles of impeachment to the Senate, House Judiciary Chairman Jerry Nadler said if the upper chamber doesn’t obtain the witnesses and documents the House impeachment managers want, it is engaged “in an unconstitutional and disgusting cover-up,” indeed would be participating “in the president’s crimes.”

It’s not clear what constitutional provision mandates that the Senate do whatever House managers say, nor what alleged crimes President Donald Trump committed, but let’s put that aside and chalk up the chairman’s rhetoric to an excess of sorrow and prayerfulness.

This is a cockamamie demand that is of a piece with the House’s attitude to the Senate’s proceedings: We are going to rush the impeachment, but don’t dare rush the trial. We are going to impeach without key witnesses and documents, but if you hold a trial without key witnesses and documents, you are engaged in malfeasance. We didn’t want to deal with knotty questions of privilege and potential litigation arising from them; you are obliged to.

The time that Speaker Nancy Pelosi wanted to devote to impeaching Trump over Ukraine fell short of the time it would take to thoroughly investigate Ukraine, so impeachment took precedence, and the investigation gave way. The House scored some meaningful witnesses, but in a more deliberate process, it would have kept working its way up the food chain of Trump officials and digging into Rudy Giuliani’s skullduggery.

Since there wasn’t time to do this before a pre-Christmas impeachment, the House didn’t try. It failed to subpoena John Bolton, whose testimony is now said to be absolutely central to the integrity of a Senate trial.

The new, disturbing Lev Parnas documents are a boon to the Democrats. But the House impeached about a month before getting them. Indeed, if Pelosi hadn’t delayed transmitting the articles in a futile attempt to pressure Mitch McConnell, the Senate trial could conceivably have ended before the release of the documents. Pelosi’s defenders say this is a vindication of her stall, but it’s more of an indictment of her rush to impeach.

Even now, the documents raise questions that would be natural to answer in an impeachment inquiry — if the inquiry hadn’t already ended.

If the House hasn’t managed to keep its story straight over the past month, Senate Republicans aren’t making their best case on witnesses either. Their most compelling argument would be that we already know the broad outlines of what Trump has done, so more fact-finding is unnecessary, and the Senate only has to decide the threshold question of whether his conduct rises to the level of removal. But if Republicans maintain Trump didn’t engage in any misconduct, it raises the natural question why Bolton and others shouldn’t come testify and put to rest the allegations against him.

The fact of the matter is that this is a most political impeachment because it’s happening in the run-up to an election. Pelosi wanted to rush impeachment, in part, to get it over with as soon as possible for her vulnerable members. Meanwhile, McConnell and Senate Minority Leader Chuck Schumer will be engaging in a political joust, with McConnell trying to hold together and protect his caucus and Schumer trying to split it and force awkward votes. Whether there are witnesses will depend on the contours of this contest.

Either way, the republic will survive. 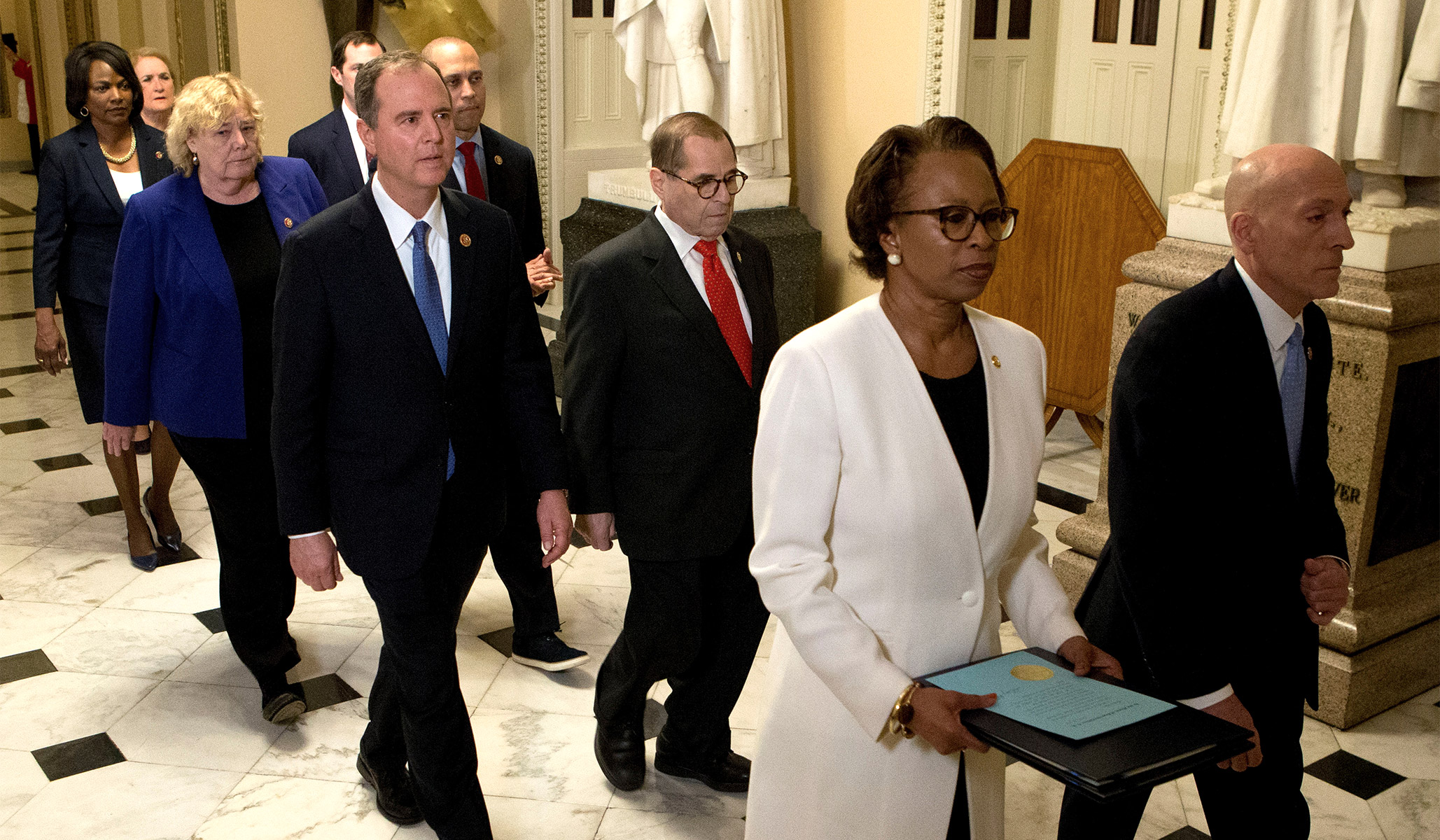