Don’t trust pundits who propound the same answer for every problem.

For Bernie Sanders and Alexandria Ocasio-Cortez and other comrades in the socialist vanguard of the Democratic Party, the coronavirus epidemic proves that the world needs socialism. For admirers of Western European universal health-care systems, the outbreak proves the need for the United States to build a Western European universal health-care system. (Like Italy’s?) For Joe Biden, the plague proves that the world needs Joe Biden. It is pretty easy to imagine Joe Biden demanding “More cowbell!” but that is what every political opportunist is saying right now. Like climate change or that infinitely plastic thing known as “national security,” the coronavirus epidemic is a policy palimpsest that political entrepreneurs will be writing over forever, or at least until something more convenient comes along. We know how that story goes, because we have heard it so many times before: Al-Qaeda flies airplanes into a building and Arianna Huffington gets to tell you what kind of car to drive.

For the trade protectionists and anti-globalists, the coronavirus epidemic makes the case against free trade. There are anti-trade Buchananites on the right — one of them, a former professor in the nation’s 67th-best business school named Peter Navarro, is Donald Trump’s director of trade and manufacturing policy — and there are fellow travelers on the left, too. Consider the case of Farhad Manjoo, who argues in the New York Times that the shortage of face masks for medical staff exposes “a very American set of capitalist pathologies” stemming from “the rise and inevitable lure of low-cost overseas manufacturing.” Borrowing from Benjamin Franklin, he laments, “For want of a 75-cent face mask, the kingdom was lost.”

There are many problems with that line of analysis, beginning with the fact that notwithstanding the angst and wailing in Washington, the kingdom has not been lost. The United States is experiencing an epidemic for which it was ill-prepared, and our lack of preparation is going to impose a heavy cost. Manjoo sees in this “capitalist pathologies.” Perhaps. But most of the hospitals in the United States are operated by nonprofits or by government. Must we detect “nonprofit pathologies”? The federal government, the states, the counties, and the cities have health departments. Few if any of these made anything resembling adequate preparations. Neither have the national health-care systems of the United Kingdom or many European countries. (Canada once again reminds us that North America has one reasonably well-governed country.) To insist that these developments speak to deficiencies in capitalism is not quite right — unless you begin with “capitalist pathologies” and work your way back from there. It is easy to mistake rhetoric for analysis (writes the former rhetoric teacher), which is how election campaigns work, and much of what is written in the New York Times’ opinion pages is best understood as a collection of campaign documents.

So, what about those surgical masks?

The United States both produces and imports an enormous quantity of paper goods (it is the world’s largest importer of paper, its imports constituting 10.2 percent of the world’s total) and paper-related goods. Americans are employed in high-value paper-goods production, because it costs a great deal to employ American factory workers, and American workers have lots of choices. (As it happens, I have an office in a former paper-goods factory, which is today home to offices for everything from an advertising firm to a filmmaking company, a brewery, and a maker of high-end doggie treats — oh, the carnage!) Georgia-Pacific (that’s our friend Charles Koch) manufactures toilet paper in Choctaw County, Ala., and in Plattsburgh, N.Y.; it also makes composite panels and corrugated sheets in Texas (where it employs 2,250 people at a dozen plants), packaging and gypsum products in California, etc.

But most of the world’s medical face masks are made in the so-called People’s Republic of China and in Taiwan. Most, but not all: When the shortage and the Chinese firms’ inability to meet demand became apparent, other makers around the world began to step up production. One factory in France suddenly had a half-billion orders; like Amazon and many other companies with competencies that suddenly are in acute demand, it is hiring as fast as it can. Other mask-makers are increasing production, and other firms are getting into the mask-making business. Which is to say: Globalization is working, and markets are working. Capitalism works when you work it.

The question of critical goods and how they are traded during emergencies is a very old one. Most of the world’s major bilateral and multinational trade agreements specify exemptions for products that are deemed critical to national security or other pressing non-economic concerns; indeed, dealing with such questions is a big part of what we have to have such agreements in the first place instead of the one-sentence free-trade treaty: “There shall be free trade between x and y.” We might be comfortable allowing foreign firms far from Washington’s oversight to manufacture underwear for the Navy, but less trusting when it comes to, say, encryption equipment. (I would hope so: As it turns out, for many years the world’s leading supplier of cryptographic hardware was a front for a ruthless international espionage operation — ours.) Those 10,000-page trade deals that everybody hates are where those details get hashed out.

You will not be surprised to learn that these exceptions are cynically exploited. In 1975, the Swedes sought a special exemption from GATT for sneakers as a matter of national security, arguing that “decrease in domestic production has become a critical threat to the emergency planning of Sweden’s economic defense as an integral part of the country’s security policy. This policy necessitates the maintenance of a minimum domestic production capacity in vital industries. Such a capacity is indispensable in order to secure the provision of essential products necessary to meet basic needs in case of war or other emergency in international relations.” Marco Rubio has made roughly the same preposterous argument for restricting imports of sugar, which just happens to benefit an important constituency back home in Florida. Considering the Swedish sneaker gambit, the historical record coolly notes that many of Sweden’s trading partners “expressed doubts as to the justification of these measures under the General Agreement.” As they would.

There are risks to relying on overseas suppliers for surgical masks, or for any other good. There also are risks to not tapping overseas suppliers for surgical masks and for other critical goods. An earthquake in Utah can take a factory offline as quickly as a diktat from Beijing. Responsible organizations plan for disruptions in their operations; if they find themselves in the vulnerable position of being reliant upon a single provider for some mission-critical component, they find additional ones. The problem with the medical-mask market is not that U.S. firms buy them from Chinese sources but that they do not also buy them from other sources or have quickly executable plans to acquire them from other sources. International trade is not the problem — it is the solution.

The current shortages are less matters of trade than they are matters of the “just in time” model of inventory management and operations, which works very well — if things actually get done in time. The current shortages of everything from ventilators to toilet paper are forcing a reevaluation of the risks associated with low inventories. That’s a classic problem of mispricing risk: Businesses immediately realize the savings associated with reductions in the costs of building and operating large warehouses, but the tradeoffs are not given their due because the costs imposed by them are not immediate. Many of the people who say “We need to run the government like a business!” would not say that if they knew more about the way many American businesses are run. It is worth keeping in mind that Krispy Kreme went bankrupt selling doughnuts to Americans.

A more narrow and more difficult issue than that of international trade is that of trade with China, which groans under the corrupt misgovernment of a single-party gulag state. Trade with China is the right policy for the United States for both economic and national-security reasons: Trade leaves both countries better off in material terms, and the United States is better off with a middle-income China than with a poor and desperate China. While it is wrong to believe that liberal reform in China will come to pass inevitably as a result of its increasing prosperity and its limited economic reforms, almost none of what the United States wants from the U.S.–China relationship is easier to get from a poorer China. Even real problems in the economic relationship, the theft of intellectual property prominent among them, are more tractable to Washington when China has more to lose. The problem for the United States is that Washington is lazy and reliably reaches for the wrong weapon — tariffs — because our national leadership lacks the intellectual capacity and long-term political commitment to pursue our interests in an intelligent and productive way.

Our relationship with China has to be managed like our relationship with any other country. In the case of China, there are elevated risks that have to do with the nature of the country and with the nature of the Beijing regime, and we owe it to ourselves to be realistic and clear-eyed about what those are and how they can be most effectively mitigated.

But if you play the cowbell, then “More cowbell!” is what you want to hear. 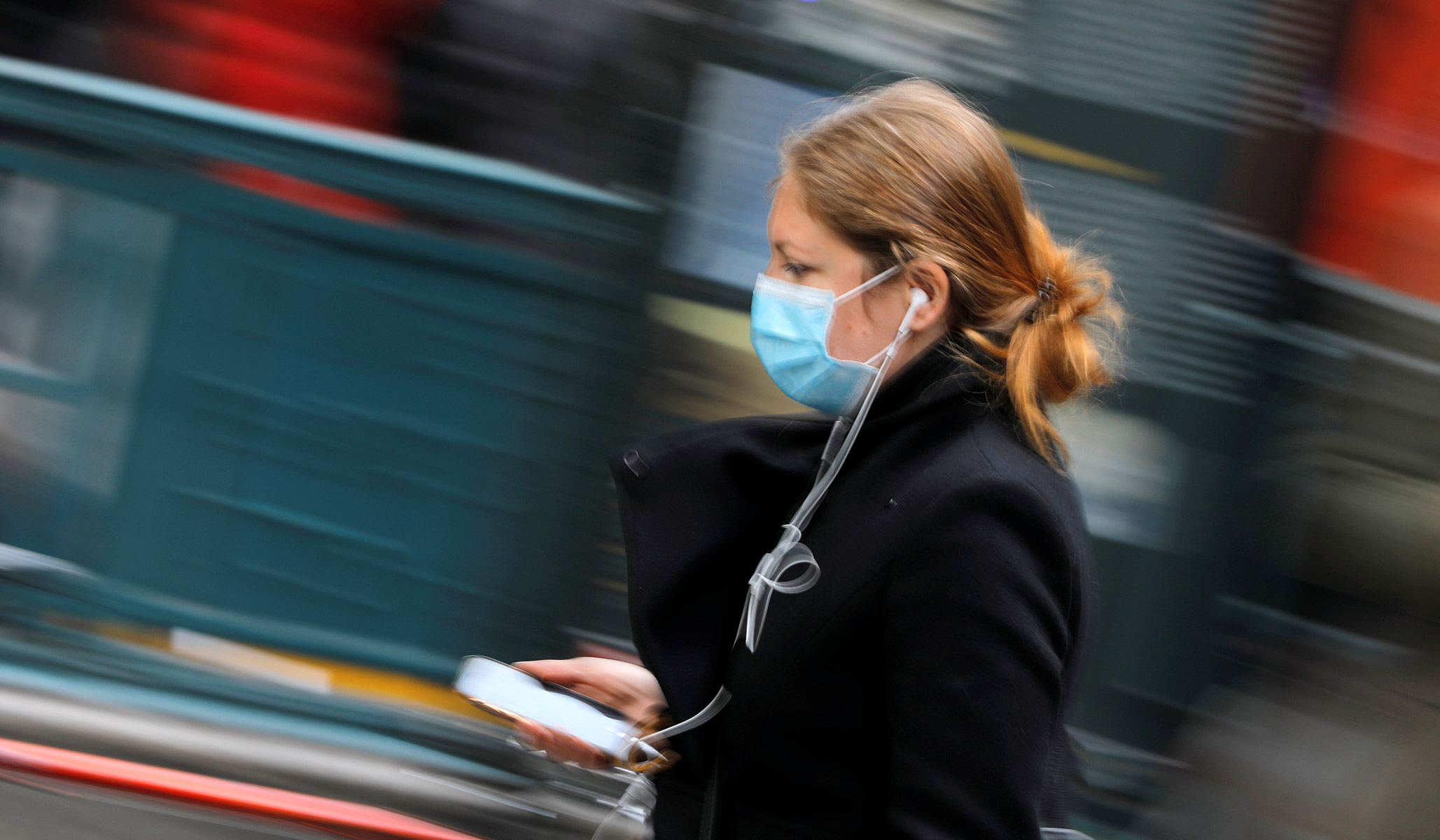