On Tuesday, Jo Rae Perkins won the Republican nomination for U.S. Senate in Oregon. The Oregon GOP says it will back her candidacy notwithstanding her associations with the “QAnon” movement. That’s a mistake. Perkins is an unreconstructed exponent of a batty and corrosive conspiracy theory running a longshot campaign that carries only political downside for Republicans. They should do what they can to distance themselves from her candidacy.

This isn’t a matter of the mainstream media smearing a Republican. Perkins touted the QAnon conspiracy in no uncertain terms until she won the primary. As Oregonians were voting on Tuesday, Perkins uploaded a video to Twitter in which she held up a sticker bearing a QAnon slogan and said, “I stand with Q and the team. Thank you Anons, and thank you patriots. And together, we can save our republic.” Her campaign removed the video, but she later told Oregon Public Broadcasting that she was “bummed” that a consultant “whose job it is to ‘protect’” her had taken the video down. Perkins also said in that interview that she had been following QAnon messages for years, and that the president has secretly signaled to QAnon followers in public appearances.

QAnon originated on an anonymous message board in late 2017 amid the uncertainty surrounding the Mueller investigation. A person calling himself “Q” and claiming to be a high-ranking official in the Trump administration began posting cryptic messages that weaved together numerology, close readings of Trump Twitter posts, and vague talk of a coming “storm.” It was said that Robert Mueller was secretly working with the president to conduct an investigation into a sinister cabal of cannibalistic pedophiles led by Democrats and elite business figures. It was predicted that martial law was imminent, and that Mueller would soon hand down indictments against Hillary Clinton. The theory took on a life of its own and attracted hundreds of thousands of adherents. It eventually crossed that fateful conspiracy-theory threshold past which absence of evidence for a claim becomes proof of a coverup.

QAnon is a story of exploitation, in which some digitally literate person (or group of people) strings along the gullible with a fanciful story, inviting them to work together to decode clues and discuss lore. It is also a story of radicalization, in which skepticism about the Mueller investigation or distrust of political institutions mutates into a fantasy world where the American elite is full of Jeffrey Epsteins. We don’t know whether Perkins is a cynic or a true believer, but whatever the case, she should be shunned and repudiated.

Conspiracy theories are not limited to one side of the aisle. But QAnon indulges old pathologies that the Right has over the years struggled to beat back. Obviously, the president, who has been too friendly toward QAnon proponents and himself is inclined to conspiracy theories, isn’t going to police these boundaries (or honor them himself). But Oregon’s state party can reverse course and decline to put resources into Perkins’s campaign. Republican officeholders in the state can distance themselves from her candidacy. The National Republican Senatorial Committee was never going to spend money in Oregon, but it, too, can speak forthrightly about Perkins’s lunacy.

Continuing to associate with Jo Rae Perkins would be a political error and more importantly a moral error — and an entirely avoidable one. 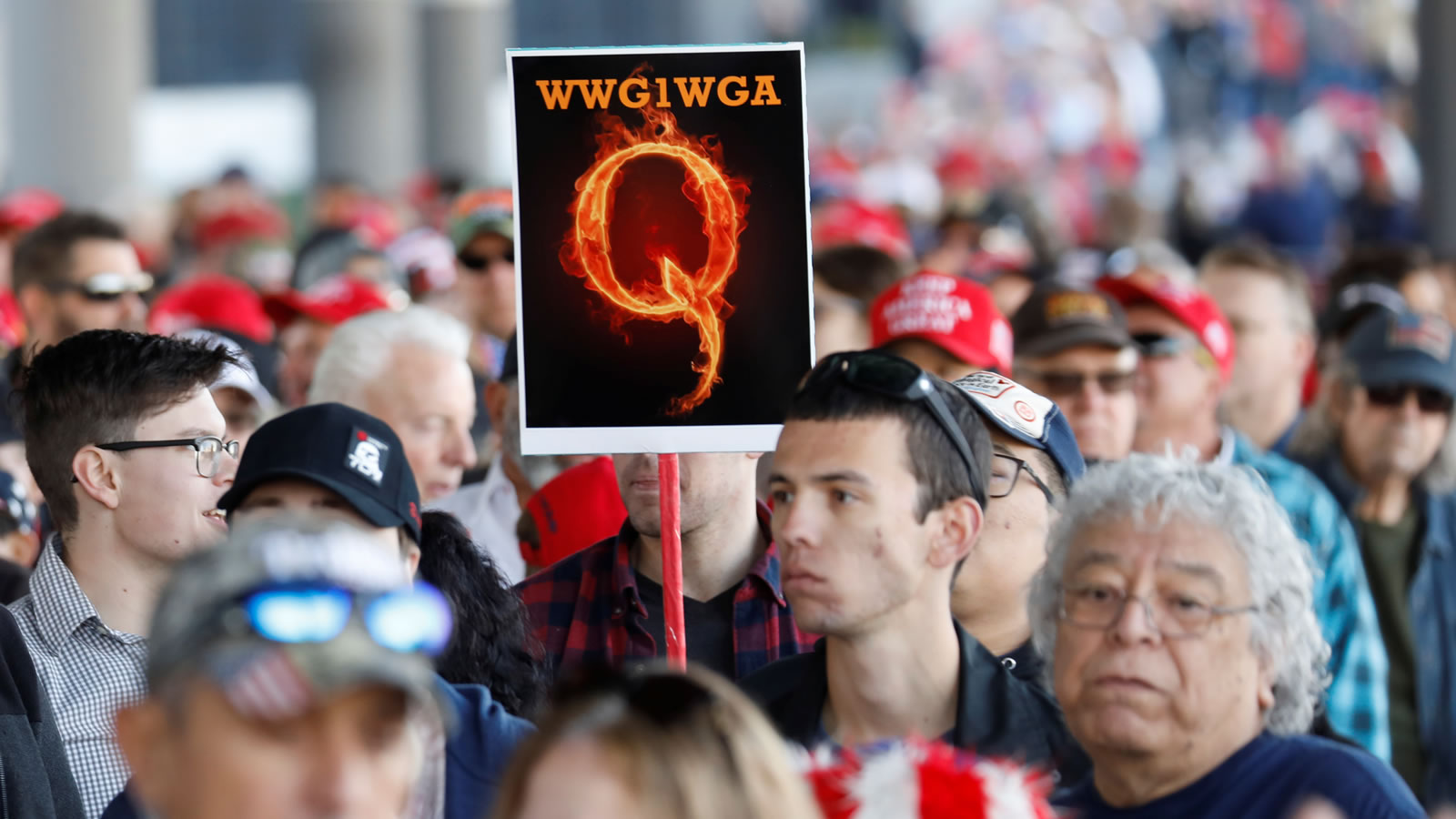