Perhaps in this time of plague, Americans can at least agree that the romance of Arcadia is suddenly preferable to the allure of big-city lights.

Red- and blue-state America was already divided before the coronavirus epidemic hit. Globalization had enriched the East Coast and West Coast corridors but hollowed out much in between.

The traditional values of small towns and rural counties were increasingly at odds with postmodern lifestyles in the cities.

There were, of course, traditionalists in blue states. And lots of progressives live in red states. But people increasingly self-segregate to where they feel at home and where politics, jobs, and culture reflect their tastes.

The ensuing left/right, liberal/conservative, Democrat/Republican divide not only intensified in the 21st century, it also took on a dangerous geographical separatism.

The coasts vs. the interior reflects two Americas — often in a manner similar to the old Mason–Dixon line that geographically split the U.S. for roughly a century.

Liberals scoff at the deplorables and irredeemables for embracing an ossified, unchanging 18th-century Constitution. The red-staters supposedly cling to their weird, dangerous habits such as owning guns and opposing abortion, while adhering to paleolithic ideas of small government, secure borders, and don’t-tread-on-me individualism.

Blue-staters are confident that progressive citizens of the world like themselves are where the global action, money, and future lie. And who could doubt the success of Silicon Valley’s wealthy tech companies, Wall Street’s investment giants, or internationally respected universities such as Harvard, MIT, Caltech, and Stanford?

Progressives believe the story of America has most often been one of discrimination, original sin, and a need for constant repentance and reparations for a flawed past.

Conservatives feel just the opposite — that one does not have to perfect to be good, and that America is far better than anywhere else.

Red-staters contend that many blue states are broke and need bailouts to ensure that their generous pensions and entitlements don’t wither away into insolvency.

Cities are often seen by those in less densely populated areas as dirty, full of homeless people, dangerous, and ungovernable.

Red-staters also see failed statist ideas the world over. For them, China, the European Union, and much of Africa and Latin America are proof that democratic socialism is neither fair nor compassionate.

Conservatives welcome in immigrants, but only if they come legally, assimilate to U.S. values, and arrive in manageable numbers to be integrated.

When the virus hit, these divides intensified.

Elite professionals, state employees, and the wealthy residents of the coasts feel they can easily ride out a bad recession. They believe that even a miniscule chance of dying from the virus still makes it too risky to go out.

Yet in red states, there are many self-employed people and small-business owners who are always at risk on the margins. They believe they have great odds to beat the virus but not to beat a more deadly depression.

The 2020 election is the unspoken force multiplier of the divide. Blue-state politicians believe that if the lockdown continues, the country won’t recover before November. Donald Trump will then be blamed for the downturn. They hope for a replay of the 1932 election, with Trump as Depression-era Herbert Hoover vs. a progressive challenger with big promises of more programs and larger government.

Progressives also want more connectivity with the world abroad to beat the virus. They rely on elite researchers, statisticians, and epidemiologists to chart and predict the course of the epidemic.

Conservatives are convinced that entrepreneurs and individuals will better save us. Most elites, they believe, were wrong in their modeling, their predictions, and their advice about the contagion. Many conservatives think that the best and brightest had little practical experience, less common sense, and did not live in the real world.

Red-staters look at the lies of the Chinese, the enabling deceptions of the World Health Organization, and the initial failures of the Centers for Disease Control and Prevention. They conclude that transnational organizations are sometimes incompetent and corrupt, and that even our own bureaucracies are too unimaginative, sluggish, haughty, and territorial.

Is there any agreement between red-state and blue-state America?

Red-staters are not flocking to blue-state urban corridors, where the virus hit hardest. They are happy to live in less crowded places, rely on their own cars, have detached homes, and be free of government edicts that often make little sense other than to showcase the dictatorial powers of petty bureaucrats and local officials.

Even blue-staters are beginning to see their mass transit, high-rise living, and clogged streets more as incubators of disease than as the circulatory system of an exciting, high-end life.

Perhaps in this time of plague, Americans can at least agree that the romance of Arcadia is suddenly preferable to the allure of big-city lights. 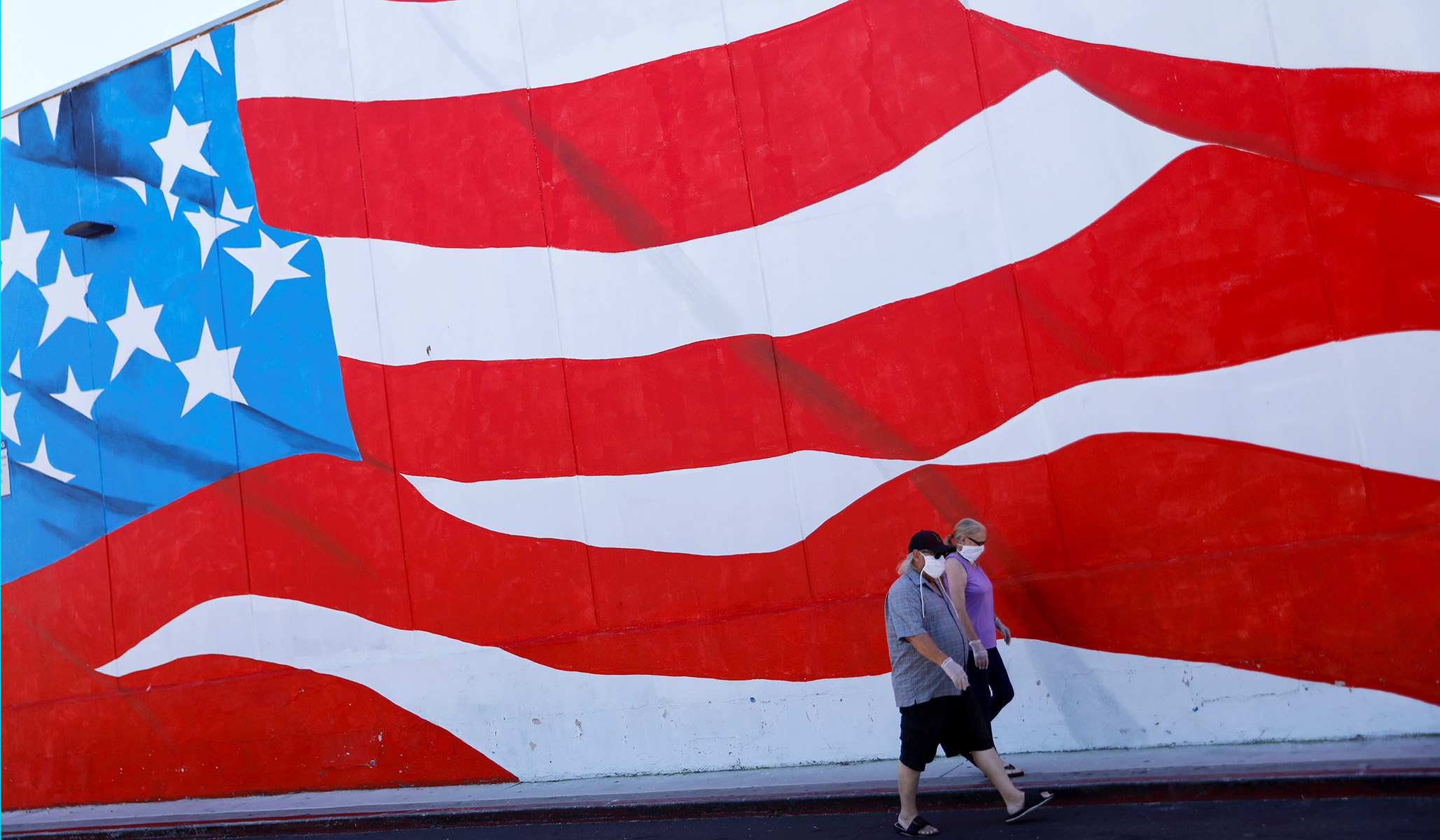