Twice, President Trump has told Fox News that Joe Biden sent him a letter of apology: a letter apologizing for earlier criticisms of the president’s handling of the pandemic. The Biden campaign flat denies that such a letter was ever written or sent.

So, someone’s lying. Trump can easily settle the matter — by producing the letter.

• Relations between Trump and Fox are a little rocky at the moment. Yesterday, the president tweeted, “.@FoxNews is no longer the same. We miss the great Roger Ailes. You have more anti-Trump people, by far, than ever before. Looking for a new outlet!”

• Back to the question of presidential lying — if that’s what it is. In early March, Trump toured the Centers for Disease Control in Atlanta. The great question, of course, was the coronavirus. After the tour, Trump said, “I like this stuff. I really get it. People are surprised that I understand it. Every one of these doctors said, ‘How do you know so much about this?’ Maybe I have a natural ability. Maybe I should have done that instead of running for president.”

A second question: Does it matter?

Last year, Trump said that ex-presidents told him they should have built a southwestern border wall. The ex-presidents denied it.

Were they lying? Was the incumbent president? Again, does it matter?

I have done a fair amount of reading, reporting, and writing over the last 25 years. I’m talking about political matters, for now, and especially presidential matters. Let me give you an impression, gleaned from this experience.

• Here is an article from The Atlantic, by Adrienne LaFrance. It is on the movement called “QAnon.” The movement holds the following: A “deep state,” led by prominent Democrats, includes a pedophile cult. President Trump and the U.S. military are engaged in a glorious shadow war against this cult. They can’t talk about it now but will later, when the pedophiles are defeated.

I have written about QAnon from time to time over the years. “Q” people pop up in various places, including the White House. For instance, a Q leader, Michael Lebron, had his picture taken with Trump in the Oval Office. Lebron is a radio personality and RT contributor. (RT is a Kremlin propaganda outlet.)

I did not want to read the article by Adrienne LaFrance, knowing it was long, sickening, and true. But the recent tactics of two Trump sons made me think I should. So I did. (Or rather, I skimmed the article, which is a little book, and as tough to take as you would expect.)

Here is an article by Jonathan Martin, in the New York Times. (JMart is a National Review alum.) The heading and subheading: “Donald Trump Jr. Smears Biden With Baseless Instagram Post: Signaling the increasingly dark tactics of the Trump campaign, the president’s oldest son falsely accused Mr. Biden of preying on children.”

Eric Trump, for his part, conducted a little poll on Twitter. He asked, “Would you trust Joe Biden to drive your child to school?” (This has now been deleted.)

If you’re like me, you want to avert your eyes from QAnon and all the rest. But civic responsibility probably says we shouldn’t.

• After President Trump fired the State Department IG, Senator Susan Collins (R., Maine) tweeted this: “I have long been a strong advocate for the Inspectors General. They are vital partners in Congress’s effort to identify inefficient or ineffective government programs and to root out fraud and other wrongdoing.”

Immediately, Collins was “dunked on” — condemned and mocked — by Twitterati. I got to thinking about her position.

You know what? If she said absolutely nothing, she would get dunked on by neither side. There are a lot of Silent Sams in the Senate. I’m talking about Republicans who take a very dim view of Trump and Trumpism, yet keep their trap shut. If Collins were one of these, she might be in a more comfortable position, politically.

Senator Mitt Romney (R., Utah) tweeted, “The firings of multiple Inspectors General is unprecedented; doing so without good cause chills the independence essential to their purpose. It is a threat to accountable democracy and a fissure in the constitutional balance of power.”

President Trump responded by tweeting, “LOSER!” Under that sole word was a montage showing news coverage of Romney’s loss in the 2012 presidential election and Trump’s victory in 2016. Okay. But does that truly answer Romney’s point? For millions, it will.

• I wonder whether you heard about Operation Gideon. For a report, go here. Many of us can’t help thinking of the Bay of Pigs. For almost 60 years now, the word “fiasco” has been attached to that operation. Now there has been another fiasco — on a much smaller scale, and not launched by the U.S. government.

Operation Gideon took place in Venezuela. It was launched by a group apparently headed by Jordan Goudreau, an ex–Green Beret who is now for hire. Gideon’s mission was to overthrow the Venezuelan dictatorship, led by Hugo Chávez’s successor, Nicolás Maduro.

There was an extensive report about Goudreau and his activates from the Associated Press on May 1. Operation Gideon was launched on May 3. Sixty men took off in two boats from Colombia. The men vomited all the way, and the boats nearly ran out of gas, according to Goudreau himself.

Venezuelan authorities quickly foiled the operation. Eight of the Gideon men were killed. Among the captured were two Americans, former Green Berets, recruited by Goudreau. Venezuelan TV showed them handcuffed, face down on the pavement. A fiasco, all the way around.

“They were playing Rambo,” said Maduro, issuing an insult that landed.

The Venezuelan people are in sore need of liberation. It will have to come another way. Operation Gideon seems to have been a reckless sacrifice of life.

• Well, wanna lighten up? I thought this was hilarious. (Warning: profanity.) Commentary on a college baseball game. Comic gold, IMO.

• On Twitter, I have been doing a little language thread. A reader tweeted, “Jay, I’m curious what you think of ‘normalcy’ (as used by so many recently who want to return to normality).”

As it happens, we have an anniversary — a centennial: Warren G. Harding popularized the word “normalcy” in the 1920 presidential campaign. He said that, after eight years of Wilson, after the World War and so much upheaval, we Americans needed “not nostrums, but normalcy.”

• Phyllis George has died. She was Miss America, a TV broadcaster, and other things. As for millions of other boys about my age, she was one of my first loves. Such warmth, such beauty. Phyllis George, forever.

• Richard Fenno has died. He was one of our foremost political scientists, an expert on Congress. He was a very big deal when I was in college. I learned from this obit — maybe I once knew and had forgotten it — that he was the father of the Washington Semester. I myself had a Washington Semester, via American University. A valuable, unforgettable experience.

• Jerry Stiller has died. He was the husband and comic partner of Anne Meara, who predeceased him. They were known as “Stiller and Meara.” One night, I was having dinner with Howard Kissel, the late, great critic of the New York Daily News. On their way out of the restaurant, Stiller & Meara came by to say hello to Howard. They were amazingly warm and personable. Jerry kept on talking, with Anne saying, “Leave ’em alone, come on.”

• Can I leave you with some pictures? All spring-like? Okay. 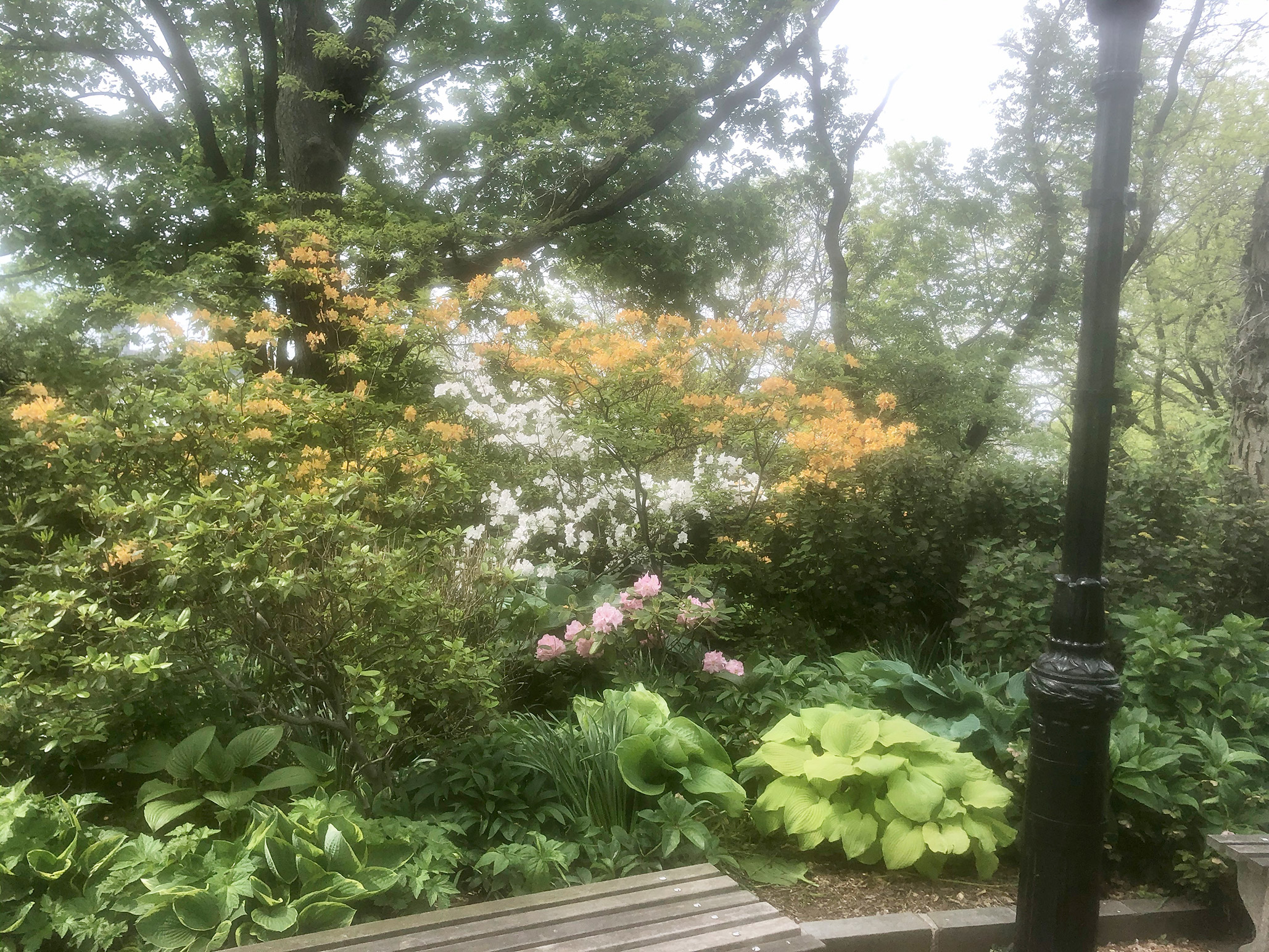 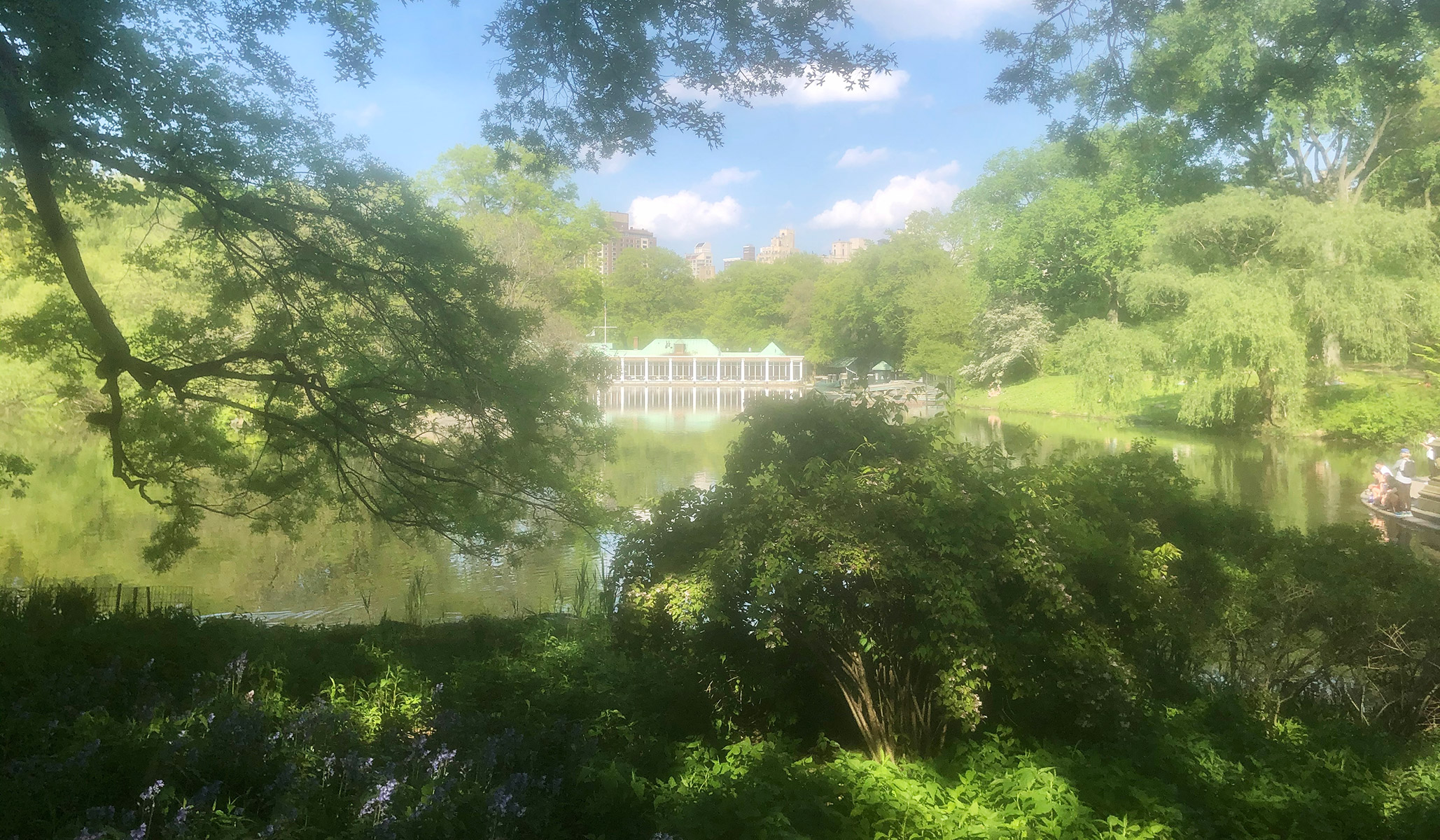 A tribute to Molly Ringwald – pretty in you-know-what: 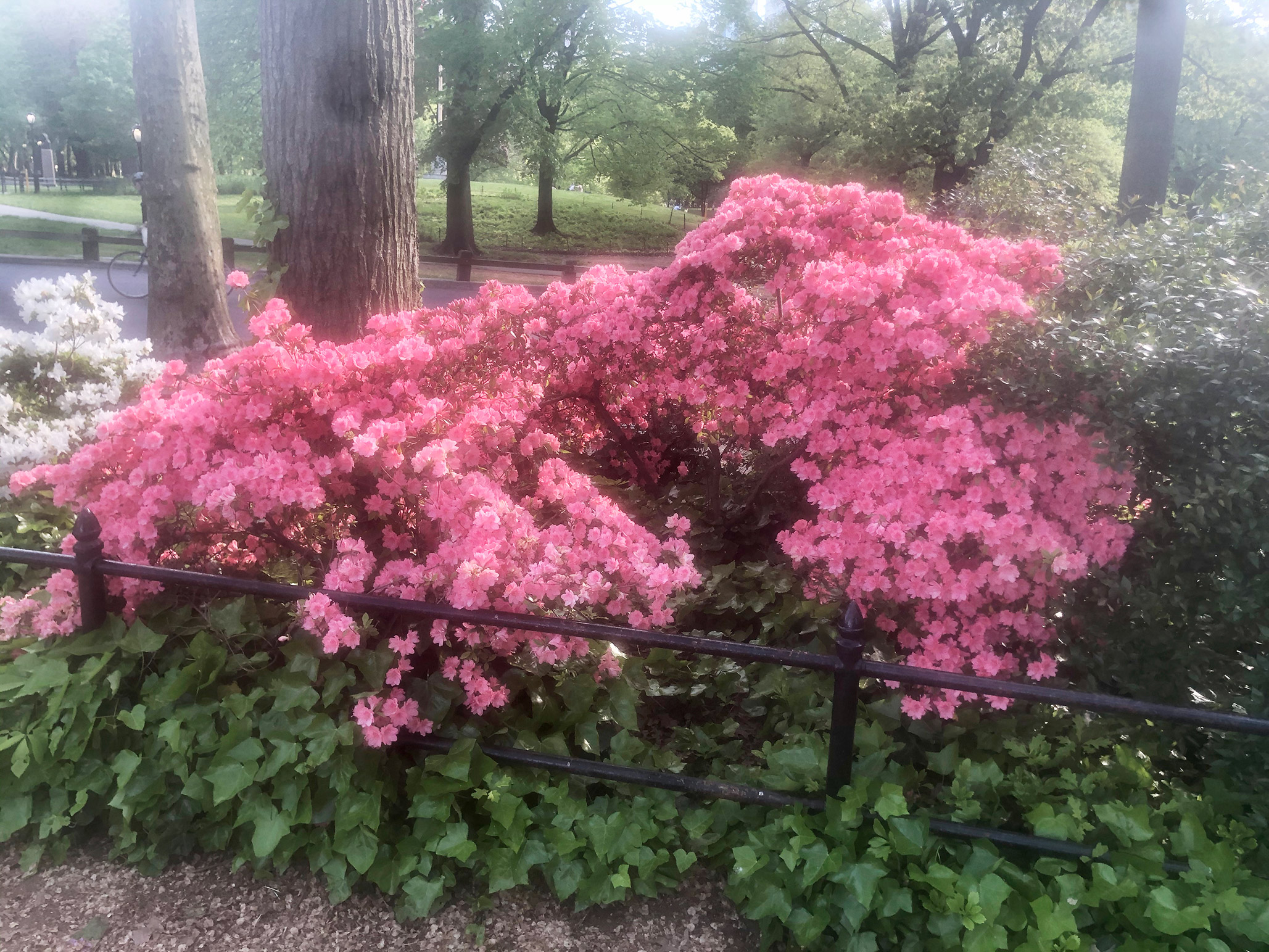 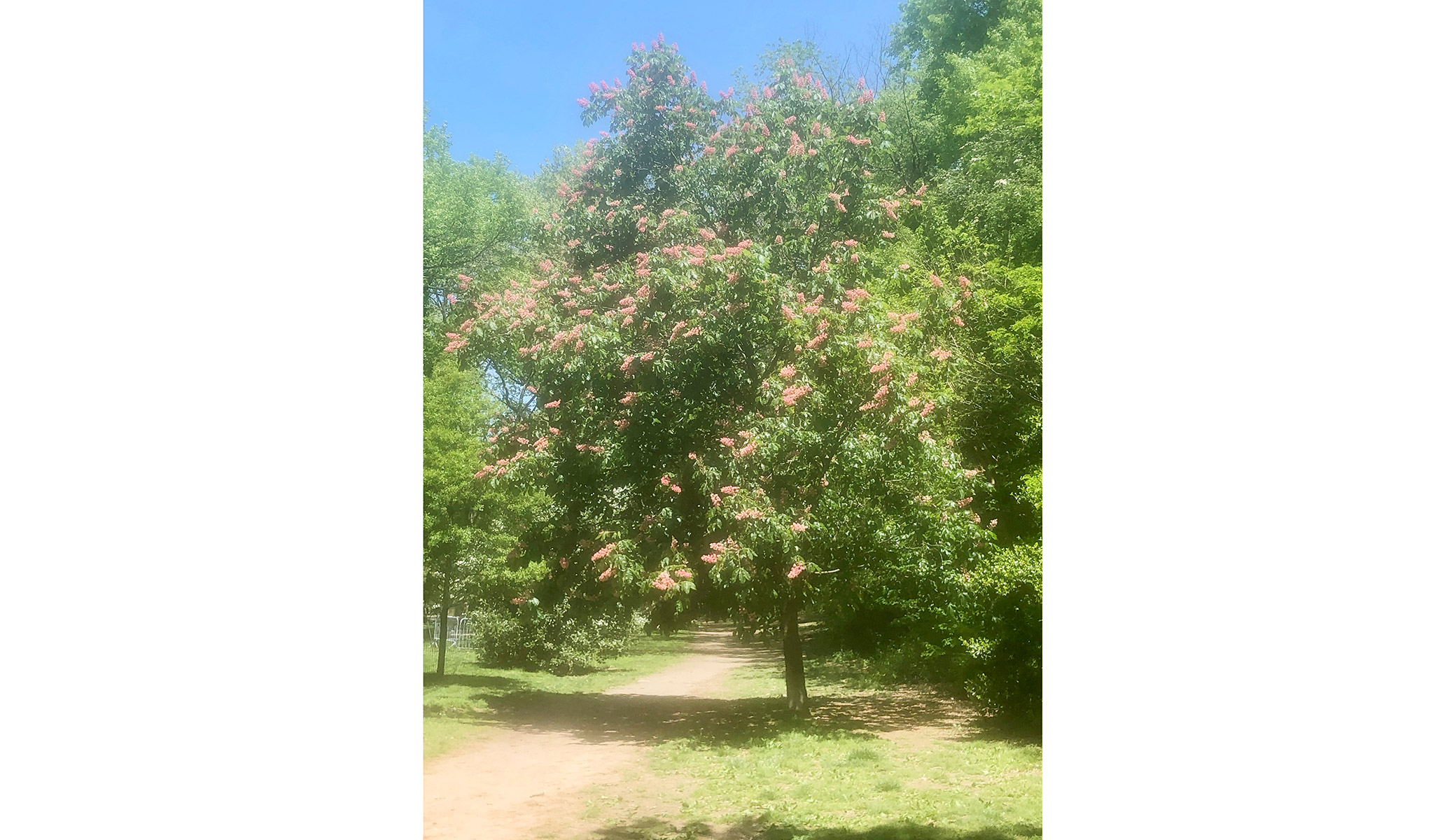 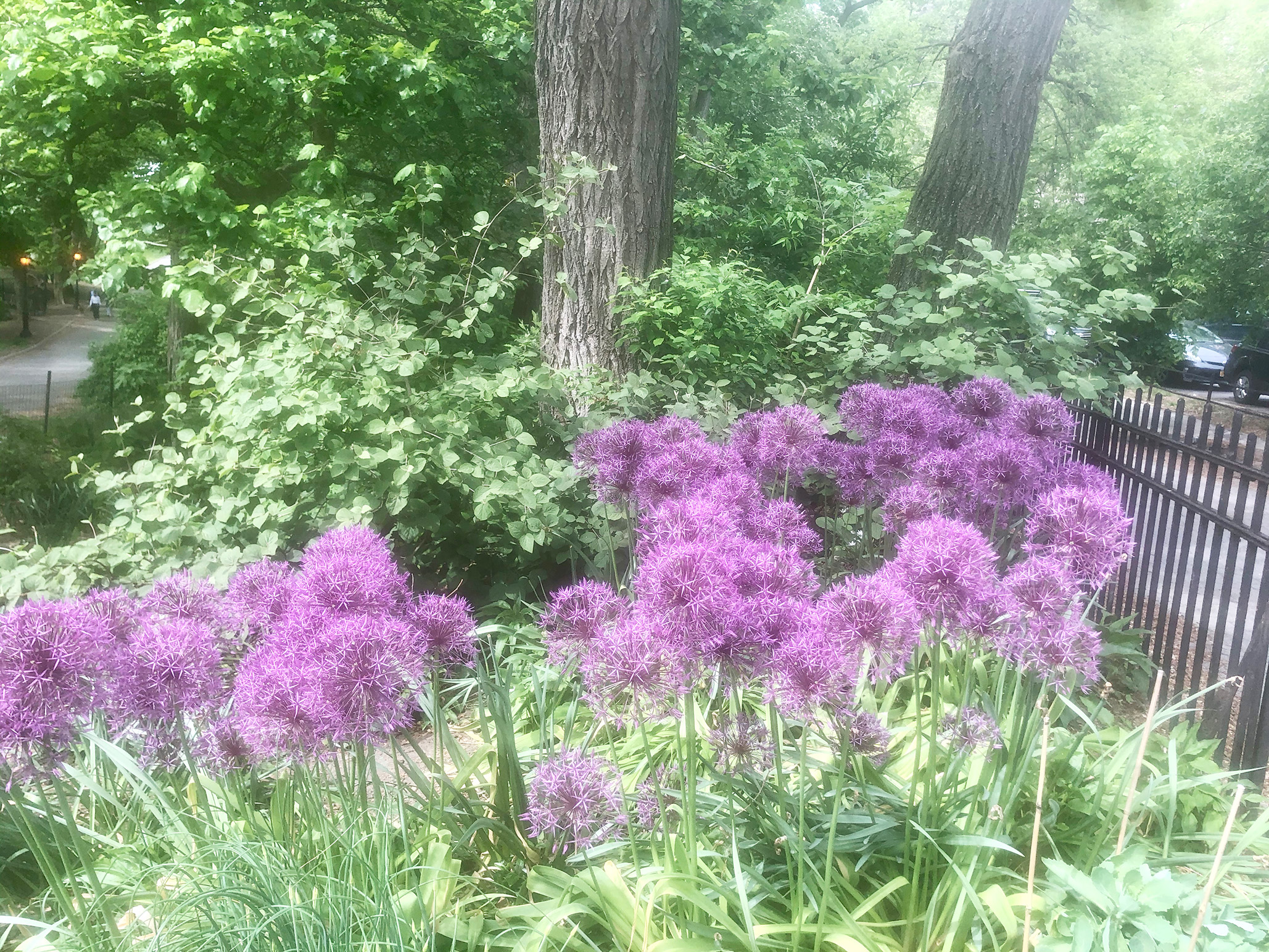 A sweet tree, pleased to be dressed in her finest: 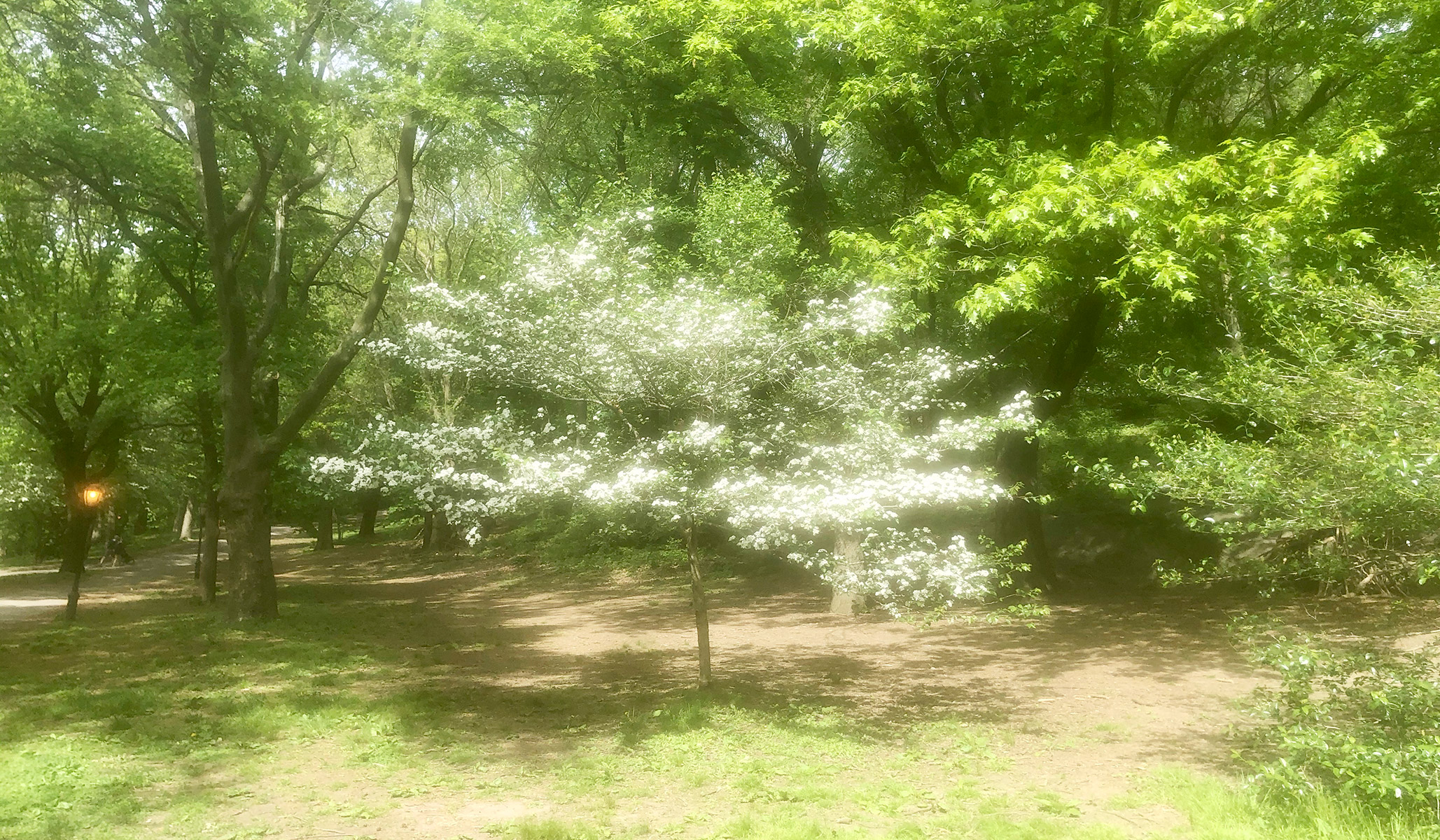 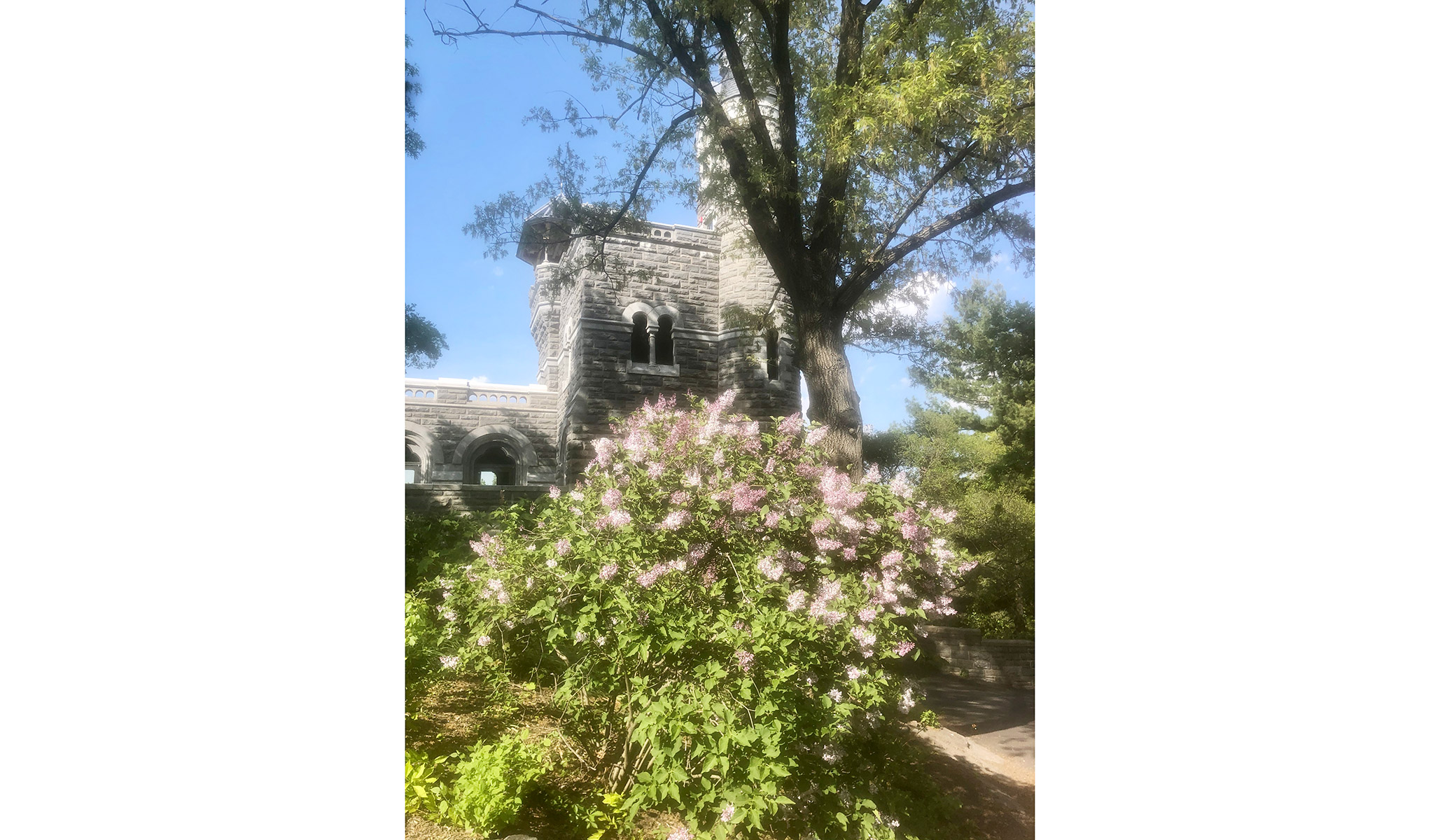 Thanks for joining me, my friends, and see you later.

Why Is Andrew Cuomo Still Governor of New York?

Cuomo is a mean-spirited bully with a flagrant disregard for the rule of law, ruthless in defense of his own interests. New Yorkers deserve better.
Rob Ortt

While the general direction of this seemingly never-ending case continues to be positive, it remains a national disgrace that it has got this far.
The Editors