The Court’s decision in Chiafalo v. Washington seems sure to intensify the partisan fight over the Electoral College’s future.

Whither the Electoral College?

The Supreme Court had its say on the matter during the always-eventful last week of the term. To repeat a contention often made in these columns, the High Court has evolved into an essentially political institution, robed in the judiciary’s apolitical veneer. Given that we are a deeply divided nation, that the late-term cases are usually the most controversial, and that the four left-leaning justices — those appointed by Democratic presidents Clinton and Obama — tend to vote as a bloc in these cliffhanger rulings, one doesn’t expect many 9–0 decisions when the calendar reaches late June (let alone July).

Yet there it was on Monday: Chiafalo v. Washington. At issue was the question of “faithless electors.” Specifically, may a state enforce the pledge it compels electors to make to vote for the presidential candidate who wins the state’s popular vote? The Court’s holding that states have the power to do so was unanimous. Significantly, though, the Court was not of one mind about why.

The case is worth our attention because of what’s been going on under the radar.

Among the Left’s many transformative projects is the drive to have presidents elected by a national popular vote. The project, known as the National Popular Vote Interstate Compact, would effectively eliminate the Constitution’s Electoral College system. It would reduce the College to a nullity by requiring a state’s electors to vote for the candidate who wins the national popular vote — regardless of whether that candidate loses the state’s popular vote. As Hillary Clinton and Al Gore could tell you, that would radically change how presidents are elected, and ultimately how we are governed.

Conservatives should be unapologetic advocates for the Electoral College. In Ball of Collusion, I focused on President Trump’s against-all-odds 2016 victory. Mrs. Clinton earned nearly 3 million more popular votes nationally than he did — an impressive feat at first blush, but less so when one factors in that (a) the entire margin (and then some) is explained by California, which systematically depresses Republican turn-out and which she won by 4.3 million votes; and (b) like Trump, Clinton did not win a popular majority: More Americans voted against than for her. Trump won because of the Electoral College system. His win is a fine achievement; it should not be thought necessary to exaggerate it, as the president often does, into “a massive landslide” victory in the Electoral College, which it most certainly was not. (As one would expect in light of the popular vote, Trump’s Electoral College spread is closer to the bottom than the top on the list of the largest presidential victory margins in our history.)

Clinton also won New York by nearly 2 million votes. The Democratic Party is built on such urban power centers. Naturally, Democrats would prefer an electorate that reflects the sensibilities of Manhattan and San Francisco. The Constitution, by contrast, ensures one reflective of America, broadly. It does so through the Electoral College system, which invests our entire, richly diverse country, not just its big cities, in the contest to lead our government. Not surprisingly, George Will puts it best: “The Electoral College shapes the character of majorities by helping to generate those that are neither geographically nor ideologically narrow, and that depict, more than the popular vote does, national decisiveness.”

If it’s so great, why is the College under siege? Because it is an anti-democratic institution. The Framers gave us not a democracy but a republic, if we could keep it. They were ambivalent about democracy, and downright dour about the prospects of a direct democracy of the kind championed by today’s progressives.

Of course, the people are sovereign. We American citizens are the only source of the government’s legitimacy. But while the people generally know what they want, governance is a full-time job if its public-policy intricacies are to be mastered.

The Constitution is thus a delicate balance of democratic and anti-democratic mechanisms and rules, preserving our self-determination while enabling us to govern effectively. Yes, we conduct democratic elections, but we do so to choose officials who will be entrusted with the responsibilities of public office. They represent us, and what they owe us foremost is their best judgment — which, if it breaks too far from our perception of our interests, will result in their being voted out.

This concept of having important decisions made by highly informed, accountable representatives is in tension with today’s mindless assertions that every person, no matter how uninformed about public issues, should vote — and not according to what’s best for the country, but to what’s best for his tribe, his particular identity group.

The Framers conceived of the Electoral College as a check on pure democracy. Allowing Congress to elect the president could have given the former too much control over the latter. Having a single election for the president in one place at one time would have rendered the process vulnerable to corruption and foreign intrigue. So the idea was that the people of each state would choose electors — prominent, patriotic citizens who, like members of Congress, could be trusted to vote in their state for the president, with the interests of their state as well as the nation at heart.

That system quickly frayed with the development of political parties. It has, moreover, been marginalized over time by the turn toward popular elections. But the Framers’ conception of it still centrally involved the presumption that electors would exercise judgment.

That is what made Chiafalo so interesting. Conservatives should want to preserve the Electoral College. But nobody, it seems, wants to defend the original idea that electors are free agents, bound to vote for the person they believe is the most suitable candidate, not necessarily the candidate victorious in their state’s popular vote.

States typically reduce electors to the ministerial duty of affirming their popular vote, by making a pledge to support the victor — the Republican slate casts the state’s electoral votes if the Republican wins, the Democratic slate does so if the Democratic candidate prevails — a precondition of the job.

Chiafalo arose out of the refusal by three electors to honor their pledges to vote for Hillary Clinton when she won the popular vote in Washington state. In its ruling, the Court upheld a state’s authority to direct how its electors must vote. Writing for the majority, Justice Elena Kagan observed that even if the Framers assumed electors would vote as they saw fit, such a proposition is nowhere to be found in the text of the Constitution. For Justice Clarence Thomas — the only justice to part ways with Kagan’s rationale, though he concurred in the result — that made the case straightforward: When the Constitution is silent on a matter, the Tenth Amendment affirms that it is up to the states and the people to decide. Therefore, a state has the power to compel an elector of the state to vote for the candidate chosen by the people of the state.

Justice Kagan, however, went further. She homed in on Article II, Section 1, which says each state must “appoint” electors “in such Manner as the Legislature thereof may direct.” This is simply a constitutional directive that the state design a method for choosing electors (e.g., by popular vote or by governmental appointment). Yet Kagan inferred from it a sweeping state power to direct how the electors vote. As Thomas observes, that is not what the provision says, nor what it was understood to mean at the time of its enactment.

The case thus prepares the ground for future extravagant claims of undeniable state authority to dictate how electors must vote. It is impossible to ignore that the Court performed this spadework at the same time that the Left is cobbling together the National Popular Vote Interstate Compact — again, a multistate agreement to compel electors to vote for the candidate who amasses the largest popular vote total nationally, even if that candidate loses in the electors’ own state.

According to National Popular Vote Inc., a left-wing organization that styles itself as a good-governance group, 15 states — big ones (California, New York, and Illinois), medium-sized ones (Colorado, Connecticut, Maryland, Massachusetts, New Jersey, New Mexico, Oregon, and Washington), and even some small ones (Delaware, Hawaii, Rhode Island, and Vermont) — and the District of Columbia have formally adopted the compact. It might seem surprising to find small states assenting, since a national popular vote would drastically diminish their importance. It all makes sense, however, when you consider that compact states are blue states. For the Left, states’ rights should have gone out with the Electoral College. Today’s imperative is to elect Democrats.

The compact states now account for 196 electoral votes. The promised land, the 270 electoral votes needed to clinch the presidency, seems ever closer. If and when national-popular-vote proponents get there, they plan to put the compact into effect.

There’s a problem though. The same Constitution that gave us the Electoral College also gave us the interstate-compact clause, in Article I, Section 10, which provides that, “No state shall, without the Consent of Congress . . . enter into any Agreement or Compact with another State.” A major objective of the Constitution was to make the national government supreme over relations between the states, hence, Congress’s more widely known supremacy over interstate commerce. The Framers understood that agreements between the states, or between states and foreign governments, could threaten national cohesion and put non-party states at great disadvantage. Interstate compacts are thus prohibited unless Congress approves them.

It is a good reminder that there is a lot more to Election Day than the race for the presidency. Conservatives should fight to preserve the Electoral College, and if Democrats want to eliminate it and change the way we vote, they should be made to comply with the Constitution’s arduous amendment process. But if you don’t think a Democrat-controlled Congress would approve a Democrat-driven compact to make Democrat-controlled cities the determinant of American presidential campaigns, you’re not paying attention. 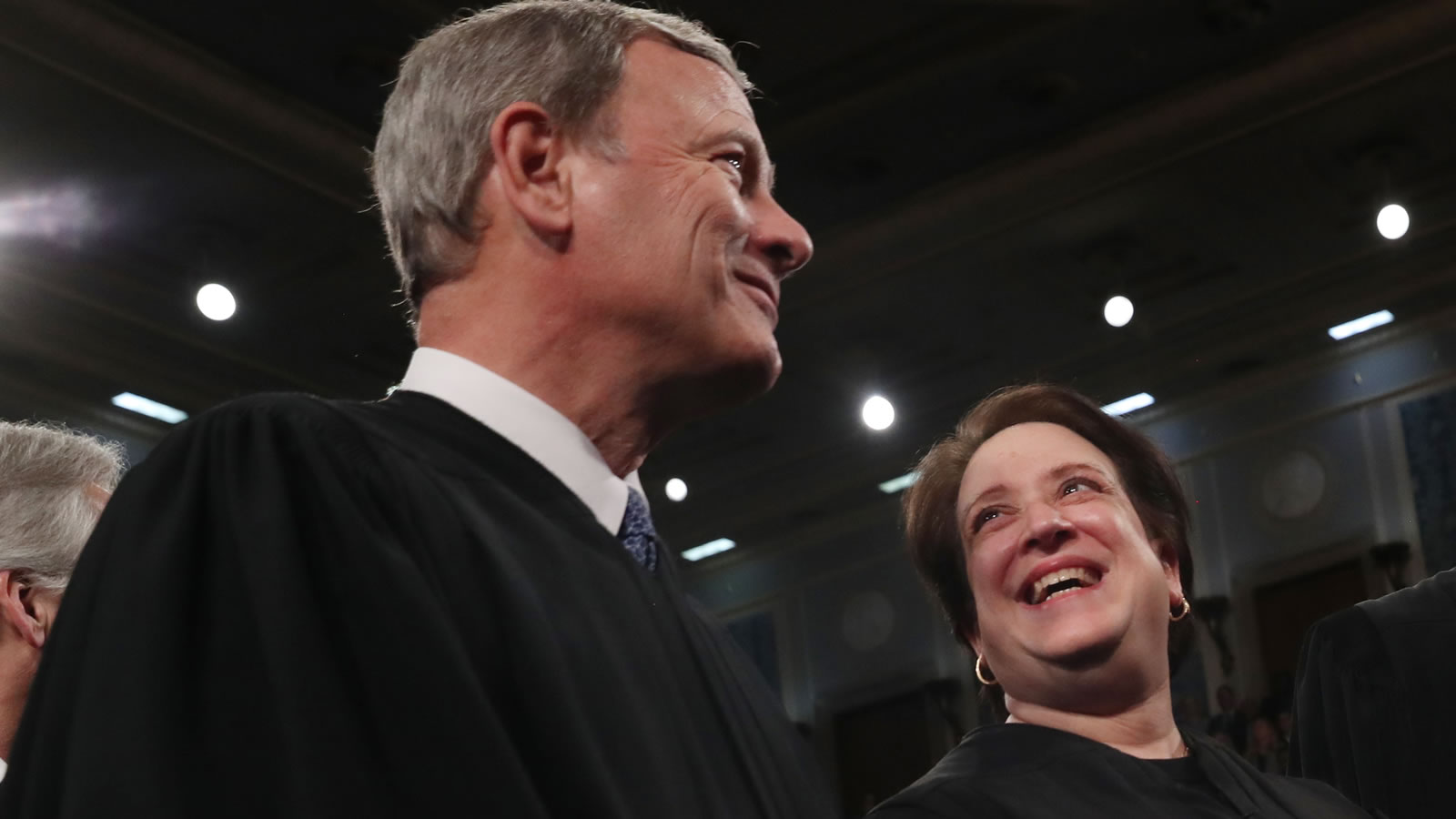