Allowing retail investors to have access to private-equity funds will improve economic mobility.

While the rise of the 401(k) is a terrific innovation allowing retirees to customize their investment portfolios to their own needs, it has also barred savers from the higher returns on offer in private-investment vehicles.

Depending on the metric, private-equity indices have outperformed the S&P 500 stock index to various degrees over past few decades. From Q1 1994 to 3Q 2019, the average annual return for the Cambridge Associates U.S. Private Equity Index was 14.7 percent, compared with 10.5 percent for the S&P 500 over the same time horizon. 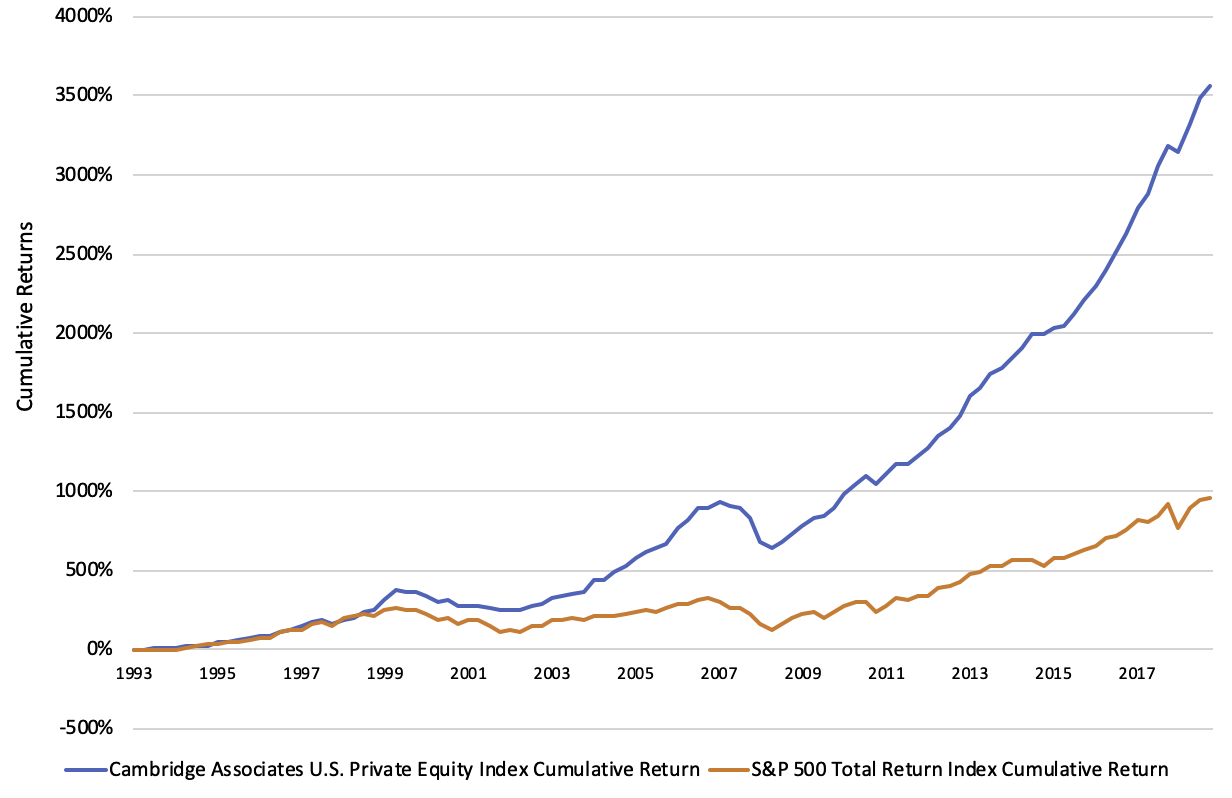 Some argue that this outperformance is due to investing in small market-capitalization “value” companies (which have outperformed the S&P 500 over the long run) as well as an “illiquidity premium” that compensates investors who lock up their money in private companies.

Another benefit of the regulatory change is that 401(k) plans will have the ability to invest in top-performing funds, which have shown some ability to consistently outperform the median, according to economists Arthur Korteweg and Morten Sorensen. According to the 2020 McKinsey Private Equity report, the top quartile of private-equity funds returned approximately 20 percent annually from 2000-19, while the median fund returned 12 percent.

While 401(k) plans have always been able to invest in publicly traded private-equity stocks such as KKR, Apollo, and Blackstone, these stocks do not allow for granular, fund-level selection. Now 401(k) firms can invest in mutual funds that pick private-equity funds they think will outperform going forward.

Finally, private-equity funds can improve diversification in a portfolio since they are not perfectly correlated with any other asset class. When this happens, investors can reduce the volatility of their portfolio by allocating some money to each asset class.

Most important, the individuals who will be able to access these types of investment benefits are not the top one percent. The regulatory change could decrease the often-cited inequality metrics of Emmanuel Saez and Thomas Piketty.

Participation in any retirement plan for families ages 35-64, By Income Quintile

While these graphs may imply that those in the top quintiles disproportionately benefit from the new Department of Labor Guidance on 401(k) PE access, it’s important to remember that many in the top quintile already have access to private equity since they qualify as “accredited investors.” To be an accredited investor, one must either have net assets of at least $1 million, or a gross income for each of the last two financial years of at least $250,000. According to the Economic Policy Institute using data from the Social Security Administration, the top 5 percent of earners make $309,348 annually as of 2018.

Inequality researchers may want more government control to put a chicken in every pot, but this regulatory change, allowing for private equity in every retirement portfolio, is an example where less government and more freedom can help lower-income groups get ahead.

It won't deflect the public’s attention from the administration’s abysmal record.
The Editors