The recovery from the COVID-19 recession has been remarkably swift by historical standards.

The U.S. has undergone two of its most wrenching economic downturns within just a dozen years: the 2008 financial crisis and the coronavirus pandemic. How do the two recoveries compare?

Significant recognized indicators in addition to GDP include nonfarm payroll employment, retail sales, industrial production, durable-goods orders, and housing starts, all of which are measured monthly.

In the table below the percentage change in these indicators is measured from the month before a recession to the bottom or trough of the recession and then five months from the trough, using dates provided by the recognized arbiter of recessions, the National Bureau of Economic Research. NBER hasn’t yet dated the end of the pandemic recession, but April 2020 is likely to be selected. 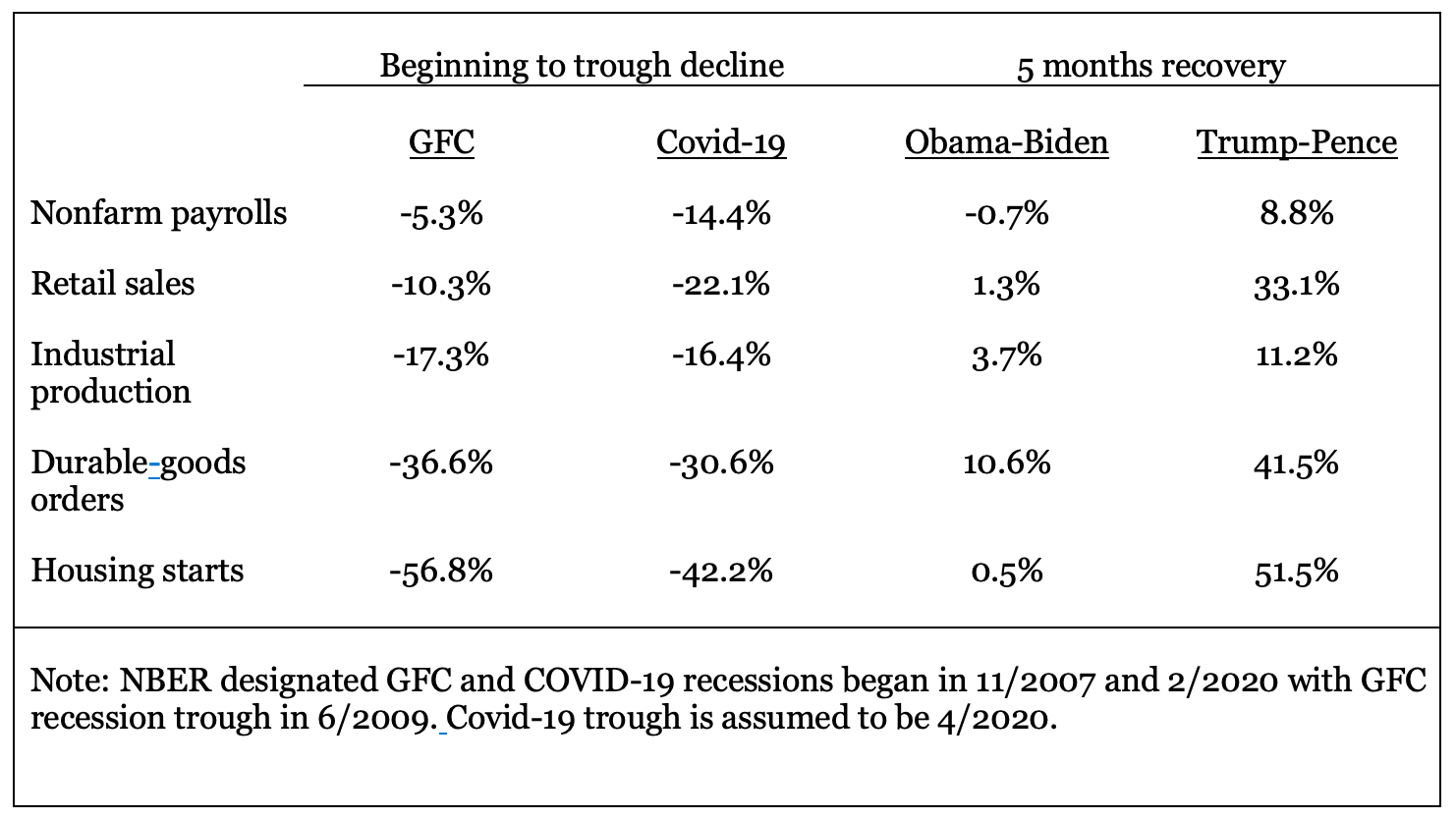 Both recessions saw among the worst declines since the Great Depression. The COVID-19 recession had the worse of employment and retail sales while the 2008 crisis had the worse experience with industrial production, durable goods, and housing starts. In each category, the Trump administration recovery was dramatically stronger than that under Obama and Biden. Retail sales and housing starts grew 25 and 100 times faster under Trump than under Obama. Industrial production and durable-goods orders rose over three times faster now than then. Employment increased 9.5 percent faster under Trump.

The Obama-Biden recovery was so much slower, it took many more months to provide the growth seen in the Trump recovery’s first five months, as illustrated in the next table. 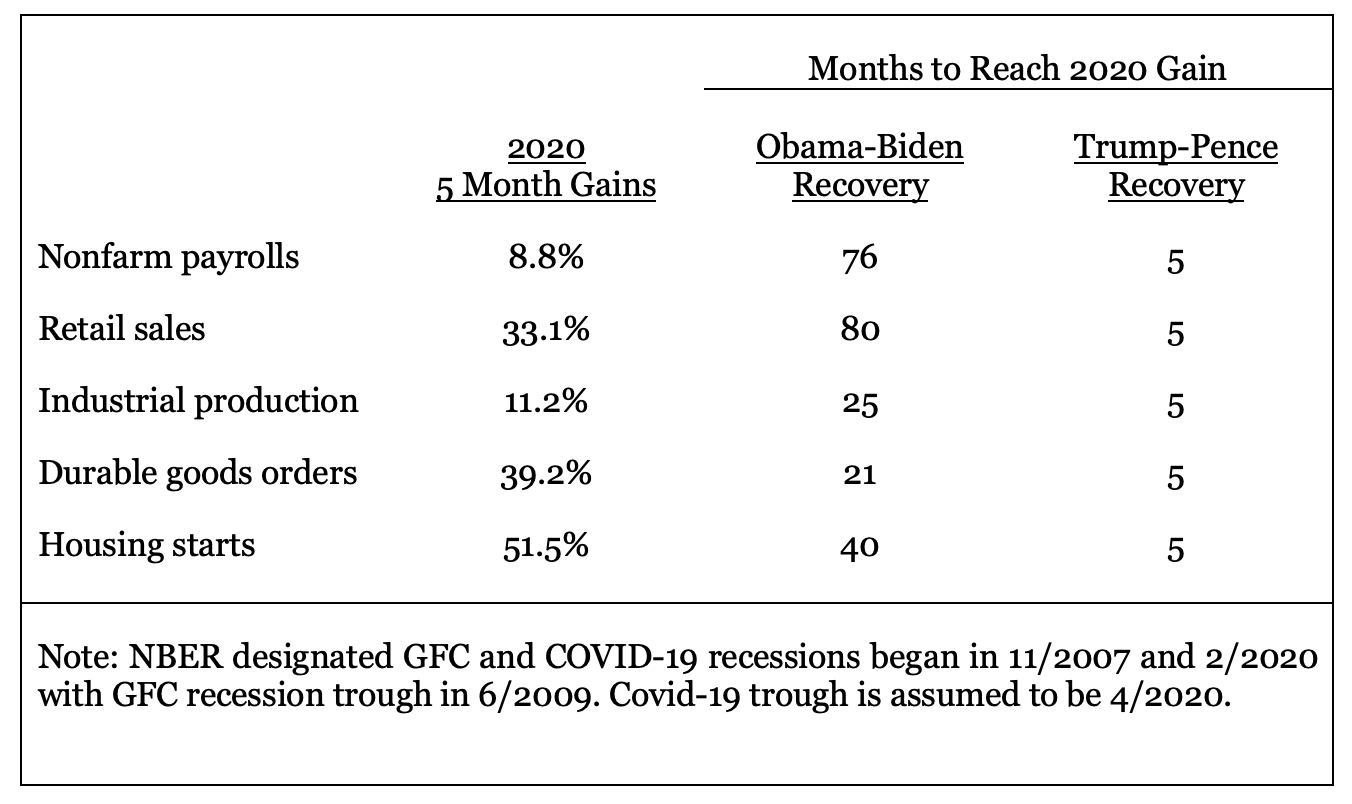 It took the Obama-Biden administration over six years to produce the job growth and retail-sales gains the Trump administration produced in five months. Industrial production, durable goods, and housing starts all grew much more rapidly under Trump than Obama-Biden.

Trump critics blame the pandemic recession on his administration’s mishandling of the virus. Whatever missteps there might have been, the U.S. economy is performing better than peer economies that may, to a greater or lesser extent, have responded differently to the coronavirus. The International Monetary Fund predicts that from 2019 to 2021, the U.S. will have grown over 3 percent faster than the euro zone and Japan.

To be sure, the two great recessions, similar in many respects, also have differences, so their courses may not be entirely comparable, but they don’t need to be precisely compared. The sluggish first five months of the Obama-Biden recovery led to the slowest recovery in U.S. history. While there remains a long distance to full recovery from the pandemic (and the implications of a second wave remain, for now, unknowable) the Trump administration’s first five months of recovery are the nation’s fastest ever.